Sydney: A second straight four-goal haul means Australia and Korea Republic will battle for top spot in Group A in Brisbane at the weekend after Ange Postecoglou’s Socceroos handed Oman a comprehensive 4-0 defeat at Stadium Australia on Tuesday evening to advance to the quarter-finals of the AFC Asian Cup Australia 2015.

A draw will be enough for the tournament hosts on Saturday evening to win the group on goal difference and set up a quarter-final clash with the runners-up in Group B, after two goals in three minutes from Matt McKay and Robbie Kruse sent Australia on their way to an impressive victory.

A penalty from Mark Milligan and a close range strike from second-half substitute Tomi Juric added to Oman’s woes in a game in which Paul Le Guen’s side were totally outclassed.

Coupled with Korea’s 1-0 win over Kuwait earlier on Tuesday, the two quarter-finals berths from Group A have now been filled, with only the positions at the top of the table left to be determined.

McKay was drafted into the starting line-up as Postecoglou made three changes to the team that handed Kuwait a 4-1 thrashing in the opening game, with injured captain Mile Jedinak replaced by Mark Milligan, and McKay and Jason Davidson came in instead of James Troisi and Aziz Behich.

The changes did little to disrupt the rhythm of the Socceroos, who steadily took control of the game after an early scare, when Raed Saleh’s third minute thunderbolt from long range was brilliantly palmed to safety by Mat Ryan.

However, the Socceroos – just as they did against Kuwait in the tournament opener in Melbourne – slowly took control of the game and by the time the clock had ticked past the halfway point in the opening period, Australia were in total command.

Tim Cahill – captain for the night in Jedinak’s absence – twice went close with looping headers before McKay, one of the heroes of Australia’s run to the final in Qatar four years ago, put his side in front.

Robbie Kruse’s 27th minute corner from the Omani right was headed goalward by Trent Sainsbury and McKay scooped the ball over the line from close range to lift the majority of 50,276 fans to their feet.

Three minutes later the Australians doubled their advantage, with Kruse this time starting and finishing a fine move with a run from just inside his own half, laying the ball off to Massimo Luongo, whose return pass the Bayer Leverkusen striker slipped under Ali Al Habsi.

Milligan converted from the spot three minutes into first half injury time after Cahill was hauled down by Ali Al Busaidi as the Socceroos closed out an impressive opening 45 minutes with another goal.

Cahill and Luongo made way for Juric and Mark Bresciano five minutes after the restart and, with 20 minutes to go, Western Sydney Wanderers’ striker Juric put the seal on the win with a sliding finish after Leckie’s superb cross from the left with the outside of his right boot gave the Omandefence little chance. 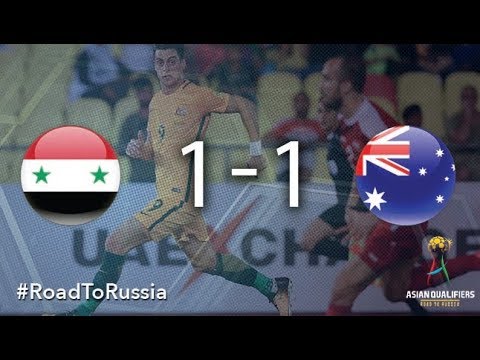 Bailey Wright is surprised by his old man on Father’s Day
With some help from our friends at NAB, we flew Trent Sainsbury, Robbie Kruse, Massimo Luongo and Bailey Wright’s dads to Melbourne for Father’s Day to surprise their Socceroo sons!

A very happy Father’s Day to all the dads in the football family!

Check out the videos below to see our Socceroos surprised by their dads!

*Kruse has signed with VFL Bochum, who play in Germany’s 2.Bundesliga.

*The 28-year-old joins the club after parting ways with Chinese club Liaoning Whowin in May.

*The Socceroo has had previous stints in Germany with Bayer Leverkusen, Stuttgart and Fortuna Dusseldorf.

“The club is very professional, the stadium is great and the atmosphere awesome,” Kruse told Bochum’s club website.

“I remember that from matches I have played against VfL. The club aims high and I hope that I can contribute my bit to reach their goals.”

“Robbie Kruse is a very fast player. He prefers coming over the wings and therefore meets the requirements perfectly,” VfL’s Director of Sports Christian Hochstätter said.

“We have been keeping an eye on him for a while now and at the recent Confed Cup he reached a more public representation.

“He played in Bundesliga before, so he is aware of the demands in Germany. He also speaks German. The integration should not be a problem.

“We are happy that we were able to sign him in the second attempt.”

With it all to play for in Monday morning’s (AEST) final group match against Chile, Robbie Kruse says the Caltex Socceroos are seeking an elusive 90-minute performance.

Ange Postecoglou’s side must be the South American powerhouses to keep their faint hopes alive of progressing to the semi-finals.

And while three points is the main goal at the Otkrytie Arena, Kruse knows a consistent performance across the entire match will be key to Australia’s hopes against Alexis Sanchez and co.

CONSISTENCY THE KEY AGAINST CHILE

“We’re keeping possession well and working our opponents around.

“We probably just need to be a bit more ruthless and take some chances when we’re dominating,” he said.

A lot of people criticise Robbie Kruse, but he is word class at making forward runs and it's already made a huge difference. 👍 #CAMAUS

AUSSIES WELL AWARE OF THE EQUATION

The Caltex Socceroos know exactly what is required if they are to progress to the semi-finals of the “Tournament of Champions.”

“We need to win the game by two goals,” explained Kruse.

“They’re number four in the world, so of course it’s going to be difficult.

“We’re still alive in the tournament, but it’s going to have to be a good performance collectively and from everyone individually,” he said.

Nobody's reached the semis yet …
So how do we separate the #ConfedCup contenders? 🤔
Read our tie-breaker rundown https://t.co/SlxicPYY5B

The playing and travelling timetable for the Caltex Socceroos has been extremely taxing, with the side moving from Saint Petersburg to Moscow for their final pool match.

The game kicks off less than 72 hours after the final whistle in the Cameroon clash.

“Some players have had to play two full games and it’s very demanding for them.

“I’m sure the boss and the coaching staff will assess everything.

“Hopefully the team we put out on the park will get the job done,” he said.

After Brazil eased past Ange Postecoglou’s men 4-0 in a friendly on Tuesday night, Caltex Socceroo striker Robbie Kruse said the loss was a good learning curve ahead of the Confederations Cup.

Kruse spoke to Fox Sports after the game.

Kruse on Australia’s display “We tried to be brave and play out from the back, which we did a lot. “We were good in patches. We played pretty well considering they are the number one team in the world.

Coutinho at the MCG. A treat. Next level. https://t.co/74PiVt03TJ pic.twitter.com/qbQnzvMCSL

“But we’ll learn from this for the Confederations Cup.” Two set-piece goals conceded “It’s disappointing we lost 4-0. And two set pieces, which we shouldn’t concede [from]. “But we’ll take the positives and negatives and build on this.

After a tough start, the @Socceroos have fought their way back into the contest. #AUSvBRA #GoSocceroos

“The coaching staff will analyse the game thoroughly and hopefully we’ll do better in the first game of the Confederations Cup [against Germany] where it becomes about winning games and getting through the group stage.”

On the early Brazil goal

“It’s disappointing they score inside the first 30 seconds.

“It obviously sets the tone but we recovered well from that and the first half was really good.”

Robbie Kruse – A product of Brisbane Roar, he’s been to Germany and China but really shone at Melbourne Victory. Currently uncontracted.