A military choir performance is under way in Pyongyang on Feb. 22, 2017, to mark the 70th anniversary of the founding of the State Merited Chorus. (For Use Only in the Republic of Korea. No Redistribution) (Yonhap) (END)

Young North Koreans dance in the streets of Pyongyang on Aug. 25, 2016, during a party celebrating the 56th anniversary of the Day of Songgun. Songgun, meaning military first, was a centerpiece policy of the country’s late former leader Kim Jong-il. (For Use Only in the Republic of Korea. No Redistribution) (KCNA-Yonhap) (END)

SEOUL, July 18 (Yonhap) — South Korea’s Ministry of Unification said on Monday that North Korea could conduct its fifth nuclear test whenever it wants, amid growing speculations that the reclusive country may be planning another detonation following increased activity detected at its underground nuclear site.

“North Korea seems to be fully prepared to carry out a nuclear test at any time (when the order is given by its leader Kim Jong-un). South Korea is closely monitoring every move at the North’s test site in close cooperation with the United States,” unification ministry spokesman Jeong Joon-hee said at a regular press briefing.

South Korean and U.S. intelligence sources said Sunday they had detected a spike in movement of vehicles and personnel at the North’s nuclear test site in Punggye-ri, in the northwestern part of North Korea. The rise in movement comes after Seoul and Washington on July 8 announced their plan to deploy the Terminal High-Altitude Area Defense (THAAD) system in South Korea by 2017.

The ministry didn’t provide any further details on the North’s preparations for a possible nuclear test.

Early on Monday, Japan’s Kyodo News said that signs have been spotted of North Korea preparing to carry out a nuclear test as early as this month, citing government officials from South Korea and Japan.

North Korea conducted nuclear tests in 2006, 2009 and 2013, drawing international condemnation and U.N. sanctions. It conducted its fourth test in January of this year, that caused the United Nations to slap the toughest ever sanctions to date on the country. 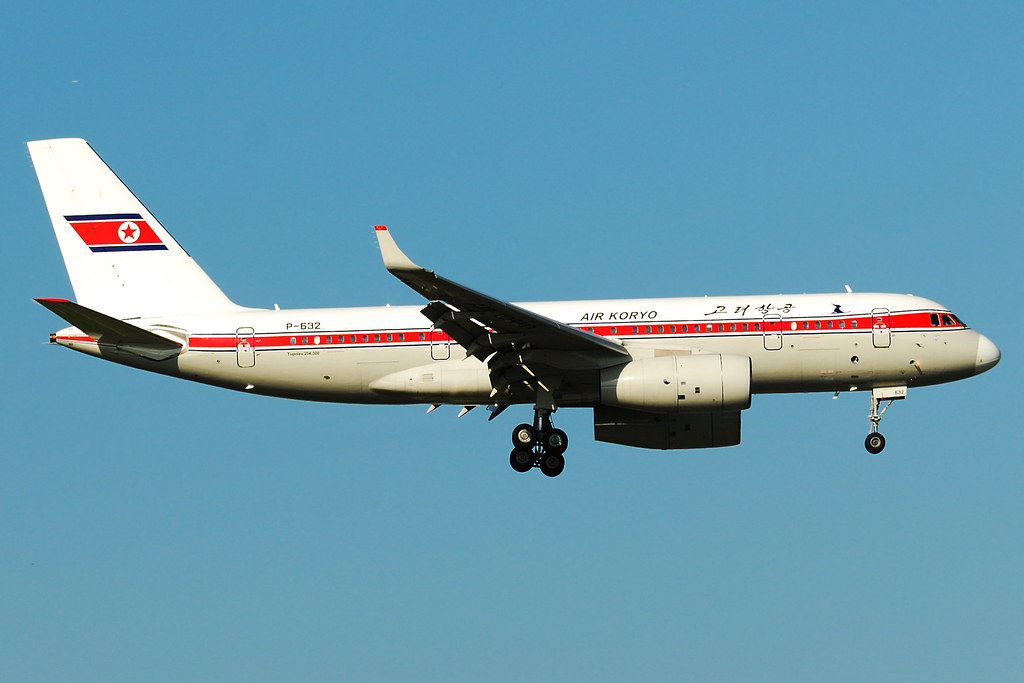 Air Koryo did not operate the Pyongyang-Kuwait route in March and April but resumed the route for one flight last month.

Based on data from Flight Radar 24, a website that tracks flights around the world, VOA said Air Koryo flight JS161 heading for Kuwait from Pyongyang was spotted by radars flying above the North Korean city of Sonchon, North Pyongan Province, at 5:43 p.m. on June 28.

The plane was later spotted flying westward over China’s northeastern city of Shenyang to the Middle East region and was presumed to have already arrived in Kuwait after a stopover at Islamabad, Pakistan, according to VOA report.

The North Korean flight normally conducts a transit and re-fueling stop in Islamabad on the Pyongyang-Kuwait route.

The North’s Air Koryo is known to be operating the Pyongyang-Kuwait route to mainly transport North Korean workers to and from the Middle East country.

North Korea is reportedly experiencing hardships as it has been under strict international sanctions for its nuclear and missile tests earlier this year. The U.N. Security Council resolution passed in early March included a ban on the export of aviation fuel to the reclusive country. (Yonhap)

An employee is at work at “Ryongwang” tea house in downtown Pyongyang in this photo obtained by Yonhap News Agency on June 14, 2016. Coffee, beverages and other food items from Japan, often a target of North Korea’s harsh broadsides, were available. The photo is one of some 1,000 taken May 4-24 in Pyongyang and Sinuiju, a North Korean city near the border with China. (For Use Only in the Republic of Korea. No Redistribution) (Yonhap) (END)

A public security official, his motorcycle parked next to him, monitors traffic in Pyongyang in this photo obtained by Yonhap News Agency on June 14, 2016. The photo is one of some 1,000 taken May 4-24 in Pyongyang and Sinuiju, a North Korean city near the border with China. (For Use Only in the Republic of Korea. No Redistribution) (Yonhap) (END)

Members of North Korea’s young vanguard hold a rally in Pyongyang on May 24, 2016, where they vowed to carry out the decision of the recently closed congress of the Workers’ Party of Korea (WPK), in this photo released by the Korean Central News Agency. North Korean leader Kim Jong-un was named the new chairman of the WPK at the congress that ended on May 9. (For Use Only in the Republic of Korea. No Redistribution) (Yonhap) (END)

Government officials and people turn out in Pyongyang for the groundbreaking ceremony for Ryomyong Street in this photo released on April 3, 2016, by the North’s state-run Korean Central News Agency. The street, which will run between key ideologically celebrated buildings, including the palace where the country’s former leaders lie in state, will “uphold the peerlessly great men” of the country and symbolize the nation’s bright future, the daily said. (For Use Only in the Republic of Korea. No Redistribution) (Yonhap) (END)

The Workers’ Party of Korea plans to hold its first party congress in 36 years in May, where North Korean leader Kim Jong-un will likely unveil new lines of policies. Seoul’s spy agency said that the event is expected to be held on May 7.

A source familiar with North Korean affairs said the country started the process to select candidates for delegates at counties and cities for the event in mid-March.

“Given past records, a list of representatives for the party congress may come out by mid-April,” the source said.

Around 3,000 delegates are expected to join the days-long party congress to be held in Pyongyang, it said.

North Korea’s state media has yet to publicly comment on details over its preparation for the event. Seoul’s unification ministry declined to confirm the North’s move.

The party congress is likely to serve as a key event that will reveal the North Korean leader’s policy direction in his fifth year in power. Kim inherited power following the sudden death of his father Kim Jong-il in late 2011.

It will mark the first party congress since October 1980, as well as the first since Kim took power.

But the young leader has shifted his focus to the party while pursuing his signature policy of developing nuclear weapons and boosting its moribund economy in tandem, commonly known as the “byeongjin” policy.

Seoul and Washington have warned that the North’s dual-track policy is a dead end.

In the past, the North made key political decisions or unveiled policies at its party congress. Also, it had major reshuffles in the party’s leadership.

“North Korea may seek to carry out a shift in generations in the party’s leadership at the May congress,” said a ministry official.

In early March, the United Nations Security Council slapped the strongest sanctions on the North in decades over its January nuclear test and long-range rocket launch in February.

Analysts said that the planned party congress may be held during a shorter period of time, given that there would be few countries which will send their delegates to North Korea due to its latest provocations.

“The party conference is likely to proceed for three to five days, mostly with local delegates,” said Cheong Seong-chang, a senior researcher at the Sejong Institute.

He said that the North’s leader is expected to unveil his vision for governance over the next 10 years, reaffirming his dual pursuit of economic growth and nuclear weapons development.