Federal police are seeking public help to uncover who is behind 15 unauthorised radio transmissions with aircraft and air traffic controllers at Melbourne and Avalon airports.

The Australian Federal Police says it is investigating the rogue radio broadcasts that have occurred at the two airports in recent weeks.

In a joint-statement with the Australian Communications and Media Authority (ACMA) and Airservices, AFP head of crime operations acting assistant commissioner Chris Sheehan said the incidents were being treated “extremely seriously”.

“The AFP, Airservices, the Australian Communications and Media Authority (ACMA) and the aviation industry are all committed to ensuring the safety of the travelling public,” Sheehan said in a statement.

“These incidents are being thoroughly investigated by the AFP, with technical support from the ACMA.

“The airlines have been briefed to ensure the advice has been passed on to their pilots and to ensure appropriate measures are in place.”

Sheehan said there were appropriate procedures, processes and systems in place to ensure the safety of aviation operations at airports in Victoria and across the country, as well as air travellers.

Airservices said in the statement that “at no time was safety jeopardised as a result of these calls”, adding that it was working closely with the AFP and the airlines on the matter.

The statement said the person responsible for the unauthorised transmissions faced up to 20 years’ jail.

Anyone with information about this matter is urged to contact Crime Stoppers on 1800 333 000. Information can be provided anonymously.

In the audio of one incident obtained by the ABC, someone pretending to be a pilot can be heard telling air traffic control his aircraft has suffered an engine failure.

Another incident involved a flight from Gold Coast to Melbourne where pilots of the aircraft aborted their landing after receiving instructions from someone pretending to be air traffic control.

The airport handled 777,690 international passengers in August, up from 729,795 in the prior corresponding period. There was also growth in international travellers at Brisbane, Perth and Sydney.

Over the past 12 months, Melbourne has welcomed the Scoot’s flight to Singapore (November 2015), Xiamen Airlines’ service to Xiamen (July 2015) and China Airlines’ Taipei-Melbourne-Christchurch offering.

“It’s important to recognise the significance of new airlines opening up Melbourne routes – both in terms of bringing international visitors to our wonderful state and city, and providing more travelling options for Victorians in return,” Strambi said in a statement.

Meanwhile, domestic traffic at Melbourne Tullamarine rose a more moderate one per cent to 2.02 million.

The airport said the 2.8 million total passengers for the month was the highest ever figure for August at Tullamarine.

Sydney Airport also posted healthy passenger growth in August, with the number of international travellers up 7.6 per cent in the month to 1.2 million, while domestic travellers were 2.9 per cent higher at 2.2 million.

There was more moderate growth at Brisbane Airport, where international passengers was up 2.9 per cent in August at 457,187, while its domestic terminals handled 1.5 million travellers, an increase of 2.3 per cent from the prior corresponding period.

And at Perth Airport, the growth in international passengers helped offset a drop in domestic travellers in August, as the slowdown in mining activity impacted demand for intra-state travel.

Melbourne Airport has been running a comprehensive trial of SITA’s self-service boarding technology.

A self-boarding gate has been in operation at Melbourne’s international terminal (T2) for the past three months where passengers have scanned their own boarding passes to gain access to the aircraft.

“As Melbourne Airport focuses on optimising the efficient use of assets, technology and innovation play an increasing role in providing better customer service,” Melbourne Airport’s Michael Jarvis said in a statement on Tuesday.

SITA and Melbourne Airport worked together during the trial to identify improvements to be implemented into future updates of the self-boarding system.

Results of the trial are currently being analysed, with the airport assessing the system’s speed of processing, passenger perception and accuracy.

The self-boarding technology is based on SITA’s common-use platform, which has already seen self-service check-in kiosks and automated bag drop facilities installed at Melbourne Airport.

“Working closely with expert vendors and service providers, like SITA, facilitates the testing of world-class solutions at Melbourne Airport and allows our passengers to be among the first to experience leading-edge technology that will improve their experience,” Jarvis said.

At Melbourne Tullamarine, international passengers were up 7.3 per cent in March at 763,848, compared with the prior corresponding period.

“This continued and consistent growth shows great faith and confidence from our airline partners who continue to increase their services to Melbourne.,” Strambi said in a statement.

“Our third quarter results are also particularly pleasing, with growth achieved in all key international markets compared to the same period last year.”

The largest increases in international travellers to Melbourne were from Hong Kong (39.3 per cent), Singapore (37.1 per cent) and Japan (27 per cent). The start of Etihad’s second daily flightfrom Tullamarine to Abu Dhabi that kicked off in August 2015 has also boosted the number of European visitors to the Victorian capital, Melbourne Airport said.

Meanwhile, Sydney Airport handled 1.211 million international passengers in March, up 7.9 per cent from the prior corresponding period.

“This exceptional growth continues to be driven by seat capacity from new and existing airline customers,” Mather said in a statement.

“Growth in Japanese nationals was the largest international inbound contributor to passenger growth.”

There was also healthy growth for domestic travellers, with Sydney reporting a rise of 4.4 per cent and Melbourne Tullamarine posting a 3.3 per cent improvement.

By contrast, Perth Airport handled 1.1 per cent fewer domestic passengers in March, amid a slowdown in mining activity in Western Australia. 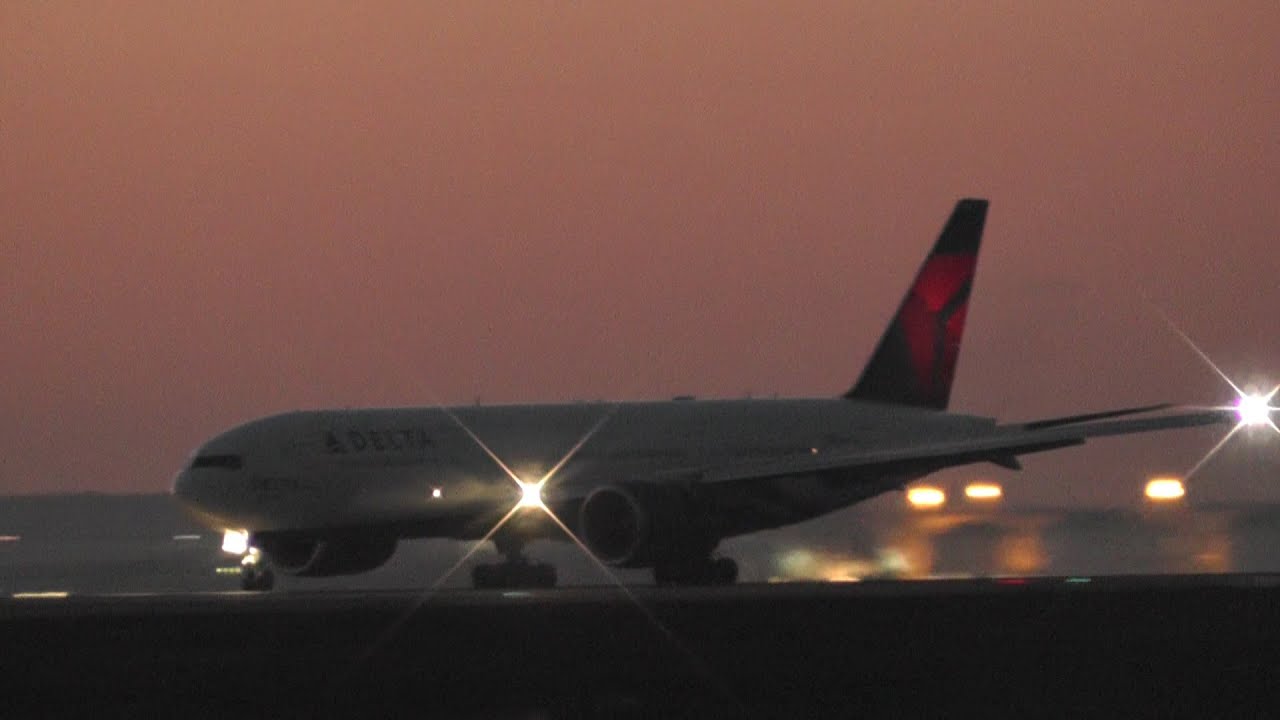 Australia’s consumer watchdog the ACCC is rebuking the country’s major airports – particular those in Sydney and Melbourne – over the prices charged for airport parking, resulting in exorbitant profit margins at the expense of value for travellers.

That represents a mark-up of over 270% on the actual costs of building, running and maintaining the parking facilities, with Sydney Airport not far behind in converting 71.6 cents from every parking dollar earned into profit.

Brisbane and Perth Airports also enjoyed generous margins on airport parking of 67.2% and 63.7% respectively, which the ACCC attributed to a “lack of competitive pressure” from other providers.

While booking a car space online can sometimes avoid paying the full sticker price, the ACCC also found that the best savings were typically had when parking for longer durations, rather than shorter stays which weren’t as discounted.

“The ACCC found that consumers parking at the airports could save up to 66.5 per cent for longer durations by booking online,” said ACCC Chairman Rod Sims.

“Consumers should consider all of their options, including whether they could obtain a cheaper rate by booking online or using an off-airport parking operator,” Sims added.

Australia’s two busiest airports have posted healthy gains in international passengers led by a strong rise in the number of Chinese visitors.

Melbourne Airport said the number of overseas travellers through Tullamarine in October rose 10.2 per cent to 764,998, compared with the prior corresponding period.

Meanwhile, Sydney Airport said international passengers passing through its terminals was up 5.1 per cent at 1.176 million in October.

Chinese visitors to Melbourne were up 35.4 per cent in October, while the rose 23.6 per cent at Sydney Airport.

“Chinese growth was significantly higher than our four year average growth rate of 16.4% due to strong Golden Week demand which runs annually in the first week in October,” Sydney Airport chief executive Kerrie Mather said in a statement on Friday.

Load factors on international flights at Sydney Airport rose 2.6 percentage points in October, while capacity was up 1.5 per cent.

It was a more subdued picture in the domestic market, with Sydney Airport reporting an 0.1 per cent drop in local travellers in October, compared with the prior corresponding period, while Melbourne Airport experienced a slender 0.8 per cent increase.

The 17 men and women have graduated from the Airservice Learning Academy course at Melbourne Airport, having undertaken theoretical and practical training that included simulated aircraft and structural fires.

Members of graduating class have been stationed at various airports around Australia, including newly opened fire stations at Gladstone and Newman.

“The fire fighters will join highly trained teams which provide a vital layer of safety for all users of the airport,” Airservices executive general manager for aviation rescue fire fighting Michelle Bennetts said.

Airservices said in a statement on Friday Ballina and Coffs Harbour airports would also get new fire stations in the coming months.

Regular visitors at Melbourne Airport are already used to the sight of the Boeing 787, given Air India, Jetstar and United are regular operators at Tullamarine with the Dreamliner.

However, those around the airport on Sunday afternoon witnessed the arrival of a 787 in a not-often-seen livery in this part of the world.

The aircraft, featuring an all-white fuselage, red cheatline below the passenger windows and UAE flag on the tail, belongs to Abu Dhabi Amiri Flight, which provides air transport for the government of Abu Dhabi.

Abu Dhabi Amiri Flight picked up the 787-8 from Boeing’s Everett delivery centre just outside Seattle on January 4 2014. Its fleet comprises 10 aircraft and ranges from larger widebodies such as a Boeing 777-300ER and 747-400, to smaller Avro RJ70 and RJ100 aircraft.

It is unclear whether the arrival of A6-PFC was for an official or private visit, and comment has been sought from the UAE embassy in Canberra.

However, the UAE national team was due to play its opening match of the cricket World Cup on Thursday in New Zealand against Zimbabwe so perhaps the Royal Family was on its way across the Tasman to cheer on the team.

While international traffic in to and out of Australia continues to grow, the nation’s three major eastern states airports all posted declines in the number of domestic air travellers in January.

Brisbane, Melbourne Tullamarine and Sydney airports all had fewer domestic passengers in January compared with the same month a year earlier.

Domestic travellers fell 1.7 per cent at Sydney Airport in January, its first monthly decline since March 2014.

Meanwhile, Melbourne Airport domestic passengers fell 0.3 per cent in January and were down 2.7 per cent at Brisbane Airport.

Virgin Australia chief executive John Borghetti said on Thursday the goings on in Canberra had played a role in keeping the consumer sentiment subdued and overall demand sluggish.

“The leisure part of the market is the difficult one,” Borghetti said at Virgin’s first half results presentation on Thursday.

“Certainly some of the issues that are around Canberra play a part in that.

“You can throw that in where you like – well it’s government stability, or you can say well, you know it’s the Senate or it’s the independents but it doesn’t really matter because in the end it affects sentiment.”

The story was better on the international front, with the three airports increasing the number of passengers travelling into and out of Australia.

Sydney Airport said extra capacity and growing load factors helped push the number of international travellers through the airport up 1.4 per cent in January.