Will 2017 be a better year for job seekers in UAE?

While the latest Monster Employment Index (MEI) registers a 35 per cent decrease in November’s online job opportunities in the UAE compared to the same period in 2015, evidence suggests that 2017 will be a better year for job seekers.

According to research recently conducted by Hays, more than half of GCC workers surveyed are considering leaving their current employer in 2017 while 14 per cent of UAE employers claim they do not have the talent needed to achieve next year’s objectives.

This is further emphasised in separate study by Manpower Group which shows that over two thirds of surveyed employers are looking to expand workforce in the coming 12 months.

With employees leaving and employers in need of relevant talent, job opportunities are likely to rise in 2017.

Top job sectors
The latest MEI, based on a real-time review of job opportunities from a large representative selection of career web sites and online job listings, reveals that Purchase/ Logistics/ Supply Chain occupations were the only segment to register growth at 19 percent, while the Education industry registered the least decline in online hiring at -1 percent.

Finance and Accounting occupations demonstrated the steepest decline among industries surveyed with a -49 percent fall from the same period last year while Banking, Financial services and the Insurance industry showed the lowest year-on-year growth in online recruitment at -39 percent.

In the wider Middle East region, online recruitment is down by 44 percent with the Hospitality sector demonstrating the largest decline at -66 percent, while IT and Telecom is among the only sectors to register growth at 5 percent from November 2015. 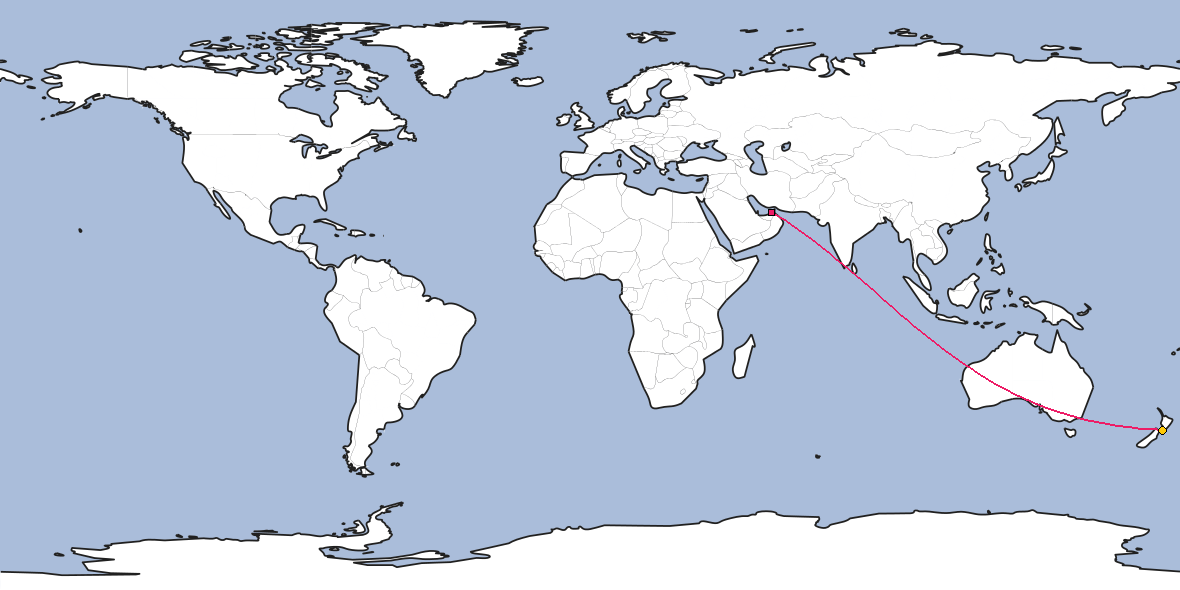 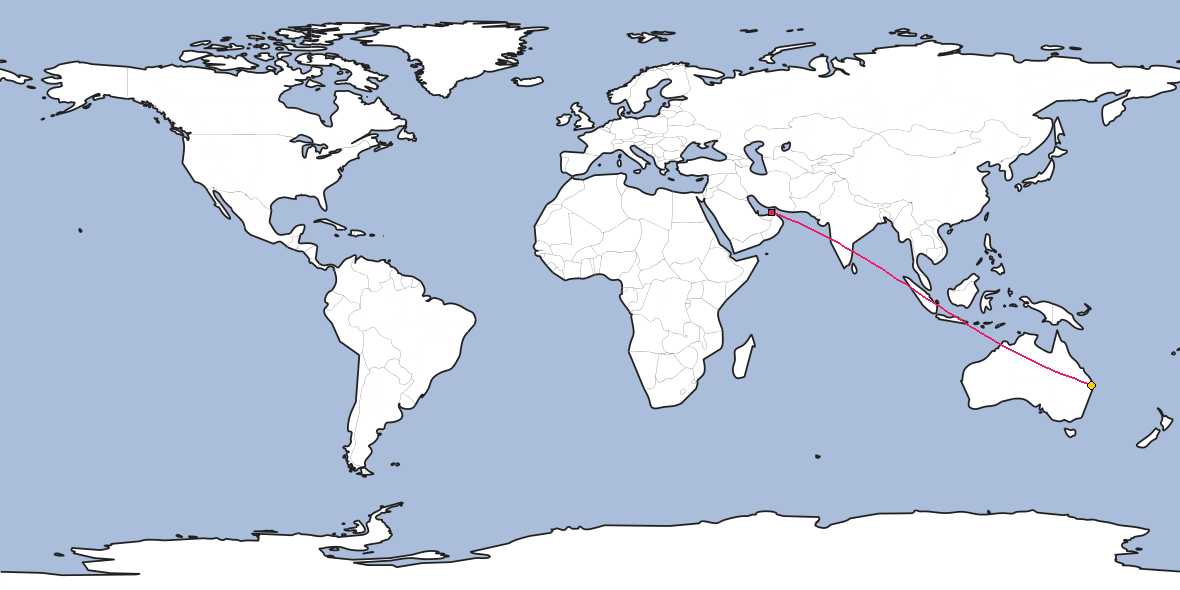 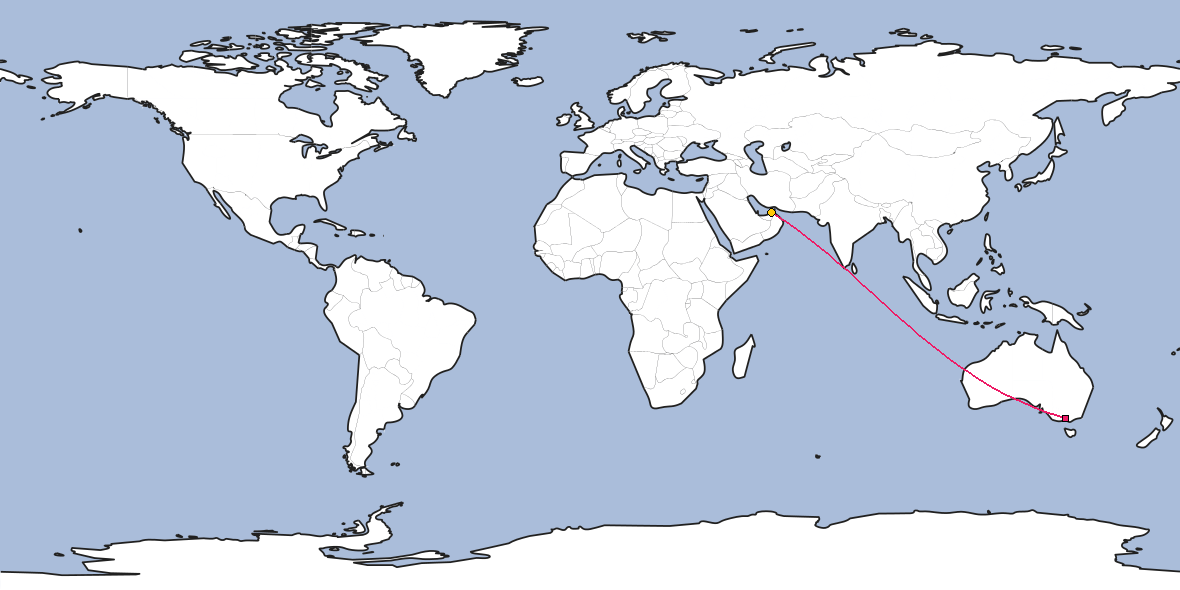 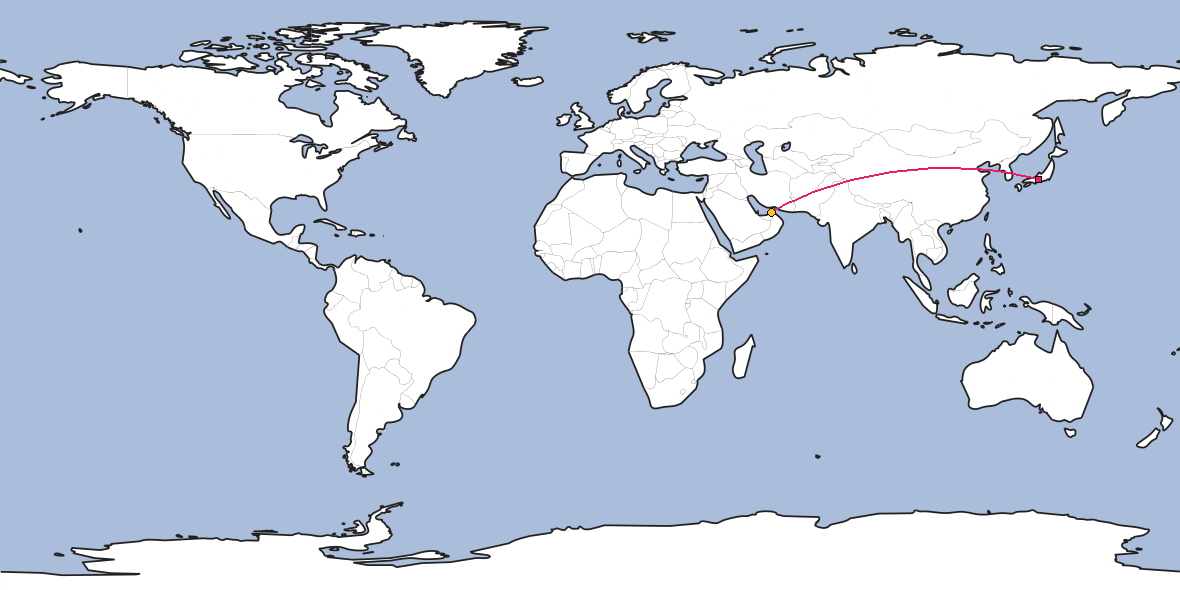 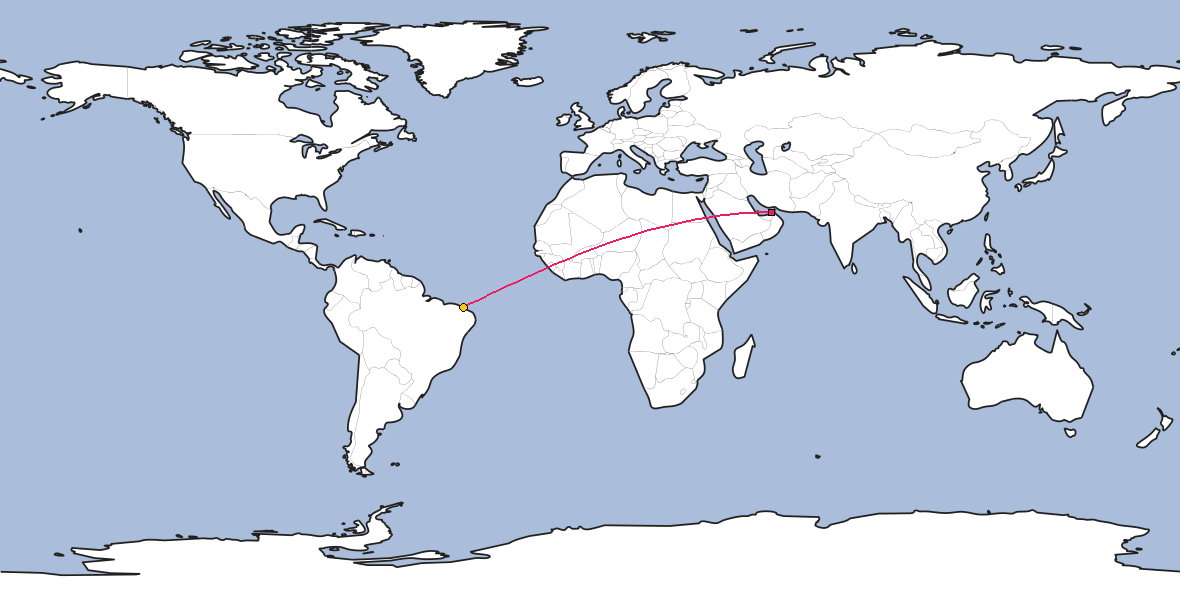 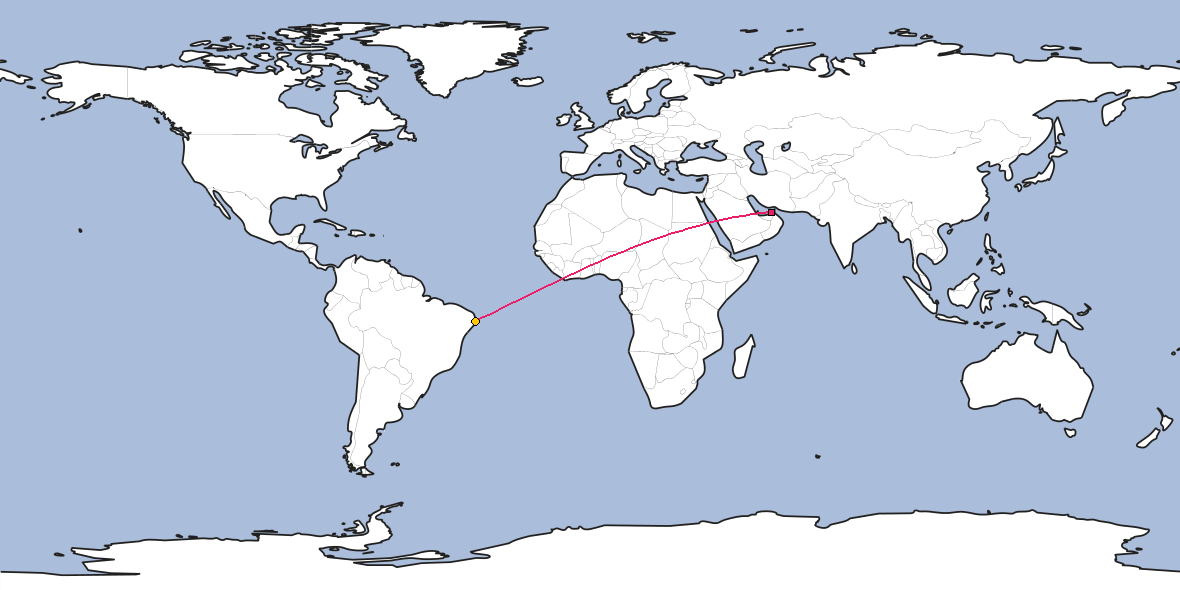 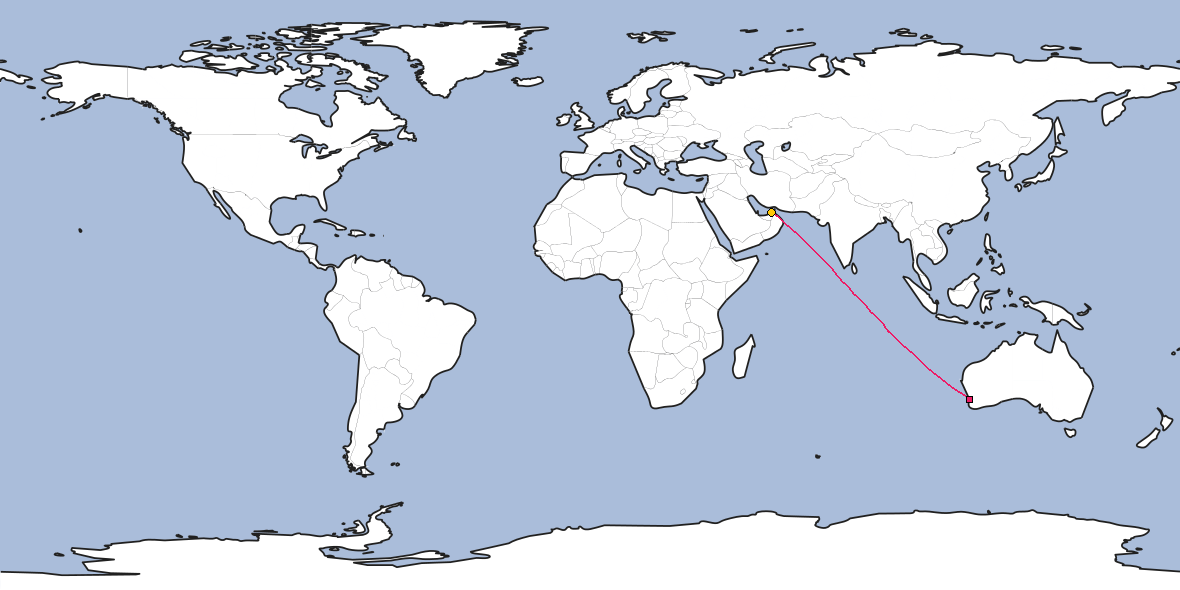 Three Bangladeshi men faced a human trafficking charge for allegedly luring two housemaids into absconding from their employers and then forcing them into the flesh trade.

The Court of First Instance was told that a 24-year-old driver and a shepherd, aged 40, lured the maids into running away from their sponsors with promises of better paid jobs.

They helped them abscond by picking them up from the houses where they legally worked as maids.

However, once without jobs, the two maids were exploited and forced to work as prostitutes. The duo sold one of them to a 35-year-old plumber to sexually exploit her. The plumber allegedly raped her.

The case dates back to June last year.

One of the maids, a 33-year-old Indonesian, said she had been working for her sponsor in Ras Al Khaimah when one of the defendants (the driver) encouraged and helped her abscond. He picked her up and took her to a hotel where they had consensual sex before coming to Dubai.

In the house in Dubai, she saw an Indonesian woman, and two Bangladeshis. “A man (the plumber) told me I was sold for Dh 4,000. He told me that I would work in prostitution or I have to return that amount.”

As she did not agree the other man locked the door. “I started working and a man would drop me at another house and they deprived me of my freedom for three months”.

The victim added that the plumber had sex with her against her will.

“In September 2015, I felt severe pain in the waist so they took me hospital and gave me Dh 500 for treatment expenses,” she said.

She slipped away and lodged a complaint with RAK police.

Another Indonesian maid, aged 42, said she had been working for four months with her sponsor in RAK before she absconded with other maids after the main defendant (the driver) and his friend promised them with better jobs.

“They picked us up and took us to a motel. He booked five separate rooms”.

The next day the driver took them to Dubai where she was told she would work in prostitution.

However, two days later she seized the opportunity when the men were asleep to sneak out and report them to the police.

A police sergeant confirmed that in September last year one of the victims was referred to RAK police as a human trafficking victim.

The plumber admitted to a police lieutenant during questioning that he paid Dh 1,500 to buy one of the maids from the driver to make her work for him in prostitution. He also confessed he had sex with her twice.

“We arrested him on March 21. He confessed he locked the maid up in a house in Al Hamriyah,” the officer said.

The motel receptionist, a 35-year-old Indian, said during the investigation that the driver had been their regular client since 2012. “He would always come and each time with different women”. 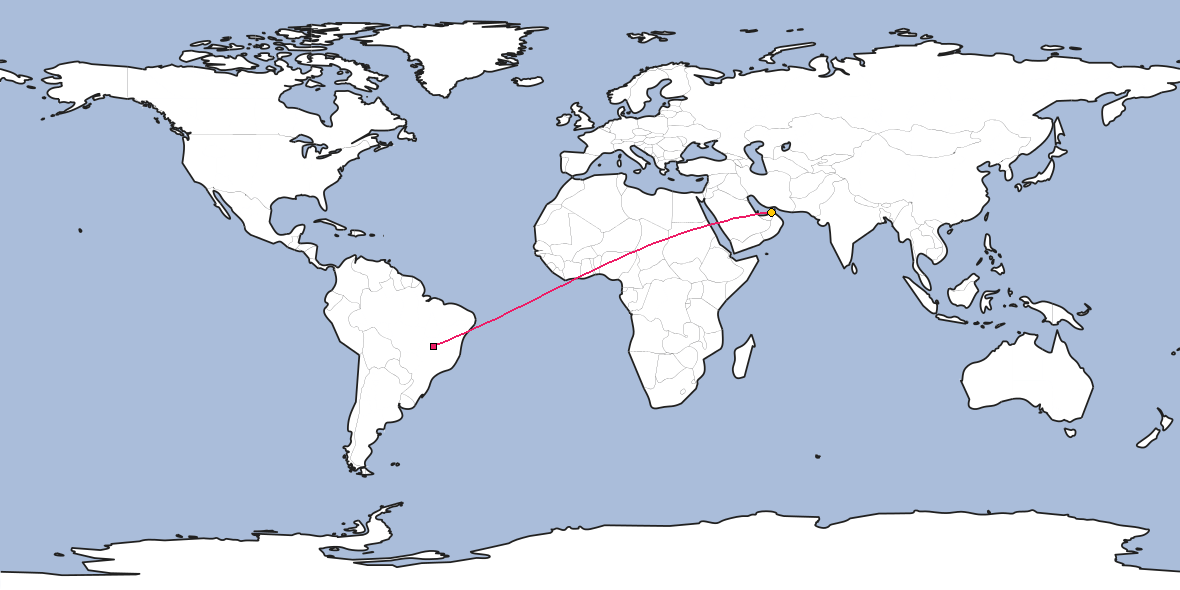 Emirates will begin flying its flagship Airbus A380 between Auckland and Dubai in December 2016, snaring the trophy for the world’s longest superjumbo flight.

The Gulf powerhouse and Qantas partner opened the route in March this year using a long-range Boeing 777-200LR jet engineered to handle the non-stop 17 hour, 14,000km trek, although the first flight featured an A380 for added media appeal.

Now the A380 will take over the route on a full-time basis come December, says Emirates CEO Tim Clark.

“We’ve switched over to Auckland non-stop, that will be an A380 in December” Clark told reporters on the sidelines of the IATA aviation industry conference in Dublin this week.

The superjumbo swap will mean a substantial upgrade for business class to the A380’s fully flat beds, without the dreaded middle seat and the cumbersome 2-3-2 layout…… and also give business travellers the opportunity to mix and mingle at the inflight bar.

Of course, if you’re flying right at the pointy end, you can duck out of your first class suite and into one of two showers to freshen up during the flight or shortly before you land.

Emirates is also closing in on the design of its next generation of A380 first class suites, with the final concept for the luxe private apartments due to be signed off by December

PREVIOUS | Qantas partner Emirates will launch its first non-stop flights between Auckland and Dubai in March, linking New Zealand directly with the UAE and providing Kiwis with new one-stop options to Europe.

Using a Boeing 777-200LR – the ‘LR’ representing ‘long range’ as you’d expect – passengers can indulge themselves in one of eight first class suites…… or can get some rest in business class with 42 angled-flat beds in a 2-3-2 layout: admittedly a step down for travellers accustomed to the fully-flat beds of Emirates’ A380s.

Also unlike the A380, Emirates’ Boeing 777s don’t come with an inflight bar – yet first class passengers can find drinks and snacks at the front of the aircraft for a chance to stand and stretch those legs on what will become the world’s longest flight by distance.

“Operating a non-stop service between Dubai and Auckland has been in our sights for some time,” said His Highness Sheikh Ahmed bin Saeed Al Maktoum, Chairman and Chief Executive, Emirates Airline and Group.

“We are particularly delighted that we can now bring this exciting plan to fruition,” he added.

Expected to clock in at 17hrs 15min, flight EK449 is wheels-up in Auckland at 9:30pm every night from March 2, touching down in Dubai at 5:45am the following morning.

Emirates’ existing flights between New Zealand and the UAE will retain their Australian stopover, yet this new non-stop option slashes approximately three hours from the total travel time between Auckland and Dubai.

Passengers booked on any of Emirates’ current one-stop Auckland-Dubai flights (via Sydney, Melbourne and Brisbane) can switch to the new non-stop flight at no charge by contacting Emirates, subject to availability, even if the fare purchased wouldn’t normally allow changes.