Virgin Australia has announced plans to operate twice-weekly between Perth and Canberra during Parliamentary sitting weeks, with the flights to operate on Thursdays and Sundays.

Flights for sitting weeks in August, September, October and December 2017 are now on sale, while flights for 2018 will go on sale once the 2018 Parliamentary sitting calendar is released, the airline said on Thursday.

On Thursdays and Sundays during sitting weeks in August and September Virgin Australia’s flight VA590 will depart Perth at 1235 and arrive at Canberra at 1825, with the return VA589 departing Canberra at 1900 and arriving in Perth at 2140.

On Sundays in sitting weeks in October and December VA590 will depart Perth at 1205 and arrive in Canberra at 1855, with the return VA589 departing Canberra at 1930 and arriving in Perth at 2110.

On Thursdays in sitting weeks in October and December VA590 will depart Perth at 1135 and arrive in Canberra at 1825, with the return VA589 departing Canberra at 1900 and arriving in Perth at 2040.

All flights will be operated by Boeing 737s.

“This is great news for Canberrans and for the whole region as it will now offer a choice of carrier when flying to Perth,” Byron said.

“It should also lead to more competitive pricing on the route which will encourage more tourists to visit our city and its surrounds.”

Parliamentary sitting weeks are peak – and hence for airlines and Canberra’s hotels high-yielding – travelling periods as federal politicians, staffers, public servants and lobbyists travel to and from Canberra.

The new Qatar Airways flights from Doha to Canberra may include a Sydney leg to “mitigate the risk” of launching in a new market.

It’s understood a final decision won’t be made until after bilateral talks between the Qatar and Australia governments.

Qatar carriers are restricted to 21 flights a week into the major Australian ports of Brisbane, Sydney, Melbourne and Perth. Adelaide, Canberra and regional airports are exempt from the restriction.

However, a Qatar Airways spokesman told Fairfax Media a final decision wouldn’t be made until the bilateral talks were concluded.

Federal transport minister Darren Chester said no date had been set for discussions, but the Australia government was looking to achieve a “mutually beneficial” outcome.

“Airlines of Qatar are also entitled to operate an unlimited number of services to regional Australian gateways (airports other than Sydney, Melbourne, Brisbane and Perth) and Qatar Airways services to Adelaide (currently five per week) are operated under these entitlements,” he said.

In September, Mr Chester said the arrival of international flights to and from Canberra Airport marked “an exciting new era for the Canberra region”.

“It’s understandable that Qatar would want to minimise the risk on a Canberra flight, at least initially. It’s not a bad way to test the waters, then commit later to a dedicated service,” he said.

“They would be competing with the new Singapore Airlines service on some of the Canberra traffic.

“I would assume it would be a pretty smooth connection if it’s the same plane (Canberra-Sydney-Doha), but it would obviously not be as convenient as a direct flight.

“All of this assumes this is what they do. Things could change before they officially announce anything, but this does seem to be their thinking right now.”

The existing Sydney-Doha service uses an Airbus A380, but Qatar Airways has yet to reveal the aircraft for Canberra.

Whether they loved 2016 or loathed it, Canberra’s New Year’s revellers were keen to give the year that was a massive send-off.

With a countdown and a cacophony of sound and light, a year of political upsets, sporting underdog triumphs and the celebrity curtain calls disappeared.

Nobody yet knows what the New Year will bring, but the unpredictability of the last 12 months left few in the Canberra crowd willing to name a resolution for 2017.

“It’s the resolution every year.”

Thousands of tourists and locals alike flocked to the city to watch the two sets of fireworks — the child-friendly 9pm show and the main event at midnight.

Bronwyn Evans brought her family, made up of locals and interstate visitors, to see the spectacle.

“We came last year with one of our children from Melbourne, so we thought we’d bring the other grandchildren who are visiting from Brisbane and Adelaide this time,” the Jerrabomberra resident said.

Most revellers watched the fireworks from Civic Square, though parks, plazas and apartment balconies brimmed with spectators as well.

A short walk down the City Walk, Bass in the Place took over Garema Place, as Tyson, Exposure, Odd Mob and BNDR helped revellers party their way into 2017.

Bars, pubs and nightclubs buzzed as party animals raged well into the night.

Themed nights were popular, including a speakeasy party at QT Canberra and the “Dick Tracy and The Beer Factory” at Bentspoke, which transformed its upper floor to resemble a scene from Willy Wonka’s chocolate factory.

Restaurants across the city, meanwhile offered set menus and cocktails in quieter surroundings.

Police were out in force and targeted anti-social behaviour, underage drinking and dangerous driving.

“Safety on our roads will be a strong focus for police, with dedicated patrols targeting all drivers who disobey the road rules across the ACT,” he said.

“If you have a big night, make sure you give yourself plenty of time to rest and recover before getting behind the wheel the next day.”

A 10-man Olympic confirmed themselves as this year’s fairytale story, making the last four after Tuesday night’s last-ditch 1-0 quarter-final win over Green Gully.

They did it the hard way after Adam Rogic was sent off early in the second half before skipper and keeper Angelo Konstantinou became the hero with his 95th minute penalty.

And Cachia says there’s no secret to why the club has tasted so much success in 2016, winning all three trophies on offer in the ACT.

“They are a bunch of mates. When we bought this team together a couple of years ago we picked boys that had good connections with other players,” the Olympic coach told Fox Sports.

“It’s built around friendship and they are a really close-knit group. We’ve really forged a culture here and it’s a very accepting and accommodating culture.

“Anyone that comes in is really a friend as well as a team-mate and you can see it.

“Even when Adam [Rogic] got sent off, they stuck to their guns and they didn’t give up. We’ve gone three games in the FFA Cup without conceding yet.”

Olympic have seen off Surfers Paradise Apollo, Redlands United and now Green Gully to make the semis, with Hyundai A-League powerhouses Sydney FC their next opponents.

Asked about that match-up, Cachia said with a smile: “I think [our players] will fancy themselves.

“Look, they [Sydney FC] are not A-League for nothing. We’ll give it our best shot and if we play with the same fortitude and bravery we did tonight then the players will give a good account of themselves and they’ll do the club proud.

“You can dream about it all you like but I don’t think anyone thought we would get as far as we have.

“Winning a treble here in Canberra and doing what we did here [against Green Gully], it’s just unbelievable.” 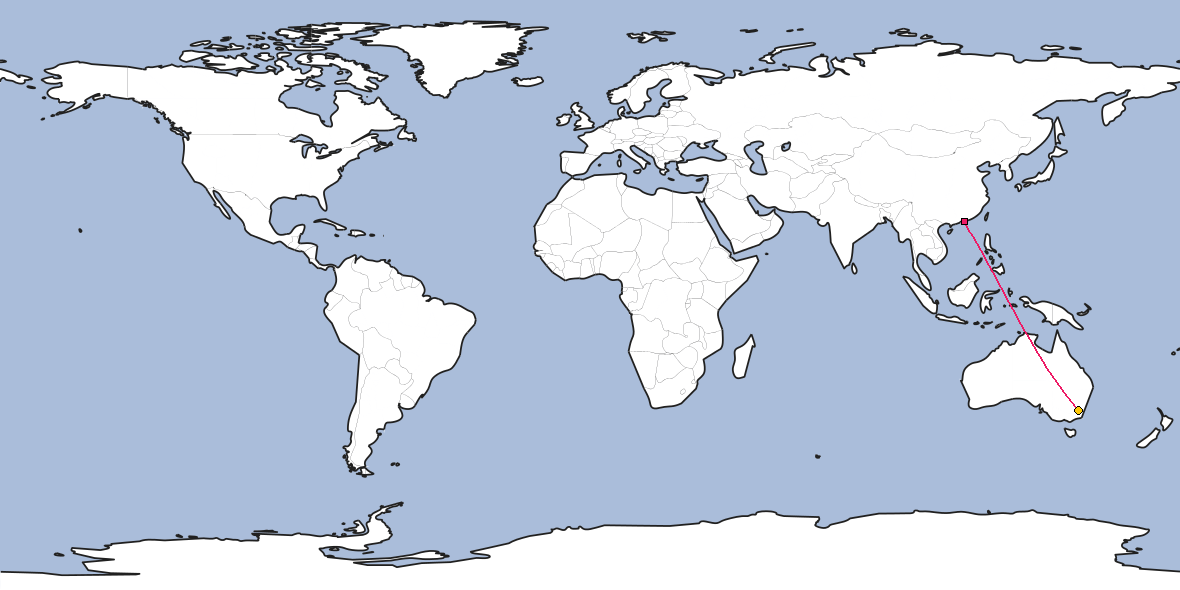 Shrewd travellers can squeeze far more value out of their holidays just by comparing the performance of the Australian dollar against the local currencies.

You will get a bigger bang for your buck in Peru compared to neighbouring Chile, South Africa over Morocco and South Korea over Hong Kong, according to an analysis of exchange rates by online travel company Expedia.”People usually focus on the price of flights and accommodation, and overlook and underestimate the value of the dollar,” said Expedia’s Australia and New Zealand head, Georg Ruebensal.

“Instead, the answer should be to travel smarter by keeping an eye on currencies to give you the most value out of your trip.”

If your eye is on Central America, opt for Mexico over Guatemala. The dollar has shot up 14 per cent against the Mexican peso in the past year.

On top of that, the average airfare to Guatemala has increased by 25 per cent and the average nightly hotel room price has gone up by 26 per cent.

To compare, Mexico’s hotel rates have remained stable at $127 on average per night.

Thrifty travellers will also save on accommodation, with the average cost of a hotel room in China just two-thirds of the cost in Japan.

“Each and every destination is unique. But sometimes it’s about timing – if you’re flexible and can swap China for Japan, now’s a good time to do it,” said Mr Ruebensal.

Al Jedlin, 24 from Newtown, is planning a beach holiday escape for the end of the year. On his list is Vietnam and Indonesia.

But on finding out that the dollar has grown 5 per cent against the Sri Lankan rupee, and hearing his friends rave about the travel spot, Sri Lanka is now a contender.

The average price of hotels in Sri Lanka has nose-dived by 14 per cent to $152 a night, and the average return airfare has gone down by 7 per cent to $576.

In contrast, the price of flights to Vietnam have shot up by 29 per cent in the past year.

“I’ve gone to Japan three times to ski, and during the latest trip to Niseko earlier this year, there was definite bill shock,” said Mr Jedlin.

“I don’t usually consider the value of the Aussie dollar, but it’s something I want to be more cautious of.”

Expedia’s other swap suggestions, based on the fluctuating value of the Australian dollar and the prices of flights and accommodation, are: