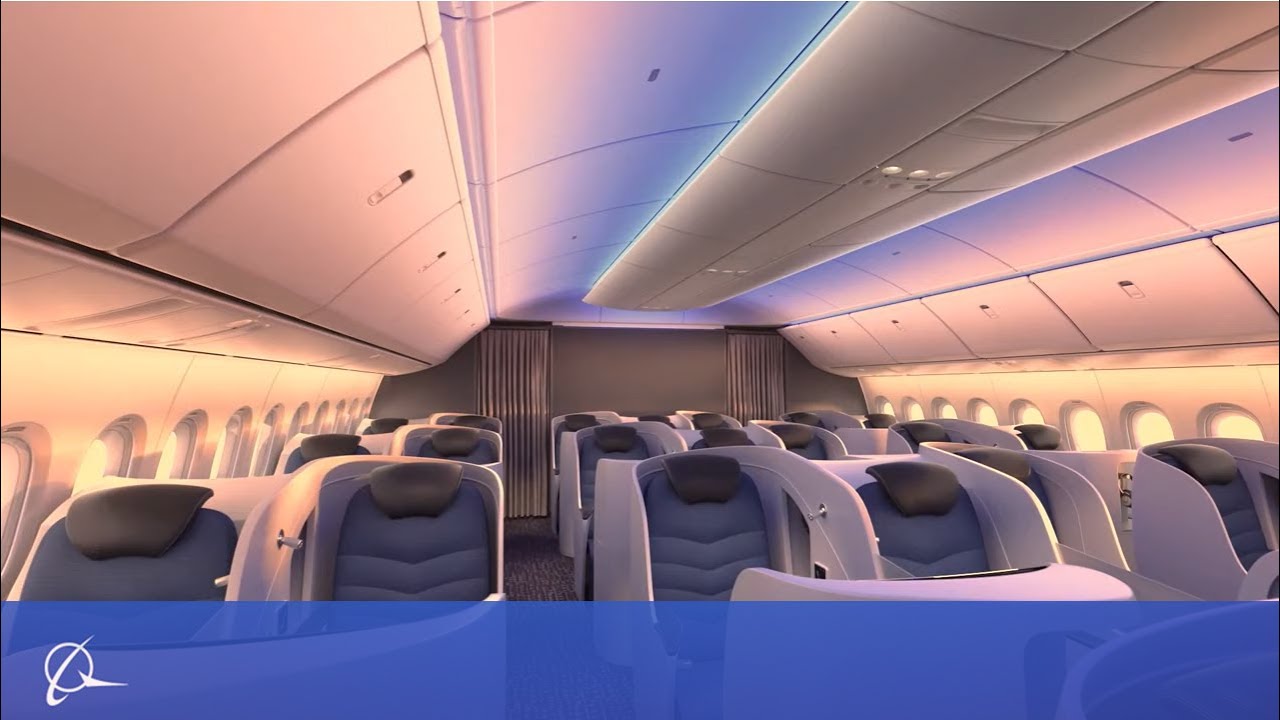 “The 777X is a new airplane and a new production system,” said Josh Binder, vice president and general manager of the 777X. “With the 777X, the production system was integrated into the development program sooner than any other airplane, and the team is doing a great job of hitting our milestones as expected.”

The 777X builds on the market-leading 777 and the 787 Dreamliner to offer airlines the largest and most-efficient twin-engine jet in the world. The airplane provides 12 percent lower fuel consumption and 10 percent lower operating costs than competing airplanes.

The 777X achieves the unprecedented performance through the introduction of the latest technologies such as the most fuel-efficient commercial engine ever, the GE9X, and a fourth-generation all-new composite wing design that provides lift and efficiency. With the extension of a set of folding, raked wingtips, the airplane’s wing spans 235 feet (72 meters).

By adding folding wingtips, the 777X’s wingspan has been increased to enhance the aerodynamic efficiency of the wing, reducing engine thrust and fuel use. Additionally, the folding wingtips allow the 777X to maintain airport compatibility with the existing 777 family, adding value for customers.

The first 777X introduced will be the 777-9 model, which can seat 400 to 425 passengers in a standard configuration and offer a range of 7,600 nautical miles (14,075 km). Boeing is building on the passenger-preferred interior of today’s 777 and building on 787 interior innovations to create a passenger experience like no other. Passengers will enjoy windows that are larger and located higher on the fuselage than the current 777, along with a wider cabin, new lighting and enhanced architecture.

For information about the 777X, go to http://www.boeing.com/777x/reveal/. To date, Boeing has won 340 orders and commitments for the 777X from several airlines, including All Nippon Airways, Cathay Pacific, Emirates, Etihad Airways, Qatar Airways, Lufthansa and Singapore Airlines. 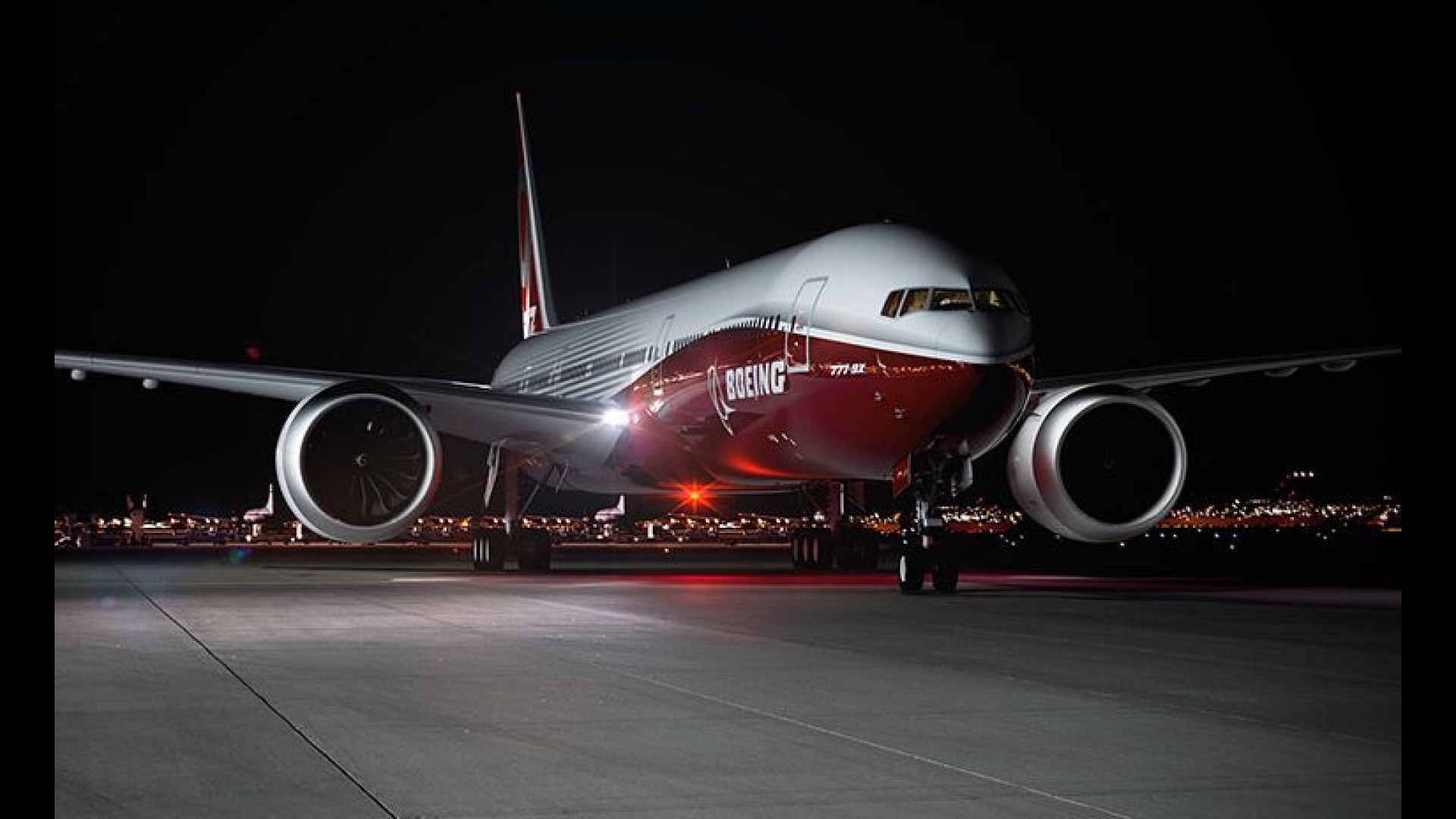 In a new round of the more than decade-long spat at the World Trade Organisation (WTO), the Appellate Body (AB) has today reversed a 28 November 2016 report which found that the Washington State tax subsidies that paid for Boeing’s development and manufacture of the 777 X aircraft were “prohibited” under the Agreement Subsidies and Countervailing Measures (ASCM).

However, an ongoing separate review in the DS353 case has confirmed that those subsidies are illegal and actionable causing massive harm to Airbus.  An obligation for their withdrawal or removal of their adverse effects remains applicable.

In total, combining the different WTO’s rulings addressing the illegal subsidies to Boeing, the total impact of the subsidies is estimated to add up to US$ 100 billion in lost sales to Airbus.

Airbus reiterates its long-stated view that this transatlantic spat, which lead the WTO to a huge amount of serious work and a large number of important panel reports over many years, can only finally be resolved by negotiations aimed at finding a global agreement to come to a level playing field in government support for the large civil aircraft industry.

Airbus would like to take this opportunity to thank the European Commission and the governments of France, Germany, the UK, and Spain for their continued efforts to defend the industry and fair trade practices at the WTO.

“Boeing illegal subsidies are still illegal and need to be removed. If it is a “No” or a “No No” does not make big difference in global fair trade & play”, says Rainer Ohler, Airbus Executive Vice President Communications. ‎“The “game” is far from over.”

While the legal procedures continue Airbus is providing a more playful perspective on the topic. Check out our new mobile app called “WTO Warriors” for iOS and Android devices, available in the AppStore and on GooglePlay”.

CHICAGO, Sept. 4, 2017 /PRNewswire/ — The Office of the U.S. Trade Representative (USTR) achieved a significant victory today in its long-running dispute with the European Union over aerospace subsidies.

The WTO Appellate Body announced a reversal of last November’s prohibited subsidy ruling against a tax incentive for the production of the Boeing 777X in Washington state. It also upheld an earlier dismissal of the EU’s claims against the remainder of the incentives. Today’s ruling confirms that the tax treatment Boeing (NYSE: BA) and others are receiving in Washington state is not a prohibited subsidy.

In addition to reversing the previous ruling on the tax incentive, the new ruling ends the most recent of two WTO cases the EU brought against the United States in retaliation for the successful U.S. challenge of the massive subsidies European governments provide to Airbus.

“The WTO has rejected yet another of the baseless claims the EU has made as it attempts to divert attention from the $22 billion of subsidies European governments have provided to Airbus and that the WTO has found to be illegal,” said Boeing General Counsel J. Michael Luttig. “No further appeal of today’s decision is available to the EU,” he added.

“The latest of the false claims Airbus and its government sponsors have made has now been rejected by the WTO. The EU and Airbus, meanwhile, continue to be in flagrant breach of WTO rulings and must eliminate the massive illegal subsidies the WTO said a full year ago had not been addressed, or risk U.S. sanctions against European exports,” Luttig said.

“Airbus has a long history of putting European taxpayer money at risk through the unsecured loans that created and continue to sustain the company. Now Airbus and its sponsor governments are putting other European exporters at risk of U.S. sanctions by blatantly ignoring WTO rulings and bringing counterclaims against the U.S. that have no basis in law or in fact,” Luttig said.

“By contrast, Boeing has supported U.S. government actions to comply with its WTO obligations. We supported and facilitated changes to Boeing contracts with NASA and the U.S. Department of Defense for R&D work that the WTO deemed inconsistent with its rules,” Luttig said.

“This was a sweeping and clean win for the United States,” he added.  “It is now up to the European Union to comply with the WTO findings against it, and end the enduring practice of launch aid, which Airbus’ government supporters have continued to provide to each and every Airbus model.”

New 90,000 square-foot facility to begin machining parts for Boeing’s newest family of twin-aisle aircraft. Over the past seven years, Boeing has built a strong presence in Montana, and last year spent nearly $12 million with 58 suppliers and vendors in the state, supporting 470 direct and indirect jobs.

“Our investment in Boeing Helena is a testament to our incredible, hard-working team members and their ability to deliver on our commitments to The Boeing Company,” said Kim Smith, vice president and general manager. “It further positions our highly-skilled Montana team of nearly 150 employees as a key partner for Boeing Commercial Airplanes.”

Now more than 257,000 square feet, Boeing Helena has distinguished itself as a vital part  of the supply chain, specializing in complex machining of hard metals for Boeing Commercial Airplanes 737, 747, 767, and 787 airplane models – and now the 777X. The new parts machined in Helena for the 777X will include side-of-body chords, and terminal end fittings which connect the wings to the fuselage.

“When people think of Montana, they think ‘Big Sky Country,’ mountains, agriculture and ranching,” said Cathy Burwell, Helena Area Chamber of Commerce president. “It is exciting to watch members of the Helena community contribute to such a technologically advanced product and America’s number one exporter. Last year alone, Boeing spent nearly $12 million with 58 Montana suppliers and vendors in the state and supported 470 direct and indirect jobs. The expansion of Boeing Helena further establishes Boeing’s place as part of the fabric of the Montana community.”

The 777X will have 12 percent lower fuel consumption and 10 percent lower operating costs than the competition and introduces the latest innovative technologies including an all-new high-efficiency wing. Boeing is building on the passenger-preferred interior of today’s 777 and the 787 interior innovations to create a passenger experience like no other.

Acquired in 2010, Boeing Helena is a wholly-owned subsidiary of The Boeing Company – the world’s largest aerospace company and leading manufacturer of commercial jetliners and defense, space and security systems – and is one of 12 Boeing Fabrication sites worldwide. Boeing Helena specializes in complex machining of hard metals, touching every one of Boeing Commercial Airplanes’ products.

Boeing is the first customer for the Mubadala-Solvay joint venture, which will produce primary structure composite material for use in manufacturing the 777X empennage and floor beams. Mubadala and Solvay are planning for the joint venture to be operational by 2021 in a new facility built in Al Ain, U.A.E.

“After close collaboration with Mubadala and Solvay to expand the supply of aerospace composites, Boeing is pleased to be the first customer for their new joint venture in the U.A.E.,” said Boeing Commercial Airplanes President and CEO Ray Conner. “Our commitment to purchase this prepreg material for the 777X meets several important goals for Boeing, from further advancing aerospace industry development in the U.A.E. to expanding high-quality materials in our supply chain.”

“Boeing has been a key global partner of ours for years,” said Homaid Al Shimmari, CEO of Aerospace & Engineering Services, Mubadala. “Together with Solvay, we will further develop our capabilities in advanced composite materials production in order to expand the supply chain and create a materials ecosystem. The creation of a new manufacturing facility at the Nibras Al Ain Aerospace Park supports our efforts of delivering on Abu Dhabi’s Economic Vision 2030 by developing a regional Aerospace Hub for Abu Dhabi.”

First introduced in the 1970s, prepreg composites – a combination of high-strength carbon fiber and toughened epoxy resin – reduce weight and therefore improve fuel efficiency in aircraft. Boeing has been a leader in the use of aerospace composites. The 777 was the first commercial airplane to contain structurally significant composite parts. Composites account for 50 percent of structural weight of the 787 Dreamliner, and the 777X will have the world’s largest composite wing. Production of the 777X will begin in 2017, with its first delivery in 2020.

Solvay, providing composite materials and adhesives in support of all Boeing Commercial Airplanes programs, has been a valued supplier to Boeing for over 30 years.