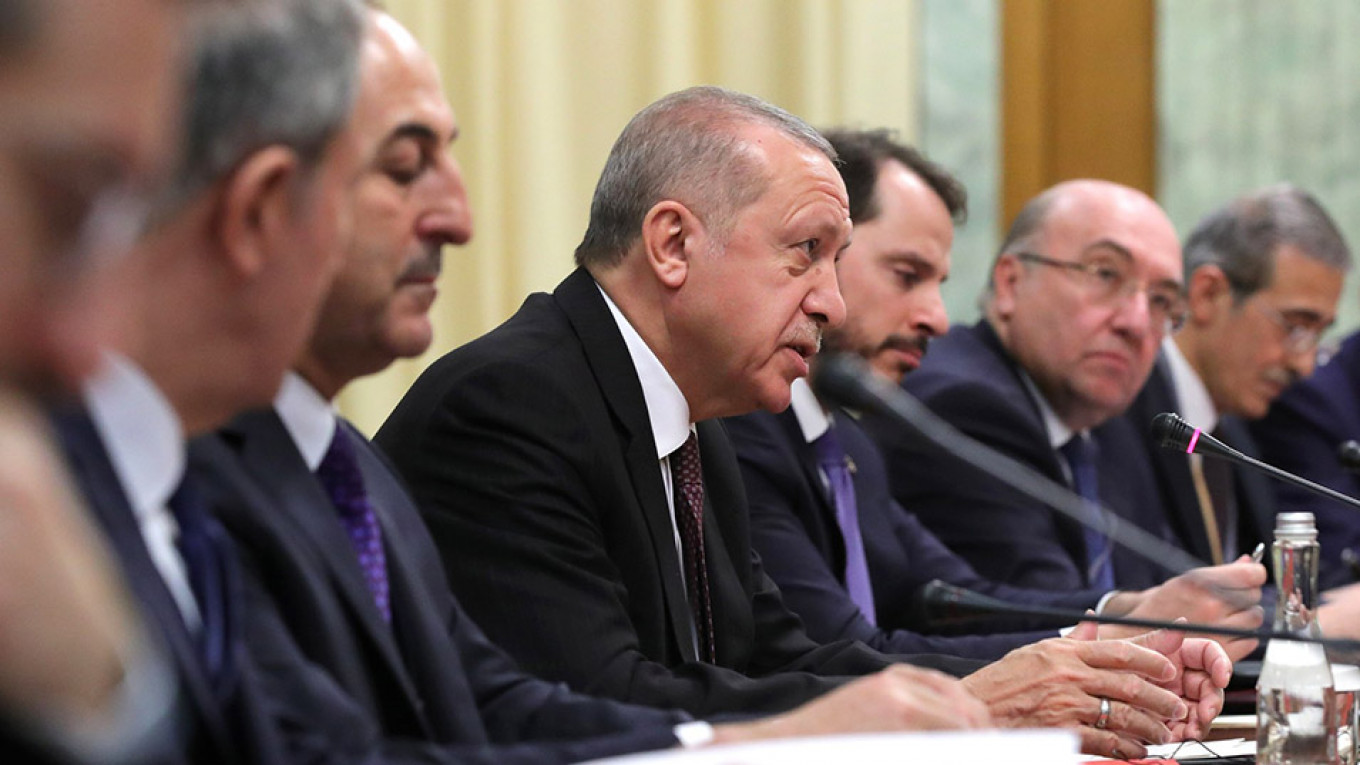 Russia and Turkey held urgent talks in July on connecting Turkish companies and lenders to the Russian central bank’s alternative to the SWIFT financial messaging system.

The two sides met soon after Turkey risked the threat of U.S. sanctions by taking delivery of a Russian S-400 air-defense missile system, snubbing demands by the Trump administration to cancel the deal and sparking outrage in Congress. Turkish President Recep Tayyip Erdogan and Russian leader Vladimir Putin have fostered ties in recent years, including over the war in Syria, while Russia has adapted its financial system in response to international sanctions since it annexed Crimea from Ukraine in 2014.

“The feasibility of signing a memorandum at these negotiations was discussed, it was decided that we need to work on it and now we are working on it,” Moiseev said by phone late Tuesday. “Depending on what will be in the memorandum, we will proceed.”

The Bank of Russia established the financial messaging system in 2014 with the aim of “reducing external risks” and protecting against the threat of being cut off from the global SWIFT service. It aims to ensure uninterrupted services for transferring messages in SWIFT formats, according to a presentation on the central bank’s website. Putin said in June that Russia is in talks about connecting China to the network. The central bank also created Russia’s MIR card and the National Payment Card System to process domestic payments in 2015 in response to sanctions risks.

A senior Turkish Treasury official confirmed the meeting took place. The two sides spoke about routine matters, said the official, who declined to give details and asked not to be named.

Officials at the talks in Moscow discussed access for Turkey’s banks to the Russian messaging system, as well as extending MIR’s use to more Turkish lenders, according to the letter. They also held talks on payments in national currencies.

Russia has significantly reduced the dollar’s share in its international trade and reserves over the past two years, amid the risk the U.S. may extend sanctions to include banning Russian banks from settlements in the greenback. Putin said in November that the contract to sell the S-400 to Turkey was not settled in dollars.

The discussions between Turkey and Russia were so urgent that the deputy director of the ministry’s financial policy department paid personally for the costs of hosting the Turkish officials at a special hall for state delegations in Moscow’s Vnukovo airport, according to the dumped letter, which showed him seeking compensation.

The Finance Ministry has “requested clarification” about the discarded document from the company dealing with its waste disposal, according to its press service.