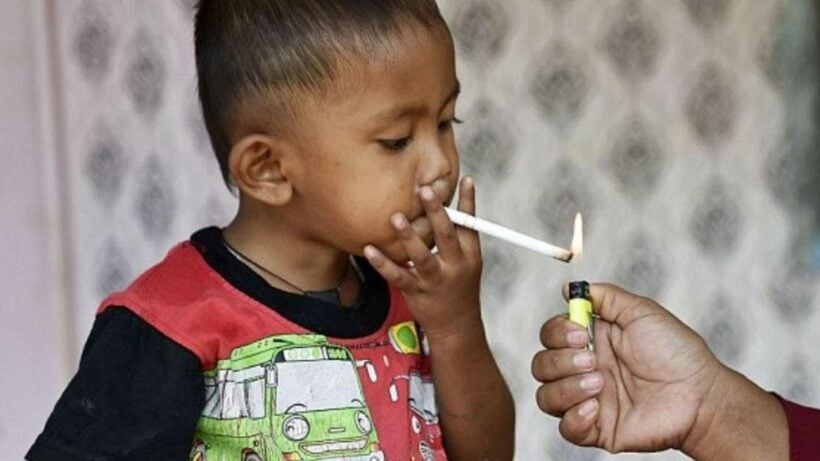 The ban on smoking at home in Thailand comes into effect today. From today people can be prosecuted for “domestic abuse” by lighting up a cigarette inside a home.

People can call Family and Protection centres on 1300 to report a smoker.

According to the new law, women and children are often the recipients of second hand smoke and the new legislation and fines is designed to assist in protecting them from the harmful effects of cigarette smoke.

Speaking to Manager Online, Dr Ronachai Khongsakon from a tobacco research group, says that women were particularly vulnerable with 81% suffering second hand smoke in their homes. He claims that 430,000 people die worldwide annually from second hand smoke, and that two out of three of the victims are women.

The ‘Report a Smoker’ hotline is 1300. Cases may then be referred to juvenile and other courts. The government says the move is the latest measure to stop people smoking in Thailand in public places, and now in their homes in the presence of other people.

Smoking has already been banned at airports, including the internal ‘smoking rooms’, now replaced with rooms outside terminals for smokers. Smoking on many Thai beaches was banned back in February 2018.

There is an estimated 10 million smokers in Thailand resulting in 72,000 deaths annually.