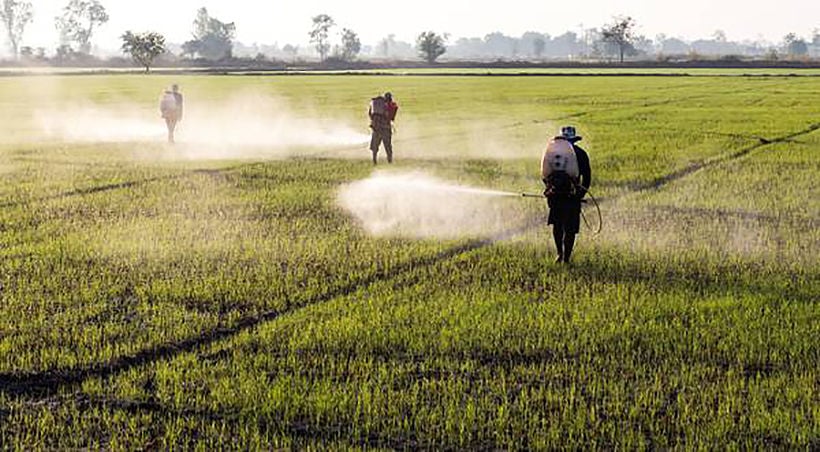 “When we eat fish from a river or stream contaminated with chemicals, we will ingest the chemicals. It is a food chain.”

Three hazardous herbicides, widely used in Thailand, will be banned before the end of this year. Deputy Agriculture Minister Manunya Thaiseth says the three herbicides are strongly opposed by consumer, civic groups and environmentalists.

Yesterday she ordered a suspension of the granting of permits for, or registration of paraquat, chlorpyrifos and glyphosate. She says a complete review of the use of the three agricultural chemicals will be undertaken.

“The review is expected to be completed this month. I would like them to be banned this month, but would have to take several matters into consideration, such as the amount of the chemicals currently held in storage.”

The deputy agriculture minister dismissed the suggestion that, since many farmers had been trained in the proper use of the three herbicides, the farmers are able to protect themselves. She also doubted suggestions that consumers can be assured that agricultural produce is safe, because it is not known whether the trained farmers strictly follow the usage instructions in their day to day practices.

“The safety of human beings cannot be compromised. While we are living with the hazardous chemicals and are taking preventive measures, the chemicals have spread into the environment.”

“When we eat fish from a river or stream contaminated with chemicals, we will ingest the chemicals. It is a food chain.”

The Public Health Ministry has joined civic and consumer groups in calling for a complete ban of the three chemicals, claiming that several countries have already banned them. The Ministry of Agriculture, under the previous administration, opposed a complete ban and instead chose to impose stricter control on their use by providing training to farmers on how to use the chemicals correctly for their own health safety and that of the consumers.