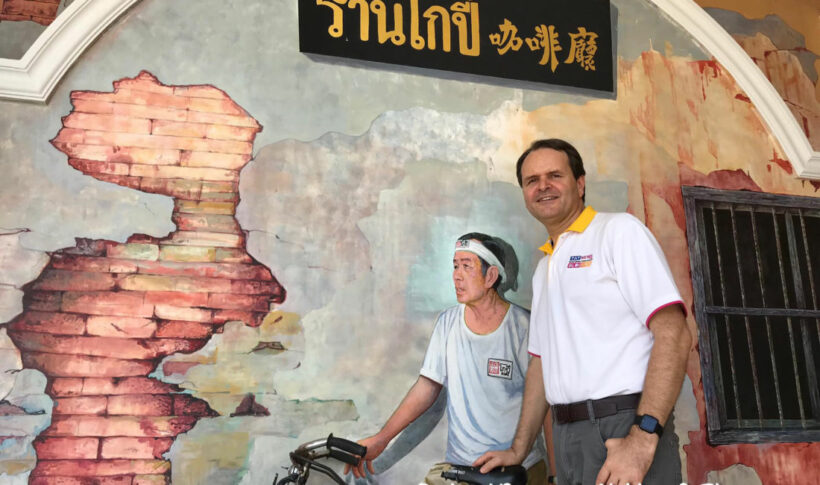 Popular expat blogger Richard Barrow has shared his difficulties in trying to renew his visa’s extension of stay. Richard returned to Samut Prakan immigration last Friday to collect his annual extension. But he was told that Bangkok hadn’t yet approved his application.

Samut Prakan Immigration gave him a 7 day extension and told him to come back next week. He has shared his woes on his Facebook page.

“I’ve lived in Thailand for twenty five years. I’ve spent most of my life here. But this is what I have to go through every year.”

Richard reports that when he returned to work later that day, there was an Immigration Police vehicle parked outside. He says officers from Chaeng Wattana in Bangkok visited him at his place of work to question him.

“They had my application with them which explained why Samut Prakan Immigration hadn’t received the verdict yet. They didn’t give any indication as to whether there was a problem or whether they were happy with the inspection.”

Richard has recently been a vocal supporter of the campaign calling for TM30 to be abolished or modified.

The Thaiger also supports reform and modification of the TM30 form. The current enforcement is inconsistent, open to corruption, interpretation and is confusing to expats and foreigners.

“Not the best of days for me. As you may remember, today was the day for me to go back to Samut Prakan Immigration to hear the verdict as to whether my application to stay in Thailand for another year has been approved. This is something I have to go through every year. I arrived at Immigration, only to be told that Bangkok hasn’t approved my application yet. As my visa extension expires today, they kindly extended my stay for one more week. They said I should return next Friday to hear the verdict of my application. Read the rest of his post HERE.

“You are not alone; we’re all being pushed to our limits. Chok dee.”

“Very sad this is happening to you mate. My fingers are crossed for a positive outcome for you.”

“They are really making it tough for us, so much so that some of us just don’t want to stay here anymore. But as some of us are required to stay here for a particular reason it’s not so easy as once was. Plus the baht is so high, plus in my case the Aussie dollar is sooooooo low life just isn’t easy at the moment.”

The Thaiger wishes Richard the best. His blogs are a deep and fascinating resource about the life of an expat in Thailand and are well worth following.