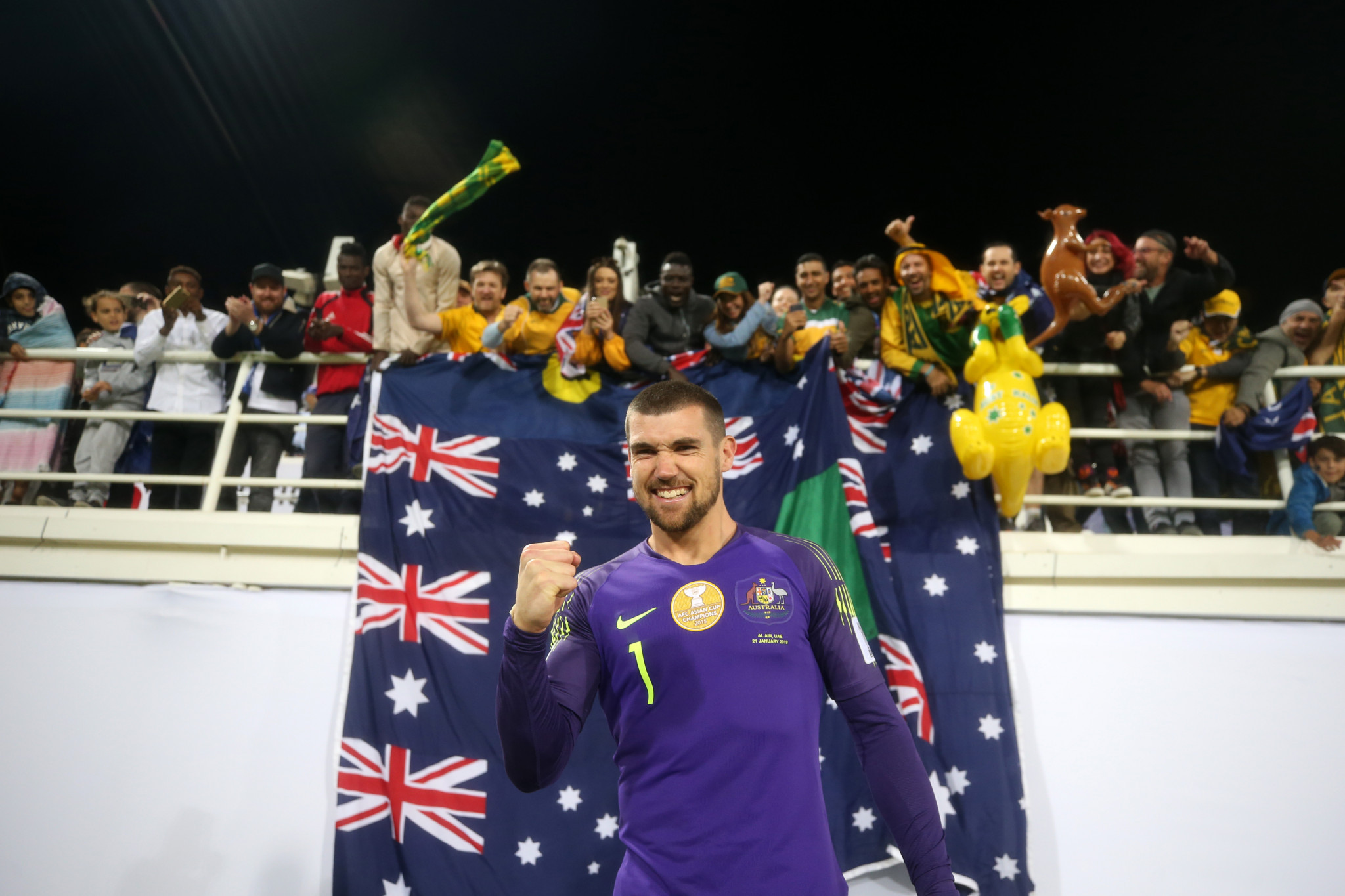 The Brighton and Hove Albion man was just 13 when the legendary Schwarzer, Australia’s most capped player, helped end the country’s 32-year wait for a FIFA World Cup appearance by producing two decisive penalty saves on an unforgettable night in Sydney.

Now 26 and a bona fide star of the Socceroos, Ryan enhanced his own legacy by twice denying Uzbekistan from 12 yards as 120 minutes of toil ended in ecstasy in Al Ain.

His clutch performance set the stage for Mathew Leckie to complete a 4-2 spot-kick triumph as Graham Arnold’s men advanced to the Quarter Finals.

“I was a little boy in the crowd that night Schwarzer had his heroics,” Ryan told Fox Sports.

“Never in my wildest dreams would I have thought I would be out here representing Australia, having been a young fan that night.

“Recently I got 50 caps to my name and for that tonight now… I hadn’t saved a penalty for the national team, it was something that was bugging me.

“To get two in that moment just there, I’m really happy and for a goalkeeper that’s the pinnacle.”

Ryan’s twin saves were all the more crucial given they came after Ignatiy Nesterov kept out Aziz Behich’s attempt, the left-back putting his hand up following Mark Milligan’s successful conversion.

The hero of the night held his ground to parry Islom Tukhtakhujaev’s strike down the middle and then picked the right way to foil Marat Bikmaev.

“In this day and age you’re always trying to have a look before the game to see if you can gain some kind of advantage,” Ryan said.

“A few of their takers mixed it up either side. You have to have a bit of luck at the end of the day with the side you choose to go or whether you stay in the middle.

The Socceroos face the United Arab Emirates on Saturday, 26 January 2019 at the Hazza bin Zayed Stadium, Abu Dhabi. Kick-off is at 3am (AEDT) and will be broadcast live on FOX SPORTS 505.