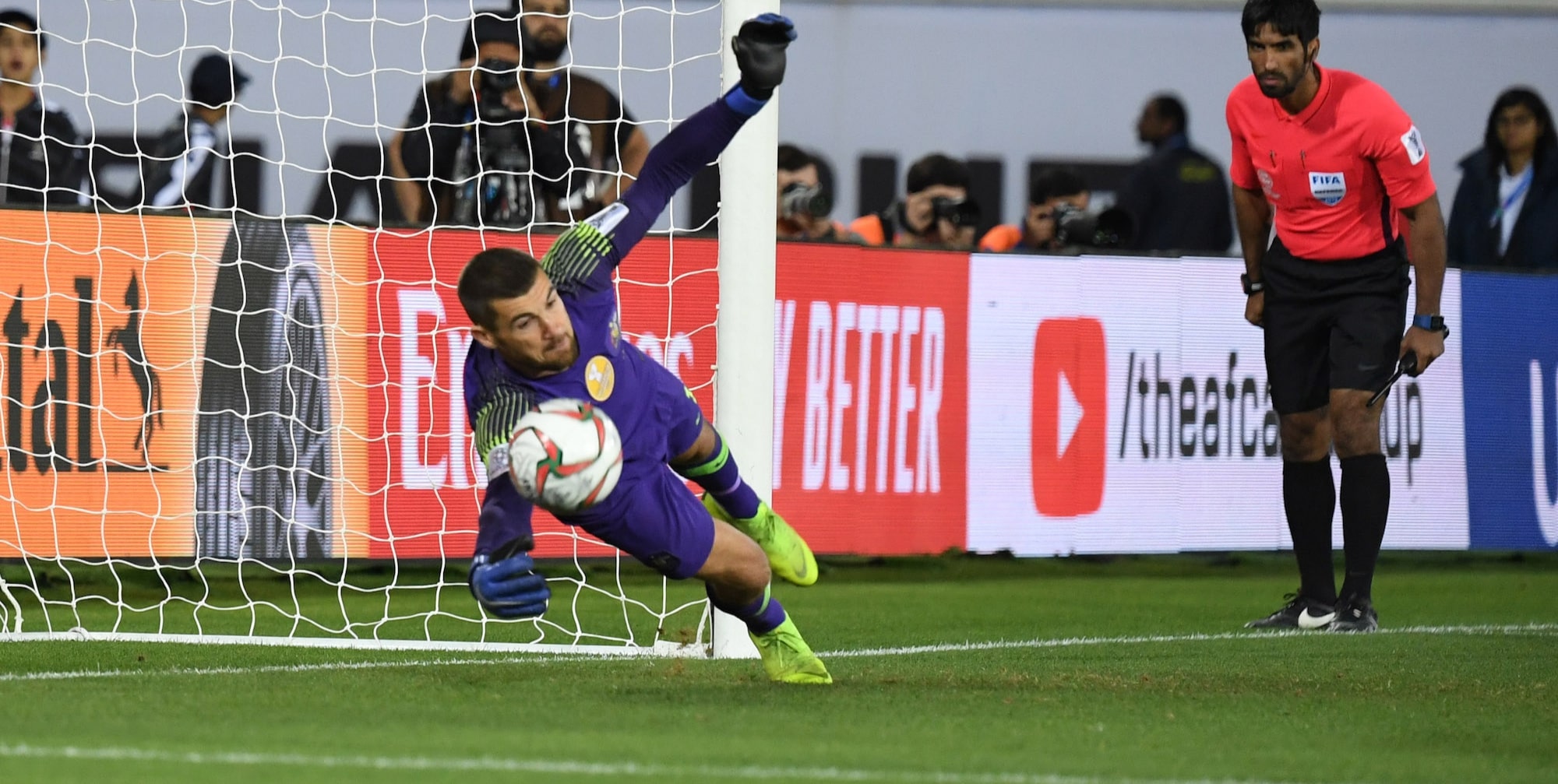 Mat Ryan was the shootout hero as the Socceroos beat Uzbekistan 4-2 on penalties to reach the AFC Asian Cup UAE 2019™ Quarter Finals following a tense 0-0 draw after 120 minutes in Al Ain.

Australia had been in complete control after a cagey first half but had to hold their nerve to advance to a last-eight encounter against the United Arab Emirates.

Ryan was on form from as early as the 10th minute of a gruelling battle as he smothered Eldor Shomurodov’s close-range shot, the striker having been released on the counter.

Tom Rogic and Aziz Behich were among three players to enter the book amid a keenly contested first half that yielded little goalmouth action.

Australia’s monopoly on possession began to pay dividends after the interval with Rhyan Grant getting himself into good positions for a pair of headers.

Having shaken off a hamstring injury sustained on club duty last month, Leckie was injected for his first appearance of the tournament in the 68th minute and immediately made an impression on the match.

Uzbekistan goalkeeper Nesterov then turned a deflected Rogic shot around the upright and Jackson Irvine went agonisingly close to connecting with the resultant corner from Chris Ikonomidis.

It was more of the same throughout the ensuing 30 minutes extra-time with Rogic, Leckie and Behich all registering shots on target without managing to break the mounting tension.

Mark Milligan converted first in the subsequent shootout as Ryan came to the fore following Nesterov’s denial of left-back Behich.

The Brighton and Hove Albion man brilliantly denied both Islom Tukhtakhujaev and Marat Bikmaev to allow Leckie to join captain Milligan and substitutes Robbie Kruse and Apostolos Giannou on the scoresheet, his confident sealer sending Graham Arnold’s men through to the next stage.