Having finished the group stage on a strong note, the Socceroos head into their AFC Asian Cup UAE 2019™ Round of 16 clash against Uzbekistan in a do-or-die encounter.

Australia bounced back from their opening fixture to score six goals in two games, putting three goals past Palestine and Syria apiece and sealing their progression to the knockout stage.

Tom Rogic was the hero for the Green and Gold against Syria, firing an injury-time rocket past Syria’s keeper to seal all three points for the Socceroos. 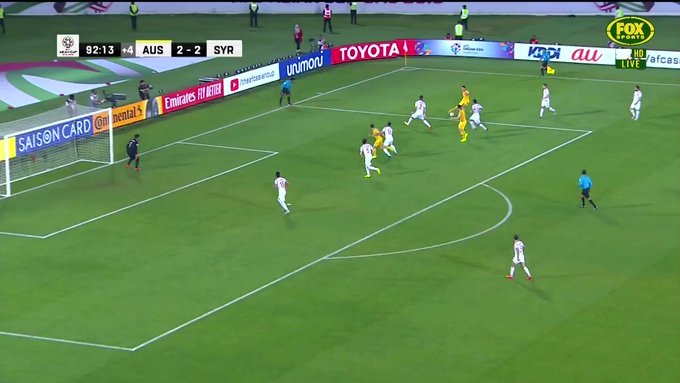 While a draw would have been enough for Australia to progress, the win was a just reward and epitomises the attacking philosophy Graham Arnold has introduced to the Socceroos.

Standing in Australia’s way is an Uzbekistan outfit that finished second in Group B following their 2-1 loss to Japan on Friday morning AEDT.

All signs are promising after the Socceroos came out unscathed in their win against Syria on Wednesday morning AEDT. That, along with their six-day gap between games, means Arnold’s side will be raring to go come Tuesday morning AEDT against Uzbekistan.

Awer Mabil and Chris Ikonomidis have had a tournament to remember thus far, with Mabil grabbing two goals, and Ikonomidis bagging a goal and four assists.

The midfield haven’t been too far behind, oozing strength and guile in the form of Massimo Luongo, Jackson Irvine and Tom Rogic. The Celtic midfielder has been particularly impressive with one goal and two assists in three games.

At the back, Milligan’s transition to centre-back in the absence of Trent Sainsbury has highlighted the versatility of Arnold’s outfit. Though that versatility may not be called upon as Sainsbury is once more available for selection following his one-game suspension for an accruement of yellow cards.

Earlier in the week, Mabil iterated ‘the best is yet to come’ for Graham Arnold’s firing Socceroos.

And why would anyone bet against that? Australia have looked stronger as each game has passed, revealing a new bow in their string every time they take to the field.

Arnold brought a relatively young side to the United Arab Emirates, but already it is paying dividends with new stars emerging and familiar faces taking their game to another gear.

Mabil and Ikonomidis have headlined this youthful exuberance, but take nothing away from the likes of Rhyan Grant and Jamie Maclaren who are getting their chance to shine too.

Of course, the Socceroos can ill afford to get complacent as every game at this stage of the AFC Asian Cup UAE 2019™ brings its own challenges. However, with the forwards firing on all cylinders and the backline looking increasingly cohesive, it’s hard not to back Australia putting in a top-drawer performance against Uzbekistan.

The Socceroos take on Uzbekistan at the Khalifa bin Zayed Stadium, Al Ain on Tuesday, January 22, 2019 at 1:00am AEDT. The game will be broadcast live on FOX SPORTS 505.