Dhi Qar (IraqiNews.com) The Criminal Court of Dhi Qar, on Sunday, sentenced seven terrorists to death, after charging them with terrorism and other charges, including perpetrators of blasts against the security forces.

The Council of Dhi Qar Province said in a statement that the Criminal Court of Dhi Qar Province reviewed the cases of three persons who were accused of participating in the bombing of a car bomb in al-Hilla City, which led to the death and injury of many citizens, while pointed out that the court has sentenced them to death.

The statement added that the same court sentenced another terrorist to death for participating in an armed attack on the Iraqi Army forces in al-Tarmeya area in Baghdad, which killed 15 citizens.

Furthermore, it explained that the court sentenced three others to death for carrying out an armed attack on al-Wajeheya area in the province of Diyala, which led to the killing and injury of many citizens, while it indicated that the sentences was issued based in the 4th article of the law of terrorism.

JEDDAH — The Saudi National Society for Human Rights (NSHR) was surprised by the incitement of countries to what they described as “Saudi girls delinquents” rebellion against the values of their families and seeks to receive them under the pretext of granting them asylum.

“Such methods followed by some countries and international organizations are politically motivated and not humanitarian,” said Mufleh Al-Qahtani, head of NSHR, in a press statement on Sunday.

The ongoing case of the girl fleeing to Thailand due to differences with her family and being granted asylum in Canada, caused a stir in social networking sites and was exploited by several international media in an attempt to harm the Kingdom.

Although the issue of the “fugitive girl” is purely a family matter, actors in the international scene, media, rights bodies and politics, tried to exploit the issue to harm the Kingdom, offend Saudi Arabia and reinforce negative stereotypes about Saudis.

Canadian Foreign Minister Chrystia Freeland, who contravened diplomatic norms by attacking Saudi Arabia via Twitter, caused the Canadian-Saudi diplomatic row, was once again on the scene after receiving the “fugitive girl,” at the airport. This action was questioned by Al Qahtani about the motives behind Ottawa’s foreign minister personally appearing at the airport to receive the girl.

“The Kingdom prevents abuse and punishes offenders including the parents and the rest of the family. Even if what some of these girls statements were true the correct procedure is to lodge a complaint with the protection authorities in the Kingdom,” Al-Qahtani said

“The association condemns such behavior, which was issued by some officials of those countries, as it sees it as incitement and seduction of girls who are in adolescence and are unable to make the right decision,” Al-Qahtani stressed.

“This action also includes an attack on the rights of the families of these girls, who are severely harmed by the defamation following their daughters action that pushes them into the unknown,” he said. The girl who fled from her family to Thailand last week arrived at Pearson International Airport in Toronto on Saturday after Canada granted her asylum.

Although the fugitive’s case appears to be “purely family,” several international media used this opportunity to completely attack Saudi Arabia in a frenetic media campaign.

The story of the “fugitive girl” has prompted several international media outlets to fall into the trap of “falsifying the facts” and misleading information about the situation of women in Saudi Arabia, which has witnessed remarkable development over the past two years. — SG 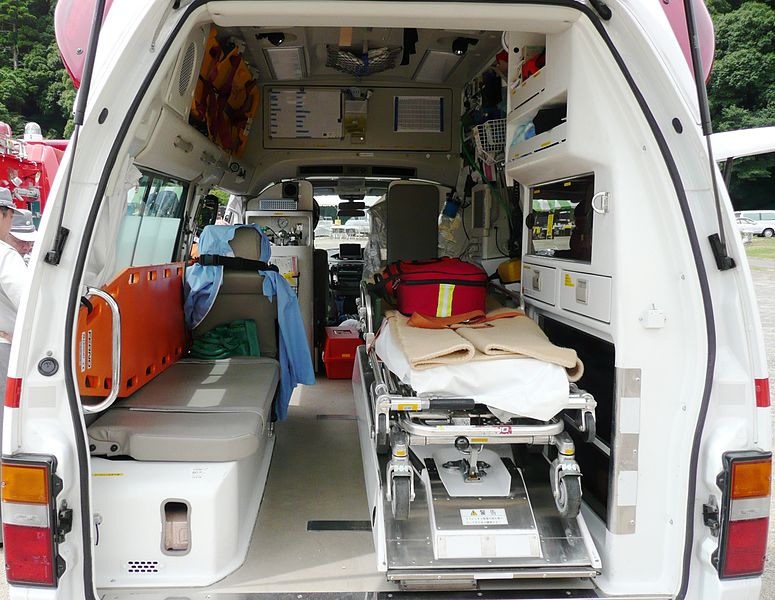 Last year, police stations nationwide received around 8,035,000 emergency calls, of which 20% did not require an urgent ambulance response, according to the National Police Agency (NPA).

The NPA reported the number of emergency phone calls received at police stations from January to November 2018 amounted to 8,359,712, which is an increase of approximately 150,000 from 2017 and exceeded the highest number of calls in 2013.

Regarding the contents of these calls, traffic-related accidents were the most frequent calls, accounting for 2,816,274 cases. On the other hand, calls that did not require any emergency response accounted for 1,603,721 cases, or about 20% of the total.

Examples of non-emergency cases were individuals who called 119 to inquire the phone number of a store, one pleading for officers to do something about the cockroach in [their] home, and someone who was seeking help to retrieve lost data from a cell phone that submerged in water, the NPA said in a report.

US Secretary of State Mike Pompeo is in Qatar. He arrived on Sunday and signed several agreements with Qatari officials.

America’s top diplomat thanked Qatar for hosting US forces at Al-Udeid Air Base, home to the US military’s Central Command forward headquarters.

Bahrain, Egypt, Saudi Arabia and the United Arab Emirates, all U.S. allies, began a blockade of Qatar in June 2017 that continues today.

Pompeo will travel to Saudi Arabia after his daylong stay in Doha.

Tashkent, Uzbekistan (UzDaily.com) — Tatneft, one of the largest Russian oil holdings, plans to create a network of petrol stations in Uzbekistan.

The Russian company has established Tatneft-AZS-Tashkent LLC, which will implement this project.

The new company is registered in the city of Nurafshon, Tashkent region. According to Tatneft, work is currently underway to develop a business plan for the subsidiary.