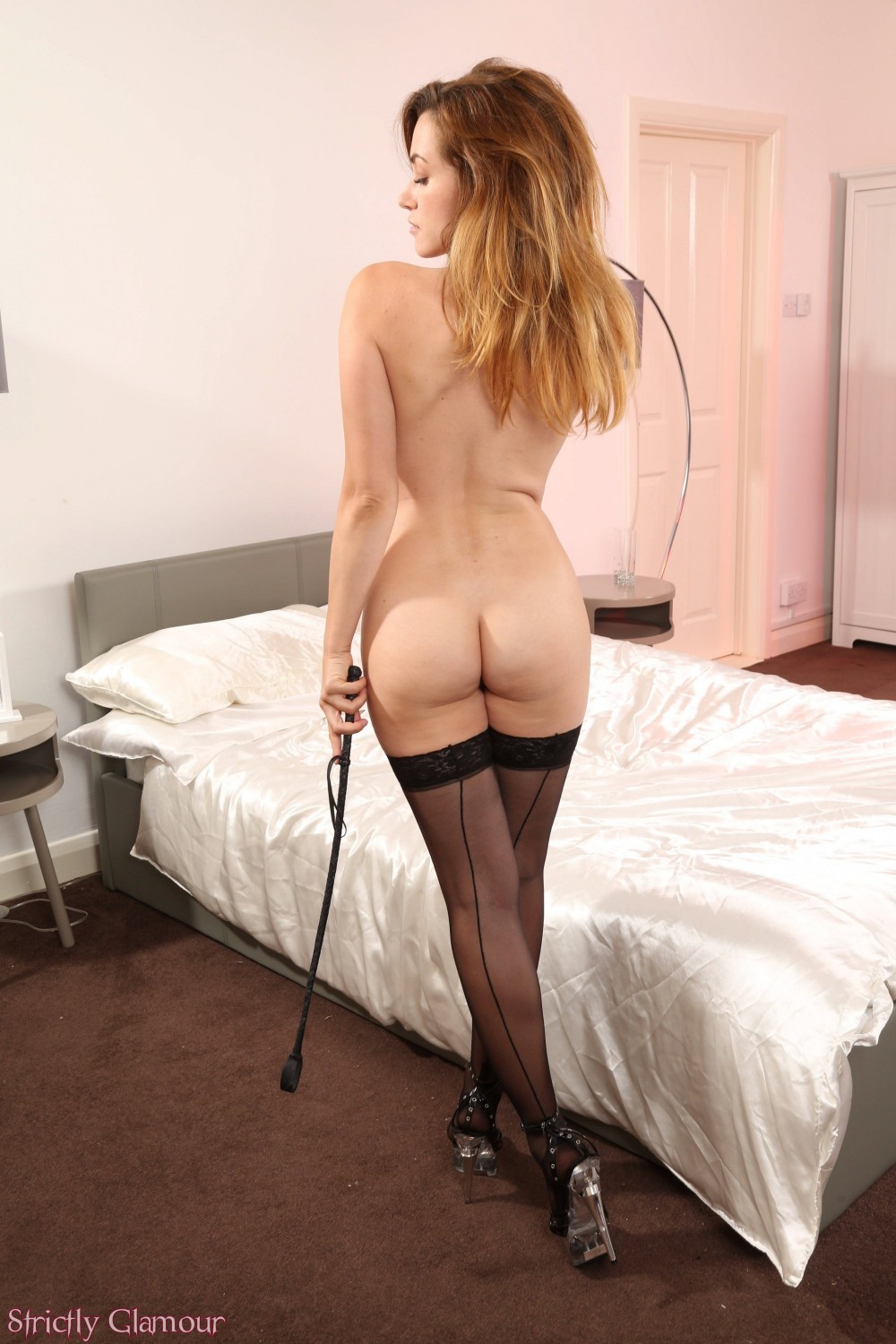 Abu Dhabi: AFC Asian Cup UAE 2019 tournament ambassadors – United Arab Emirates (UAE) legend Zuhair Bakheet and Saudi Arabian icon Majed Abdullah – have made a rallying call to all fans to showcase their full support as the Continent’s most coveted showpiece opened to a rousing start at the Zayed Sports City Stadium on Saturday.

The famed duo may have opposing views on their favourites to win the competition but were unanimous in their assessment of the tournament 23 years after the previous edition in the UAE.

“There is a genuine sense of enthusiasm around the competition, especially now after the opening match. From everywhere we have been, whether it is at schools or roadshow, the passion is undeniable.

“The AFC Asian Cup UAE 2019 has already found its place in Asian football history as the biggest-ever tournament. I encourage everyone to come on this once-in-a-lifetime journey, to be part of football history,” said Bakheet, who played in three AFC Asian Cups as well as the FIFA World Cup in Italy in 1990.

The UAE legend was readily endorsed by fellow ambassador Abdullah. The pair have become synonymous with the tournament, touring across the UAE to bring cheer to school children, volunteers and galvanising numerous community groups.

“The fans are the heartbeat of football. And the level of excitement is growing not only in the UAE but can be felt all across the Continent,” said two-time AFC Asian Cup winner Majed Abdullah.

“Asian football has come a long way since the last time the competition was held here. Today the standard of football in Asia has improved dramatically. Many teams who were emerging are now genuine contenders. There are so many favourites who have a good chance at winning, so I expect the level of competition to be very intense.

“This bodes well for the growth of Asian football but ultimately, the real winners are the fans who now can enjoy access to world-class football action.”

Abdullah continued to reflect on his achievements in the AFC Asian Cup, commenting: “For me, this competition will always be one of the most cherished moments in my entire career. “Even till today people talk about our triumphs in the AFC Asian Cup. It is the greatest stage for Asian players and a platform that helped shaped my career tremendously.”

With the tournament now in full swing, Bakheet concluded: “The AFC Asian Cup continues to grow and excite thousands of fans across more nations. To be an ambassador for the biggest ever tournament which is also in my home country, fills me with immense pride. It is a tournament which will entertain, excite and unite so many people and I am delighted to play my part.”

Al Ain: Syria’s AFC Asian Cup UAE 2019 campaign has suffered a serious blow, with winger Osama Omari to miss the remainder of the tournament after suffering a knee injury.

Both the player and Syrian team confirmed the 27-year-old would play no further part in the competition, and faces a six-month stint on the sidelines after he sustained an anterior cruciate ligament tear in the first half of Sunday’s goaless draw against Palestine.

Omari, who plays his club football for Doha-based Qatar Sports Club, revealed the details of his injury via social media.

“I thank everyone who checked on me, and I thank Qatar Club for covering my treatment,” he said.

“The injury was the anterior cruciate ligament, so I will miss the remaining matches with the national team in the AFC Asian Cup, but my teammates are capable of overcoming this and bringing joy for the millions of Syrians in the next matches.”

The Syrian team also released a statement, which confirmed both the injury and the anticipated six-month recovery period.

Omari’s departure is a blow for the Qasioun Eagles, who were forced to settle for a draw against Palestine on Matchday One, and face remaining group stage fixtures against in-form Jordan and holders Australia.

Yousef Kalfa may be the man to deputise for Omari. The Al Hazem wide man has regularly featured as a substitute in recent friendlies under head coach Bernd Stange, and played all 90 minutes in Syria’s recent 2-1 win over Kuwait.

Dubai: Socceroos rearguards Aziz Behich and Rhyan Grant are confident Australia can bounce back from their opening day loss when they face Palestine in their AFC Asian Cup UAE 2019 Group B tie on Friday.

Australia struggled in front of goal as they failed to produce an equaliser against Vital Borkelmans’ Jordan at the Al Ain’s Hazza Bin Zayed Stadium on Sunday.

Graham Arnold’s side now have little margin for error in their remaining two group matches and defenders Behich and Grant spoke to the-AFC.com on Australia’s chances against the Lions of Canaan.

“The team are disappointed with the result against Jordan. But we are staying positive and we know what we are capable of and what we have to do. We will analyse the previous game and put that behind us,” said Behich during an interview at the team hotel in Dubai.

“There’s enough of us with experience in the squad to make sure the team is upbeat. We’ve good a great group, a lot of strong characters. Our staff has been unbelievable with the positivity and are making sure we still have got a job to do which is to defend our title.”

The 28-year-old, who plays for Dutch side PSV Eindhoven, remains confident Australia can get off on the right foot against Palestine at the Rashid Stadium.

“It’s not one game that defines our tournament. We win these next two games and we will be looking our part.

“We want to start against Palestine straight away and get them on the backfoot and make sure we lock them in and get some early goals.

“We know teams against us are always going to sit back, they know we like to dominate play and they will try to catch us on the counter and that’s where it’s important for us, we have to be prepared for that on the rebound while attacking.”

Australia couldn’t break down Jordan, who were content to drop back and Grant – who came on as a second half substitute for Josh Risdon – said his team will not take Palestine lightly.

“Just like Jordan, the Palestine match is going to be tough. We’ll never give up and they’ll be exactly the same, so it will be a good test for us,” added the 27-year-old Sydney FC right-back.

“They might sit back like Jordan did and make it hard for us but, that’s up to us to break them down and make sure we’re scoring goals

“Whoever comes in for any other player would definitely do the job and do it well. The injuries aren’t great for individual players but as a team we don’t dwell on it much. We’re looking ahead, staying positive and feeling very confident.”

The Caltex Socceroos may not have gotten the result they wanted against Jordan in the AFC Asian Cup UAE 2019™, but Palestine and Syria’s stalemate, plus the fact there are still two matches remaining in the group phase, puts Australia in a position where everything is still to play for.

Syria dominated Jordan in the opening stanza, and even played the last 20 minutes with an extra man when Mohammed Saleh was given his second yellow card of the evening.

However, the Lions of Canaan dug deep and held on for a 0-0 draw.

Following Australia’s result against Jordan, and Syria’s 0-0 draw with Palestine, the Group B ladder is so:

Jordan face Syria on Friday, January 11 at 12:30am AEDT, while the Socceroos do battle with Palestine later that evening at 10pm AEDT.

A win for Jordan would seal their qualification to the next round, while a draw or loss would create a bottleneck at the top.

For Australia, a win would take them one step closer to a place in the knockout round, and a perfect platform on which to build before they take on Syria in the final Group B fixture.

While a win against Palestine would be ideal for the Caltex Socceroos, a draw keeps the side in contention for a place in the Round of 16 — though it would almost certainly require a win against Syria.

What can we expect for Palestine?

Palestine are competing in the second ever AFC Asian Cup™ following their maiden appearance in the 2015 installment in Australia.

Noureddine Ould Ali’s side are ranked 99 in the world, but have cast their net far and wide to recruit players into their national team.

Players such as Jaka Ihbeisheh — born in Slovenia but with a Palestinian father — and Nazmi Albadawi, who was born and raised in North Carolina in the United States, are just some of the players who represent the side.