PETALING JAYA: The Sultan of Selangor has decreed that all dual language road signage in Shah Alam must be removed and replaced with the national language.

It said that all Chinese language road signages in Shah Alam must be removed and replaced with only one language, which is Bahasa Melayu.

“The changing of road signages must be done immediately and completed at the latest before the Sultan of Selangor’s 73rd birthday on Dec 11,” Mohamad Munir said in the letter.

A photo of a road sign in Pekan Subang with Chinese characters has been making its rounds on social media, sparking heated comments and debates among many netizens.

Most comments on Facebook called for the use of Bahasa Melayu only on all road signages.

Diyala (IraqiNews.com) – Five Iraqi security men were killed and wounded Monday in an armed attack on a police patrol in Diyala province, a provincial source was quoted as saying.

Speaking to Alghad Press website, the source said that a federal policeman was killed and four others were wounded when unidentified gunmen opened fire at their police patrol at a village on the outskirts of Khanaqin in northeastern Diyala.

The assailants used explosive charges in the attack, according to the source.

In January 2015, Iraqi forces announced liberation of Diyala province from Islamic State extremist militants who proclaimed an “Islamic Caliphate” in Iraq and Syria in 2014.

The province has seen months of fighting between Iraqi troops and IS militants, especially in the Jalawla and Saadiyah areas in the province’s north and areas near the town of Muqdadiyah.

No group has so far claimed responsibility for the attack, but the Islamic State (IS) militant group, in most cases, is responsible for attacks targeting crowded areas, including markets, cafes and mosques across Iraq.

Riyadh — Custodian of the Two Holy Mosques King Salman inaugurated the 3rd year of the 7th session of the Shoura Council on Monday with an address laying out the roadmap for the Kingdom’s domestic and foreign policies.

King Salman touched upon a number of issues, including developmental plans in the Kingdom and combating terrorism in the region.

The King called on the international community to put an end to Iran’s activities that threaten the security and stability of the region, and reiterated the Kingdom’s support for a political solution in Yemen according to Security Council resolutions and the GCC initiative.

King Salman said that Iran creates chaos and devastation in the region, interferes in surrounding countries’ internal affairs, and insists on sponsoring terrorism.

The King emphasized the need for the international community to put an end to Iran’s activities.

“The international community must put an end to Iran’s activities that threaten the security and stability of the region,” the King said.

On the issue of Yemen, the King said Saudi Arabia’s involvement was not a choice, but a duty to confront the Houthi militias. He said that the Kingdom supports a political solution in Yemen according to Security Council resolutions and the GCC initiative.

“We reaffirm our rejection of the attempts by the Houthi militias to impose their will on the people of Yemen and to obstruct efforts to reach a political solution. The Kingdom continues to provide support to the Yemeni people and the assistance extended over the last two years reached more than $4 billion.”

On domestic issues, the King said the Saudi citizen is the main driving force of development in the country, adding that development plans are achieving set goals at a satisfactory rate.

The King also stated that Crown Prince Muhammad Bin Salman, deputy premier and minister of defense who is also the chairman of the Council for Economic and Development Affairs (CEDA), is focused on developing human resources and preparing the new generation.

King Salman said the Kingdom was founded on an Islamic approach based on the realization of truth and the foundations of the values of justice and the care for all citizens.

“We are proud of the efforts of the Kingdom’s judiciary and the Public Prosecution in carrying out the duties assigned to them. We confirm that this country will never deviate from the application of the Islamic Shariah law without any discrimination,” the King said.

King Salman stated that the Kingdom adheres to Islamic Shariah law and adopts the values of moderation and tolerance.

Time seemed to have stopped inside the main control room for the Fukushima Daiichi nuclear power plant’s crippled Nos. 3 and 4 reactors — that is how Kyodo News reporters felt when they recently became the first journalists to enter the facility since the 2011 nuclear meltdowns there.

The control room’s interior has been left almost untouched since the disaster. Handwriting was found on the wall near an instrument that used to measure the No. 3 reactor’s water levels, showing the urgency faced by some 10 workers there at the time of the crisis.

“We don’t write (on the wall) under a normal situation, so it indicates it was an emergency,” said an official of the plant’s operator, Tokyo Electric Power Company Holdings Inc.

The nuclear crisis was triggered by the magnitude 9.0 earthquake and ensuing tsunami that flooded the facility on the Pacific Coast of Japan on March 11, 2011.

The No. 3 reactor suffered a fuel meltdown and a hydrogen explosion, while the No. 4 reactor, which did not have nuclear fuel inside, also exploded due to a hydrogen inflow from the nearby reactor.

Radiation levels inside the control room for Nos. 3 and 4, whose floor is now covered by special sheets, was 6 microsieverts per hour, which contrasts with 0.037 microsievert per hour in Tokyo’s Shinjuku Ward on Sunday.

The room, which now has only a few lights, is no longer in use as its functions have been transferred to a quake-resistant building.

Following the crisis, which equaled the severity of the 1986 Chernobyl disaster, some 160,000 people were evacuated and more than 40,000 remained displaced as of late September. 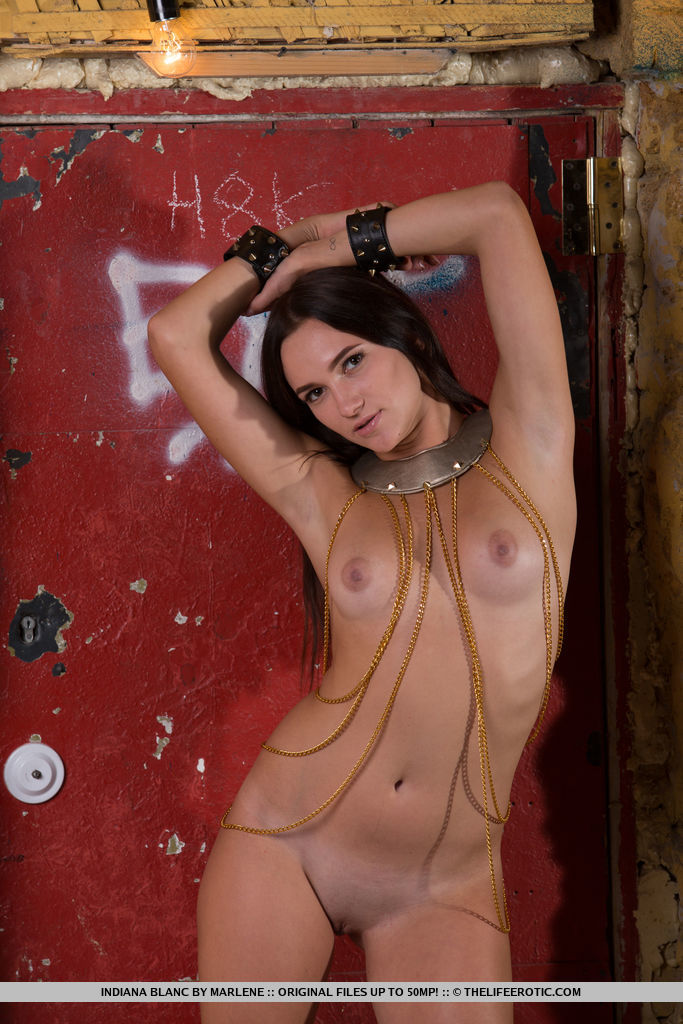 Representatives from eight countries with Darwish S Ahmad, Director of Marketing and Director of Cultural Affairs at the Global Public Diplomacy Network (GPDNet), at its fifth General Assembly held at Katara yesterday.

By Amna Pervaiz Rao | The Peninsula

DOHA: Qatar has been elected the next President of the Global Public Diplomacy Network (GPDNet) at its fifth General Assembly which began at the Katara Cultural Village yesterday.

Qatar will take over the presidency of the organisation next June from Turkey, the current President, for the next three-year term.

“The election was held after high level discussions, both on the cultural and diplomatic level. This time it was held in a new format to cover everyone and this created a big challenge. Finally Qatar was unanimously elected as the new President,” said Darwish S Ahmad, Director of Marketing and Cultural Affairs at Katara.

Representatives from nine countries, who are part of the 14 member organisation are attending the two-day conference.

The opening session began with a welcome speech by Prof Seref Ates of Turkey, the current president of GPDNet, who is also president of Yunus Emre Institute based in Ankara, Turkey.

He said the meeting will discuss ways to strengthen cooperation between member countries to promote public diplomacy and raise awareness in the global society through culture and civil society initiatives.

In his opening address, Dr Khalid bin Ibrahim Al Sulaiti, General Manager of Katara Cultural Village said that Katara is striving to build a communication bridge between the Arabs and the rest of the world.

Al Sulaiti said Katara has made great strides in cultural diplomacy, through a variety of activities focusing on cultural dialogue and interaction between the East and the West.

“This is based on our belief that cultural diplomacy is the means to overcome conflicts and differences, through mutual respect, co-existence and acceptance of others and respecting their cultures. We hope the future would see  more countries joining this network and joint cultural projects being implemented,” said Al Sulaiti.

Besides Qatar, other countries represented in the meeting are Hungary, Philippines, Nigeria, Singapore, Turkey, Mozambique, Taiwan and South Korea.

Giving a presentation on Katara projects, Darwish S Ahmad, Director of Marketing and Cultural Affairs at Katara said that Katara has an experienced team, 50 percent of whom are nationals, who are experts in culture and traditions and capable of engaging with the young generation as well as new technologies.

Katara is one of the top five in the country in the field of Corporate Social Responsibility.

It supports ministries and cultural and educational institutes with best content and ideas and help in the delivery of projects and programmes. It also works in partnership with several international organisations such as Unesco, Isesco and Alliance of Civilizations. “As a member, we have only one year experience with GPDNet, and we are capable of taking it to further heights,” said Darwish Ahmed.

“Qatar hosts expatriates from about 151 nationalities. Public diplomacy will help us reach out to the world, and to different communities. We can benefit and contribute a lot by working together with other members of GPD Net,” Darwish told media.

The GPDnet, founded in 2014 aims to enable exchange of knowledge and experience between member countries and establish bilateral or multilateral projects among cultural and public diplomacy institutions around the world.

Today, the Women’s Committee of Uzbekistan handed over keys to new apartments to 11 women in need of better housing conditions and women with disabilities in Takhiatash.

It should be noted that in 2018, 303 women in Karakalpakistan received housing. The Public Fund for Support of Women and Families under the Women’s Committee helped 128 women to pay the initial payments of mortgage loans.

In order to increase the share of female entrepreneurship in the country’s economy, the provision of concessional loans to women for the organization of family and private entrepreneurship, the Public Foundation for Support of Women and Families under the Women’s Committee of Uzbekistan allocated 3.2 billion soums in 2018 in the Republic of Karakalpakstan.

Credit funds were allocated with the condition of 7 percent per annum for the development or start of activities of women’s entrepreneurship.

In addition, at the initiative of the Women’s Committee of Uzbekistan, 87 workshops were organized in various regions of the Republic of Karakalpakstan and 446 women were provided with work.

In Amudarya and Beruni districts of the Republic of Karakalpakstan, 2 more sewing shops started their work

The Women’s Committee of Uzbekistan continues its work to ensure the employment of women and the development of entrepreneurship among them.

Since the beginning of the year, about 20,000 unemployed women have been identified in the Republic of Karakalpakstan. Of these, more than 18,184 women were employed. Also in some areas, household appliances, refrigerators, washing machines, gas stoves, stoves, and sewing machines were given to socially vulnerable, needy women and women with disabilities.