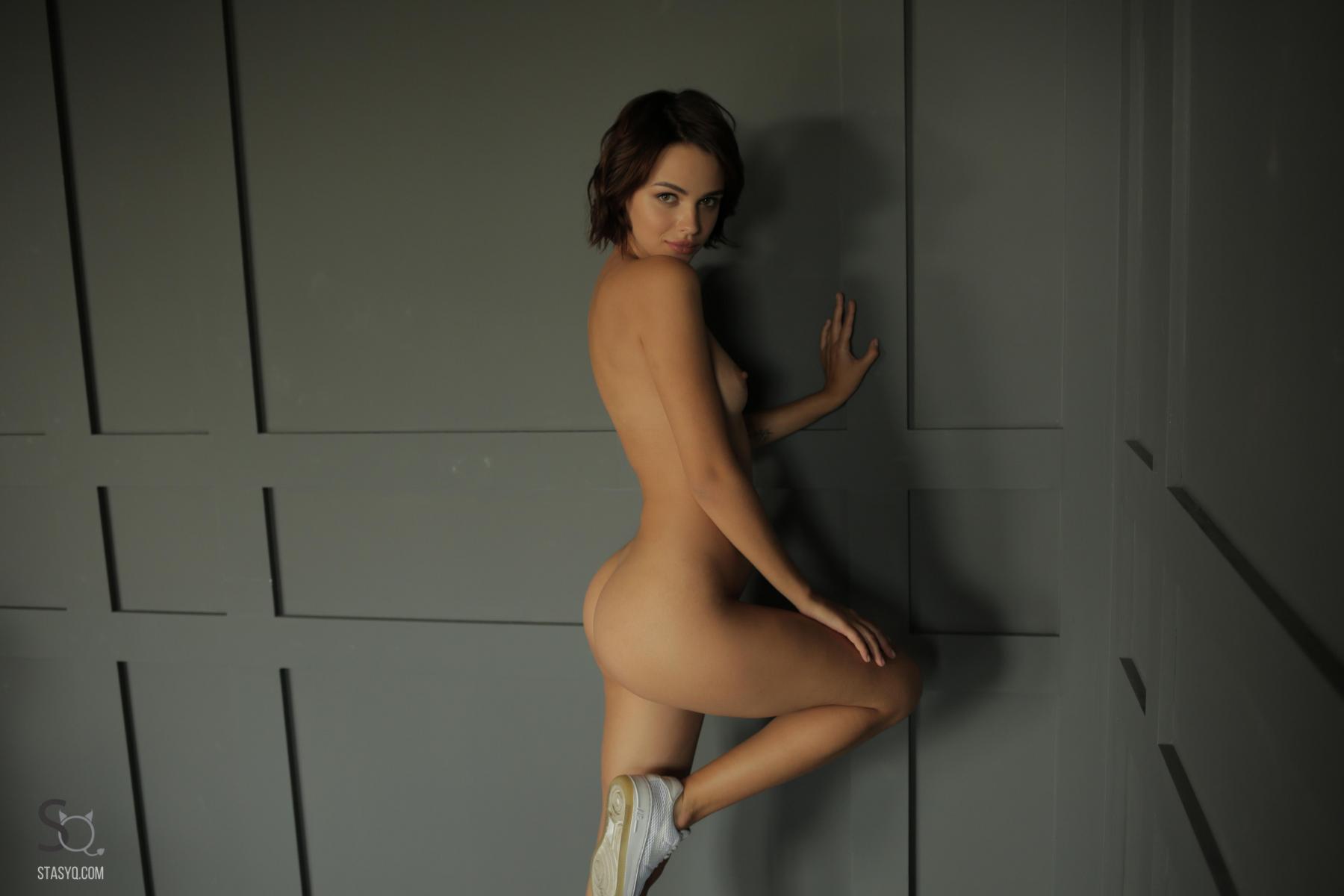 AS THE COUNTRY counts down towards the next general election, speakers at a panel discussion yesterday widely held the opinion that a free and fair national vote without the influence of the ruling junta seems unlikely.

The speakers at the event entitled “Towards a Free and Fair Election: Situation in Thai Society” said the post-coup government had yet to lift the ban on political activities and by extending its control over the Election Commission (EC) has drawn up an “unfair” system.

They called on international agencies to observe the election, which has been tentatively scheduled for February 24.

“To be free and fair, there must be equal access to national media, resources, a fair election-supervising authority, as well as political freedom of electorate, candidates, and political parties,” said Sunai Phasuk, Asia Division senior researcher of Human Rights Watch.

But as freedom of expression, association and assembly – the main characteristics of a democratic society – remain blocked, Thailand should have other countries coming to observe the electoral process, he said.

Sunai was speaking at the panel discussion held at Thammasat University (TU).

Following the 2014 military coup, democratic countries such as the United States, members of the European Union, Japan and Australia have criticised the junta. They have called for free and fair elections that would lead to the formation of a democratically elected civilian government.

Chaturon said he did not think the upcoming election would be a free and fair one.

The national vote was drawing closer but political parties can’t even communicate their policies to the people, he said. “The bans on political campaigning when the election is drawing near point to a lack of democracy and fairness.”

The veteran politician said the government needed to restore freedom of expression, association and peaceful assembly as well as lift other bans imposed on political parties.

Gothom, a former election commissioner and peace campaigner, yesterday also called on the EC to help prevent people in power from taking advantage over other political players in the run-up to the next election.

He said that in order to ensure fairness, the junta government must not interfere in the work of the EC. “How can the |EC work if they are afraid of being dismissed from their positions?” he asked.

In March, EC member Somchai Srisutthiyakorn was removed from office by junta leader General Prayut Chan-o-cha for “causing confusion” regarding the election date.

TU political scientist Janjira said elections are often used as a means to give legitimacy to authoritarian governments and keep them in power.

She said in many countries in Eastern Europe and Asia, authoritarian governments allow elections to take place but influence the results by controlling the election supervising authorities, tampering with election results, controlling the media, and blocking international agencies from observing the voting.

Matha, of the EC, told yesterday’s discussion that the agency was already well prepared for the next election.

“We have found no obstacles in holding the election. And in this upcoming election, the EC has tools that would make it easier for us to work,” he said, referring to a new law that increases its powers.

Diyala (IraqiNews.com) – Two Iraqi farmers were wounded Sunday in a bomb blast in northeastern Diyala, a security source from the province was quoted saying.

“An explosive charge placed by terrorists went off inside a farm on the outskirts of al Miqdadiyah, leaving two farmers wounded,” the source told Al Ekhbariya news website.

He added that the injured were moved to a nearby hospital for treatment.

The surge in violence between armed groups and government forces has resulted in over five million internally displaced persons across Iraq and left more than 11 million in need of humanitarian assistance, according to the UN Office for the Coordination of Humanitarian Affairs.

Violence left 174 Iraqis dead and wounded throughout the month of October, the United Nations said early Friday as the country struggles to recover from four years of Islamic State militancy.

According to a monthly toll released by the United Nations Assistance Mission in Iraq (UNAMI), 69 Iraqis died and 105 were injured during October in actions of violence and armed conflict in Iraq.

JEDDAH — The Public Prosecution has warned employers against exercising their influence to force their employees either to work under coercion or involve in any practices akin to slavery. “This shall be deemed as human trafficking that entails penalties including maximum jail term of 15 years and fines amounting to SR1 million,” it said.

The Public Prosecution noted that Article 6 of the law to combat human trafficking stipulates that jail terms not exceeding 15 years or fines not more than SR1 million or of both will be awarded to all those employers who use physical force or threaten or terrorize their employees or deprive them of some benefits or persuade them to produce forged certificates.

At gunpoint, her father shielded his daughters at their home on an island north of Hokkaido.

“Only after you kill me!” he screamed at the soldiers, who left without harming the family.

“I thought we would all die,” Hasegawa tells AFP.

Nevertheless, Hasegawa, then 13, now 86, has fond memories of her home on the island of Etorofu, off the northern coast of Japan, one of the Kuril islands invaded by the Soviet Union at the end of the war.

Four of the islands known as the Northern Territories in Japan and the southern Kuril islands in Russia are disputed and remain a bitter sticking point between Tokyo and Moscow, preventing them from signing a formal peace treaty.

Now, former residents who were children when the Soviet troops arrived are heading into their twilight years with little expectation of returning to their former home. More than 60 percent of the 17,000 former islanders have already died and the average age of those still alive is 83.

After the Soviet invasion, the father of Kimio Waki, a former resident of the island of Kunashiri, buried his important documents in a pot, for the day he and his family returned.

But he didn’t live to see that day and Waki, 77, doesn’t expect to either.

“No progress at all for 70 years… I have nothing to say but it is truly regrettable,” he told AFP.

He, too, remembers the Soviet arrival clearly.

“Big men I’ve never seen before, carrying machine guns, came into our house, ransacking rooms… I was frozen with terror,” he recalls.

The four-year-old Waki later became friends with Russian children, who came with families after the invasion.

But the friendships came to an abrupt end three years later, when hundreds of Japanese residents were expelled, some gathered inside a fishing net with a wooden bottom and hoisted onto a cargo ship.

In recent months, diplomatic efforts to resolve the issue appear to have accelerated.

Tokyo rejected the proposal, but Japanese Prime Minister Shinzo Abe is expected to meet with Putin again later this year.

Historically, Japan insists the islands, which were once inhabited by the Ainu indigenous people, have never belonged to anyone else. Russia considers them spoils of war as agreed between then U.S. President Franklin Roosevelt and Soviet leader Joseph Stalin in 1945.

Strategically, control of the islands gives Russia year-round access to the Pacific Ocean for its Pacific Fleet of warships and submarines based in Vladivostok, as the surrounding water doesn’t freeze in winter.

“Too little time is left,” says Masatoshi Ishigaki, mayor of Nemuro City, on the eastern tip of Hokkaido, just a few kilometers from two of the islands.

In 1956, Moscow offered to Tokyo the two smallest islands, Shikotan and Habomai, in exchange for a peace treaty, an offer that went nowhere. But Ishigaki says people in Nemuro would now accept that offer, and even a partial return of the islands would bring “great benefits”.

This process is already under way in a limited fashion, with some former residents allowed back to visit family tombs, and Russians coming to Japanese towns under an exchange program.

Japan and Russia are also negotiating economic projects on the islands in areas such as fishing, farming, wind-generated energy, and tourism but the details are yet to be worked out.

But Minatoya is skeptical that the economic projects are the best way to solve the problem.

“Would you accept it when someone you don’t trust says, ‘here’s a big present for you, please take this?'” he asks.

On the other side of the strait, there is little appetite to return the islands.

“It is not likely that economic projects will enable Japan to retake control of the islands,” said Alexander Gabuev, director of the Asia-Pacific Program at the Carnegie Moscow Center think-tank.

“The Russian position is firm: the Kurils are Russian,” he told AFP.

Until the deadlock is broken, Hasegawa has only the memories of her home island, known as Iturup in Russian, from where a Japanese carrier fleet departed to attack Pearl Harbor in 1941.

She remembers riding a horse on the beach, her family felling trees and pulling the logs home on a horse sled. She remembers the bitter cold and how they would put a brick on a stove, then wrap it in a towel to warm their bed.

Waki now lives in Rausu, around 25 kilometers from his hometown of Kunashiri, known in Russian as Kunashir, which is visible on a clear day.

We look forward to open the @NMOQatar to the public on 28 March 2019 with its magnificent new building by @ateliersjnouvel.