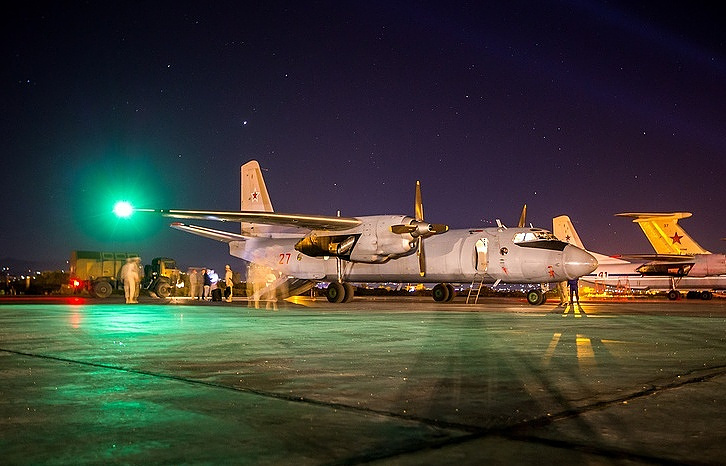 Russia’s Hmeymim air base in Syria

“On August 9, airspace control equipment of Russia’s Hmeymim air base detected an unmanned aerial vehicle (UAV), launched from a territory, controlled by illegal armed groups, in the north of the Latakia governorate. The aerial target was shot down by air defense systems at a distance from the air base,” the head of the Russian Center for Reconciliation of the opposing sides in Syria, Maj. Gen. Alexei Tsygankov, said.

“There was no injuries or damage. Russia’s Hmeymim air base operates as normal,” he added.

According to earlier reports, Russian servicemen disabled more than 25 drones last month, heading toward the Hmeymim air base and carrying various types of ammunition.