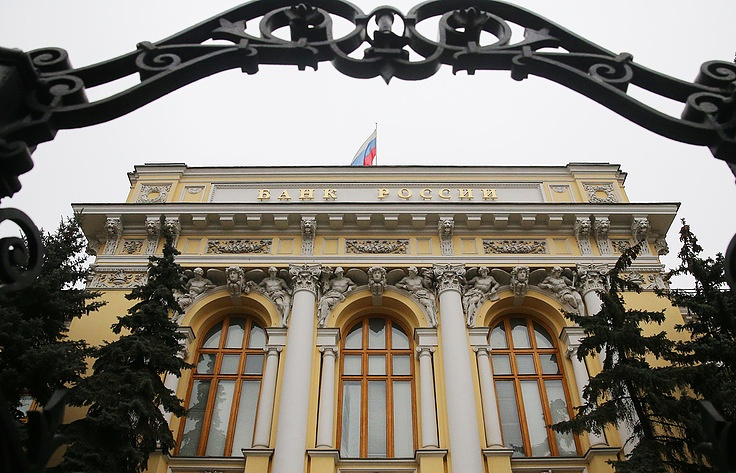 MOSCOW, June 15. /TASS/. The Bank of Russia has maintained the key rate at the level of 7.25% following the government’s decision to raise the VAT and the growth in gasoline prices outstripping inflation in May.

“The Bank of Russia has reviewed the inflation forecast upwards considering the planned increase of the value added tax in 2019. This measure will influence the next year consumer prices dynamics and may affect this year’s dynamics as well,” the regulator said in a press release.

“The balance of risks up to the end of 2019 has shifted towards proinflationary risks. In making its key rate decisions the Bank of Russia will assess inflation risks, inflation dynamics and economic developments against the forecast,” according to the press release.

The ruble slightly slowed down the decline against the dollar and the euro after the decision of the Central Bank to keep the key rate at the level of 7.25% per annum.

Thus, the dollar fell to 62.7 rubles, the euro fell to 72.72 rubles after the decision was published.

The regulator noted that annual inflation in general corresponds to the Bank of Russia’s expectations. “In April and May, the annual consumer price growth rate remained at the March level totalling 2.4%,” according to the press release.

The Russian Central Bank assesses believes it is necessary to slow down transition to a neutral monetary policy due to the impact of the proposed fiscal measures on inflation.

“Taking into account the impact of the suggested fiscal measures on inflation and inflation expectations, the transition to neutral monetary policy needs to be slower. Keeping somewhat tight monetary conditions allows to limit the scale of secondary effects arising from the tax policy decisions and stabilize annual inflation close to 4%,” the regulator said.

The Bank of Russia in the medium term expects a faster growth of the Russian economy in case of successful implementation of the planned fiscal measures.

At the same time, according to the forecast of the Central Bank, Russia’s GDP growth in 2018 will be 1.5-2%, and in 2019-2020 the economic growth rates will remain around these levels.

“The Bank of Russia’s forecast might be further updated to reflect a detailed estimate of influence that the set of fiscal measures, announced on 14 June 2018, will have on economic performance. Although in the medium term if the scheduled measures are successfully implemented the expected economic growth could be faster compared to the Bank of Russia’s baseline forecast,” the regulator said.