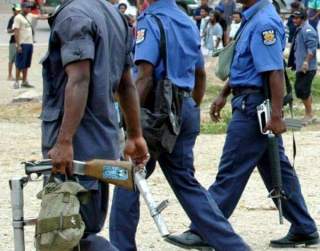 A police officer from Morobe province was stabbed to death on Wednesday night after attending to a complaint from Nawaeb MP at the Nabak Settlement.

Northern Divisional Commander Peter Guinis said the police officer and two other female colleagues went to attend to the complaint and were returning when their vehicle encounted a tyre problem. Some criminals from the nearby settlement attacked them and stabbed the officer multiple times.

He said local police were at the scene and rescued the female officers and the victim however died along the way.

He called on the Nabak settlement community leaders for a total cooperation with police and apprehend suspects involved in the killing of the officer.

Mr Guinis said police have identified suspects and are on the lookout for them. PNGFM / PNG Today 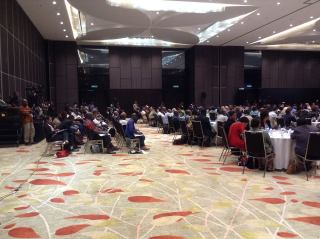 On the Referendum Awareness, ABG President Chief DR. JOHN MOMIS told the National Conference of the Bougainville Referendum that in preparing for the Referendum, we must ensure that awareness programs ensure that our people understand that lasting peace is the central goal of the referendum arrangements.

He said that the Bougainville Government’s Communication and Media Bureau is working closely with key actors in Bougainville to develop a very good awareness program.
It includes radio programs, a bi-monthly newspaper which prints 30,000 copies distributed to all 33 constituencies, through schools, churches and community governments and it also includes posters and SMS messages sent to phones.

President Momis said despite all these, he was concerned that so far very little awareness has been made about the main options about which people will be asked to vote in the referendum, they are Autonomy and Independence.
He said that we need a strong awareness campaign that helps our people have a good understanding of both options.

President Momis said that because implementing the referendum arrangements is a joint responsibility of the two governments, the awareness campaign should be done jointly by the two governments, with both governments being neutral on which option they want the people to support.
He said that we need objective presentation of the facts of both options.
President Momis said that if there are more than two options to be voted on, then awareness will be needed in all options.
Furthermore, he said that awareness must also be directed to encouraging all sections of the Bougainville community to take responsibility for achieving peace.
And this includes former combatants, Panguna landowners, Churches, Youths and Women Organizations.
He said that the current awareness campaign is focussed on the roles of the ABG and the international community in relation to the referendum and is not calling on all Bougainvilleans to contribute to a lasting peace.
New Dawn FM/ PNG Today