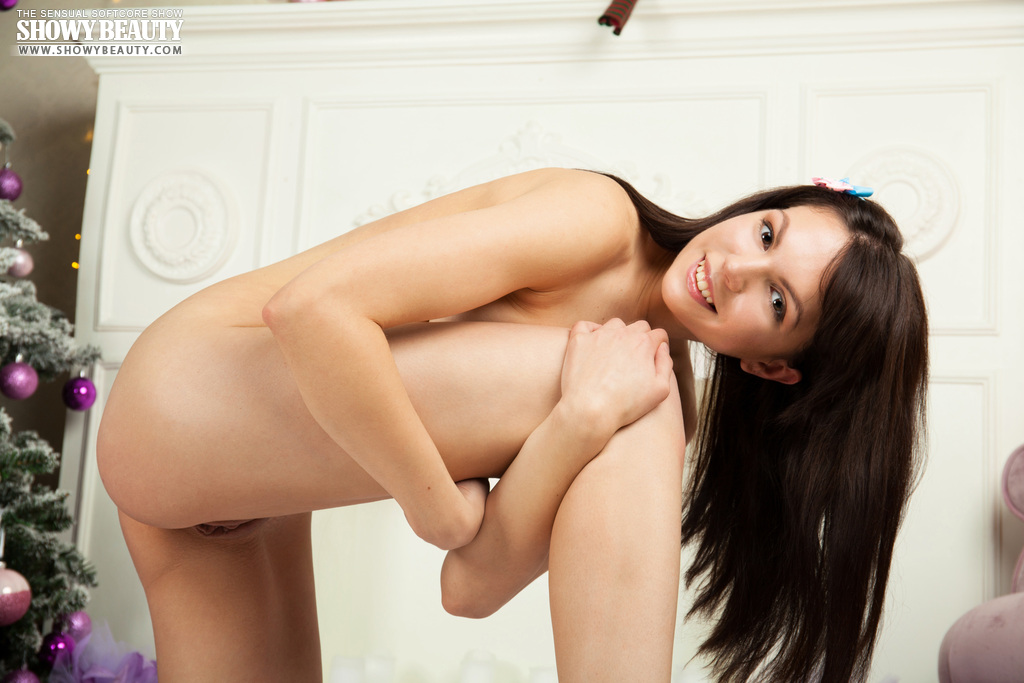 A drug suspect used a smuggled saw blade to cut through an iron bar at a police detention room in Suphan Buri and disappeared.

Police learned of the escape from the Song Phi Nong district station at 3:30am on Thursday.

The suspect was identified as Kitkorn Rassamee, 33, a resident who was being held on drugs charges.

Police suspected that his relatives who visited him on Wednesday hid a saw blade in a food pack.

A CONTROVERSIAL clause in the organic law on selection of senators is not unconstitutional, the Constitutional Court ruled yesterday.

The Court explained that the cause in question was merely provisional, not permanent.

The clause stipulates candidates for the Senate must be either “independent” or represent a professional association.

Opponents including the Constitution Drafting Commission said the clause violated the military-drafted Constitution, which only recognises members of professional guilds as legitimate Senate candidates.

The controversy led to some members of the National Legislative Assembly (NLA) seeking the Court’s ruling to ensure the bill’s legality and prevent any future problems arising regarding the clause. The NLA was criticised loudly for the move by those concerned it would further delay an election.

The Court’s ruling that the clause is in harmony with the Constitution means the NLA can now proceed to submit the bill to the prime minister to present for royal endorsement.

Two more bills – on the election of MPs and on political parties – have been sent to the Constitutional Court for a ruling on their legality.

The Court yesterday announced it would deliver a judgement on the MPs election bill next Wednesday.

Contentious points in the bills are whether it is constitutional to ban eligible voters who fail to vote from taking up any political office, and provision of assistance for the disabled at polling booths.

On controversy surrounding the junta amending the political party law to set deadlines for party arrangements, the Court said it would discuss the issue next Wednesday and give a verdict later.

Phra Phromsitti, the abbot of Wat Saket, appears to have fled as 100 police officers descended on the Bangkok temple early Thursday morning to arrest him and three other monks implicated in a temple-fund embezzlement scandal.

Reached by phone, Immigration Bureau commissioner Pol Lt-General Sutthipong Wongpin said there was no indication the abbot had left the country, but his office would place him on a blacklist if shown the arrest warrant.

He said that money had been frozen on the orders of the Anti-Money Laundering Office secretary-general.

Police had determined that the abbot was at the temple on Wednesday and officers were stationed at all entrances, Maitree said, but on Thursday they discovered another exit near the monks’ residences that afforded stealthy access to main road.

“I’m not worried about [the abbot’s disappearance],” he said. “No matter where he goes, we will find and arrest him eventually.”

Police also removed a computer and documents regarding the temple budget from Phra Phromsitti’s residence and arrested three of four civilians accused of aiding in the embezzlement.

Also arrested were two monks wanted in the case, whose names were not released.

The Wat Saket operation coincided with police raids at Wat Sam Phraya and Wat Samphanthawong in Bangkok and Wat Omnoi in Nakhon Pathom.

All of the senior monks are suspects in the embezzlement of state funds meant for dharma schools, an affair exposed last year with the discovery that senior officials of the National Buddhism Office (NBO) might have embezzled funds.

Prachuap Khiri Khan Governor Panlop Singhaseni on Thursday said he has formed a committee to find a legal path to close 10 hotels in the tourist resort town of Hua Hin that continue to operate in defiance of licensing laws.

The Online Travel Agent (OTA) system is the root of the problem, said Udom Srimahachota, vice-president of the Thai Hotels Association. Only 197 hotels in Hua Hin have proper licences while some OTA websites have posted 699 Hua Hin hotels for people to book daily-rented accommodation, said Udom.

Authorities should require the OTA post the hotels’ licence numbers in their ads, so that consumers could feel confident of the facilities’ safety standards, said Udom. His group has urged Tourist Police Bureau deputy chief Pol Maj-General Surachate Hakparn to crack down on illegal hotels in Hua Hin to prevent problems for tourists.

As bureaucratic red tape has posed a challenge in quickly shuttering the hotels, Panlop said he has set up a committee to look for a way to close them. He said the authorities had not issued licences as the hotels have claimed and was confident the investigation would bring the truth to light.

“Hua Hin Municipality and Tambon Hin Lek Fai Administrative Organisation can order a ban for hotels to use these buildings, if the buildings were modified illegally or used for purposes other than for personal residences as stated in the building permits,” Panlop said.

He conceded that this has been a longstanding issue in the province.

Panlop said he instructed all municipalities and tambon administrative organisations to check on buildings in their jurisdictions to discover if any had been turned into a hotel without proper permission, and to suspend such building use pending an investigation.

A source said the province’s fact-finding panel had reported to the Interior Ministry about 10 hotels that used fake hotel licences with forged signature of a deputy provincial governor who had retired in 2015, resulting in a serious disciplinary probe against four accused officials.

The four unnamed persons, who served at Hua Hin during 2014-2015, also faced a police complaint over charges related to state-document forgery. Those officials are a former district chief officer who now serves in another province, a district clerk, a former district chief officer in charge of administrative affairs who now serves at the Anti-Money Laundering Office and a district office typist – the latter of whom had implicated the others.

Her Royal Highness Princess Maha Chakri Sirindhorn on Wednesday presided over the opening ceremony of the Fifth National Rice Academic Conference 2018 which was held in Bangkok under the banner of “Thai Rice Research Moves Towards Thailand 4.0”.

Nine agencies involved in studying rice collaborated on the conference themes focused on strengthening the rice sector in Thailand, by improving productivity and processing from upstream to downstream to add value to the nation’s foremost crop and its position as the world’s foremost rice trader.

The Agricultural Research Development Agency (ARDA) was this year’s major conference host, and its director, Phanpimol Chanyanuwat explained the agricultural research funding agency’s role, in cooperation with the Ministry of Agriculture and Cooperatives – improving the quality of life of farmers, especially Thai rice farmers, through earning a stable income.

The agency was ready to work with research agencies, and other agencies, to create knowledge, enhance Thai rice competitiveness through technology and innovation, while also helping Thai farmers reduce production cost, and ensure quality production, she added.

Thai farmers should not only be able to sell their paddy rice or milled rice, but also process rice into other high value-added products and create more effective distribution channels for farmers, Phanpimol said.

Farmers should be able to grow rice without destroying the environment, so that producers and consumers have high quality lives, while also helping Thailand maintain its position as the world’s major exporter of sustainably harvested rice, she added.

The May 23-24 conference also featured two major exhibitions at a hotel in the government complex, in Chaengwattana, Bangkok. The first exhibition honoured the Royal Institute to commemorate the resolutions of His Majesty King Bhumibol Adulyadej, His Majesty King Maha Vajiralongkorn, and Her Royal Highness Princess Maha Chakri Sirindhorn.

The second exhibition featured the nine allied agencies under the major theme of presenting research and innovation on rice. It highlighted research that was consistent with goals of national development.

Home goods giant Ikea on Thursday announced a recall of its bicycles following a string of accidents caused by problems with the drive belt.

“Customers that have a Sladda bicycle are urged to stop using it and to return it to any Ikea store for a full refund,” read Ikea Thailand company in its online statement.

IKEA has been informed and advised by a well-established component supplier to recall the SLADDA bicycle, due to safety issues with the drive belt.

The drive belt can suddenly snap, which in turn can lead to falls. For this reason IKEA precautionary recalls all SLADDA bicycles and urges customers to stop using the bike. IKEA has received eleven reports of such incidents, with two minor injuries. “No incidents of injury reported in Thailand,” according to the statement.

SLADDA bicycle has been awarded a “Red dot award” for its design and has been sold in 26 markets since sales start, August 2016.

We are proud of the beauty of SLADDA and the intentions to create a sustainable urban transportation solution. We also know that many IKEA customers love their SLADDA bike, but for IKEA safety always comes first.

Accessories specifically designed to fit with SLADDA; front rack and rear rack will also be refunded to any IKEA stores or Pick up and order point for a full refund.

“According to the Revenue department of Thailand (tax office), a receipt number should be stated in the credit note when issuing a refund, so we would appreciate if you can present the receipt.”

In case of no receipt, we will have to return in the form of an IKEA gift card. For more information, please visit http://www.IKEA.co.th or contact IKEA Customer Relations at +66 2 708 7999