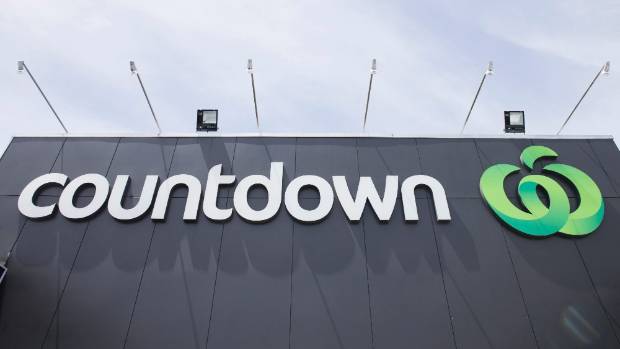 A security guard has died following an incident outside the Countdown supermarket in Papakura (file photo).

A 17-year-old male charged with manslaughter over the death of an Auckland security guard will remain in police custody.

Goran Milosavljevic died after being allegedly punched in the head outside a Countdown supermarket in Papakura in south Auckland. A tribute left to security guard Goran Milosavljevic at the Papakura Countdown.

The teen appeared in Papakura District Court on Thursday afternoon and was granted interim name suppression until his next appearance.

A number of family members were in the dock with one woman calling out “stay strong son”.

He will next appear at the High Court at Auckland on May 23. 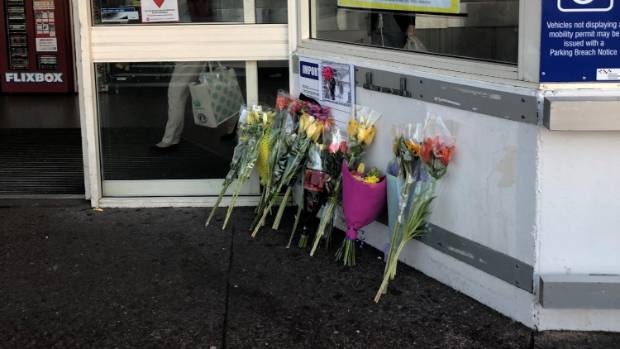 Flowers left at the front entrance of Countdown in Papakura.

“Our deepest sympathies are with them at this time.”

Countdown managing director Dave Chambers said the company was “deeply saddened by the tragic loss of one of our team”.

Milosavljevic had worked there for eight months.

“No New Zealander should go to work and not expect to return home to their loved ones,” Chambers said.

“Our focus right now is to support the family and our team in whatever way we can.”

Chambers said Countdown had made its security footage available to the police and would continue to cooperate with the investigation.

A number of flower bouquets had been left at the front entrance of the supermarket on Thursday.

“We haven’t had a death within our industry since 2011 so it’s not something that happens often,” he said.

It was his first night as a security guard.

In 2013, the man charged with his murder was found not guilty.

“We are operating in risky roles, like I said we are devastated but we appreciate that we operate with that risk factor as well,” Morrison said.

Morrison said the association would be looking into the incident further.

E tū, the union for security guards, was alarmed by the guard’s death.

Union co-ordinator Jill Ovens said the guard had died while working to keep others safe.

“This is a tragedy for the family and will also be very upsetting for the man’s colleagues. No one should go to work and not return home at the end of the day,” Ovens said.

She said it was particularly concerning since it was the second serious assault on a security guard within the past week.

A staff member at nearby Stampede Bar said “a couple” of her staff members saw the assault, but she did not want to comment further.

A WorkSafe spokesperson said the company had been notified of the assault and would be making inquiries.

“As the deceased was at work at the time of the incident this is considered a notifiable event under the Health and Safety at Work Act 2015,” the spokesperson said. 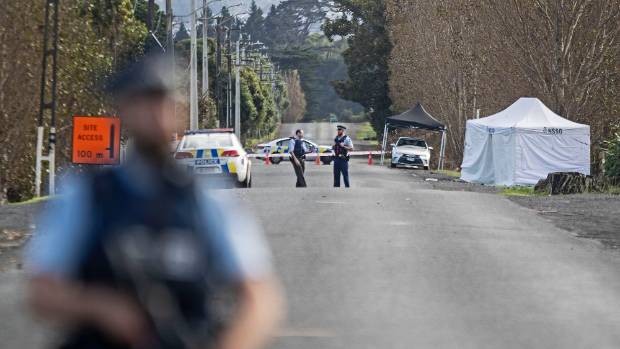 The crime scene was blocked off for most of Tuesday while police investigated.

A brother of a man killed in a double shooting in south Auckland believes he died as a result of gang activity gone wrong.

Epalahame ‘Hame’ Tu’uheava, 28, was found dead next to his seriously injured wife, Mele, 25, on Tuesday morning on Greenwood Rd, Māngere.

​Both had gunshot wounds to their upper bodies. On Thursday Hame’s younger brother, Laua Tu’uheava, said he believed his brother’s killing was planned.”I reckon it was set up eh, obviously he got shot so it must have all been planned.”

The 23-year-old said he and his brother were both members of the Crips gang, but Hame had become more family oriented since the birth of his son, now 8 years old.

“I think something must have went wrong … The way I’m thinking is something went wrong and then they killed him.”

Police said they were looking for two suspects of Tongan descent, one slightly taller than the other.

“The taller one possibly has a little bit of a hunchback,” said police Detective Inspector Faa Va’aelu.

Laua Tu’uheava said he had no idea who could have done that to his brother and his wife, and the pair had no enemies that he was aware of.

He said Hame was a Crips gang member since he got kicked out of school, up until the day he died.

“It wasn’t just about being in a gang, it was like family, a brotherhood. We all grew up in the same area … Drinking, partying, getting into fights.

“But that was the old days, now everything has changed and all of the boys are growing up and having families.”

A close friend of Hame’s, who did not want to be identified, said on Thursday he also believed Hame died as a result of a gang hit.

He said he thought a gang based in Australia had sent someone to New Zealand to kill the 28 year old.

Laua Tu’uheava said the family were pulling together and trying to remain strong. “There is sadness, but we just keep it inside, it’s too late, we can’t bring him back”.

Hame, who was also known as Abraham, came from a large family of four brothers and two sisters.

“He was always really humble growing up, and was a bit of a clown. He loved to swim.”

The family had moved to New Zealand from Tonga early on, and his father had died about four years ago, Laua Tu’uheava said.

He said his brother was a truck driver, and loved spending time with his young family at the beach and in particular, teaching his son to fish.

“He was a loving father.”

The child was being looked after by his grandmother, while his mother recovered in hospital.

A hospital spokesman said the 28-year-old mother was in a stable condition on Thursday morning.

Laua Tu’uheava said his brother’s wife was doing alright, but he hadn’t had much time to catch up with her due to funeral preparations.

“I just want to send a message to everyone in south Auckland to be careful and learn from this.

“I don’t want anyone else to go through what my brother went through. Especially for my mother, you know no-one would want to bury their child.

“If anyone knows anything let us or the police know, because my brother deserves justice.”