The Holy City of Makkah also suffered as a result of the adverse weather.

Authorities in Saudi Arabia have issued alerts and warnings regarding the adverse weather conditions that are expected to prevail in some areas of the country.

Cities in the Kingdom had been hit by sandstorms on Thursday which had led to the disruption of road and air transport across the country and several accidents in the city of Jeddah. The maritime traffic coming in and going out of the Jeddah port was also affected due to the poor visibility.

According to an Arab News report, a weather forecast from the General Authority of Meteorology and Environmental Protection has issued a cautionary warning about some of the Riyadh governorates such as Al Majma’ah, Al Kharj, Shaqra expected to experience dusty weather accompanied by strong winds. The General Directorate of Civil Defense in Riyadh called for people to exercise caution as the weather is to induce low visibility in the region.

An earlier warning of the prevalence of unstable weather in the kingdom on Thursday and Friday had been issued by the early warning centre of the National Saudi Meteorology and Protection of the Environment agency.

The Holy City of Makkah also suffered as a result of the adverse weather.

All of the asthma patients as well as the ones suffering from breathing problems or other respiratory heath concerns have been advised to abide by their respective medical instructions. They have also been warned against travelling on the roads and areas affected by the sandstorms urged by Major Mohammed Al Hammadi, the media spokesman for Civil Defense in Riyadh. 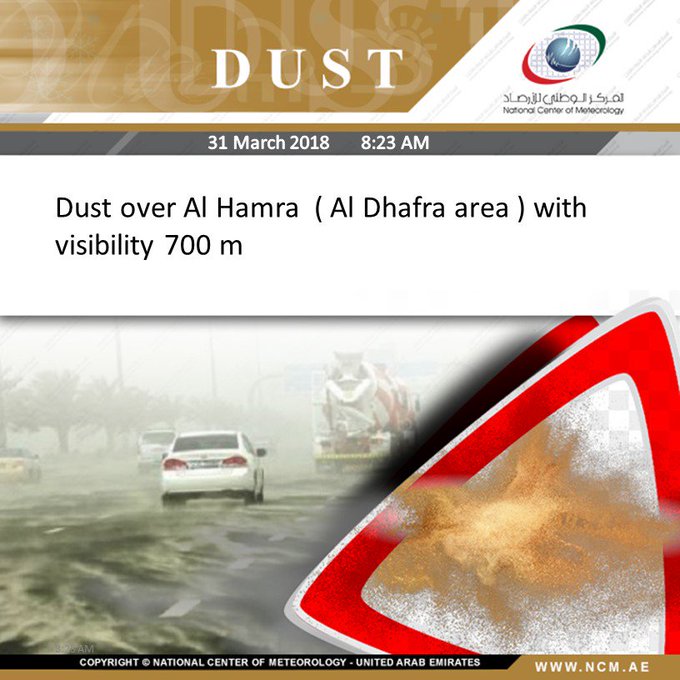 According to the National Center of Meteorology in UAE, sand and dust has hit the Al Dhafra area in Abu Dhabi with visibility of up to 700m. 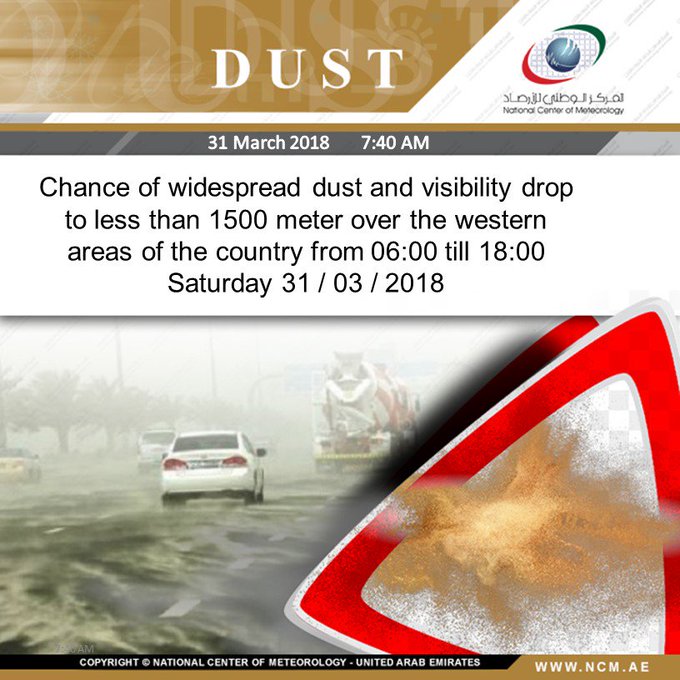 The NCM had also forecast the chances of dust storm hitting the western areas of the UAE, with the visibility dropping to less than 1500m from 6:00am in the morning till6:00pm in the evening on Saturday.