Caltex Socceroos striker Nikita Rukavytsya is hoping history repeats itself as he zeroes in on an unexpected FIFA World Cup berth.

The 30-year-old flyer was a surprise recall for last year’s do-or-die play-offs against Syria and Honduras having spent the previous four years in the international wilderness.

But a purple patch of form for Israeli club Maccabi Haifa – for whom he has netted nine league goals this season – has the ex-Western Sydney Wanderers man right in the frame for a ticket to Russia.

Should he win a place in the 23-man squad, it would make for remarkably similar circumstances to those which saw him appear as a fresh-faced 22-year-old at South Africa 2010. 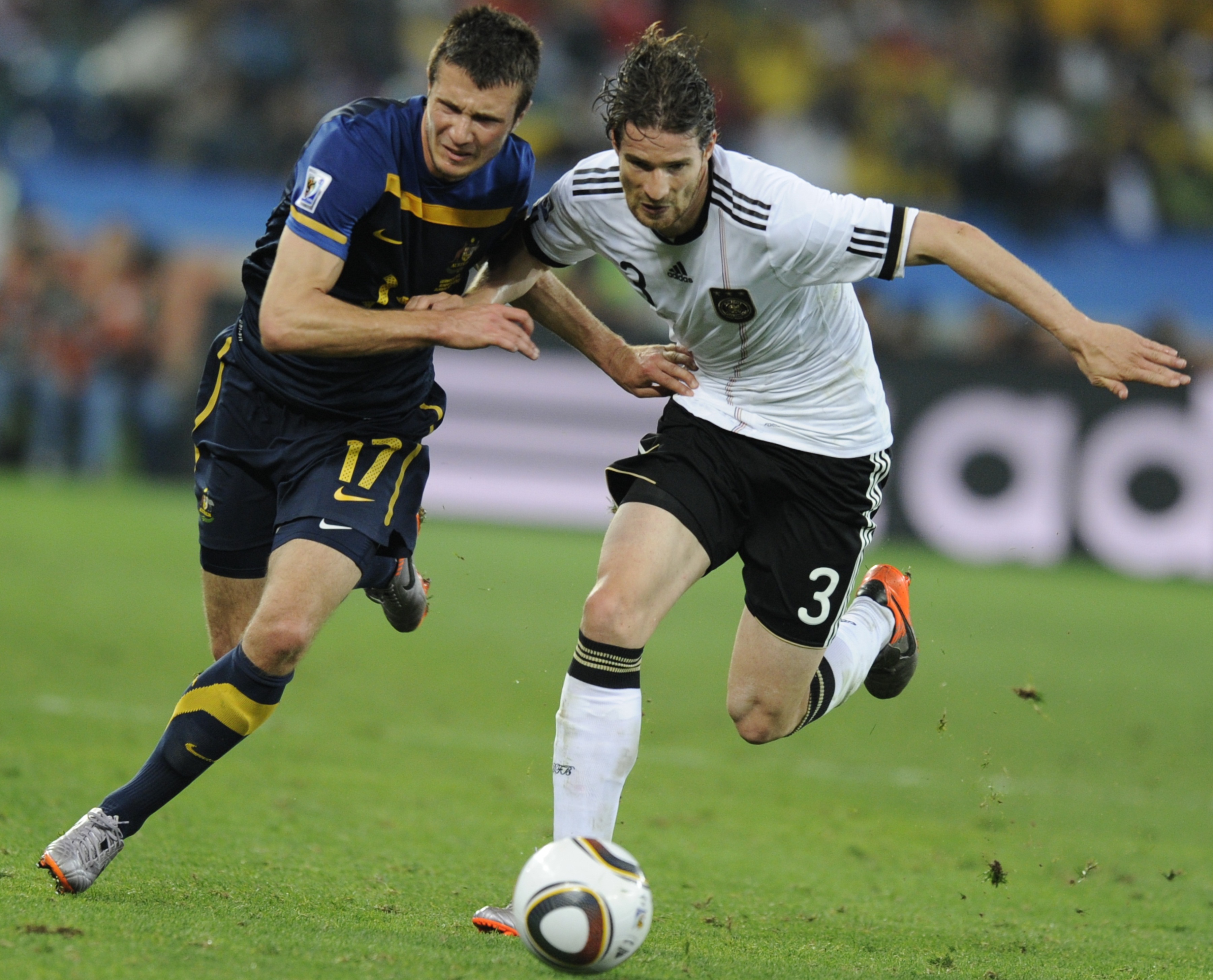 The Perth Glory product fired his way into calculations with a timely goal glut at Belgian outfit Roeselare, where he was on loan from FC Twente.

“It was a dream come true. It’s not something you can really explain until you experience it,” Rukavytsya told socceroos.com.au of the experience.

“I was pretty young back then. To be a part of it and to play at a World Cup is unbelievable.

“Hopefully I can push on and it can be my second one.”

Tim Cahill, Mile Jedinak and Mark Milligan were also present in 2010 and remain among the 26 players currently in Oslo for Bert van Marwijk’s first training camp.

Having previously rubbed shoulders with the likes of Harry Kewell and Mark Bresciano, Rukavytsya views the current crop of hopefuls as capable of doing some damage.

“The boys are playing in some good leagues and at some good clubs. I’m sure we have a good team and we can really compete.”

And as for his message to players who may be looking to write a similar selection script to the speedster?

“You just have to keep working and doing your best,” he said.

“In the back of your mind the World Cup should push you to do better. Just do your best and enjoy the experience leading up to it.”

In his first camp in charge, Van Marwijk has laid the foundations for the upcoming FIFA World Cup campaign by urging the use of quick, crisp passing.

The Dutchman’s approach has made a positive impression on Leckie, who is in line to win his 50th cap when Australia meet Norway at the Ullevaal Stadion in Oslo on Saturday morning (AEDT).

“He’s been here and he knows how it is. Just the couple of meetings we’ve had have been really convincing.

“He wants to move the ball quickly and play fast. We’ll look more over that in the next few days but I think he really wants to play the modern way.

“The more we do, the better we’ll get at it. He hasn’t really cemented the formation we’ll play but we trained the 4-2-3-1 yesterday.”

Leckie will notch up a half-century of international appearances if he features against either Norway or Colombia in London next week.

The 27-year-old, who debuted for Australia in 2012, already boasts a catalogue of fond memories, including a breakout role at the last FIFA World Cup and subsequent success at the 2015 AFC Asian Cup.

“It’s a huge accomplishment for me,” the Hertha Berlin man said.

“It’s all happened pretty quick. I’ve only been part of the national team for four years but I’ve been able to stay healthy and play the majority of games.

“I’ve had a lot of success with the Asian Cup and big moments in qualifying.

“It’s been an incredible journey and hopefully many more to come.” 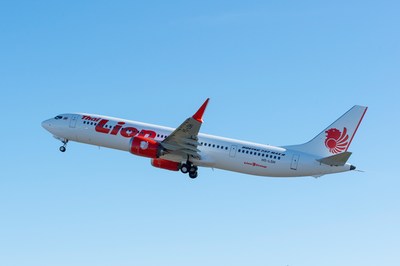 SEATTLE, March 21, 2018 /PRNewswire/ — Boeing [NYSE: BA] and the Lion Air Group today celebrated the very first 737 MAX 9 to be delivered. The airplane will go into service with Thai Lion Air, where its added capacity will help the airline launch several international routes.

“The 737 MAX 9 is a perfect fit for our growing business in Thailand,” said Capt. Darsito Hendro Seputro, CEO and Chairman of Thai Lion Air. “The 737 has been the backbone of our business since we began and we will use the added capacity the airplane provides to expand our network and start additional routes to Bangladesh, China and India.”

The Lion Air Group is the launch customer for the MAX 9. They were also the first operator to put the MAX 8 into service, and have announced a commitment for 50 MAX 10s. The Group also has an additional 200 737 MAXs on order and is one of the world’s largest operators of the 737.

“The Lion Air Group is the perfect example of how the 737 MAX family provides a common fleet solution across the single-aisle spectrum,” said Boeing Commercial Airplanes president and CEO Kevin McAllister. “Not only will Lion Air Group benefit from the MAX’s range and capacity, they will enjoy the best economics and reliability in the industry.”

The 737 MAX 9 is designed for a capacity of up to 220 passengers and a maximum range of 3,550 nautical miles. With three additional seat rows compared to the 737 MAX 8, this airplane provides operators added capacity while maximizing profitability within their network.

The 737 MAX family is designed to offer customers exceptional performance, with lower per-seat costs and an extended range that is opening up new destinations in the single-aisle market. The 737 MAX incorporates the latest CFM International LEAP-1B engines, Advanced Technology winglets, Boeing Sky Interior, large flight deck displays and other features to deliver the highest efficiency, reliability and passenger comfort in the single-aisle market.

The 737 MAX is the fastest-selling airplane in Boeing history, accumulating more than 4,300 orders from 95 customers worldwide. For more information and feature content, visit www.boeing.com/commercial/737max. 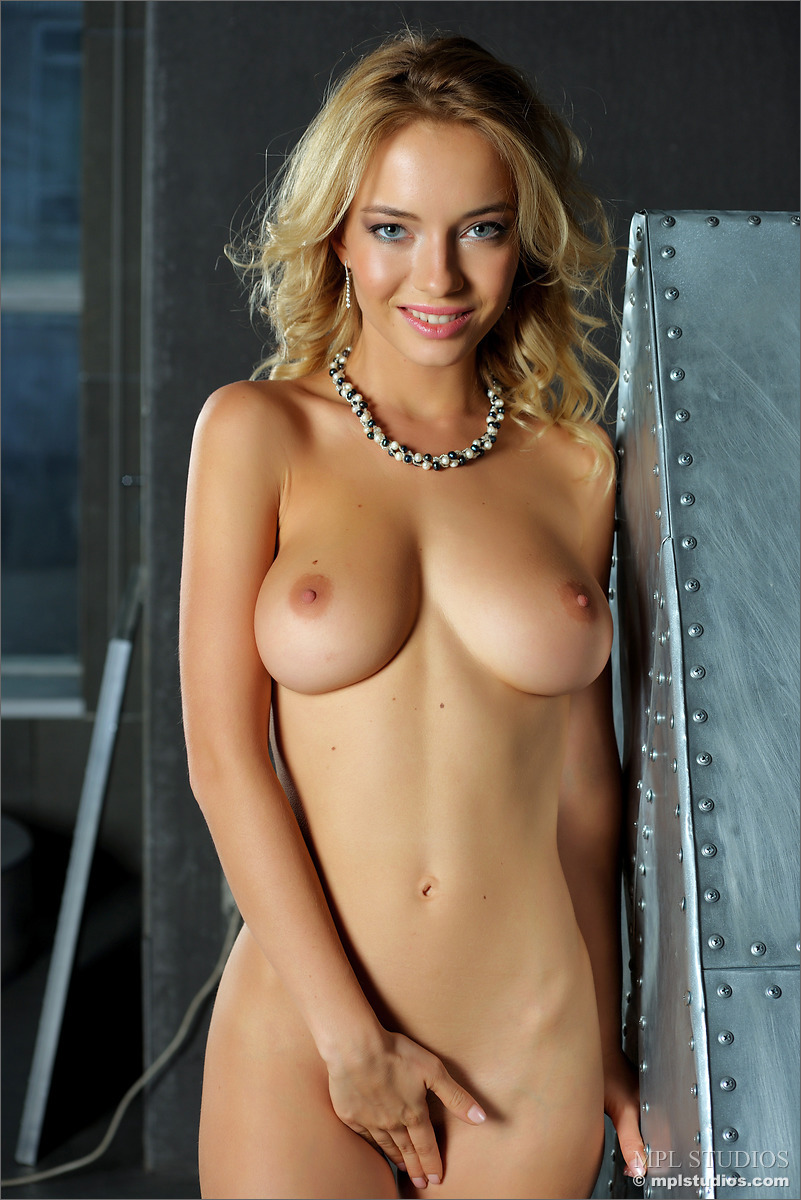 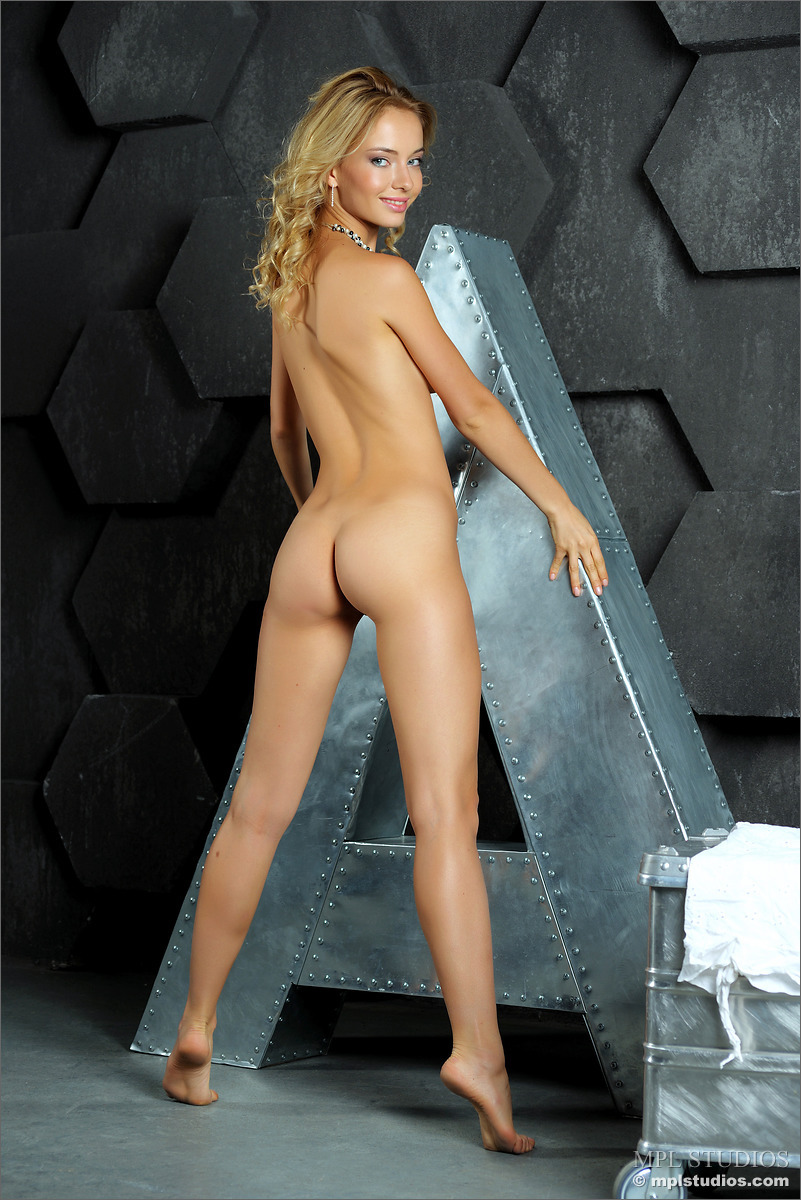 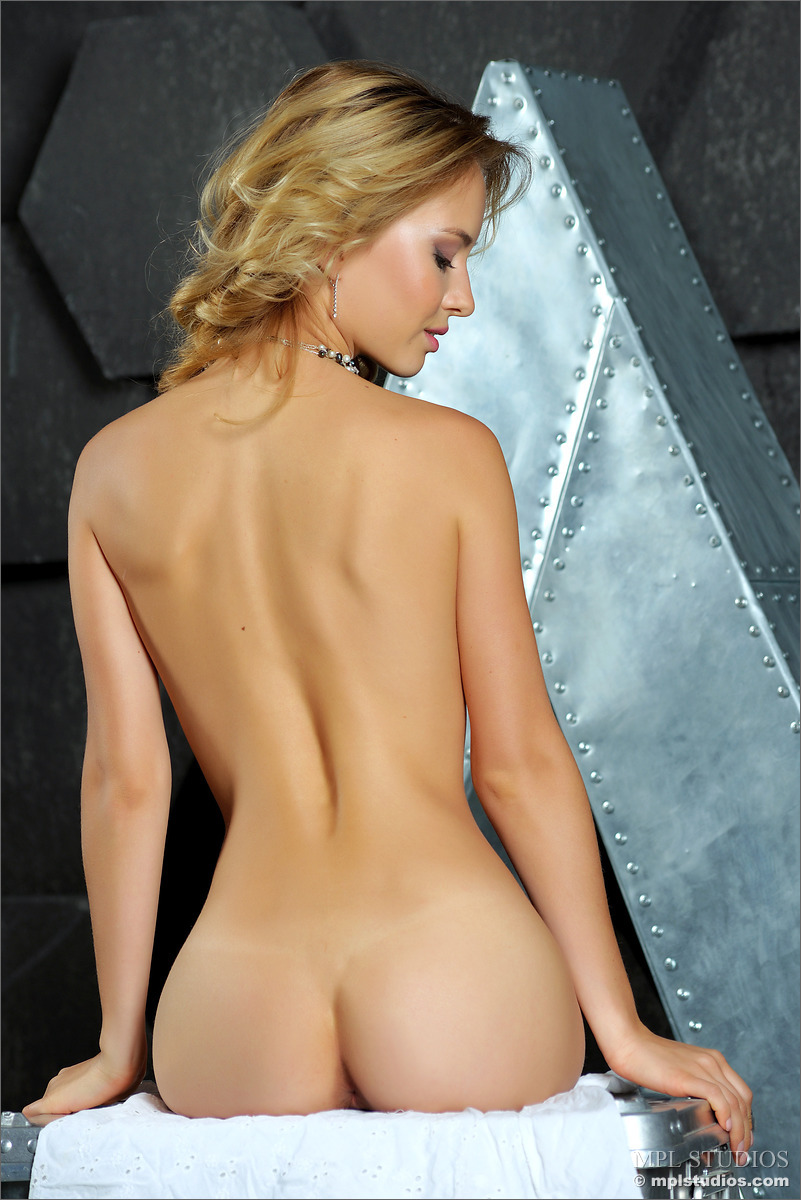 Chairman of the Egyptian Football Association (FA) Hany Abu Raida described the preparations made by EgyptAir and the advertising agency, Presentation, which is a sponsor of the Egyptian FA, as “wonderful” and “unprecedented” in Egypt, following their unveiling of the glamorous ‘Plane of Pharaohs’, which is to be used to transfer Egypt’s national football team to Russia for the World Cup.

He added in a statement on Monday during a ceremony to unveil the plane that preparations were in full-swing for the transfer of the national team, stressing that the company has made impressive arrangements for the team before the World Cup, which will be revealed successively.

The private plane, designed by EgyptAir, bears the image of the flag of the Arab Republic of Egypt attached to the pictures of the players of the football team, headed by Mohamed Salah, in addition to slogans of Egyptian football sponsors.

Abu Raida said that the presence of a private plane for the Egyptian national team was a dream that has been achieved.

“I was hoping that the [Egypt national team] players would see their pictures on the plane, like all the players of other major teams, which has been now achieved after reaching the 2018 World Cup,” he said.

EgyptAir held a press conference to announce the signing of a contract to sponsor the transfer of the national team during the World Cup. The conference was attended by Minister of Civil Aviation Sherif Fathi and Safwat Mesallam, Chairman of EgyptAir Holding Company, as well as a number of leaders of the Egyptian FA.

Cairo Criminal Court sentenced nine defendants to life imprisonment (25 years according to the Egyptian penal code) and another 13 defendants to prison for 10 years over charges of establishing an illegal group, including “specific advanced operations committees”.

The court verdict was issued by the court’s top judge Shaban al-Shami and both judges Mohammed Abdel Sattar and Osama Abdel Zaher.

The public prosecution referred the defendants to the court after the first, second, and third defendants of the case were accused of heading an illegal group in 2014 to March 2016 with purpose of violating the constitution and preventing state institutions from exercising their work.

The prosecution further accused the defendants of harming citizens’ personal freedom and rights as specified in the constitution, in addition to harming national unity and social peace following the establishment of MB-affiliated groups that aim to forcibly remove the ruling regime and launch terrorist attacks against police personnel and facilities.

The nearly-one hour interview which was broadcasted on various Egyptian television networks, including state-run channels, posed questions to Sisi to voice the concerns of the Egyptian people regarding the current political and economic conditions.

At the beginning of the interview, Sisi said that Egyptian military operations which were conducted during the 1960s in Yemen played an important role in creating the current economic crisis that Egypt still suffers from today.

He added that Egypt had lost the golden cover of the Egyptian pound following its participation in this war, highlighting that Egypt suffered a crisis from the cost of building the army after the loss of the 1967 war.

He added that the peace agreement caused disputes between Egypt and Arab nations, which resulted in the cessation of aids from these countries.

Meanwhile, Sisi defended the achievements of the Egyptian government during the four years of his rule, “We did a lot of work in the country, we did not have good infrastructure in roads [beforehand],” he said.

On education, he noted that ‘real’ education has been absent for more than 30 years. He added that the government has taken steps to improve education, one of which was mandating public universities to enter into ‘twinning’ agreements with the world’s top foreign universities.

“We will implement the reform program of education starting next year, and [it] will last for 14 years,” he affirmed.

Moving to the size of the army’s economy, Sisi denied rumors about the control of the armed forces of half of the national economy.

“Egypt’s GDP is LE4.3 trillion [US$244 billion], and the economy of the armed forces does not exceed 2 or 3 percent of this, to the maximum extent,” Sisi said.

He added that the Egyptian Armed Forces intervened in some sectors in simple proportions, only to reduce the burden on citizens.

During the interview, Sisi did not miss the opportunity to blame media outlets for the daily issues they pose.

“I call on Egyptian media professionals to understand the magnitude of the challenge that Egypt is facing,” he said. “It is not acceptable for the media to come out to talk for four-to-five hours, on topics that do not suit our society.”

He continued, “Everyone wants to achieve a rate of viewing and advertising, but this is not a justification for talking about things which do not fit with our customs and traditions.”

Absence of numerous candidates in the 2018 presidential election

On the limited choice of candidates in the upcoming election, Sisi attributed the lack of competition as caused by a lack of readiness from competitors to run for the presidency.

“I swear by God, I wish there were 10 competitors in the presidential election,” Sisi said.

Sisi recalled details of the night of July 3, 2013, when the Egyptian people were in streets demanding the departure of Morsi and the Muslim Brotherhood from power. Sisi said that his statement released on that day was concerned for public opinion.

“I slept late this night, and I did not consult anyone that night,” he said. “I only spoke to God because he was the only one who knew what was inside me,” he added.

The president continued, “If the Muslim Brotherhood has [made] the correct assessment of the situation, they will choose to follow the presidential election to end the crisis.”

Sisi believes that MB collided with itself before colliding with the people, explaining that the Egyptian people are smarter than to be impeached by religion.

Sisi spoke about some personal aspects of his life, revealing something that he is not happy about: the strict personal security measures imposed for his movement across the streets.

“I’m not happy when I find the streets empty when the presidential parade is passing, I like to directly communicate and talk with people,” he said.