The vehicle is made entirely from Russian-made components “On Saturday, a very important event took place, which is of great significance for special units of various Russian security and law-enforcement ministries and departments. A work presentation of an absolutely new combat vehicle for special-purpose units, Chaborz-6, was held,” Kadyrov said.

The vehicle was designed by Russian Special Forces University (formerly the International Special Forces Training Center) and is made only from Russian-made components. It can be quickly adapted to a specific task and to be used for the transportation of troops and cargo, as an ambulance-evacuation vehicle or for combat.

“Designers will come up with several versions of engines and transmissions, which is very important in adopting the model for climatic conditions and mission goals,” Kadyrov said. “Our vehicle outperforms its Israeli and US rivals in terms of price, cross-country ability and speed. I’m sure it will be in great demand at the combat vehicle market.”

Kadyrov said an earlier version of the buggy, Chaborz M-3, was upgraded. The vehicle was tested in combat in Syria.

LONDON, March 10. /TASS/. The UK is considering a boycott of the 2018 FIFA World Cup hosted by Russia if it is established Moscow was behind the poisoning of former Russian military intelligence (GRU) Colonel Sergei Skripal and his daughter Yulia, The Times said on Saturday citing a defense source.

British officials are holding talks with the US and European allies about “a coordinated retaliation, including possible diplomatic, economic and military measures,” if it is found out that Skripal and his daughter were targeted by the Kremlin.

“A boycott of the World Cup is definitely one of the options on the cards,” the defense source told the daily.

The Times says that the boycott “could involve stopping senior politicians and officials from attending or even withdrawing the England squad from the tournament.” Other countries, such as Poland, Australia and Japan, which teams are in the finals, might be “asked to join in the action.”

“A wide range of options are being discussed,” a senior Whitehall source said, cited by the daily.

On Tuesday, Foreign Secretary Boris Johnson said it was “very difficult to see how UK representation at that event could go ahead in the normal way” if Moscow’s involvement was proved. Later, the Foreign Office told TASS that Johnson meant a possibility that the UK might re-consider its diplomatic and political presentation at the World Cup.

In 2004, Russia’s Federal Security Service (FSB) arrested Skripal and later on, he was sentenced to 13 years in prison for high treason. Six years later, the former colonel was handed over to the US as part of a swap involving espionage suspects. In the same year, Skripal arrived in the UK and settled there.

On March 4, the local police said the 66-year-old man and his 33-year-old daughter Yulia were found unconscious on a bench outside The Maltings shopping center in Salisbury, following exposure to an unknown nerve agent. Both remain in hospital in critical condition.

On Friday, Russian Foreign Minister Sergei Lavrov said that Russia was ready to assist in investigating any case, including the Salisbury incident if professional channels were used for request.

The missile hit a target on the test range 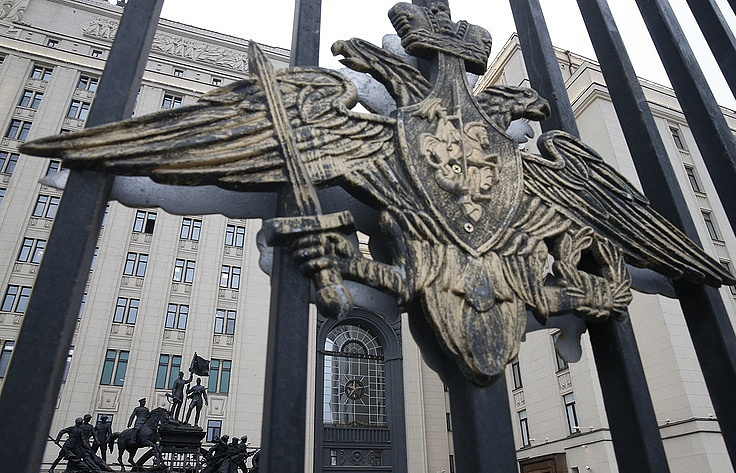 MOSCOW, March 11. /TASS/. A MiG-31 interceptor jet made a training launch of a Kinzhal aeroballistic hypersonic missile and the missile hit a target on the test range, the Russian Defense Ministry said on Sunday.

“A MiG-31 fighter crew of the Russian Aerospace Forces made a training launch of a hypersonic missile of the Kinzhal high-precision air missile system in the predetermined area,” the ministry said.

The MiG-31 departed from an airfield in the Southern Military District within the framework of a testing air alert. “The launch was normal; the hypersonic missile hit the preset target on the test site,” the ministry added.

“Performance characteristics and time indicators of the Kinzhal high-precision airborne missile system were confirmed during the hypersonic missile launch,” the ministry said.

Crews of the Kinzhal air system comprising a MiG-31 interceptor jet and an advanced hypersonic missile made 250 flights from the beginning of 2018, the Russian Defense Ministry said on Sunday.

“Crews of the air system on the testing air alert sorties completed over 250 flights year-to-date under the combat training plan. The air staff has been trained in full scope day and night in various weather conditions,” the ministry said.

The Kinzhal system is intended for destruction of surface and waterborne targets. The Kinzhal system was developed based on the MiG-31 upgraded interceptor jet. It is equipped with high-precision aeroballistic missiles supporting strikes at a range over 2,000 km without entering the enemy’s air defense zone.

The system has no counterparts across the globe owing to high flight performance characteristic of the MiG-31 fighter jet and the hypersonic missile with a small radar signature and high maneuverability.

The first air unit equipped with the Kinzhal system started test air alert flights to master fundamentals of its combat use since December 1 of the last year.