The Caltex Socceroos have a new coach for the 2018 FIFA World Cup in Russia, with Dutchman Bert van Marwijk appointed on Thursday.

The Dutchman brings a wealth of experience to the role from more than two decades of management experience at both club and international level.

But who is the 65-year-old coach who takes over from Ange Postecoglou and will lead Australia to the World Cup?

We answer some of the burning questions below.

WHO HAS HE COACHED?

WHAT’S HIS HISTORY WITH THE CALTEX SOCCEROOS?

Van Marwijk has coached against Australia on four occasions during his time in charge of both the Netherlands and Saudi Arabia.

As manager of the Netherlands he suffered a 2-1 friendly loss to the Caltex Socceroos in 2008, before a goalless draw in another friendly in Sydney 12 months later.

During the recent AFC World Cup qualifying campaign with the Saudis, van Marwijk’s side got a 2-2 draw in Jeddah in 2016, before the Caltex Socceroos prevailed 3-2 in Adelaide last year.

Bert van Marwijk was the man that gave Brett Emerton his dream move to Europe, signing the Caltex Socceroos winger to Feyenoord in 2000.

“Emmo” went on to become a fan favourite in Rotterdam, scoring 11 goals in 92 appearances for the club before making the switch to Blackburn in the EPL.

“This is a great result for Australian football,” said Lowy.

“Bert Van Marwijk is world class. He took the Netherlands to the World Cup Final in 2010, he led the Saudi Arabian team to qualify directly for this year’s Finals and most importantly, he knows a lot about our team and how they play because he studied them closely as an opposition manager in the same group.

“These experiences make him a compelling choice.”

Lowy paid tribute to Ange Postecoglou, the support staff and especially the players for achieving qualification.

“We now go to Russia with a battle-hardened group of players and support staff who made it to the Finals by the toughest road possible. In Bert Van Marwijk we have a manager who can achieve great things with this team. And we will ensure they have the resources necessary to give them the highest level of preparation.”

“Bert was our preferred candidate to take the Caltex Socceroos to the World Cup so we are delighted to have secured his services.

“We went through a thorough and disciplined process and used internal and external experts to build up a profile of the person who would be the best fit for the task in Russia. We had a number of outstanding coaches very interested in the role but Bert was at the top of our shortlist.”

Van Marwijk said he was honoured to be given the responsibility of taking the Caltex Socceroos to their fourth consecutive FIFA World Cup Finals.

“I know a lot about the players and how the team has been playing after coaching against them for the two World Cup qualifiers, in 2016 and in June last year.

“I have also been impressed by the national team set-up that the FFA has developed over the past few years.

“I want to thank Steven Lowy, David Gallop and (FFA’s Head of National Performance) Luke Casserly for the confidence they have shown in me.

“My response to them has been that we are not going to Russia just to be competitive. I want to win our matches.”

Arrangements for the Head Coach role of the Caltex Socceroos after the 2018 FIFA World Cup will be announced in the near future.

All eyes on @fifaworldcup #GoSocceroos 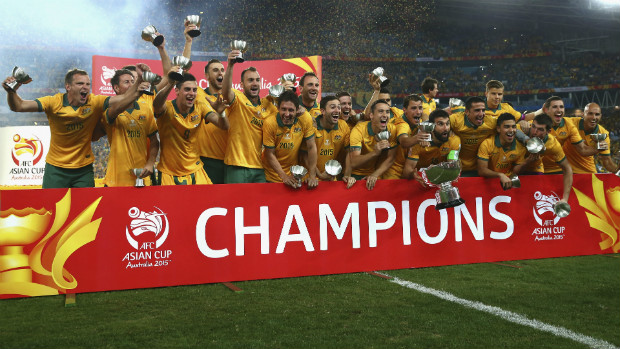 Officials from FIFA and the Asian Football Confederation (AFC) will join Football Federation Australia (FFA) in Sydney from February 20-22 to begin discussions on the membership and terms of reference of a group to review the sport’s Congress.

The Congress Review Working Group was proposed by FFA following last year’s Annual General Meeting at which a resolution to increase representation for the professional game and for women narrowly failed to reach the 75 percent approval of Members required by FFA’s constitution.

FFA, FIFA and AFC will meet with a range of stakeholder groups to discuss the composition, mandate and terms of reference of the Congress Working Group.

Media arrangements for the FIFA/AFC visit will be announced closer to the time.