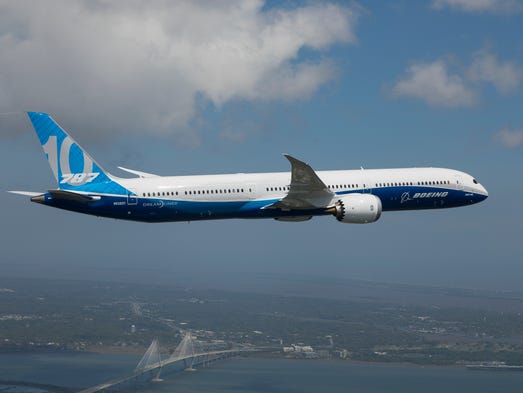 The National Elections Commission (NEC) called on citizens to cast their votes in the presidential elections starting March 16 for Egyptians abroad for a period of three days, and from March 26 to 28 for citizens residing in Egypt.

Lashin Ibrahim, Chairman of the NEC, announced that presidential hopefuls can submit their candidacy documents from January 20 to 29 at the commission’s headquarters on Qasr al-Aini Street.

The list of candidates will be published in Al-Ahram and Al-Akhbar newspapers on January 31.

He added that the final list of candidates and electoral symbols will be announced on February 24.

Lashin added that the results of the first phase of elections will be announced on April 2. Campaigning for the runoff will end on April 22 in Egypt, and on April 18 abroad.

Vote counting will be completed on April 27 and the final result will be announced on May 1.

Lashin called on all those who meet the conditions and believe that they can bear the responsibility of running Egypt to submit their candidacy papers, so people can freely choose among them.

He called on citizens and media to verify news about the commission before circulating them.

Egypt’s Prosecutor General Nabil Sadiq ordered an investigation into the New York Times report on Egypt claiming that Egyptian leaders accepted the decision by US President Donald Trump to proclaim Jerusalem as the capital of Israel, and subsequently sought to influence public opinion into supporting the move using talkshow hosts.

The Supreme State Security Prosecution, under the supervision of Khaled Diaa, initiated the investigation, after Egypt’s State Information Service (SIS) denied the veracity of the report on Saturday, saying it contained news that would harm security and public peace and interest.

The report, published on Saturday 6 January, entitled ‘Tapes Reveal Egyptian Leaders’ Tacit Acceptance of Jerusalem Move’, and written by David Kirkpatrick – who is the Times’ international correspondent, based in London – claimed to have obtained four audio recordings of an Egyptian intelligence officer talking to the hosts of several talkshows in Egypt.

The article alleged that intelligence officer, Ashraf al-Kholi, told the hosts that they mustn’t condemn the decision, but instead should persuade their viewers to accept it.

The SIS said in a statement that the Times’ article claims that Kholi is an officer with the Egyptian General Intelligence without presenting its readers with the slightest evidence of the truth of this information, or even evidence that this person exists.

It added that Mofid Fawzy, one of the Times’ named ‘talkshow hosts’, is a journalist who stopped presenting television shows years ago.

The SIS also revealed that Saeed Hassaseen, another named host, ended his talkshow weeks before the Jerusalem move, and does not currently present any show.

The SIS reported that Hassaseen denied receiving a call on Jerusalem, and affirmed that he does not know anyone named Ashraf al-Kholi.

Meanwhile, another accused ‘host’ named in the article is prominent movie star, Yousra.

Yousra, however, has no relation whatsoever to presenting television talkshows, working instead in the movie industry as an actress, a fact Kirkpatrick should have been aware of, given his lengthily stay in Egypt, added the SIS statement.

It said that Yousra also denied knowing anyone by the name Ashraf al-Kholi, and denied discussing the issue of Jerusalem with anyone. She emphasized that she has not expressed views on political issues to any media outlet, as well as revealing that she was not present in Egypt during the period specified in the article.

She further announced that she will be seeking legal action against the New York Times for bringing her name into false allegations, as it is damaging to her career and reputation as an Arab actress.

Azmi Megahed, the fourth name in the Times report, also denied knowing a man by the name of Ashraf al-Kholi.

It is inappropriate for The New York Times, a reputable and influential newspaper, to publish such allegations, SIS said.

Egypt’s positions on international issues are not derived from alleged leaks from anonymous sources, the SIS statement said. It added that Egypt’s positions are conveyed by the President, the Minister of Foreign Affairs and in official state statements.

All of the entities in charge have expressed, in word and deed, their absolute position on Jerusalem in the United Nations and other international organizations.

They have expressed a disregard for US threats at the United Nation, threatening to cut aid to recipients, including Egypt, over their Jerusalem vote at the UN, the statement added.

President Abdel-Fattah al-Sisi vowed to protect Egypt’s share of the Nile water and capitalize on its usage, Al-Masry Al-Youm reported.

During the opening of several projects, including a water desalination and treatment center, in 10th Ramadan city on Monday, Sisi announced Egypt is undergoing its biggest project in its history in the treatment of sewage water.

Sisi also vowed he will not allow a water crisis to occur, adding, “every person in Egypt must have his needs of water to serve his agricultural activities, in addition to drinking water.”

“We are doing what we can to maximize the usage of water. We are constructing a station, and we are ready,” Sisi said.

“Egypt is currently carrying out the biggest water treatment and desalination project, just in case of any circumstances concerning the sharing of water,”  said Sisi according to Al-Ahram, referring to the Grand Ethiopian Renaissance Dam (GERD) crisis, which could potentially threaten Egypt’s share of Nile water.

“This is our country,” Sisi said, “and water for agriculture and drinking must be secured for citizens from Aswan to Alexandria, so that no problem will occur later and
we say that we are not ready for it.”

Egypt receives a large quota of Nile water to support its agriculture and help provide drinking water for over 90 million people.

However, in 2011, Egypt faced a crisis when Ethiopia began constructing the
Grand Ethiopian Renaissance Dam.

While Ethiopia said the Renaissance Dam would not affect claimed Egypt’s water share, Egypt fears it will result in a permanent reduction of its quota due to evaporation from the reservoir.

On that basis, Egypt requested to be granted an inspection of the dam’s design but Ethiopia refused.

GERD talks occur on a regular basis between Egypt, Sudan and Ethiopia.

Negotiations have been rocky for years, with Egypt exiting more than once. No final agreement on the dam status has been reached.