The Public Works Authority, ‘Ashghal’, will change traffic on northbound main carriageway of the Orbital Road onto a parallel route, running from the intersecting points of northern Orbital Road and Salwa Road to southern Orbital Road and Dukhan Road towards Lusail. The detour will be in effect on Sunday, December 31, and last for 12 months.

The traffic shift, proposed in collaboration with the General Directorate of Traffic, will enable the construction of the New Orbital Highway and Truck Route, one of Ashghal’s Expressway Programme projects.

During the detour, travelers heading for Lusail from Mesaieed and Salwa Road via the Orbital Road can use the next route for a distance of approximately 13.5km, to stretch from Interchange 24 on Salwa Road to prior to Umm Al Juwashin Interchange, as illustrated on the map

The parallel road is made up of two lanes replacing the three-lane Orbital Road main carriageway, with no change for speed limit at 80 kph.

The Public Works Authority will install road signs advising motorists of the detour. ‘Ashghal’ requests all road users to abide by the speed limit at 80 kph, and follow the road signs to ensure their safety.

The Ministry of Education and Higher Education released yesterday a list of 156 universities based in United States of America, United Kingdom, Australia and New Zealand.

The students wishing to apply for distance education in these universities will be required to obtain advance approval from the Certificates Attestation and Equivalency Section.

The Department will start receiving applications from students looking for opportunities to continue their education in these universities starting from January 1, 2018 said Dr Khalid Al Hurr Director of High Education Institute at the Education Ministry.

The students will study on their own expenses and they are required to present their documents to attestation section.

Distance education has become one of the mainstream systems of higher education and many distinguished international universities are introducing courses through this system, Dr Al Hurr added.

The approval of enrollment in such programs needs that these courses should not require physical presence and should only be taught in distance, said the Director of Higher Education Institute.

The details of the list, published in Arabic (the names of institutes are listed in English), could be DOWNLOADED HERE.

Nelle Chevtaeva was planning to move to his son in Belarus for permanent residence.

According to the press, later Chettaeva was found by volunteers with traces of beatings and in serious condition in the town of Domodedovo, Moscow region.

On 25 December, the grandson of the victim contacted the Consular Section of the Embassy of Uzbekistan in Moscow and received information on necessary procedures for confirming the identity and questionnaires for filling, the press service of the Uzbek Foreign Ministry said.

However, he, referring that he does not possess personal data of his grandmother, took the documents with him and did not appeal to the Consular Section anymore.

At present, the employee of the Consular Section of the Embassy visited Chevtayeva to provide assistance to her, including on issuance of an identity document.

Tashkent, Uzbekistan (UzDaily.com) — On 28 December, a meeting dedicated to the current financial-economic situation of the chemical industry enterprises and issues of development of the industry was held under the chairmanship of the President of the Republic of Uzbekistan Shavkat Mirziyoyev.

In accordance with the Strategy of actions on five priority areas of development of the Republic of Uzbekistan a number of transformations were implemented in the chemical industry, in 2017. In particular, in accordance with the resolution of the President of the Republic of Uzbekistan “On measures of improving the management structure of JSC “Uzkimyosanoat” of April 12, 2017, the membership structure of the board of the joint-stock company was completely updated, the structures of branches and the administrative office of the chemical industry were reorganized.

The Program of development of the chemical industry for 2017-2021 was approved by the resolution of the Head of our state of August 23 of this year. It envisages implementation of 43 investment projects with a total cost of 3,1 billion dollars, increasing the volumes of industrial production by 2,4 times, their export – 2,7 times, increasing the share of localized products to 42,5 percent and mastering the production of 43 new types of products, creating over 3,2 thousand workplaces. “Uzkimyoimpeks” limited liability company was organized for regulating the export-import activities of the industry, ensuring transparency of foreign trade operations, most importantly, increasing the volume and expanding the geography of sales of chemical products in foreign market, further increasing its competitiveness and attractiveness.

The ongoing large-scale reforms have a positive effect on the chemical industry. However, systemic problems in the industry that have accumulated over the years are still awaiting their solution. So, industrial enterprises on production of mineral fertilizers were in a difficult financial situation.

Complete lack of attention or a superficial approach to financing of agriculture are becoming the reason for appearance of shortcomings in the system of mutual settlements in this sphere, said the President of our country.

Expenses related to mineral fertilizers for agricultural needs are not covered. As a result, chemical enterprises are limited in payment ability for the consumption of natural gas, electricity, phosphate raw materials, sulfuric acid and other types of goods and services, their accounts payable is growing.

In this regard, starting from 2018, the supply of mineral fertilizers to consumers is planned to be carried out through exchange trades with the intermediation of the “Single agent”, organized under JSC “Uzkimyosanoat”.

At the same time, there are shortcomings in issues of reducing the cost of mineral fertilizers and increasing the profitability of the industry enterprises. In particular, 67 percent of the cost of nitrogen fertilizers are energy costs. “Ferganaazot” enterprise, Dehkanabad potash fertilizers plant, Kokand superphosphate plant, “Ammofos-Maxam” and “Maxam-Chirchik” companies are finishing 2017 with low profitability, and “Navoiazot” enterprise with losses. In such conditions, enterprises are completely limited in formation of their own working capital and are forced to solve problems by attracting loans at 16-18 annual percent.

In this connection, “Uzkimyosanoat” JSC was instructed to develop a program of concrete measures on reducing the cost of production of chemical products and increasing its competitiveness in 2018-2019, jointly with relevant ministries and departments.

Another problem that needs attention is deterioration of the main technological equipment. As a consequence, the technological process is disrupted, due to lack of funds, the equipment remains without current and major repairs.

The Head of our state noted the need for development of a sectoral plan on implementation of the current and major repairs.

When considering the issue of providing agriculture on scientifically grounded basis with phosphorus fertilizers, it was noted that the existing requirement for the volume of 639,6 thousand tons is provided only by 25 percent. In this regard, it is envisaged to increase production to 177 thousand tons in 2019 by modernization of the existing facilities, and by building a new phosphate fertilizer production complex in 2021 – up to 550 thousand tons.

At the meeting, activities of scientific research and design institutes, centers on advanced training and diagnostics were critically analyzed. Development of the chemical industry, ensuring competitiveness of relevant products in the world market, the fundamental diversification of the sphere directly depend on scientific research, design, engineering, diagnostic centers and, most importantly, on the personnel potential. However, the state of affairs in this direction is still in an unsatisfactory state. In this connection, “Uzkimyosanoat” JSC was entrusted to organize a single center combining scientific research, engineering, design and diagnostic activities, as well as advanced training of personnel in cooperation with relevant ministries and departments, as well as the South Korean research institute of chemical technologies.

At the meeting, officials were given appropriate instructions on the discussed issues.

Tashkent, Uzbekistan (UzDaily.com) — President of Uzbekistan Shavkat Mirziyoyev signed a decree “On establishment of additional non-working days during the celebration of official dates and shifting of day-offs in 2018”.

The decree should create additional conditions for citizens to receive a full and useful rest during public holidays, rational use of holidays and non-working holidays established by law.

Uzbek citizens will also have five day-offs during Independence Days – 31 August, 1, 2 and 3 September. The day-offs, 8 and 15 Septembers, will be transferred to 3 and 4 September respectively.

At the same time, the decree said that annual leaves will be decreased by three days. It added that minimal length of annual leave set at 15 days.

The decree underlined that three day-offs will be provided to the citizens during celebrations of Eid-ul Fitr and Eid-ul Adha. 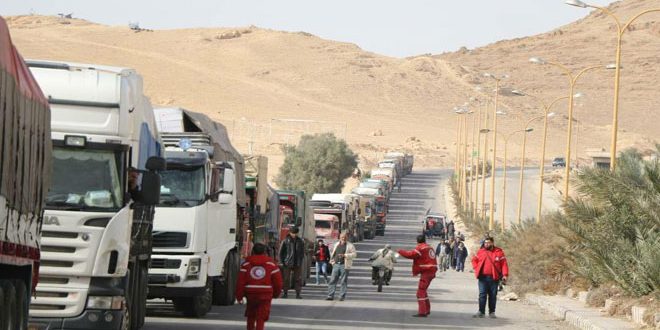 Deir Ezzor, SANA – The Syrian Arab Red Crescent (SARC) led a convoy of 26 trucks loaded with food and health assistance materials to be distributed among families in Deir Ezzor province.

The SARC said in a statement on Thursday that the convoy contained 10,000 food parcels, 10,000 hygiene baskets and food cans provided by the International Federation of Red Cross and Red Crescent Societies (IFRC). 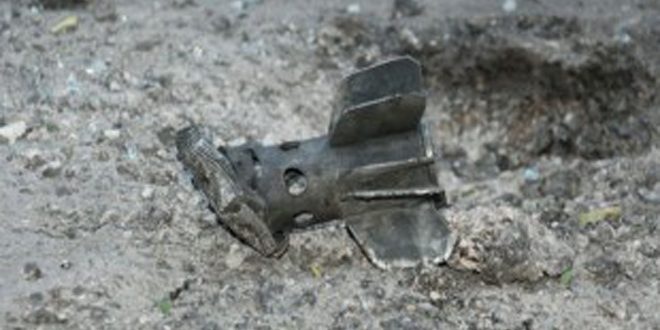 Hama, SANA- A boy child was injured, material damage was caused to civilians’ houses due to terrorist attacks in the cities of Hama and al-Suqaylabiyah.

SANA’s reporter said that terrorist groups positioned in the northern countryside of Hama province fired on Thursday five rocket shells on the locals’ houses in al-Baath neighborhood in Hama city, injuring a boy child and causing material damage to the houses and properties.

In northwestern of Hama city, the terrorists targeted al-Suqaylabiyah city with three rocket shells, causing material damage to the citizens’ houses and their properties, the reporter said.