Photo: AFP.
Around 150 skiers in the French Alps were rescued after being trapped for several hours when their ski lift broke down on Sunday.

The rescue operation lasted about two hours, Franck Lecoutre, head of the tourism office in the Chamrousse ski resort, near Grenoble, told AFP.

“They will all be in time for Christmas Eve,” he said, noting that no one had been hurt. The weather was clear for the rescue operation.

The breakdown, whose cause was unknown, occurred around 3:00pm on the ski lifts which link the resort of Chamrousse, located at 1,650 metres (5,400 feet) above sea level, with the summit of Croix Chamrousse at 2,250 metres. The weather was clear.

The operation involved two helicopters, with rescuers lowered on top of the gondolas to help the trapped skiers descend to the slopes with the help of ropes, David Gendre, a member of the rescue team, told AFP.

The Croix de Chamrousse ski lift was set up in 2009 to replace a cable car and two chair lifts.

A French seafood farmer is proposing lemon-flavoured oysters this holiday season, a delicacy he perfected after four years of trial-and-error experiments in his garage.

“It was pretty discouraging at first when I had to throw out 90 percent,” the lanky oyster farmer says, a baseball cap shielding his blue eyes. “Now I have a 95-percent success rate.”

The process, which Dubault has patented, involves plunging the oysters into a tank of sea water laced with lemon extract for between two and 12 hours.

The oysters naturally pump the water through sieve-like gills, becoming impregnated with the flavour.

The technique may seem simple but “there are 16 steps to the process, and if any one of them isn’t done correctly the result is failure,” says Dubault, who farms some 40 tonnes of the bivalves each year off Marennes, France’s oyster capital on the west coast.

Dubault, who says he got the idea from customers at his market stall constantly asking him to throw in a lemon along with their purchase, began marketing the pre-flavoured oysters in October and has found buyers from Belgium to Hong Kong.

He won recognition for his invention at a seafood trade fair in Brussels last April when he said Chinese visitors congratulated him, saying they had been attempting a similar feat for seven years.

The nod in Brussels encouraged Dubault to set up his company, called So’ooh, to market the novelty.

Targeting Asian clients, he has created a ginger version, while oysters flavoured with muscatel, the sweet fortified wine, are aimed at the Italian palate.

Next year he plans to add grapefruit and mirabelle plum to his flavour menu, Dubault says, while truffle and pepper versions will follow for the next end-of-year holidays.

“People have asked me to add chocolate, but I say no way!” he exclaims. Of all his customers, the French are the hardest to win over, he says, calling them “purists”.

But he is hopeful, having recently signed on with a major supermarket chain. “People eat flavoured yoghurts and drink flavoured water, so why not oysters?” he asks.

Then there are his raspberry-flavoured oysters, aimed at young people. It is a future-looking strategy, since the average age of oyster lovers “is fairly advanced”, he says.

This 15-year-old Afghan lives in a tent by the Canal Saint-Martin
Spending Christmas by the canal in the trendy 10th arrondissement of Paris might sound romantic, but there is little romance for migrants like Omar, Jahan or teenager Khater who live in damp tents by the water’s edge.

“Teachers in school taught us about France and what a wonderful place it was,” said Khater, who said he was 15 years old, as he stood by the dozens of tents strung along the banks of the Canal Saint-Martin that now serve as home for hundreds of migrants.

“I didn’t think it would be like this,” he said, surveying the squalid scene along the canal, whose banks in summer host hundreds of trendy youngsters drinking beer or wine late into the night.
Khater, like the other migrants mostly from Afghanistan that The Local spoke to, said he had been given an appointment in a government office to apply for asylum in several weeks’ time.

Migrants’ tents on the banks of the Canal Saint-Martin
That means he will be on the streets until at least the date of the appointment, and possibly even after it.
They will spend Christmas Day like they spend most other days, hoping it won’t rain, trying to keep warm and dry, and waiting for local charities to provide a hot meal.
They care little for Christmas, as most of the migrants there are Muslims.
But the sight of hundreds of migrants living rough along the canal, or further north at Porte de la Chapelle where a migrant processing centre is based, will do little to boost Christmas cheer in the French capital.
The numbers living on the streets in Paris has started to grow again.

The tents are scattered along the canal from near Jaurès metro station
When the mini tent cities start to grow big, police move in to demolish them, with city officials following close behind to offer temporary accommodation.
But many migrants quickly return to the streets, and along with new arrivals the shantytowns build up again.
The peak was in autumn 2016, when several thousand migrants from war-torn or poverty stricken countries lived on the streets of Paris.
That surge prompted city authorities to open a 400-bed centre at Porte de la Chapelle, where single men can get temporary refuge for up to 10 days, with families, women and unaccompanied minors being redirected to other government-sponsored housing.
But the system still leaves hundreds and at times thousands on the streets.
Police are under orders to stop tent cities forming, and are accused by migrants and charity workers of confiscating or destroying tents and sleeping bags.
Critics ask why France appears to be failing refugees that end up here when Germany has been able to handle more than a million migrants since 2015, with few if any of them having to live in the squalor seen on Paris streets or at the notorious Calais “Jungle” that was finally shut down just over a year ago.

Queue at a government office near the canal where migrants get initial asylum interviews. All photos by Rory Mulholland.
In June, the newly-elected French President Emmanuel Macron said: “We have to welcome refugees, it’s our duty and our honour.”
But since then his opponents have repeatedly highlighted what they say is the glaring discrepancy between what Macron has said and what he is doing on the issue.
This week, his government’s plans to expel more failed asylum seekers, and draw up a tough new bill on immigration, prompted fury among rights groups.
Back on the Canal Saint-Martin, such matters are of no immediate concern for Jahan and the fellow Afghan he shares his two-man tent with. Their priority is to keep dry over the Christmas holiday period, which is forecast to be mild but rainy.
“Look,” the 23-year-old said, as the pair draped a survival blanket over their tent as an extra layer to keep the rain out and the heat in, “everything is soaking – my shoes, my jeans, my jacket.”
by Rory Mulholland
Source  :  The Local France 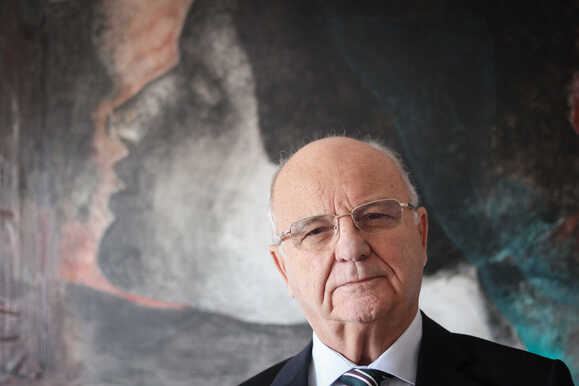 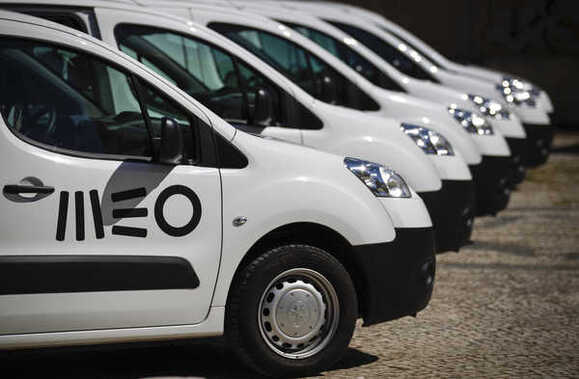 “The 2018 budget continued unjustified cuts for funding law and justice in PNG. From 2015 to 2018, funding for law and justice has been slashed by nearly one-third after allowing for inflation (a real cut of 29 per cent). Why has such a crucial area so vital for community safety and development been slashed in this way?” asked the Shadow Minister for Treasury and Finance, Ian Ling-Stuckey.

In a breaking news story covered by the Post Courier on 16 December, the Prime Minister argued that “budget cuts to priority sectors should not be taken as literal as perceived by the numbers presented in the National Budget”

Mr Ling-Stuckey congratulated the Prime Minister for his honesty in indicating that we cannot take literally the numbers presented in the National Budget.

“Indeed, as I have been saying ever since the budget was released, one cannot trust the numbers in the 2018 Budget. In particular, they are filled with fake revenue, fake financing and hence fake spending promises.

“The Prime Minister argues that the cuts are not as severe as shown – a cut of K61 million from K1,125 million to K1,064 million. He correctly notes that other programs such as the DSIP and PSIP can also fund the police.

“However, DSIP and PSIP could also have done that back in 2015 and 2016. So if there is no change in the priority given to law and justice at the district and provincial level, it means that there still has been a massive cut at the national level. Overall, this is still a major cut in overall funding” said the Shadow Treasurer.

“The response that 20 per cent of DSIP and PSIP funding is allocated to law and order is also misleading. The original guidelines for these programs did specify how much should go to various sectors, but law and justice was allocated 10 per cent, not 20 per cent. Of course, these guidelines have now been dropped.

“The Alternative Government would like to sit down with the Government and put a realistic budget in place. This would mean realistic sales estimates and realistic financing plans. It would also mean spending money better rather than grand programs for their besties. The vital work done by our police services, especially when officers put their lives on the line as so recently demonstrated in the tragic floods in Madang, deserves greater respect and support” said Mr Ling-Stuckey.