Photo: AFP
“We don’t carry out euthanasia as often as it is asked for,” says Dutch GP Carin Littooji, advocating for assisted dying on a bench usually reserved for bishops in the Vatican.

The World Medical Association (WMA) has gathered at the heart of the Catholic Church to debate its policy on end-of-life care.

The choice of location sends a clear message about the organisation’s position on the controversial issue of euthanasia, according to Jeff Blackmer, the vice president of the Medical Association in Canada.

Euthanasia, practised by a doctor, and assisted suicide, performed by a patient, are deemed unethical by the organisation, which counts more than 100 national medical organisations among its members.

The standards-setting body encourages doctors worldwide to refrain from supporting the procedures — even if they are legal in their country.

But medical associations in Canada and the Netherlands, where assisted dying is also legal in limited cases, are calling for a change in attitude within the WMA.

Littooji says a patient experiencing unbearable suffering who requests an assisted death is monitored over a long period by a team of doctors.

“It’s a road we walk together over time, the end can be euthanasia but far more often it’s a natural death,” adds Littooji.

President of the German Medical Association, Frank Ulrich Montgomery, quoted the 2,400-year-old Hippocratic Oath to the conference: “… neither will I administer a poison to anybody when asked to do so, nor will I suggest such a course.”

While he highlighted surveys from some industrialised nations which show majority support for terminally ill people legally ending their own lives with doctors’ help, he questioned whether it is “compassionate” to kill your patient.

“In liberal societies people want to have choice and options right up to the very end of their life,” he added.

“Are our ethics, our deepest beliefs, dependent on polls?”

But Dutch Royal Medical Association chairman Rene Heman told the conference that euthanasia “can be accepted”.

In the Netherlands, a patient must be experiencing unbearable suffering with no prospect of improvement to qualify for one of the life-ending procedures.

“It will never feel good for a doctor,” he accepted.

“The possibility of euthanasia does not undermine the trust between patient and doctor. The patient knows he can rely on this physician.”

A letter from the Pope was read to the conference, reiterating the Catholic Church’s unwavering opposition to both acts.

During a coffee break, delegates were also offered books with titles such as “Post-Abortion Trauma” or “The Risk of Eugenics” by the Vatican’s Pontifical Academy for Life.

Italy are still reeling from their historic failure to qualify for the 2018 World Cup finals after Sweden beat them in the play-offs on Monday.

Heartbroken Italians are looking for some immediate positive response, and Allegri, who won the Italian title in 2011 at AC Milan and the last three at Juventus, would fit the bill.

“Coaching the national team is one of my ambitions, but not right now,” the 50-year-old told a press conference ahead of Juventus’s game at Sampdoria on Sunday.

“In a few years,” said the man who made his name as coach at Cagliari and who is known as tactically astute.

“I still have major objectives to attain with Juventus, building a team for the future.”

“As for the national team we can talk about that in a few years time, if indeed I ever get offered the job,” said Allegri, who took over Juventus in 2014.

Italy is still floundering in disbelief after 75,000 stunned fans in Milan’s San Siro Stadium and 14.8 million horrified Italians watched their national fall from grace at the hands of Sweden on Monday.

Italy had only failed once before to make the cut, at the Sweden finals of 1958.

With his avuncular touch the former Bayern Munich, Real Madrid, AC Milan, Chelsea, PSG and Juventus coach Carlo Ancelotti is the favourite to take over and rebuild the Azzurri.

Around 7,000 poor people attended the event at St. Peter’s Basilica. Photo: Vincenzo Pinto/AFP
Pope Francis called on Sunday to fight indifference to poverty on what has been dubbed the first “World Day for the Poor” by the Catholic Church.

Celebrating the event in Rome at a mass attended by about 7,000 poor people at St. Peter’s Basilica, the Pope urged people not to ignore poverty by believing that “it’s not my business, it’s the fault of society”.

“We have the talents, we are talented in the eyes of God. Consequently, no one can think that he or she is useless, so poor as to be incapable of giving something to others,” he said.

He added that a lifetime of “doing nothing wrong isn’t enough. Because God isn’t an inspector looking for unstamped tickets”.

To mark the day, Francis had lunch with about 1,500 destitute people inside the immense Paul VI Hall, which adjoins the Vatican Basilica and usually hosts papal audiences and conferences, while another 2,500 were fed elsewhere.

“I’m not ashamed to be poor, I’m even proud of it when I see the solidarity and generosity that I saw today, with all those arms stretching out to take care of our little ones,” said Maria Lorena, who has nine children, and was among the guests.

“We are materially poor but rich in our faith and dignity,” she added.

A chef in charge of official Vatican meals prepared the meals including gnocchi, veal bites with vegetables and tiramisu.

“I am happy seeing all these people here but we must not just help them for a day, but throughout the year,” said Francesco, in his 50s, from Sardinia.

“A day like this gives a little hope, we hope for good things for the future.”

The guests came from Italy, but also from France, Poland, Spain, Belgium and Luxembourg, with similar initiatives held in other dioceses across Italy and elsewhere in the world.

The pope has often spoken about social inclusion, indirectly criticising governments that do not pay attention to those on the margins of society.

Crimean Tatar activist Ruslan Belyalov was detained in the city of Simferopol in the Russian-occupied Crimea on November 19, according to lawyer Emil Kurbedinov. 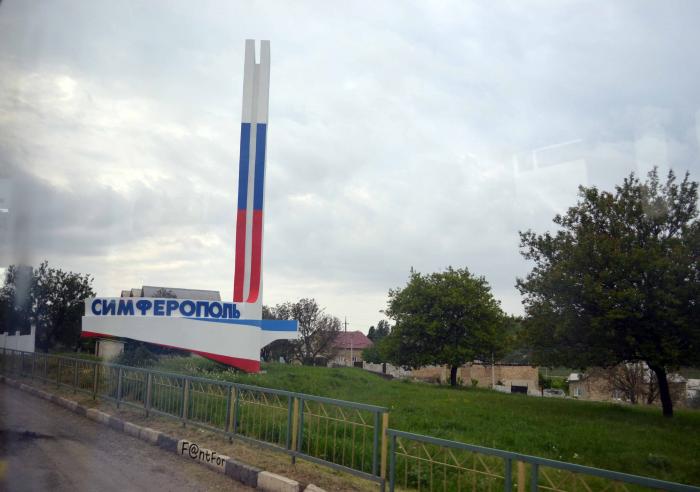 “An activist of Krymska Solidarnist association Ruslan (Alimdar) Belyalov has been detained on the road near the car market in Simferopol,” Kurbedinov wrote on Facebook.

At the same time, Belyalov reported the following: “I have been detained in Simferopol! The reason for detention is my car, which somehow became a ‘duplicate’! They want to take me to the police. I refused! Lawyer Lilja Gemedgi is on her way to me now!” However, he did not specify who exactly detained him. As UNIAN reported earlier, the

Russian court is going to sentence Ukrainian journalist Sushchenko to 20 years’ imprisonment. He was officially charged with espionage.

Russia’s hybrid military forces attacked Ukrainian army positions in Donbas 30 times in the past 24 hours, with four Ukrainian soldiers reported as wounded in action (WIA), according to the press service of the Anti-Terrorist Operation (ATO) Headquarters.

In the Luhansk sector, the enemy repeatedly fired from 120mm and 82mm mortars, grenade launchers, small arms, and cannons of infantry fighting vehicles on the defenders of the village of Luhanske at the Svitlodarska Duha bulge. The invaders also opened fire from 82mm mortars, grenade launchers, and small arms on the Ukrainian strong points outside the villages of Novotoshkivske and Novo-Oleksandrivka.

Besides, the defenders of the village of Krymske and the town of Zolote came under enemy fire from small arms. In the Donetsk sector, the militants fired about 10 mortar shells of various calibers outside the village of Pavlopil. Russian-backed mercenaries also repeatedly violated the truce in the suburbs of Avdiyivka and near the village of Pisky, using infantry weapons. The ATO strongholds in the vicinity of Zaitseve were shelled from grenade launchers. The Ukrainian military suppressed severely most of the armed provocations, using weapons not banned by the Minsk agreements. As UNIAN reported earlier, the OSCE Special Monitoring Mission’s cameras recorded explosions near the Donetsk Filtration Station. The OSCE believes the station was shelled from the militant-occupied city of Donetsk.

As reported, the Russian occupation forces fired on the Ukrainian strongholds, using weapons, including tanks, strictly prohibited by the Minsk agreements.

“In the Luhansk sector, the hotter spot was near the village of Troyitske. The militants were shelling the Ukrainian strong points in the area from a tank, infantry fighting vehicles, 120mm and 82mm mortars, and grenade launchers for almost two hours. Russian-backed mercenaries also fired infantry weapons outside the villages of Zaitseve, Zhovte, and Krymske, as well as Donets station,” the ATO HQ wrote on Facebook. In the Donetsk sector, the invaders continue to concentrate their fire activity near the Sea of Azov. The defenders of the villages of Shyrokyne and Hnutove came under enemy from mortars of various types, while those stationed outside Pavlopil and Vodiane were attacked with grenade launches and small arms. Besides, militants fired several 120mm mortar rounds in the vicinity of Kamianka. As UNIAN reported earlier, the situation in the ATO area somewhat escalated last night, with four Ukrainian soldiers reported as wounded in action. 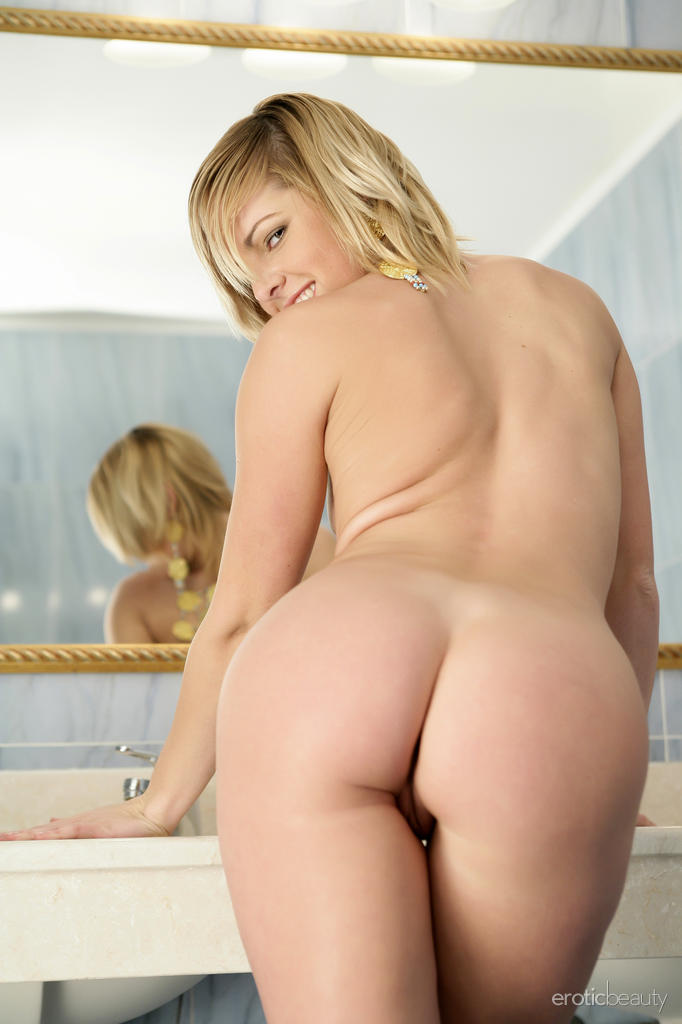