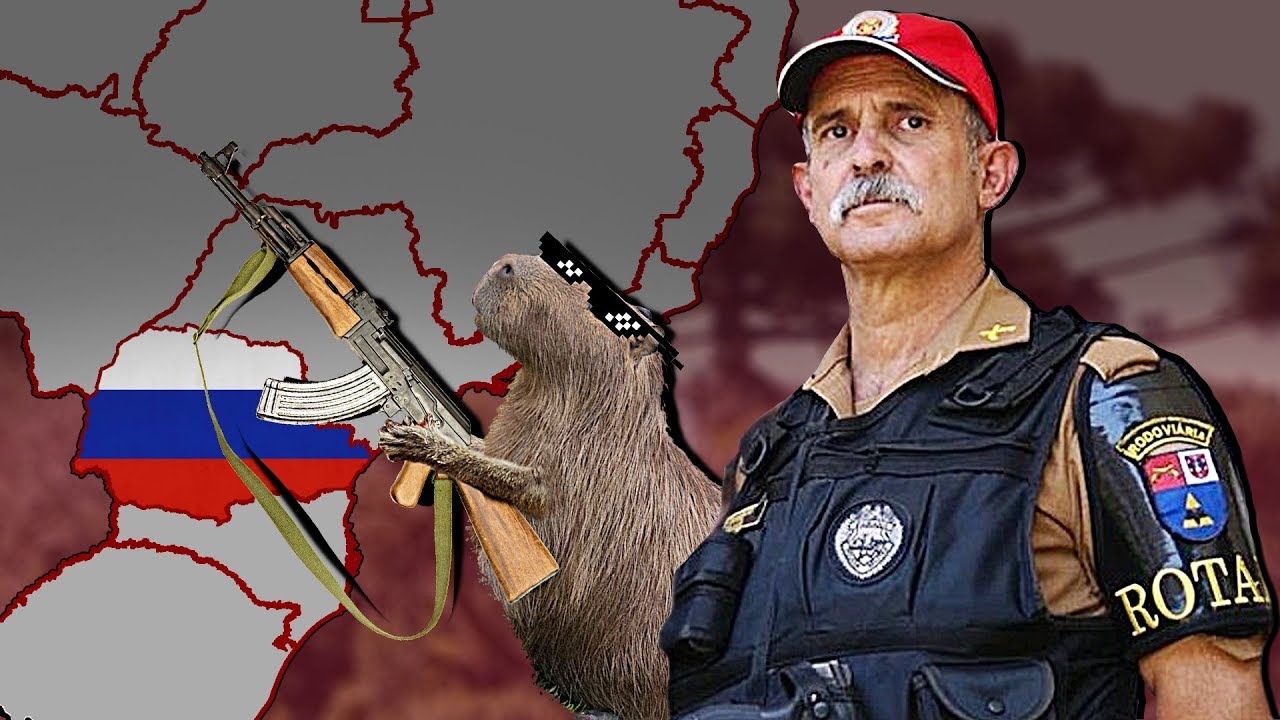 The airplane will now undergo the painting of the airline’s livery and begin its system checks, fueling, and engine runs. Singapore Airlines is due to take delivery of its first 787-10 in the first half of 2018 and will be operated on the airline’s medium-haul routes.

Singapore Airlines is the launch customer of the 787-10 and currently has 30 airplanes on firm order. The airline also signed a letter of intent in February to purchase 19 additional 787-10s.

“Boeing is excited to have finished final assembly of the first 787-10 Dreamliner for Singapore Airlines,” said Dinesh Keskar, senior vice president, Asia Pacific & India Sales, Boeing Commercial Airplanes. “With its unprecedented efficiency, greater capacity and the Dreamliner’s known preferred passenger experience, the 787-10 will be an important part of the airline’s future fleet.”

As an 18-foot (5.5-m) stretch of the 787-9, the 787-10 will deliver the 787 family’s preferred passenger experience and long range with 25 percent better fuel per seat and emissions than the airplanes it will replace.

The 787 Dreamliner family offers a modern, optimized and efficient airplane family in every market segment. Since entering service in 2011, the 787 family has flown more than 190 million people on more than 560 unique routes around the world, saving an estimated 18 billion pounds of fuel.

CHICAGO, Oct. 5, 2017 /PRNewswire/ — The Boeing Company [NYSE: BA] announced today deliveries across its commercial and defense operations for the third quarter of 2017.

Major program deliveries during the third quarter and year-to-date, including deliveries under operating lease (which are identified by parentheses), were as follows:

When it comes to these make-or-break FIFA World Cup qualifying matches, every little detail counts.

The first leg 1-1 draw between the Caltex Socceroos and Syria in Melaka ensures both nations have everything to play for in the return leg in Sydney on Tuesday night.

The winner at Stadium Australia keeps their hopes of getting to the 2018 FIFA World Cup in Russia alive, the loser faces an agonising four year wait.

When the margins are so tight and the stakes so high, any little advantage you can get must be capitalised.

And Ange Postecoglou’s troops have the benefit of playing the second leg in front of their home fans at Stadium Australia.

But we have to make the advantage count!

The Sydney Olympic Park venue has been the scene of so many memorable nights for the Caltex Socceroos in the past, from the 2015 AFC Asian Cup final to THAT night against Uruguay 12 years ago.

While replicating the pulsating atmosphere from November 16 2005 is hard to do, there’s no denying this clash with Syria is just as important.

If Australia is to be playing among the world’s best in Russia next year, they simply must prevail on Tuesday night. 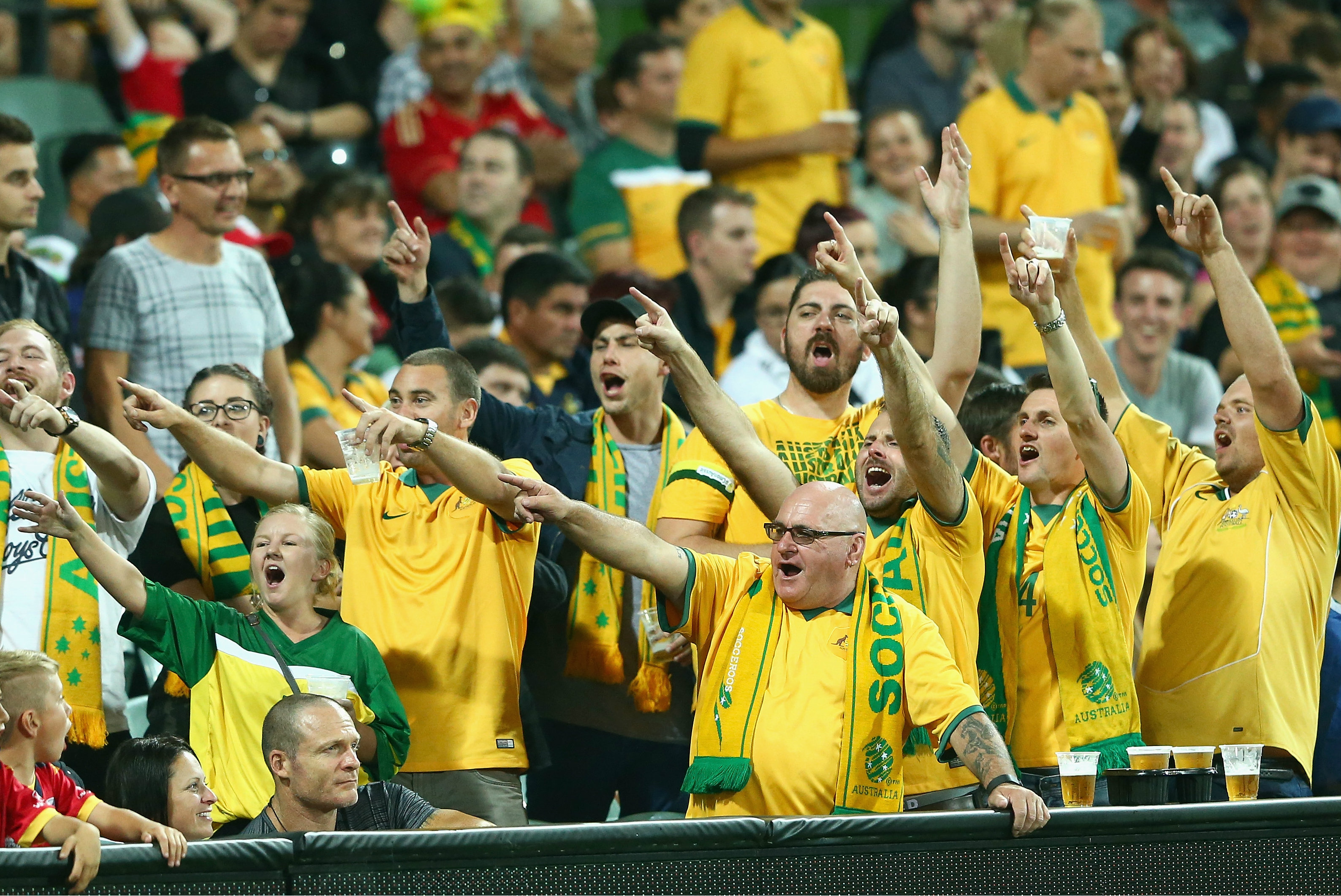 A clash of this scale demands a boisterous atmosphere and jam-packed stadium to help get the boys over the line.

The fans have the potential to be Australia’s 12th man.

There’s no doubt when close to 80,000 fans are driving the team on for 90 minutes, it has the ability to not only intimidate the opposition but provides a major boost for the boys in gold.

As a former Caltex Socceroos skipper said before a big qualifier in Sydney years ago: “When you have a full house driving you on, that proverbially sucks the ball into the back of the net”.

So while the players are sure to do their part to beat Syria and progress, the fans can have a big role to play as well.

It’s time for the fans to again deliver a wall of noise that envelopes Stadium Australia and inspires the team to greatness. 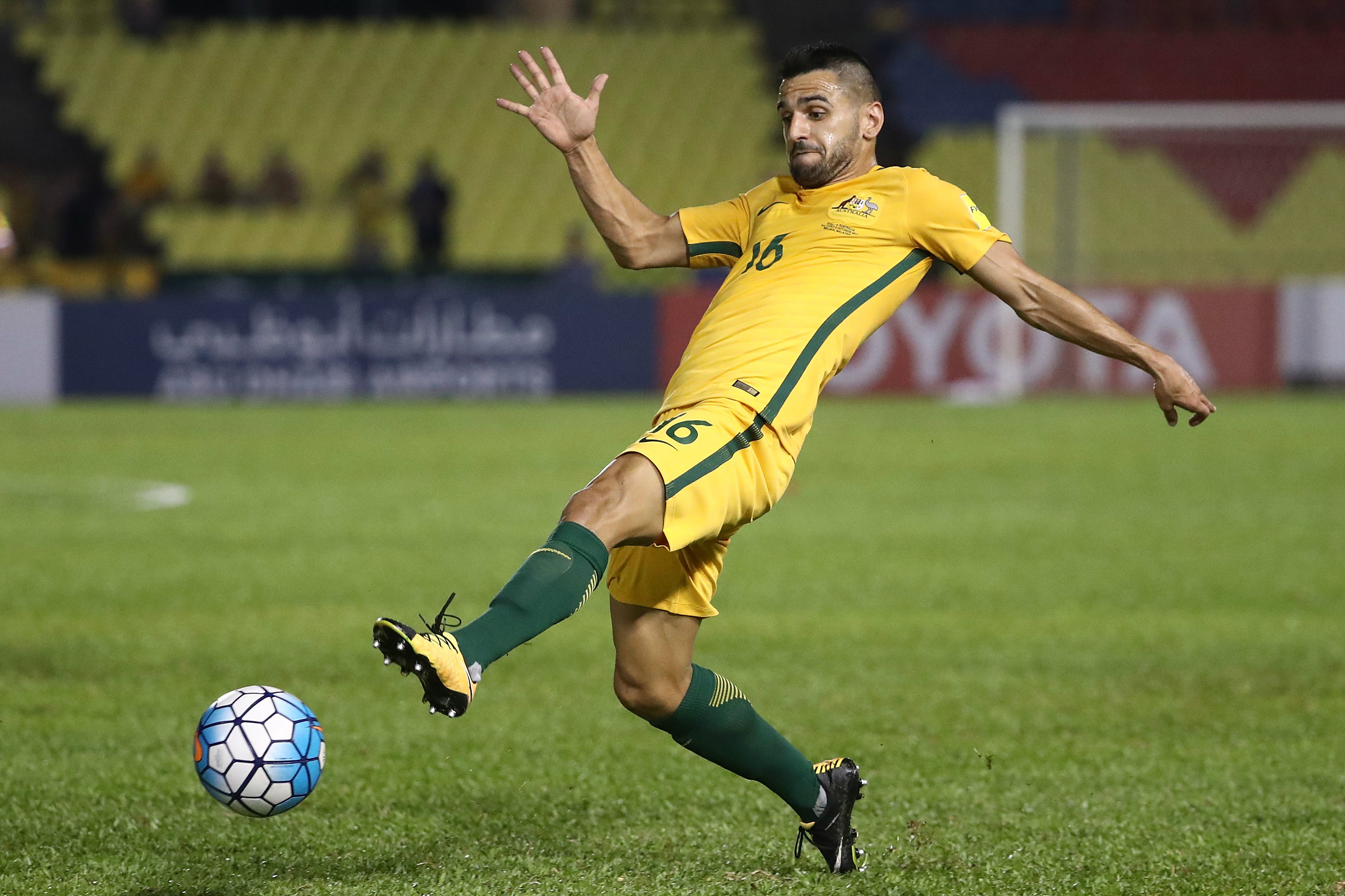 Despite dominating large periods and creating a host of chances in Malaysia, Australia had to settle for a 1-1 draw after Omar Al Soma’s late penalty cancelled our Robbie Kruse’s first-half opener.

It was only bad luck and some wasteful finishing which cost Ange Postecoglou’s side victory in the first leg.

But back on home soil in front of a big Stadium Australia crowd, Behich believes frustration will turn to celebration in front of goal on Tuesday night.

“It can be frustrating at times but you just have to keep believing in what you are doing and eventually it will pay off,” the Turkey-based wing-back said.

“It didn’t go in for us against Thailand [last month] or against Syria either but we have seen in the past we can score a few goals.

“I’m pretty confident on Tuesday they’ll hit the back of the net.

“We always want to take it to teams, we don’t want to sit back. Playing at home on a good pitch as well, that will be the plan from the first whistle, put them on the back foot and hopefully put a few early goals in.”

Behich was one of Australia’s best in Melaka, working tirelessly up and down the left flank.

While admitting the conditions didn’t help Australia’s up-tempo game, he has no doubt the team will go to another level back on home soil.

“We have a lot of experienced players, we’re all professional so we know what’s at stake here,” Behich said on Saturday.

“It’s a World Cup position, the boys are all very switched on and we’re confident going into this game.

“[Being at home] does help. We can play our one-touch, two-touch passing game. We’re confident the way we want to play and we’ll do it regardless of the conditions.”

The Caltex Socceroos spent Saturday in recovery mode but will return to the training pitch on Sunday as they ramp up preparations for Tuesday’s crucial clash.

It’s all to play for on Tuesday night as the Caltex Socceroos chase the win to see-off Syria and progress to the final stage of FIFA World Cup qualifying.

Coach Ange Postecoglou is set to make a few changes to freshen up his squad for the make-or-break clash in Sydney with a host of options up his sleeve at what should be a heaving Stadium Australia.

We’ve come up with three players who didn’t play a big role in Malaysia that loom as the game- changers for the Caltex Socceroos in the second leg.

The Celtic star played only a handful of minutes in the first leg, with Ange Postecoglou having one eye on unleashing Rogic on Syria at home.

And the prospect of a fresh Rogic – spared having to play on a heavy pitch in Malaysia – ready to torment a tired Syria side should fill Caltex Socceroos players and fans with confidence.

Rogic’s ability to pick a pass, dribble and beat his marker one-on-one as well as shoot from distance means he could have a key role to play on Tuesday night.

If he’s ‘on’, Syria won’t have an answer to his quality. 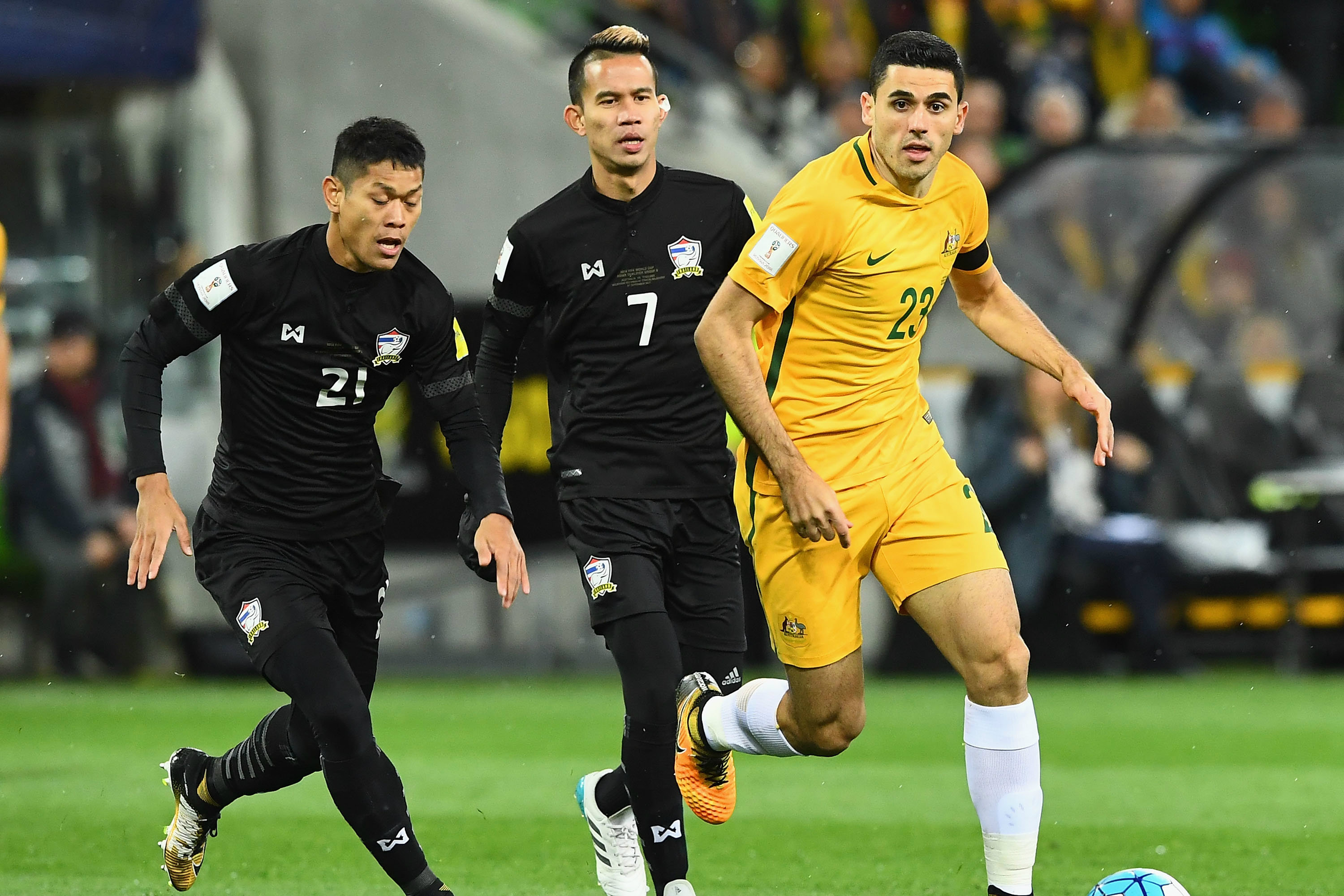 The bigger the stakes, the more likely Cahill will deliver. And it doesn’t get much bigger than Tuesday night.

Like Rogic, Cahill was kept out of the action last Thursday night and there’s a strong chance he’ll get the nod from the start on the slick playing surface at Stadium Australia.

It’s not just Cahill’s strength in the air and goal-scoring ability which could be vital, but his experience and calmness in pressure situations could prove the difference. 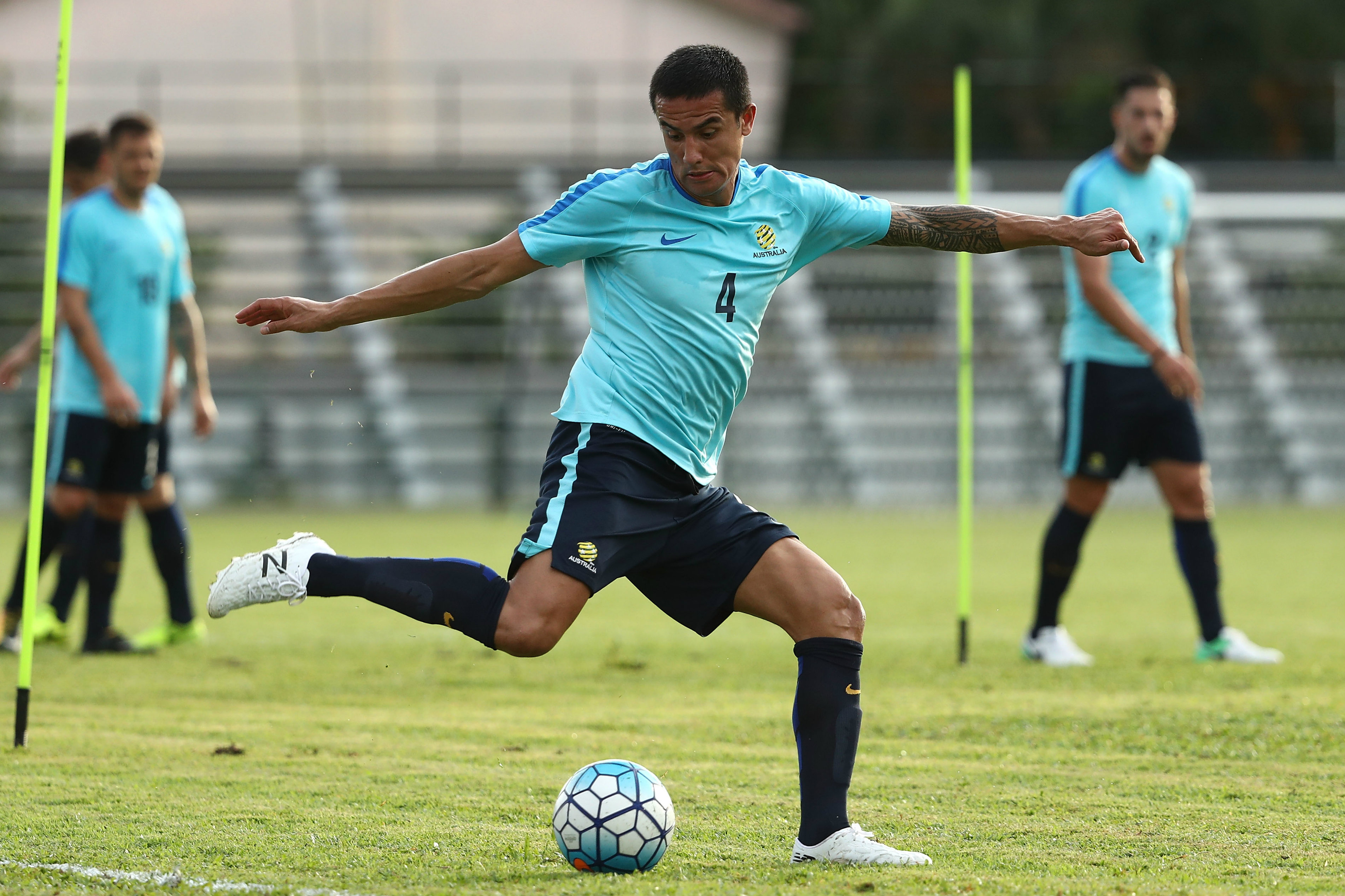 Even before the first leg, Irvine admitted he felt refreshed and energised to play in these cut-throat matches.

The Hull City midfielder has never let Postecoglou down when called upon in the green and gold and you get the feeling he could have an impact on Tuesday night.

His late runs from deep to get into the box and on the end of crosses is his real strength, while his mobility and work-rate make him a perfect player for the boss’ up-tempo game-plan. 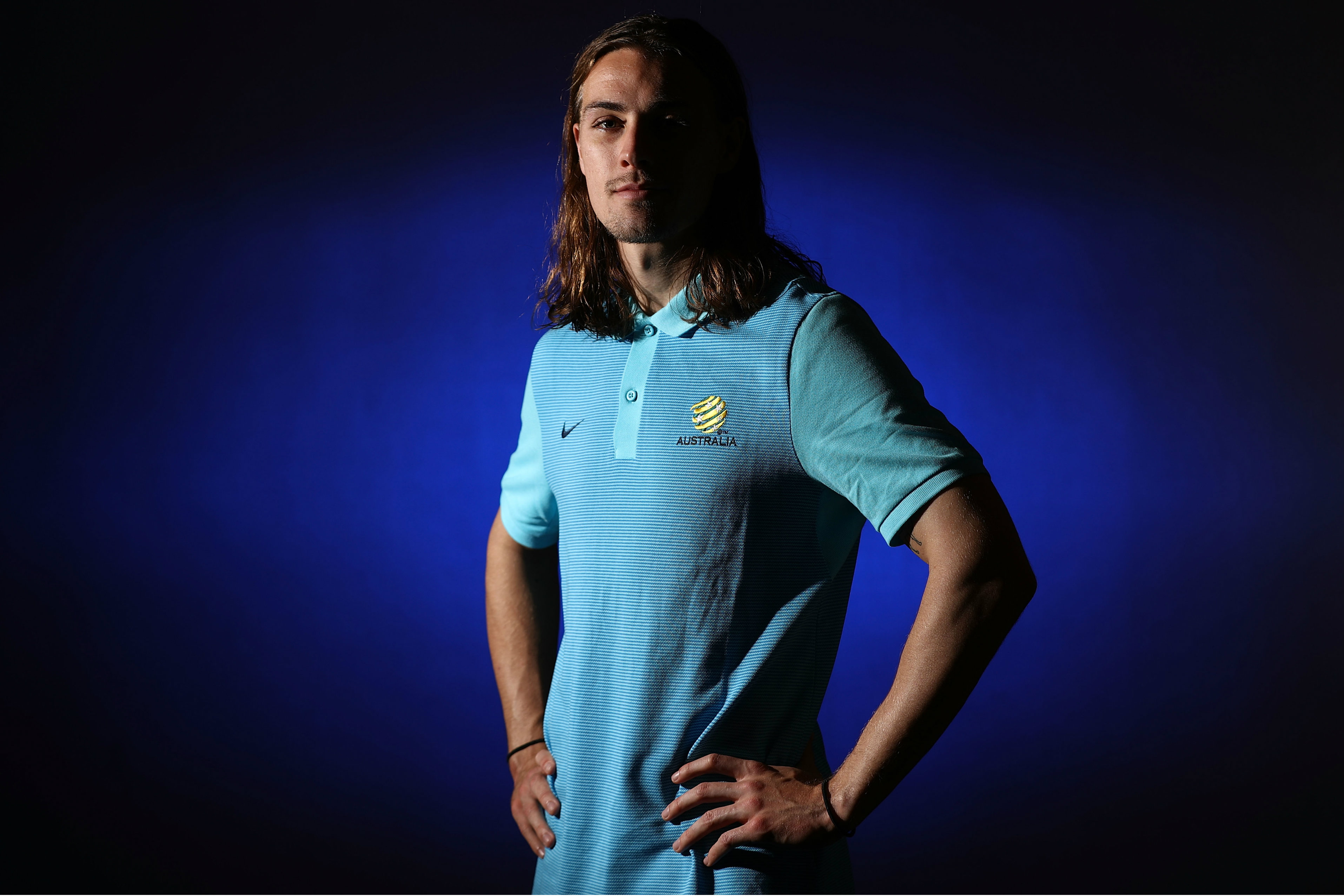 The venue has played host to some of the Caltex Socceroos’ most memorable moments (remember Uruguay in 2005) and a win over the Syrians will add another thrilling chapter to it.

We look back at Australia’s last three matches at Sydney Olympic Park, including a very exciting January night in 2015. 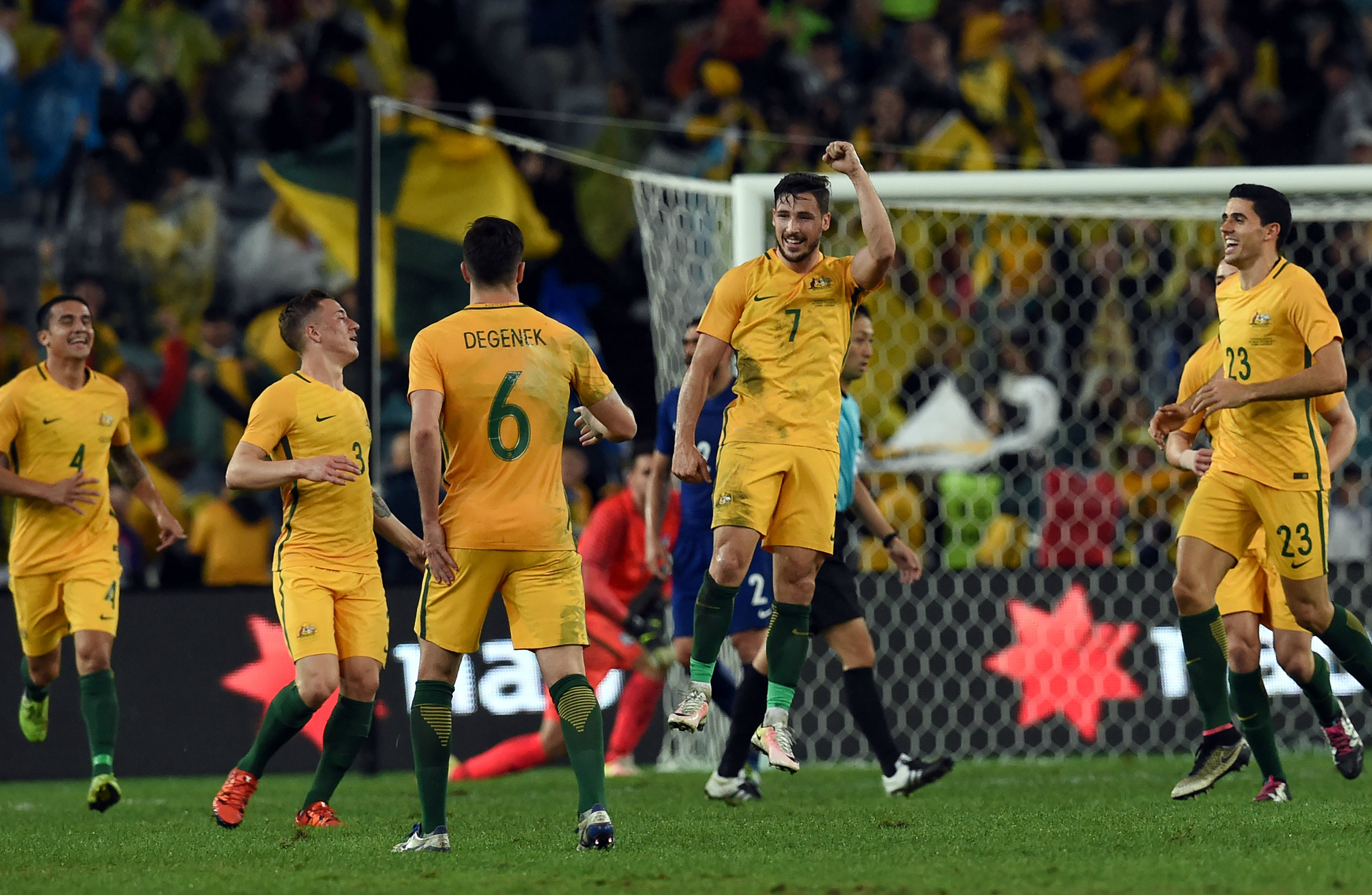 Lethal Leckie wins it at the death

Greece came Down Under for a two-game friendly series and it was a thrilling late flurry which handed Ange Postecoglou’s men a win in the opening clash in Sydney.

Despite dominating the 2004 European champions, Australia was unable to take their chances until late on.

First substitute Tim Cahill thought he had headed in the winner only to be denied by the off-side flag, before Mat Leckie won it in the final minute.

The winger swivelled on the edge of the box before drilling a low shot into the corner to delight more than 38,000 fans in attendance. 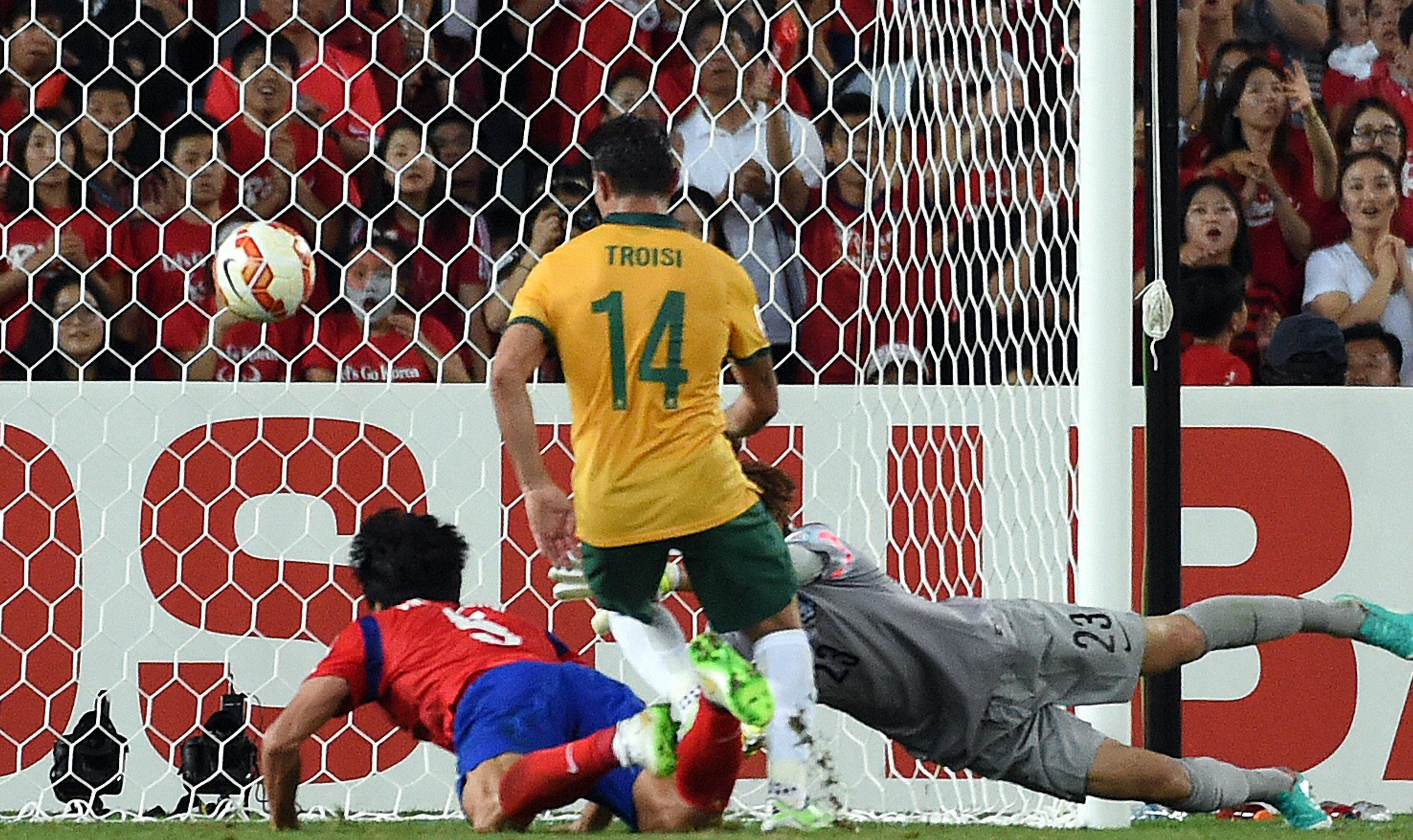 Australia the Kings of Asia

A historic night for Australian football, the Caltex Socceroos and South Korea met in the AFC Asian Cup final, with more than 76,000 fans hoping to see the home side lift their first major trophy.

And it turned out to be a gripping contest.

Massimo Luongo’s piercing drive in the first half looked like being enough until Son Heung-Min levelled things up in the 90th minute.

So it went to extra-time and it was Australia’s two substitutes who combined, with Tomi Juric’s cross spilt by the keeper allowing James Troisi to score the winner.

After a dominant 4-1 win over Kuwait in the Asian Cup opener, Australia headed to Sydney Olympic Park and swept in another four against an out-classed Oman.

The Caltex Socceroos dominated from the outset and scored three times before the break through Matt McKay, Robbie Kruse and a Mark Milligan penalty.

They pushed for more in the second half but it was substitute Tomi Juric who completed the scoring, completing the rout with 20 minutes left in front of more than 50,000 jubilant fans.