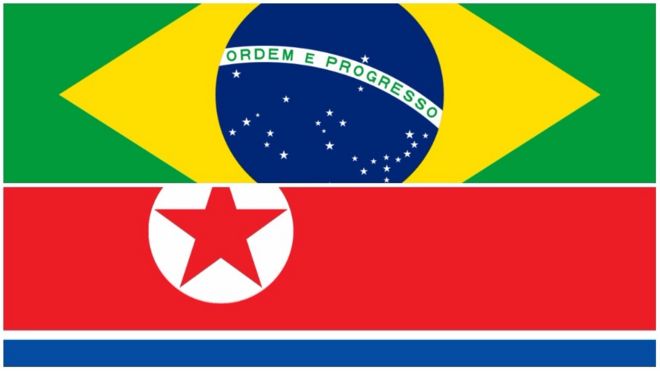 A DRASTIC proposal to close Bangkok’s Pathumwan Institute of Technology and Rajamangala University of Technology’s Uthen Thawai to end decades of violence between students was not a viable solution, academics have said.

If the proposal were adopted, the schools would not enrol new students in the 2018 academic year, to prepare for the closure of the two schools in four years.

Pathumwan rector’s adviser Suebpong Muangchoo said the suggested closure would not solve the problem, which was based on a conflict between some “rogue” students and should be handled by police and related officials.

He said there were many other ways to solve the issue, such as adjusting curricula, so both schools’ students could engage in activities outside campus that respond to the labour market and the country’s needs.

Uthen Thawai campus committee member Piyawat Sanpanon also said the proposal was not a good solution because there were more good students than bad ones and the institute was trying to address the issue of violence and develop educational quality.

National Legislative Assembly member Somchai Sawangkarn said the two schools could instil good values in students and adjust class activities to let students from both schools get to know each other and study together.

Besides calling for both institutes to stop student recruitment in the upcoming academic year, the proposal also urged lecturers and personnel to move to other institutes that were in need of staff.

Office of Higher Education Commission chief Supat Jampathong on August 24 passed the proposal to the two institutes’ councils, which are authorised to decide on implementing such changes.

The student brawls, which often take place in the downtown area and involve weapons such as guns, knives and small explosives, have led to the deaths and injuries of students as well as innocent bystanders while affecting public safety and the country’s reputation.

The latest brawl between students from the two schools occurred on the National Stadium skytrain station’s elevated bridge on August 1 and led to two Uthen Thawai students being stabbed. One of the students was killed.

Pongporn’s reforms said to have upset senior monks, who pressured cabinet for change.

Late last month, the Cabinet endorsed the transfer of Pongporn from his office at the NBO to the Office of the Prime Minister. The transfer will legally take effect as soon as it receives royal endorsement.

Pongporn, however, has refused to bow to the order given that it has not yet been royally endorsed.

He issued a statement on Wednesday saying he did not willingly agree to the transfer, adding that it would only cause damage to the NBO.

The statement came a day after the Cabinet passed a resolution to name Religious Affairs Department director-general Manas Thalasjai as the new NBO chief.

“He will also serve as the acting chief of his old department until the conclusion of the royal cremation ceremonies for HM the late King Bhumibol Adulyadej. These two agencies have to work closely in preparing the ceremonies,” Wissanu said.

He added that the NBO would also have to handle the controversial issue regarding the Alpine Golf Course, which was developed on monastic land, sparking controversy and several decades-long legal battles.

Late last month, former Pheu Thai Party leader Yongyuth Wichaidit was sentenced to two years in jail over his role in the affair.

“The NBO needs a very strong leader. All wrongdoers in the Alpine Golf Course case must be brought to justice,” Wissanu said.

However, Pongporn had done his duty well as NBO since his appointment, Wissanu added.

“Given this, if he would like to appeal against the transfer order. I will definitely help solve the problem within 24 hours,” he said.

Pongporn rose to the helm of the NBO in February based on an order issued by Prayut in the latter’s capacity as chief of the National Council for Peace and Order. It was then widely believed that Pongporn would lead a mission to eradicate corruption at temples and rein in the controversial Dhammakaya Temple.

A source said Pongporn’s efforts had upset senior monks, who felt he was damaging the Buddhist institution. Recent NBO investigations had implicated several temples, including well-known ones, in wrongdoing.

However, Wissanu did not explicitly say that Pongporn had conflicts with the Sangha Supreme Council.

But yesterday he said: “The NBO has to handle Buddhist affairs alongside the council. So the NBO director must win the trust of the council”.

Jirachai Moontongroy, permanent secretary of the Office of the Prime Minister, said yesterday he had already assigned Pongporn to oversee the southernmost provinces of Narathiwat, Pattani, Yala, Songkhla and Satun.

Meanwhile, Pongporn said it was unreasonable to transfer him given that the NBO had only one deputy director, who would retire at the end of the month.

Thailand is willing to provide more assistance to Cambodia to improve its farm products and speed up the opening of more border checkpoints to facilitate trade and travel, Prayut said in a joint press conference after the meeting.

On connectivity, both sides agreed to fulfil an agreement on the rail link from Thailand’s border province of Sa Kaew to Cambodia’s capital city of Phnom Penh, he said. It would be a historic railway project to connect Thailand and other neighbouring countries in the Mekong basin, he said.

Hun Sen said both countries would boost bilateral trade and Thailand had agreed to buy more farm products from Cambodia as well as open four additional border checkpoints in the near future.

Both countries have set targets to improve bilateral trade to reach US$15 billion (Bt496 billion) by 2020, according to Thai Deputy Government Spokesperson Werachon Sukhondhapatipak. To reach the target, the two countries have to facilitate border crossings and trade as well as contract farming, he said.

The two premiers also witnessed the signing of two documents – the Joint Declaration for the 3rd Thailand-Cambodia Joint Cabinet Retreat, to reaffirm both countries’ commitment to promote “Enhanced Partnership for Peace and Prosperity” and the Agreement for the Avoidance of Double Taxation.

Deputy Prime Minister Prawit Wongsuwan, who was also part of the delegation, said relations and cooperation between the two countries on security matters was excellent at all levels.

The defence ministries, armed forces and other joint mechanisms had good relations and worked well, he said, and they would establish a communication hotline at all levels to coordinate security matters, he said.

Among the issues for border security was illegal logging, notably of rosewood, according to spokesman Werachon, who added that the number of timber smuggling cases, as well as clashes between smugglers and Thai security forces, reduced significantly over the past year.

However, the controversial Stung Nam hydro power project, which was suspended by Prayut shortly before his departure to Phnom Penh, was not discussed, Werachon said.

The plan to purchase electricity from the 24-megawatt dam in Cambodia’s Koh Kong province and get free fresh water for the Eastern Economic Corridor (EEC) was put on hold because the electricity price was too expensive and the investment cost for a pipeline to transport water from the border to the EEC was too high.

Cambodian investor Ly Yong Phat of LYP Group told local newspaper Khmer Times that the delay in the deal was due to time constraints by both sides that could not process the documents on time.

Arbil/ Iraq TradeLink: Kurdish President Masoud Barzani disclosed that “massive pressures” are made to postpone the independence referendum, stressing that “we are insistent to hold it in time”.

He criticized that there is “no” political partnership in Iraq, which is governed by religious trends.

“So, for these reasons, the Kurdish people will resort to the referendum”, he confirmed.

Barzani pointed that the Kurds were demanding the rights of the Peshmarga forces, but “Baghdad did not send even on bullet, but approved a law for the Popular Mobilization Forces within two hours with all necessary funds and arms”.