Extreme El Nino events, which have cost New Zealand hundreds of millions of dollars in the past, are likely to become twice as common under climate change, a study has found.

And the Australian scientists behind the research, published today in major journal Nature Climate Change, say the frequency of these events was projected to increase even if nations could meet the Paris Agreement ambition of halting global mean temperature at 1.5C above pre-industrial levels.

In New Zealand, the ocean-driven system typically brings cooler, wetter conditions, bringing higher rainfall to regions that are normally wet, and often drought to areas that are usually dry.

Farmers in the western, wetter parts of the country often faced significant damage to pastures from too much rainfall, and it was also harder for stock to thrive in the constant wet.

Those in the east, faced with dry conditions, needed to consider food availability for stock – one disastrous El Nino in the summer of 1997/1998 cost the country hundreds of millions of dollars.

CSIRO researcher and lead author Dr Guojian Wang said the growing risk of extreme El Nino events did not stabilise in a stabilised climate, due to a continuation of faster warming in the eastern equatorial Pacific.

“Currently the risk of extreme El Nino events is around five events per 100 years.”

This doubled to approximately 10 events per 100 years by 2050, when the study’s modelled emissions scenario hit the 1.5C peak.

“After this, as faster warming in the eastern equatorial Pacific persists, the risk of extreme El Nino continues upwards to about 14 events per 100 years by 2150.

“This result is unexpected and shows that future generations will experience greater climate risks associated with extreme El Nino events than seen at 1.5C warming.”

The research was based on five climate models that provided future scenarios past the year 2100, and run using the Intergovernmental Panel on Climate Change’s lowest emissions scenario, RCP2.6, which requires negative emissions late in the century.

Study co-author, Dr Wenju Cai, director of CSIRO’s Centre for Southern Hemisphere Oceans Research, said the research continued important work on the impacts of climate change on the El Nino-Southern Oscillation (ENSO), which was a significant driver of global climate.

“This pulls rainfall away from Australia bringing conditions that have commonly resulted in intense droughts across the nation.

“During such events, other countries like India, Ecuador, and China have experienced extreme events with serious socio-economic consequences.”

While previous research suggested that extreme La Nina events would double under a 4.5C warming scenario, the new study indicated that under a scenario of climate stabilisation, there was little or no change to these La Nina events.

Commenting on the findings, the Australian Bureau of Meteorology’s head of climate research Dr Scott Power said most small island states in the Pacific had only a limited capacity to cope with major floods and drought.

“Unfortunately, this paper indicates that these vulnerable nations could be exposed to El Nino impacts more frequently in the future, even if global warming is restricted to 1.5C,” he said.

“To make matters worse, our recent study published in Nature Communications indicates that the risk of major disruptions to Pacific rainfall have already increased.

“And, unfortunately, these El Nino-related impacts will add to the other challenges of climate change, such as rising sea levels, ocean acidification and increasing temperature extremes.”

Associate Professor Pete Strutton, of the University of Tasmania’s Institute for Marine and Antarctic Studies, said while the Paris targets were admirable, it was becoming “increasingly unlikely” the world would meet them.

“Even if we do, this study shows that the climate effects will be very serious,” Strutton said.

“This study is consistent with previous work by these authors and others that shows that the intensity and frequency of El Nino is favoured by a climate that is warmer.

“The paper also suggests that the effects on El Nino will continue long after mean global temperatures are stabilised, if they are.

“This is important because it illustrates the ‘inertia’ in the climate system.

“This issue is probably even more pertinent for processes in the ocean such as acidification.”

• 2015/16: While a typical strong El Nino pattern of southwesterly winds occurred in December 2015, a change to more northerly-quarter winds than usual for January and February brought more rain and alleviated fears of El Nino-associated drought in many parts of the country.

• 1997/98: In 1997, it became much drier than normal in the east from as early as July, with drought areas particularly pronounced from the Bay of Plenty down to Canterbury over the following summer. Officials estimated the likely cost of the drought on farm gate returns would be $256 million for the year ending June 30, 1998, and $169m for the following year, giving a total damage cost of $425m.

• 1982/83: The once-in-a-century “super El Nino” that hit New Zealand in the summer of 1982/83 was characterised as stormy, with low pressures and frequent southwest winds over the country. It also caused severe drought in eastern regions.

Our military’s gaps in mental health care for uniformed personnel have been exposed through internal inquiries carried out into six suicides in three years.

A slew of recommendations to improve management of mental health in the military came through Courts of Inquiry into the deaths.

Not all recommendations have been picked up but NZ Defence Force has offered an assurance it takes mental health care for its people “very seriously” and is lifting its game.

The assurance has been supported through interviews with former service personnel but they also say more needs to be done.

The NZDF initially tried to stop details of gaps in the safety net being made public to shield families of those who died.

The gag was lifted after the New Zealand Herald gave new Defence Minister Mark Mitchell an assurance our reporting would focus on the issues and not the individual cases.

Investigations by the Herald have found NZDF suffers the loss of one solider, sailor or air force service member to suicide each year.

But in 2012 there were three deaths from suicide and two in each of 2013 and 2014. The six inquiry reports supplied to the Herald came after the first in the string of fatalities –
Corporal Douglas Hughes – was found to have taken his life in April 2012.

While the increased number is too small to suggest a statistical trend – there was one death in each of 2015 and 2016 – it did result in twice as many Courts of Inquiry being held into mental health-related issues and an increased focus on NZDF’s mental health care.

Those inquiries led to recommendations for change – the most significant being a call for an audit of NZDF’s mental health needs.

Director of Defence Health Brigadier Andrew Gray said the audit has not been carried out but there had been significant change in the last three years.

“We’re trying to look at how we create a positive mental health climate. (Asking) what is mental health within NZDF and how do we influence that care.

“We took a step back three-to-four years ago and said ‘what can we do to support our people better’.”

Steps included training for key staff – a recommendation that was carried out – and how to assure personnel that it was okay to ask for help.

Gray said there was a “macho culture” in wider New Zealand that was reflected in the Defence Force, with uniformed staff feeling they needed to “toughen up” to get through issues which emerged.

Coalition partners efforts were studied, leading to the development of support and training aides.

That included a video of staff throughout the organisation talking about their mental health issues and attempting to cut through the stigma of needing help.

While the audit was not carried out, Gray said it was necessary. “I do believe we do need to look at our population and provide that more robust research. We don’t want to be the ambulance at the bottom of the cliff.”

Other recommendations included greater sharing of information between medical, chaplain and community organisations, training civilian staff to create options for uniformed staff to ask for help outside the command chain and for enlistment information to include details on mental health so personnel could be supported throughout their service.

The OIA request for Courts of Inquiry also drew details of the 2016 suicide after which NZDF was again urged to continue to work to remove any stigma attached to mental health issues.

It stated uniformed personnel were still reluctant to seek help “as it may affect their career or ability to deploy”.

There was also evidence of systems not working, with an assessment carried out by a civilian doctor not passed to military commanders depriving the person of “increased vigilence and screening”.

It included recommendations there be better oversight of medical waivers which allow people to with conditions to serve offshore, and training for medical officers to follow processes which would better inform commanders.

While coalition militaries have suffered a surge in suicides after deployments to Afghanistan and Iraq, there was no information released showing the New Zealand cases were linked to offshore deployments.

NZDF also had no information about suicides among former personnel because it did not collect data about those who had left the service. Suicide among veterans who have left service has been a prominent issue among coalition partners, with Australia currently holding a Senate inquiry into the issue.

Mitchell, who has been Minister of Defence since April, said former uniformed personnel could seek support and treatment through Veterans’ Affairs New Zealand.

He said he believed NZDF was meeting its responsibilities to personnel and working to improve in areas it needed to.

“The first priority is delivering the right care to those who need it, for whatever reason.

“A proactive audit is a possibility in the future, but defence is constantly auditing mental health through pastoral, social and medical providers to gain an understanding of mental health issues in the defence force, to ensure the required care for those in need.”

The Herald has spoken to former uniformed staff who say there have been noticeable improvements in mental health processes in the last few years.

He said there were pathways but the value of them largely depended on the commander.

Wood said when he sought assistance with PTSD in 2008, he was forced to consider his 17 years of service in countries such as Timor, Somalia and Afghanistan and the opportunities that lay ahead.

There was the stigma of “being seen as weak by your mates” and the impact it could have on future postings, hesaid.

But there was also a concern if he needed more than the assigned level of mental health session, NZDF might start pushing him to take a medical discharge.

It would have meant the difference of a few hundred thousands dollars because he had three years to go before he completed 20 years of service and qualified for superannuation.

“I went regardless because I needed to go.”

Wood said there had been “serious in-roads”, noting the Sergeant-Major of the Army urging troops in a recent Army News: “”There is no stigma in seeking help, only pride and mana in stepping forward to seek assistance.”

* This article originally stated there were no self-inflicted deaths in 2015 when there had been one death by suicide. The story has been updated to reflect information originally supplied by NZDF.
WHERE TO GET HELP:

If you need to talk to someone, the following free helplines operate 24/7:

There are lots of places to get support. For others, click here. 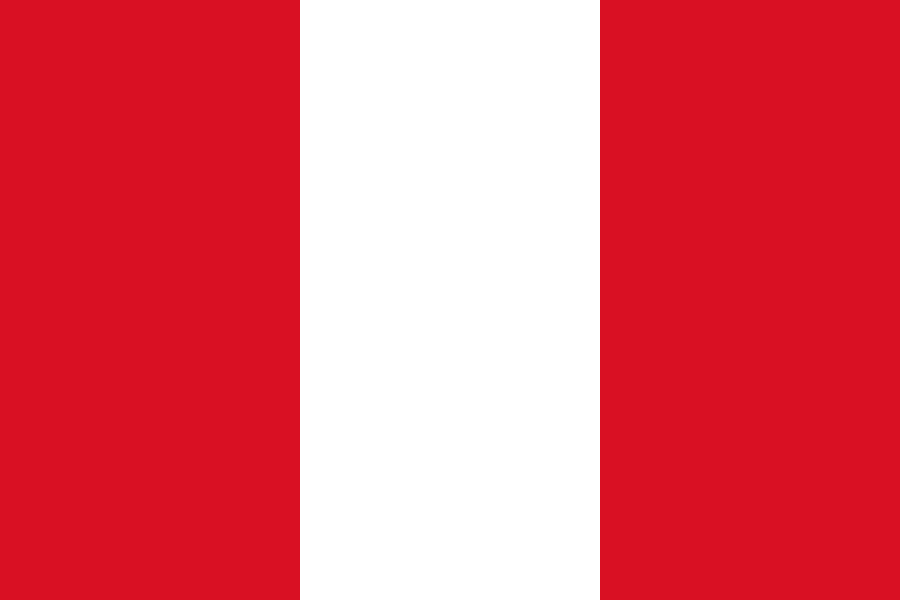 “Yo no me debo a quien me elige esa ha sido una característica como profesional, yo me debo al Estado”, afirmó el contralor.