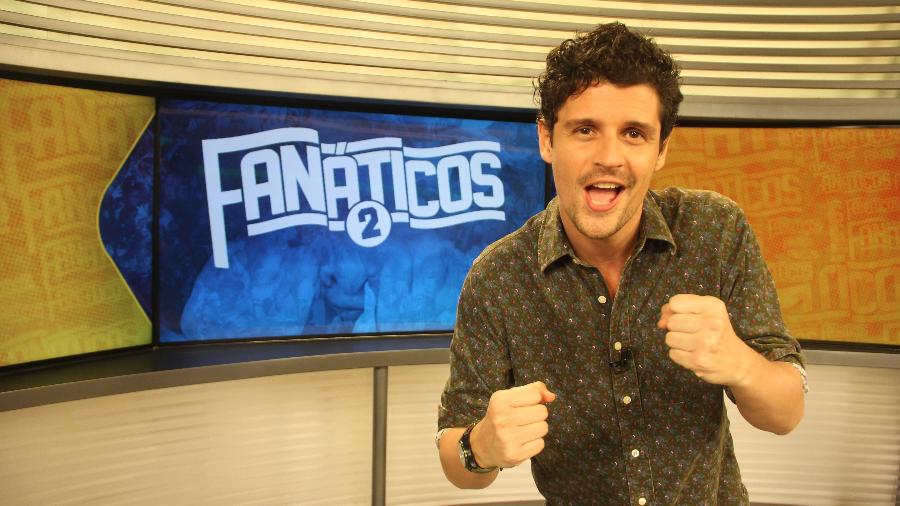 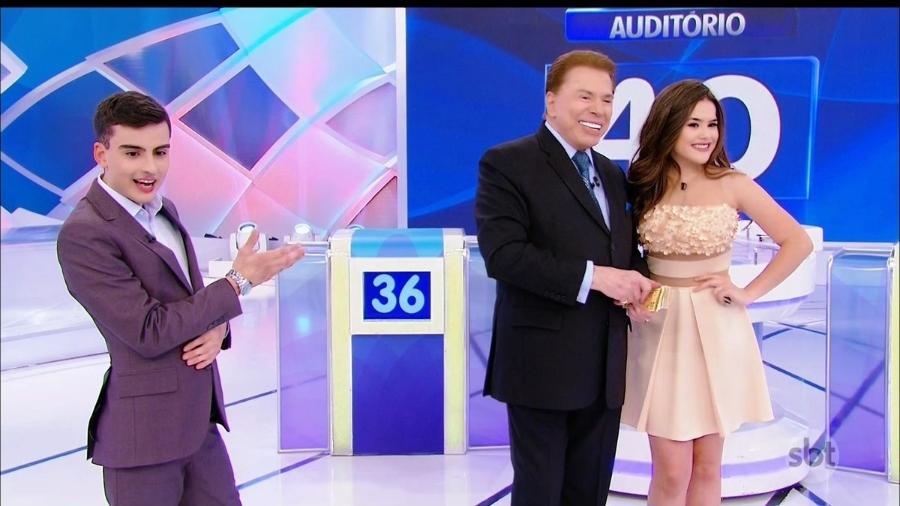 It’s not every footballer who can say they’ve hit a few winners past a Grand Slam tennis champion. But Mat Ryan can claim that honour.

The Caltex Socceroos goalkeeper was a handy tennis player in his youth and met four-time Grand Slam winner Kim Clijsters during his time in Belgium.

Ryan’s coach at Club Brugge was an ex-team-mate of Clijsters’ father and introduced the pair who struck up a friendship on social media.

“When I went to Genk on loan she must have seen it in the media and we started chatting again,” Ryan told www.socceroos.com.au.

“I even had a hit with her, it was great fun.

Congratulations Aussie @Clijsterskim on your induction into the hall of fame. A great acknowledgment of your illustrious career. 🇦🇺🇧🇪

“I like to think I’m a bit of a natural and even though I was a bit rusty I went out there and hit a few balls and a couple of winners against her. “I’ve always got that in my locker now and can remind people that I hit a few winners against a Grand Slam champion! “She’s a lovely person, very kind, and we’re still in contact now,” he said. Video: Caltex Socceroos’ video banter

CONFEDS CUP CAN BE A LEARNING CURVE

At just 25 years old, Ryan has played 33 times for his country, making him easily the most experienced goalkeeper in Australia’s Confederations Cup squad. Mitch Langerak has made just eight appearances for the Caltex Socceroos while Sydney FC custodian Danny Vukovic is uncapped. But fresh from signing a five-year deal with newly promoted English Premier League side Brighton and Hove Albion, Ryan believes he’s nowhere near the finished article.

Congratulations to our @MatyRyan who has just become a @premierleague footballer with @OfficialBHAFC on a five-year deal! #GoSocceroos #EPL pic.twitter.com/addXAIxtCJ

“You’re always continuing to learn,” he said. “I’ve got more experience under my belt playing big opposition, bigger teams, big individuals. “It’s only going to help me and – other players who have been in the same boat – this time around in these sorts of tournaments. “We’ve had the success of the Asian Cup and while we weren’t playing the big teams of Europe or South America, it was still obviously a very competitive tournament. “As a reward for winning that we find ourselves in this situation now where we’re playing some big teams. “We’re keen as a team to go out there and show the progression we’ve made since the World Cup and the games we’ve played against these sorts of teams post World Cup.

TIME TOGETHER CAN REAP REWARDS As important as the quality games the Caltex Socceroos will play in Russia is the time the team will spend together ahead of crucial World Cup qualifiers later in 2017. Australia visits Japan on August 31 before hosting Thailand six days later. “Common sense will tell you the more time you spend together as a unit, the more you understand yourselves as a team and the individuals in the team,” said Ryan. “You get more accustomed to the philosophies of the game plan and what the coaching staff want from you. “We’re eager to show Australia and the world that we can make some noise against this sort of opposition at big tournaments like this. “There’s all to play for here and hopefully at the World Cup next year.

While goalkeeping can sometimes seem like a lonely proposition, Ryan insists that’s not the case.

“What the coaching staff ask of the goalkeeper in this team is to be very high and very engaged with the team,” he explained.

“We always say our first defender is our striker and our first attacker is our goalkeeper.

“There’s a lot of involvement on a personal level for the goalkeeper, whether it’s me or one of the other guys who are going to be playing.

“Being a goalkeeper is no different,” he added.

And while there won’t be much time for tennis in Russia, Ryan would be happy to take on all-comers in the Caltex Socceroos side if the opportunity arises.

But he clearly doesn’t rate the form of team-mate Timmy Cahill.

“Timmy’s got a court in his backyard in Melbourne but he’s not too handy with a racket I don’t think,” Ryan said.

“His hand-eye coordination isn’t as good as his feet or his head!”

Curtir Carregando...
por antoniodavirolanddebrito
With experience, comes relaxation. While some in the Caltex Socceroos are burning plenty of nervous energy ahead of their next Confederations Cup clash against Cameroon on Friday (AEST), one man has seen it all before.

And for Mark Milligan – a veteran of eleven years in the international set-up – the benefit of experience is shining through.

NO MORE NERVES FOR MILLSY

“When you’re not as nervous about the upcoming game you’re able to take in the information leading into a match much better.

“I know what I’m going to give performance-wise and the standard I’ll [reach] when I go out on the pitch so I can focus on other areas, like the tactical side of things.

“The game is a lot more tactical now and it’s changing a lot so from a personal space you just prepare better because there’s not as much of that nervous energy.

“When you walk out on the pitch, you still feel that to a degree, but as you get older you know what to expect from yourself in the consistency and mentality side of things, which makes it easier,” he said.

Mark #Milligan most likely to be wearing captain's armband at #ConfedCup. Report from @gatty54. https://t.co/VmE7TTbV92 pic.twitter.com/MSMQJqbSYH

Of the current squad, only Tim Cahill has appeared more often for Australia than Milligan.

And the 31-year old midfield anchor is keen to make life easy for the new players to the Caltex Socceroos set-up.

“The most important thing with the young guys coming in is that they feel comfortable and part of the group,” said Milligan.

“We sit down for three meals a day and you’ll often have them at your table, so being able to involve them as soon as they come in and make them feel at home is most important.

“When players are comfortable in their environment, they play better.

“This group has been wonderful – we’ve had a lot of new players come in over the last couple of years since Ange has been involved and we’ve worked really hard to create an environment where new players can slot straight in.”

MATCHING IT WITH THE BEST

After three World Cup campaigns – the last in 2014 ruined by injury – Milligan is looking forward to another major FIFA tournament in Russia.

“It’s a very good test, but it’s one this group is up to.

“We’ve always said that we want to be able to compete with the best in the world.

“This is the first chance since the last World Cup to be on that stage again and to show what we’ve learnt over the last few years,” he said.

Curtir Carregando...
por antoniodavirolanddebrito
Tom Rogic believes nerves may have contributed to the Caltex Socceroos’ first-up 3-2 loss to Germany at the Confederations Cup.

Australia started slowly and were forced to chase the game after falling behind inside the opening five minutes and again just before half time.

“Maybe in our first game there were a few nerves in the first half,” the Caltex Socceroos playmaker told SBS.

“But we grew into the game and kept the ball for longer periods in the second half and had a little bit more control.

“We have to build on that moving forward.”

Rogic says the half-time message from coach Ange Postecoglou was a simple one.

“Just to play a lot better than we were,” said Rogic.

“We had good moments through the game but we made it hard for ourselves when you look at the times we conceded.

The Caltex Socceroos next meet African champions Cameroon in St Petersburg on Friday.
“The five minutes just before half-time once we got back into it and then again just after [half-time].

“We were always chasing them but we’ll pick ourselves up and move onto the next one.”

NO TIME TO CELEBRATE

Rogic scored his seventh international goal to level the scores late in the first half, firing home from just outside the penalty area with his lethal left foot.

“It’s pleasing to score but in the end it doesn’t count for too much,” he shrugged.

The Caltex Socceroos next meet African champions Cameroon in St Petersburg on Friday.

Curtir Carregando...
por antoniodavirolanddebrito
Aaron Mooy is encouraged by the Caltex Socceroos’ second half performance in their 3-2 loss to Germany at the Confederations Cup in Sochi.

The World Champions scored an early goal before Tommy Rogic equalised for Australia, only to see Germany restore their lead from the penalty spot.

The Germans scored again shortly after the break, with Tomi Juric’s 56th minute goal not enough for the Caltex Socceroos to grab a point.

“We didn’t keep the ball well enough in the first half,” Mooy told FIFA TV.

“Germany are a good team and they made it difficult for us in the first half to find any fluency.

“Maybe we rushed too much, trying to penetrate too fast rather than waiting for the right opportunity to play forward.

“Second half, we did it much better – we kept the ball better and waited for the right chance to play forward and cause Germany a problem.

“We played our style of football and we dominated the ball for a long time but couldn’t get another goal.”

The Caltex Socceroos next face African champions Cameroon on Thursday in Saint Petersburg, needing a win to keep their semi-final hopes alive.

“Hopefully we can play like we did in the second half [tonight] for longer parts of the next game and get a win.”

LE BOURGET, France, June 20, 2017 /PRNewswire/ — Boeing [NYSE: BA] has raised its forecast for new airplane demand, projecting the need for 41,030 new airplanes over the next 20 years valued at $6.1 trillion dollars.

“Passenger traffic has been very strong so far this year, and we expect to see it grow 4.7 percent each year over the next two decades,” said Randy Tinseth, vice president of Marketing, Boeing Commercial Airplanes. “The market is especially hungry for single-aisle airplanes as more people start traveling by air.”

The single-aisle segment will see the most growth over the forecast, fueled by low-cost carriers and emerging markets. 29,530 new airplanes will be needed in this segment, an increase of almost 5 percent over last year.

The forecast for the widebody segment includes 9,130 airplanes, with a large wave of potential replacement demand beginning early in the next decade. With more airlines shifting to small and medium/large widebody airplanes like the 787 and 777X, the primary demand for very large airplanes going forward will be in the cargo market. Boeing projects the need for 920 new production widebody freighters over the forecast period.

The Asia market, including China, will continue to lead the way in total airplane deliveries over the next two decades. Worldwide, 57 percent of the new deliveries will be for airline growth, while 43 percent will be for replacement of older airplanes with new, more fuel efficient jets.

Boeing’s Current Market Outlook is the longest running jet forecast and regarded as the most comprehensive analysis of the aviation industry. The full report can be found at www.boeing.com/cmo.

Forward-Looking Information Is Subject to Risk and Uncertainty

Many factors could cause actual events to differ materially from these forward-looking statements, including economic conditions in the United States and globally, general industry conditions as they may impact us or our customers, and other important factors disclosed previously and from time to time in our filings with the Securities and Exchange Commission. Forward-looking statements speak only as of the date they are made and we undertake no obligation to update or revise any such statement, except as required by law.