Sampo Terho, who is one of the favourites to succeed Timo Soini as the leader of the Finns Party has launched an attack on his rival’s plan to lead the party from Brussels if he wins. Terho says that his rival Jussi Halla-aho’s plan to remain an MEP if elected leader is unrealistic. 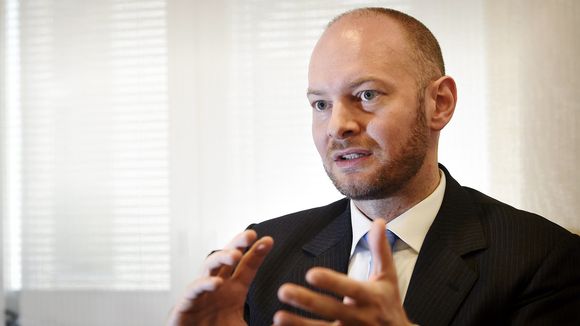 Finns Party MP Sampo Terho has slammed his rival’s plan to stay out of the Finnish government if he wins the leadership election. Jussi Halla-aho has said he wants to remain as an MEP in Brussels if he gets the job, declining the chance to assume the post of Foreign Minister currently held by leader Timo Soini.

“It’s very difficult for me to see how a government party can be led be a leader working remotely,” said Terho on Yle’s morning television programme on Saturday. “There would be big questions about who would participate in the government party leaders’ weekly discussions.”

The party is in the throes of an election campaign to see who will succeed current chair Soini when he steps down this summer after twenty years in the job. Terho has the support of much of the party establishment, while Halla-aho is backed by the anti-immigration wing of the party.

Halla-aho previously outlined his programme as a ‘Finland first’ policy, which will clamp down on immigration. Terho, a former chair of the nationalist Suomen Sisu group,  has said that there are few policy differences between him and Halla-aho but that he has more to offer in policy areas other than immigration.

On Saturday Terho tried to reject the ‘party elite’ label he has been given in the media.

“This whole elite discussion is a strange idea planted by red-green journalists,” claimed Terho. “In our party there’s no chance for any kind of elite to form.”

During the interview he did not take a view on the future position of Timo Soini, leaving open the possibility that Soini could continue in post as Foreign Minister.

He did, however, say that he would argue for a referendum on Finnish EU membership, arguing that the union has transformed significantly since Finland voted to join the bloc.

Terho is currently the Minister for Culture and Sport, and also holds the Europe portfolio in the cabinet. The Finns Party leadership will be decided by a vote of members at the party congress in Jyväskylä on 10-11 June.

The City of Helsinki has ordered two long-running demonstrations to vacate the Helsinki Railway Square by Monday, 22 May.

The protest camps, one set up by unsuccessful asylum seekers and the othe rby anti-immigration activists, will have to be cleared as the square will be the site of a number of events during the course of the summer, such as the World Village Festival on 27–28 May and the National Parade on 4 June.
Both of the protest camps relocated to the square in mid-February.

Demonstrators have been asked to vacate the Helsinki Railway Square by Monday, 22 May, 2017.

“The lease agreements for the square were signed before the demonstrators set up their camps. The city will honour its existing agreements,” says Timo Korhonen, the office manager responsible for land use at the Helsinki Public Works Department.

The protests have been the subject of, at times, heated during the course of the spring. Some policy makers have demanded that the protest camps be dismantled, while others have voice their support for the demonstrators.

The City of Helsinki points out in a press release that it has several other sites suitable for general assemblies and that it will provide the demonstrators with information about any bookings for other parks and squares to allow them to relocate to a new, suitable locatio

One of the most recognizable buildings in Sarajevo, the City Hall, was illuminated in purple color yesterday night to support the patients of Crohn’s disease.

The number of people who are suffering from disease increases from year to year, and it is particularly concerning the growing number of children.

On the occasion of World Day of Inflammatory Bowel Syndrome (IBD) under the parole “We Are Stronger Together”, the performance in front of the Sarajevo Canton Government was organized.

In Bosnia and Herzegovina (BiH) there are 1,600 people, 150 of whom are children up to 15 years old suffering of this disease.

The problem with this illnesses is that it is sometimes necessary for up to five years from the appearance of the first symptoms to diagnose the disease.

The mayor of Sarajevo Abdulah Skaka welcomed the participants and the director of the Merkur BH Insurance Borislav Doder marked the start of the race and handed the prizes to winners.

In his speech Skaka emphasized that the City of Sarajevo has been a member of the World Health Organization Network since 2007, whereby health is promoted as the greatest individual and common good.

“It is important to encourage everything that is in function of healthy and active life. To be successful in your mission, it is necessary to unite forces, we can do much more together on the physical and social dimensions,” Skaka said.

A good entertainment was provided by the local DJ performers, and the city lights in the night gave a special atmosphere in which runners so far had no chance to participate.

This is the first night race in the history of Sarajevo as well as the one in which Sarajevo’s mayor joined. Huge enthusiasm followed this sporty and socially responsible project, and this is witnessed by the numerous audiences who roamed the streets.

Buying a house in a Dutch city centre is possible only for those with substantial savings or those with rich parents, according to a report by the Netherlands central bank DNB, quoted by the NRC on Tuesday. People seeking housing in the large cities often need their own capital to buy, the DNB said. This is especially true in Amsterdam where buyers usually put up between €50,000 to €70,000 to buy a house or apartment. Since 2013, more than 25% of buyers paid in cash, without the need for a mortgage, the report said. The tight property market with very few housing units for sale combined with very low interest rates – whereby it does not pay to save – plays a major role, the report says. In addition there is very little in the upper end of the rental market available. In March, property research group Calcasa said the Keizersgracht in Amsterdam has 255 houses worth over €1m, making it the most expensive street in the Netherlands.

Coalition negotiator Edith Schippers said on Friday she would resume her efforts to put together a new Dutch government on Monday and urged all parties to think carefully about how they would like to proceed. Schippers told reporters in The Hague on Friday morning that she had met all the party leaders for new talks but that none of the suggestions for a new coalition could count on sufficient support, but said it was too early to speak of a deadlock. ‘This is why I have introduced a period of reflection, so that parties can meet internally to discuss their position and make changes to that position,’ she said. ‘Then on Monday we can continue with the exploratory talks.’ Talks on forming a new Dutch coalition government appeared to have reached a deadlock on Thursday evening after both D66 and the Socialists refused to budge on possible partners. The D66 Liberal democrats, considered so far a key part of the coalition alongside the right-wing VVD and the Christian Democrats, say there is no point in involving the ChristenUnie as a potential fourth partner. The Socialists have also refused to work with the VVD. PVV Meanwhile, PVV leader Geert Wilders has attacked VVD leader Mark Rutte for ‘going which ever way the wind blows’ and being willing to join forces with the SP. In an interview to be published in Saturday’s Telegraaf, Wilders says the PVV is the only party which will support the VVD’s wish for a tough policy on immigration. All the main parties ruled out forming a coalition with the anti-Islam party before the March 15 election after Wilders refused to withdraw anti-Moroccan comments. Two VVD ministers told broadcaster NOS on Friday that the ‘period of reflection’ did not mean that the VVD would now agree to work with the PVV. ‘It is completely clear to me that the VVD will not join up with the PVV,’ defence minister Jeanine Hennis said. The PVV emerged as the second party in the March 15 general election, winning 20 seats, compared with 19 for the CDA and D66 and 33 for the VVD. 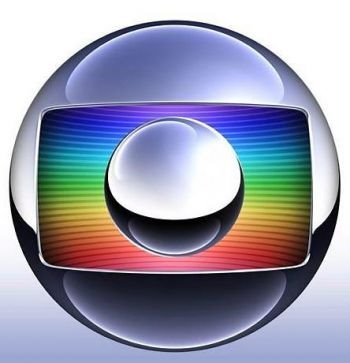