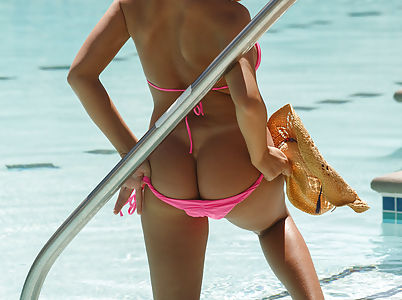 Gillett was named the Hyundai A-League 2016/17 Referee of the Year at the Dolan Warren Awards held at the Star Event Centre in Sydney last night.

“Once again Jarred has proven himself to be the best referee in the Hyundai A-League,” said Wilson.

“Like players, referees aim for a Grand Final appearance and Jarred’s appointment reflects his strong performances and professional attitude this season.

“Sunday’s refereeing team is the most experienced ever appointed with more than a dozen Hyundai A-League Grand Finals between them. They are very well prepared for what will be an extremely competitive match.”

Gillett was extremely proud to again be appointed to officiate the Hyundai A-League Grand Final.

“I’m humbled to receive this appointment and be a part of Sunday’s Grand Final,” Gillett said.

“My sincere thanks go to my fiancé, family, colleagues and the FFA referees department for their unrelenting support throughout the season.

“The refereeing team for Sunday will use our previous grand final experience to our advantage and we look forward to officiating in this Hyundai A-League season finale.”

They’re the last line of defence. And their sides have conceded fewer goals than any of the others this season.

Both men have played 27 games this season; only Perth Glory’s Liam Reddy has played more often among the competition’s goalkeepers.

Thomas has made 92 saves this season, the joint highest in the Hyundai A-League.

Vukovic is out on his own here.

The Victory man has saved 86% of the shots that have come his way.

No other goalkeeper has achieved an 80% success rate this season.

Thomas has also been very good, saving three of every four shots to lie second on the percentage charts with 75%.

It’s even harder to beat “Vuka” from outside the box.

He’s saved 92% of efforts from beyond the penalty area.

Thomas has been secure too, keeping out 82% of the long-range strikes fired his way.

Vukovic can thank his team-mates for limiting the chances to opposition players.

Sydney FC allowed just 239 shots at their goal this season, easily the fewest in the competition.

Victory were significantly more generous, allowing 392 shots at their goal.

Only Phoenix, Glory and the Mariners faced more shots than Victory.

Again, the Sky Blues were the best by some distance in this metric.

No other team faced fewer than 115.

Thomas and Victory were on the receiving end of 126 on-target efforts.

Congratulations to @vuka20, our rock between the posts, named @ALeague Goalkeeper of the Year for 2016/17!! #DolanWarren #SydneyIsSkyBlue pic.twitter.com/imUpEa3Pl1

This is part of the broader distribution of funds which also includes Member Federations, programs for the grassroots football community and our national teams as we head into a World Cup year.

In common with most national sporting organisations, the demand for funding from stakeholders is greater than the funds available.

FFA is making significant cuts to its own costs in order to make greater distributions to stakeholders.

The A-League clubs are being provided with an increase in cash funding of 26 percent.

While FFA acknowledges the clubs’ position, it has also pointed out that what is proposed is a 12 month arrangement while work continues to put in place a new ownership and operating model for the Hyundai A-League/Westfield W-League in order to achieve better financial returns for existing and new investors in the Leagues.

“It was hardly surprising that the owners of the clubs want more money,” said FFA Chief Executive David Gallop, “and we are providing them with more money after reducing FFA’s own costs significantly.

“But the FFA Board also has a responsibility to the 1.1 million participants in community football and our national teams program.

“The only way we can provide the clubs with more money is to cut more funding to the grassroots and junior and senior national teams and we do not believe that is in the interests of football in this country.

“We will continue to work on a new operating model which will change the investment returns for our owners, allow for new investors and new clubs while maintaining funding for the rest of the game. The fact is we recognise the need for a model that will lead to changes across the Hyundai A-League.

“The FFA places the highest importance on the Hyundai A-League and has funded its establishment and maintained its operations since 2004.

“The suggestion by the clubs that FFA will return less than 50 percent of the revenue generated by the clubs in the coming year is totally incorrect.  The reality is that FFA spending on the Hyundai A-League in 2017-18 closely matches revenue generated by the League when cash distributions and league operating costs such as team travel, player insurance and match officials which are paid for centrally are taken into account.

“If the Hyundai A-League was a stand-alone entity all of these costs would still need to be met. For this reason, the distribution communicated is affordable, without placing undue pressure on other areas of the game.”