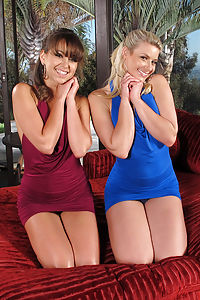 Sydney FC’s surge to greatness has continued with a commanding second half securing a 3-0 win over Melbourne City at Allianz Stadium on Saturday night.

Two Bobo goals either side of Alex Brosque’s 10th of the season moves Sydney within three points of surpassing Brisbane Roar’s record total for a Hyundai A-League season.

City, hoping to shore up third spot, came closest early when Bruno Fornaroli’s curling free-kick shaved the outside of the far post. Rhyan Grant almost gifted the visitors the opener with a misdirected touch soon after but the Sky Blues survived and found their best as the half wore on.

Ivan Franjic cleared a Grant chance off the line shortly after the restart before Brosque and Bobo broke the game open with two goals in seven minutes. City rarely threatened and conceded a third in stoppage time as Bobo bagged his brace, sealing the hosts’ 19th win of the season.

City allowed Zullo’s long throw to bounce and Brosque stole in at the near post to sweep home a smart finish.

2-0 Sydney: Bobo, 64’ Zullo drove into space on the left and unleashed a strike across goal which Bobo stretched to tuck home at the far post.

3-0 Sydney: Bobo, 90’ David Carney steadied on the right flank, looked up and delivered an outstanding cross for Bobo to charge onto at the far post.

Western Sydney Wanderers have continued their charge towards the Hyundai A-League Finals Series after an emphatic 3-0 win over disappointing Newcastle Jets on Saturday.

Defender Robbie Cornthwaite scored his first goals since his return to the Hyundai A-League with the Wanderers this season, scoring with two bullet headers in either half.

Winger Jaushua Sotirio scored the Wanderers other goal as Tony Popovic’s side made it three straight wins to jump up to fifth on the ladder.

The Jets probably enjoyed the better of the first half before the match swung just before the break as the visitors scored twice in the space of two minutes.

It was another poor outing from the Jets, who were looking to rebound after their 5-0 loss to Wellington Phoenix last weekend.

Mark Jones’ side has now fallen to ninth on the table ahead of next weekend’s F3 Derby against Central Coast Mariners.

The ball made its way out to Nico Martinez on the left and he drove into the box before dinking over an excellent cross, which was perfect for Cornthwaite to pounce with a clinical header

Jack Clisby’s lofted free-kick was flicked on by Jumpei Kusukami with the outside of his foot. The ball fell perfectly into Sotirio’s path and his volley was too powerful for keeper Jack Duncan to keep out.

Martinez’s in-swinging corner was met at the far post with another towering header from Cornthwaite which gave Duncan no chance.

The Jets butchered a great chance to take the lead just after the half hour mark when Morten Nordstrand opted to pass to Andrew Nabbout instead of going for goal himself when one-on-one with the keeper. Scott Neville cleared the danger and just a few minutes later the Wanderers went in front at the other end to take control.