ABS-2A, a 702 satellite, will deliver in-home communications services across areas of Asia, Africa and Russia

“We have completed our three-satellite build investment in launching three satellites in three consecutive years, including ABS-2 in 2014 as well as Boeing’s ABS-3A in 2015 and ABS-2A in 2016,” said Tom Choi, CEO of ABS. “ABS-2A is the latest high-capacity satellite providing expansion and continuity of satellite services at ABS’ prime gateway over the Indian Ocean region. It is located with ABS-2 at our premium neighborhood at 75°E optimized for video services for growing television community access and direct-to-home businesses.”

All-electric satellites can be launched as pairs, as ABS-2A was in June 2016. This improves efficiency and affordability for the customer.

“This latest delivery reaffirms our leadership with all-electric propulsion,” said Mark Spiwak, president, Boeing Satellite Systems International. “Our ability to stack and join the satellites using our patented design enables our customers to minimize the costs associated with launching a single satellite.”

The Boeing Company [NYSE: BA] reported fourth-quarter revenue of $23.3 billion with GAAP earnings per share of $2.59 and core earnings per share (non-GAAP)* of $2.47 reflecting overall solid execution on production programs and services (Table 1).

“With solid fourth quarter operating performance and a sharp strategic focus, we extended our aerospace market leadership in our centennial year and positioned Boeing for continued growth and success in our second century,” said Chairman, President and Chief Executive Officer Dennis Muilenburg.

“We led the industry in commercial airplane deliveries for the fifth consecutive year, achieved healthy sales in our defense, space and services segments, and produced record operating cash flow, which fueled investment in innovation and our people and generated significant returns to shareholders.”

“Looking forward, our team is intent on accelerating productivity and program execution to deliver increasing cash and profitability from our large and diverse order backlog of nearly $500 billion, standing up our new integrated services business, and capturing an even greater share of the the growing global aerospace market to deliver superior value to our customers, shareholders and employees.”

Operating cash flow in the quarter of $2.8 billion was driven by solid operating performance, disciplined cash management, and a slight impact from timing of receipts and expenditures (Table 2). During the quarter, the company repurchased 3.7 million shares for $500 million and paid $672 million in dividends. For the full year, the company repurchased 55.1 million shares for $7.0 billion and paid $2.8 billion in dividends. Based on strong cash generation and confidence in the company’s outlook, the board of directors in December increased the quarterly dividend per share by 30 percent and renewed the share repurchase program to $14 billion. Share repurchases under the new authorization are expected to be made over the next 24 to 30 months.

Total company backlog at quarter-end was $473 billion, up from $462 billion at the beginning of the quarter, and included net orders for the quarter of $32 billion.

During the quarter, Boeing delivered the 500th 787 Dreamliner and began final assembly of the first 787-10 aircraft. The 737 program has captured more than 3,600 orders for the 737 MAX, including recent 737 MAX 8 orders from GE Capital Aviation Services for 75 airplanes and SpiceJet for 100 airplanes.

Backlog at Defense, Space & Security was $57 billion, of which 37 percent represents orders from international customers.

We supplement the reporting of our financial information determined under U.S. generally accepted accounting principles (GAAP) with certain non-GAAP financial information. The non-GAAP financial information presented excludes certain significant items that may not be indicative of, or are unrelated to, results from our ongoing business operations. We believe that these non-GAAP measures provide investors with additional insight into the company’s ongoing business performance. These non-GAAP measures should not be considered in isolation or as a substitute for the related GAAP measures, and other companies may define such measures differently. We encourage investors to review our financial statements and publicly-filed reports in their entirety and not to rely on any single financial measure. The following definitions are provided:

This press release contains “forward-looking statements” within the meaning of the Private Securities Litigation Reform Act of 1995. Words such as “may,” “should,” “expects,” “intends,” “projects,” “plans,” “believes,” “estimates,” “targets,” “anticipates,” and similar expressions generally identify these forward-looking statements. Examples of forward-looking statements include statements relating to our future financial condition and operating results, as well as any other statement that does not directly relate to any historical or current fact. Forward-looking statements are based on expectations and assumptions that we believe to be reasonable when made, but that may not prove to be accurate. These statements are not guarantees and are subject to risks, uncertainties, and changes in circumstances that are difficult to predict. Many factors could cause actual results to differ materially and adversely from these forward-looking statements. Among these factors are risks related to: (1) general conditions in the economy and our industry, including those due to regulatory changes; (2) our reliance on our commercial airline customers; (3) the overall health of our aircraft production system, planned production rate increases across multiple commercial airline programs, our commercial development and derivative aircraft programs, and our aircraft being subject to stringent performance and reliability standards; (4) changing budget and appropriation levels and acquisition priorities of the U.S. government; (5) our dependence on U.S. government contracts; (6) our reliance on fixed-price contracts; (7) our reliance on cost-type contracts; (8) uncertainties concerning contracts that include in-orbit incentive payments; (9) our dependence on our subcontractors and suppliers, as well as the availability of raw materials, (10) changes in accounting estimates; (11) changes in the competitive landscape in our markets; (12) our non-U.S. operations, including sales to non-U.S. customers; (13) potential adverse developments in new or pending litigation and/or government investigations; (14) customer and aircraft concentration in Boeing Capital’s customer financing portfolio; (15) changes in our ability to obtain debt on commercially reasonable terms and at competitive rates in order to fund our operations and contractual commitments; (16) realizing the anticipated benefits of mergers, acquisitions, joint ventures/strategic alliances or divestitures; (17) the adequacy of our insurance coverage to cover significant risk exposures; (18) potential business disruptions, including those related to physical security threats, information technology or cyber-attacks, epidemics, sanctions or natural disasters; (19) work stoppages or other labor disruptions; (20) significant changes in discount rates and actual investment return on pension assets; (21) potential environmental liabilities; and (22) threats to the security of our or our customers’ information.

Additional information concerning these and other factors can be found in our filings with the Securities and Exchange Commission, including our most recent Annual Report on Form 10-K, Quarterly Reports on Form 10-Q and Current Reports on Form 8-K. Any forward-looking statement speaks only as of the date on which it is made, and we assume no obligation to update or revise any forward-looking statement, whether as a result of new information, future events, or otherwise, except as required by law.

The Boeing Company and Subsidiaries
Reconciliation of Non-GAAP Measures
(Unaudited) 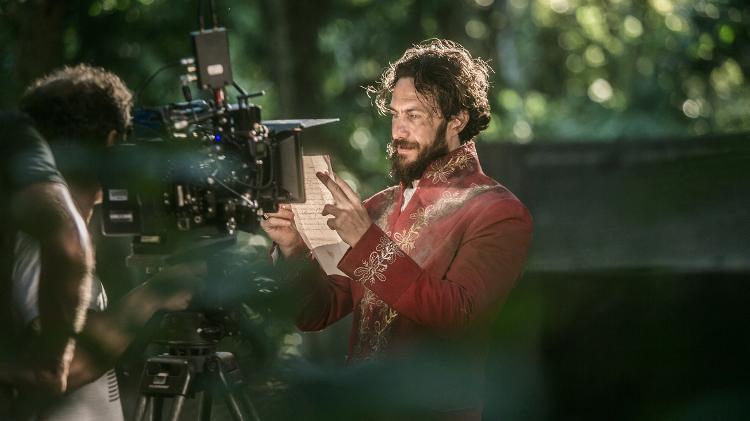