Staff writer
Football Federation Australia (FFA) and NAB, together with Sydney FC are proud to announce Brandon O’Neill as the October nominee for the Hyundai A-League, NAB Young Footballer of the Year 2016/17 Award.

The nomination is O’Neill’s first nomination for the NAB Young Footballer of the Year Award.

O’Neill’s outstanding performances in the opening four rounds of the Hyundai A-League 2016/17 are a major reason that Sydney FC have maximum points so far. In addition his free kick against the Western Sydney Wanderers FC at the Sydney Derby is already a contender for goal of the year.

“It is a massive honour to be recognised as the NAB Young Footballer of the Year for the month of October.  I’d like to thank all my team mates because without them and all of their hard work, I wouldn’t have gained this recognition,” said O’Neill.

“It has been a great start to the season and it’s very enjoyable to be part of a team playing great football, and also to be mixing with a group of friends who get on very well off the field as well as on it.”

O’Neill is the first player to be nominated for the Hyundai A-League, NAB Young Footballer of the Year 2016/17 Award.

The Hyundai A-League NAB Young Footballer of the Year 2016/17 will be announced at the Dolan Warren Awards Night.

Maryana Andrew, NAB Joondalup Branch Manager said she is delighted to see the NAB Young Footballer of the Year Award continue to unearth the stars of tomorrow.

“We congratulate Brandon on his nomination and look forward to watching his development and growth on the football field in the years to come,” said Ms. Andrew.

“We are also pleased to recognise Brandon’s nominated junior club, ECU Joondalup and hope that our support will help the club to continue developing the game at a local grassroots level.”

NAB has generously donated a $1,500 NAB Club Recognition Award to Brandon’s nominated junior club, which includes a range of equipment along with a financial reward.

The overall winner of the Hyundai A-League, NAB Young Footballer of the Year 2016/17 Award will receive a $10,000 personal investment portfolio, along with a NAB Private Client Manager to assist with a range of banking and financial services.

“As a supporter of the NAB Young Footballer of the Year Award, we are proud to play an important role in identifying and rewarding the future stars of the game. Who knows, we may even see some of the nominees donning the boots for the Socceroos in the future,” Ms Andrew continued.

Each month representatives from the FFA Technical department vote on a 3-2-1 basis for the most outstanding U-23 players in the Hyundai A-League during that period.

Competition to find this season’s best young male and female players will officially commence on Thursday when the first nominee for the NAB Young Footballer of the Year 2016/17 Award is named.

The NAB Young Footballer of the Year Award will recognise the best young player of the year for the regular season in the Hyundai A-League and Westfield W-League.

Each month a panel of experts and media representatives will nominate a candidate based on their club performances – which will be backed up by some revealing Opta statistical analysis.

At season’s end the judges will vote for an overall winner on a 3-2-1 points basis from the pool of monthly nominees.

Fans will also be given the opportunity to have their say, with the overall winners to be announced at the annual  Dolan Warren Awards Night.

The competition is open to Australian and New Zealand players, aged 23 and under from the men’s game and 19 and under for the female award.

A NAB representative will provide the two winners with a $10,000 personal investment portfolio from NAB and a NAB Private Client Manager to assist with a range of banking and financial services.

Brisbane Roar striker Jamie Maclaren, who was named in the latest Caltex Socceroos squad on Wednesday, was last season’s A-League recipient, while Larissa Crummer was named the inaugural W-League winner.

Football Federation Australia (FFA) has been informed this morning by the Asian Football Confederation (AFC) and the Football Association of Thailand that the Thai Cabinet has lifted restrictions on entertainment activities including sporting events from 14 November 2016 following the passing of His Majesty King Bhumibol Adulyadej.

The decision means restrictions on supporters in and around the stadium for the Thailand v Australia 2018 FIFA World Cup Qualifier on 15 November at the Rajamangala National Stadium in Bangkok have been lifted following the completion of the first 30 days of mourning.

It is important to note that the decision of the Thai Cabinet is in force from 14 November and does not include the days leading into the match.

The official notification from the Football Association of Thailand and AFC states: “All supporters attending the above-mentioned match shall dress in polite manner as they see appropriate, use cheering equipment, show symbols and bring banners inside the stadium, sing cheering songs and appropriately conduct joyful activities both inside and surrounding areas of the stadium”.

FFA supports the decision but also stressed the Caltex Socceroos would continue to show the appropriate respect while in Thailand.

“FFA has today been informed that the restrictions on entertainment activities including sporting events have been lifted for the World Cup Qualifier following the completion of the first 30 days of mourning,” said FFA CEO David Gallop.

“While supporting and respecting the decision, FFA will still continue to show respect following the passing of His Majesty King Bhumibol Adulyadej while in Thailand and asks Socceroos supporters to show the appropriate respect leading up to the match and inside the stadium.

“We have been liaising on a daily basis with the Australian Embassy and the Football Association of Thailand to ensure our players, staff and fans are aware of the sensitive nature of the mourning in Thailand and although these restrictions have been lifted for matchday we will continue with plans to respect the people of Thailand.”

Plans have been put in place for the Caltex Socceroos delegation to attend a number of events to pay their respects to His Majesty King Bhumibol Adulyadej while all travelling members of the Australian delegation have been briefed on the sensitivities.

In addition, a member of the FFA Fan Engagement team will travel to Bangkok to work with Embassy staff to help supporters understand and appreciate the situation.

“FFA is committed to ensuring that all members of the Caltex Socceroos delegation are aware of their responsibilities while in Thailand and we will also share information with registered tour groups who will be taking fans to Bangkok for the match,” Gallop said.

“We had arranged for a member of our staff to work with Embassy staff on matchday and although the restrictions have been lifted we will continue with that plan.”

The match will be broadcast LIVE on Fox Sports and the Nine Network.

Qantas is pausing its Airbus A330 refurbishment program as the airline considers whether to extend the leases of two A330-200s.

The A330-200s – VH-EBL and VH-EBG – are the two remaining aircraft in the fleet of 10 A330-300s and 18 A330-200s yet to be fitted with new Thompson Aero Seating business class seats, an updated economy cabin and new Panasonic inflight entertainment systems throughout the cabin.

Instead, the pair of Airbus widebodies have angled lie-flat SkyBeds in business class in a 2-2-2 configuration and previous generation Rockwell Collins seat-back inflight entertainment (IFE).

Australian Aviation understands that because the leases on the two aircraft are close to expiry, Qantas has taken the opportunity to re-evaluate its widebody fleet needs for the period ahead.

While no decision has been made either way, the move to pause the A330 refurbishment program to mull over the future of these two aircraft highlights the ongoing softness in the resources sector, given the A330-200s are predominantly used on domestic trans-continental routes between Perth and Australia’s east coast capitals.

As Qantas has reduced widebody operations out of Perth, it has redeployed aircraft onto international routes. The most recent examples are a return to Sydney-Beijing from January 2017using A330-200 equipment and a resumption of Melbourne-Tokyo Narita nonstop flights from December.

Further, the impending arrival of Boeing 787-9s from October 2017 and what routes the aircraft might eventually be used on – ultra long-haul flights such as Perth-London, Melbourne-Dallas/Fort Worth and Sydney-Chicago have been regularly mentioned as potential new services with the Dreamliner – has also given Qantas top brass the opportunity to reconsider how many A330s will be required.

Both aircraft are less than 10 years old – VH-EBG rolled off the Airbus production line at Toulouse in late 2007, with VH-EBL following about a year later. Should Qantas decide the pair is required for its future network, the aircraft would then be reconfigured with the same cabin products and amenities that passengers currently experience on the rest of the A330 fleet.

In 2015, Qantas returned two A330-200s – ex-VH-EBH and ex-VH-EBI – to CIT Aerospace upon the expiry of their leases, with the aircraft acquired by the Royal Australian Air Force for conversion to KC-30A tanker-transports. The conversion is being conducted by Airbus Defence and Space at Getafe, Spain.

It is a similar story at Virgin Australia, which is also planning to take some widebody flights off the Perth route. The airline will launch Perth-Abu Dhabi nonstop flights from June 2017 as part of a significant shakeup of its long-haul network. The three-times weekly service was expected to result in about 3.5 fewer return services a week between Perth and the east coast. And there could be more A330-200s redeployed internationally should Virgin chose the type for its launch of Hong Kong and Beijing services, also due to begin from June 2017.

“Redeploying widebody aircraft from the domestic Australian market has been a priority following the downturn in the resource boom that was concentrated in Perth and drove widebody service between Perth and cities in eastern Australia,” aviation thinktank CAPA – Centre for Aviation wrote in a research note dated September 28.

“The resource boom coincided with a capacity war between Qantas and Virgin that has since subsided. Qantas has moved faster and more deeply to reduce domestic widebody services in both East-West and Triangle markets.” 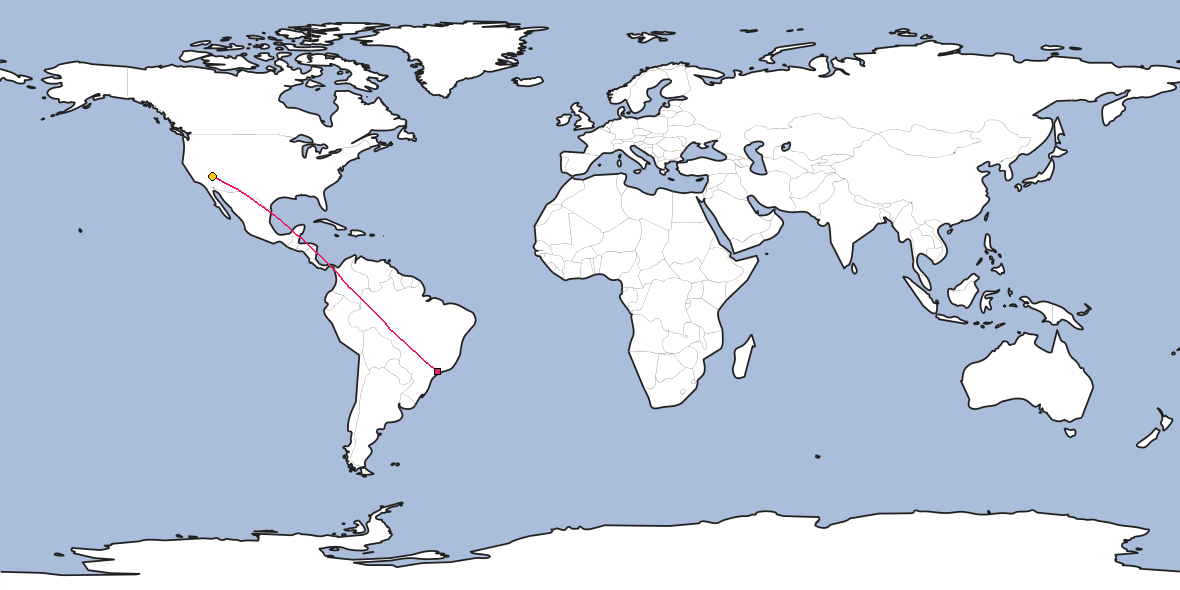 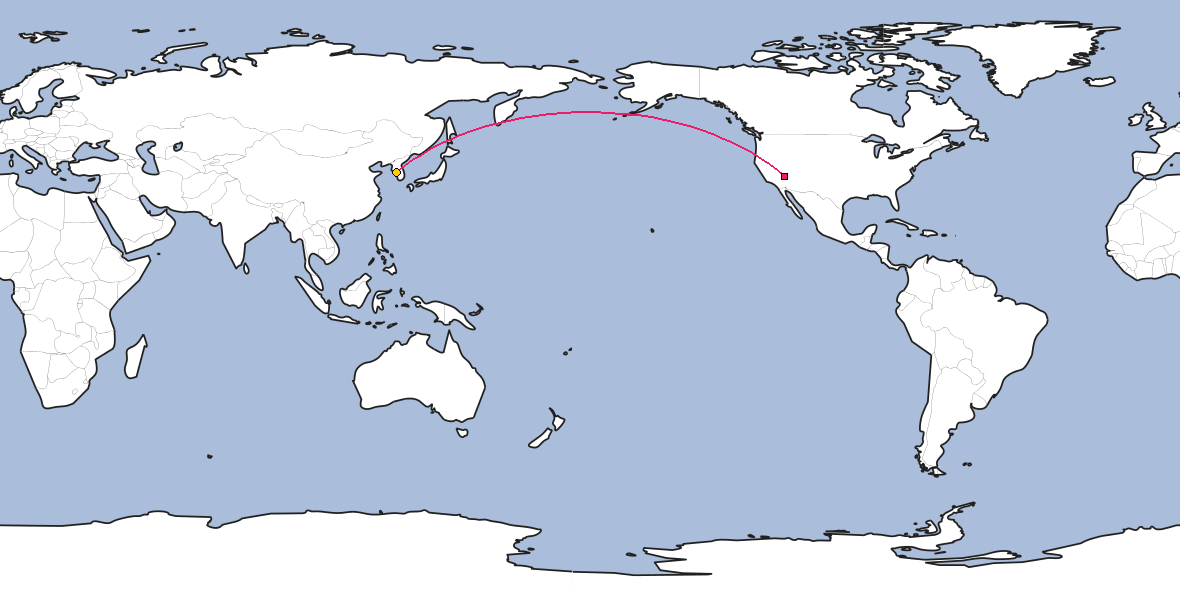