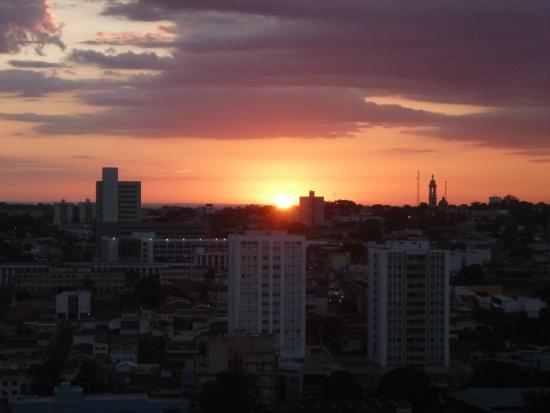 The F-35A Lightning II is the only aircraft able to meet Australia’s strategic needs, an inquiry by a Senate committee examining the acquisition has concluded.

However, the Foreign Affairs, Defence and Trade References Committee stated in its inquiry report that it “retains a healthy scepticism” about assurances from Defence regarding cost, schedule and capability, and expressed concern that program delays might create a capability gap.

“Considering the history of significant changes to the acquisition schedule over the life of the F-35 program, including the recent re-baselining, together with the limited scope and considerable cost to further extend the life of the classic Hornet fleet, the committee considers it prudent for Defence to develop a hedging strategy to mitigate the risk of a capability gap resulting from further delays,” the report says.

The committee notes that ASPI advised that the most sensible such strategy would be to order another tranche of F/A-18F Super Hornets, with any such decision to be made by 2019 at the latest.

“ASPI explained that this would be the best option as no other fifth-generation aircraft is available on the world market; most if not all of the fixed costs of acquiring the Super Hornet have already been borne; and any other type of aircraft would bring with it new supply chains, and flight and ground crew training requirements, putting strain on the RAAF’s capacity to absorb the several other new types of aircraft in the pipeline,” the report notes.

The committee also expressed concern about the potential for other countries to be prioritised over Australia in the provision of repair parts and the development of software, recommending that Defence develop a sovereign industrial capability strategy to ensure that aircraft can be supported without excessive reliance on others.

And the committee recommended that the government should strive to see Australia established as the Asia-Pacific maintenance and sustainment hub for the F-35.

Minister for Defence Industry Christopher Pyne recently met Secretary of Defense Ashton Carter during a visit to the US, highlighting Australia’s potential as a regional hub for the maintenance of F-35 components.

One of the two additional Airbus A330-200s being converted into KC-30A tanker transports for the Royal Australian Air Force is set to be modified with a VIP interior to support long-range government transport needs, Defence has confirmed.

“In addition to its primary role as an air-to-air refueller, the aircraft will provide the secure communications capability, range and passenger capacity to support long-range travel required to enable international engagement with our partners in, for example, North America, Europe and north Asia,” a Defence spokesperson told Australian Aviation sister publication Australian Defence Business Review.

“The modified aircraft will support long-range government transport with accommodation, meeting facilities and communications to allow conduct of normal business in transit.”

The government approved Project AIR 7403 Phase 3 for the acquisition of two additional KC-30As in June 2015. These two aircraft – secondhand ex-Qantas aircraft – will be converted to tanker configuration by Airbus Defence and Space at Getafe, Spain through this year and next.

Further approval to progress the program to modify one of these aircraft to support long-range government transport was granted on February 12 this year. And then on August 3, a contract was signed with Airbus for the modification work on one KC-30A, which includes a government transport and communications capability.

“Detailed design for the modification is ongoing,” the spokesperson said. “However, in broad terms the capability will provide accommodation, secure communications, a meeting room, a working area and airline-style seating.

“The modified aircraft would retain its refuelling capability to respond to Australian Defence Force needs, such as Operation Okra in the Middle East, but will also have the flexibility to conduct long-range government transport.”

The ‘Air-to-Air Refuelling Aircraft – Government transport and communications capability’ program, as outlined in the Integrated Investment Program, is valued at $190 million.

Airbus Defence and Space has subcontracted the government transport modifications to Lufthansa Technik in Hamburg. The capability is scheduled to be delivered in 2019.

Qantas says its has received more than 500 applications, including from as far away as Europe, in its external pilot recruitment drive ahead of the arrival of the Boeing 787-9 in October 2017.

In February, Qantas announced plans to hire 170 new pilots over the next three years to support growth on the back of a firm order of eight Dreamliners that was confirmed August 2015.

It is the oneworld alliance member’s first significant recruitment of pilots since 2009.

Qantas said the range of applicants covered experienced Airbus and Boeing pilots to graduates seeking their first job. While the 500 applications were mainly from Australia, people from New Zealand and Europe also put their hat in the ring.

Following the selection process, the new recruits were expected to begin Qantas training in January 2017 and be flying by May that year.

The airline said the bulk of the new hires would commence their Qantas career as second officers on the Airbus A330 fleet, which fly domestically and to Asia and Honolulu.

“I’m delighted that we have been able to create opportunities for our current flight crew this year and now can open up the doors to aspiring Qantas pilots,” Qantas chief pilot Dick Tobiano said in a statement.

“We’re encouraging pilots across the industry and across the world to apply for a role with Qantas.

“The applicants that meet the Qantas standard will join the world’s most trusted group of pilots.”

Prior to seeking applications from the wider aviation community, the company also held an internal recruitment program where QantasLink pilots were also invited to apply to move across to the “mainline” Qantas jet fleet.

As a consequence, QantasLink would be seeking pilots as “backfill”. Qantas said its low-cost carrier unit Jetstar was also recruiting for A320 and 787 pilots.