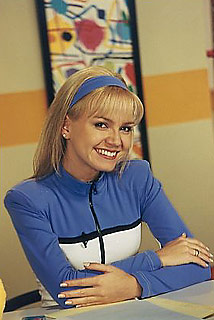 RIO DE JANEIRO – Tokyo took center stage as Rio de Janeiro handed over the Olympic flag to the 2020 host city at a rain-lashed but joyous closing ceremony for the Rio Games on Sunday.

Prime Minister Shinzo Abe is seen on stage after entering the venue dressed as the video game character Mario at the 2016 Summer Olympics closing ceremony in Rio de Janeiro on Sunday. | REUTERS

“The prime minister coming up the pipe was very nice. I think it was the best part of the whole ceremony.”

Tokyo gave its presentation, produced by the stage directors for pop group Perfume, among others, as Rio prepared to bring the curtain down on the first Olympic Games ever to be held in South America.

Abe and Mario appeared in a video segment on the big screens before the prime minister emerged in person from the pipe, briefly dressed like the video game character and holding a red ball.

A gymnastics team from Aomori University then performed with computer-generated imagery to showcase Japan’s technology to the world, before Abe handed the ball to two-time double Olympic gold medal-winning swimmer Kosuke Kitajima to loud cheers from the crowd.

“Mario is a part of our childhood,” said Camargo. “He’s very popular in Brazil. Everyone likes him. I think the whole ceremony was good but that was amazing.”

Rio bid farewell to an Olympic Games that has widely been hailed as a success despite misgivings over the city’s high crime rate and concern at how a country laden with economic problems can afford to pay the estimated $12 billion bill.

Bach declared the games closed with a nod to the political situation that has seen Brazilian President Dilma Rousseff suspended amid impeachment proceedings, and thanked the 10-athlete refugee team that competed at Rio 2016 under the Olympic flag.

“During these last 16 days, a united Brazil entertained the world with unforgettable and emotional moments of pure happiness despite the rather difficult surrounding environment,” said Bach.

“You have many reasons to be happy. These Olympic Games demonstrated that diversity is a priceless asset. The Rio Games granted us the opportunity to celebrate diversity. Our Olympic values created unity within this diversity.

“Thank you, dear refugee athletes. You have inspired us with your talent and human spirit. You are a symbol of hope to the millions of refugees in the world. We will continue to stay at your side after these Olympic Games.”

The closing ceremony paid tribute to Brazil’s arts and music, featuring samba, drumming and a carnival atmosphere that held up despite strong winds and rain battering the partially covered stadium.

The Brazilian national anthem was sung by 27 children forming the stars on a giant rendering of the country’s flag, and the Olympic flame was extinguished as singer and actress Mariene de Castro performed in front of the eco-conscious cauldron.

“Throughout our bid to host the 31st Olympiad, we always said that Rio was ready, and we can now declare it,” said Rio 2016 Organizing Committee President Carlos Nuzman. “We did it. We made it.

“Rio has made history. The city displayed not only its beauty, but also its capacity to host the biggest sporting event in the world. Rio has been renovated, transformed. It was seven years of a lot of struggle and work, but it was worth it. Every minute.

Brazilian Interim President Michel Temer did not attend after he was loudly booed at the opening ceremony.

VOTOS A FAVOR DO IMPEACHMENT

ST. LOUIS, August 22, 2016 – Boeing [NYSE: BA] has delivered to the Republic of Korea an Apache Longbow Crew Trainer that the country’s Army air crews will use to prepare for the AH-64E Apache Guardian helicopters that Boeing begins delivering later this year.The system uses the Apache’s flight software and matured flight and avionics simulation models to create an accurate training environment that increases mission readiness.

“The AH-64 Apache helicopter is a critical force multiplier to the U.S. Army and customers around the world,” said Randy Nielson, U.S. Army Apache Program Management Office lead for operator training devices. “The Longbow Crew Trainer is an invaluable asset that will enable Korean Army AH-64 aviators to train and sustain aircraft systems, flight and tactical tasks, increasing their combat effectiveness while reducing risk to the soldier.”

Boeing will provide two years of training and maintenance on the system. The delivery completes one portion of South Korea’s $1.6 billion order for 36 Guardian helicopters and training and logistical support.

“As the original equipment manufacturer, Boeing is uniquely positioned to offer customers the most comprehensive and immersive training systems available for our platforms,” said Dwight Brandon, Apache Training Systems program manager. “Customers know that Boeing can help them train their people and support their aircraft to affordably maintain mission readiness for many years.”

In 2016 Boeing celebrates 100 years of pioneering aviation accomplishments and launches its second century as an innovative, customer-focused aerospace technology and capabilities provider, community partner and preferred employer. Through its Defense, Space & Security unit, Boeing is a global leader in this marketplace and is the world’s largest and most versatile manufacturer of military aircraft. Headquartered in St. Louis, Defense, Space & Security is a $30 billion business with about 50,000 employees worldwide. Follow us on Twitter: @BoeingDefense.