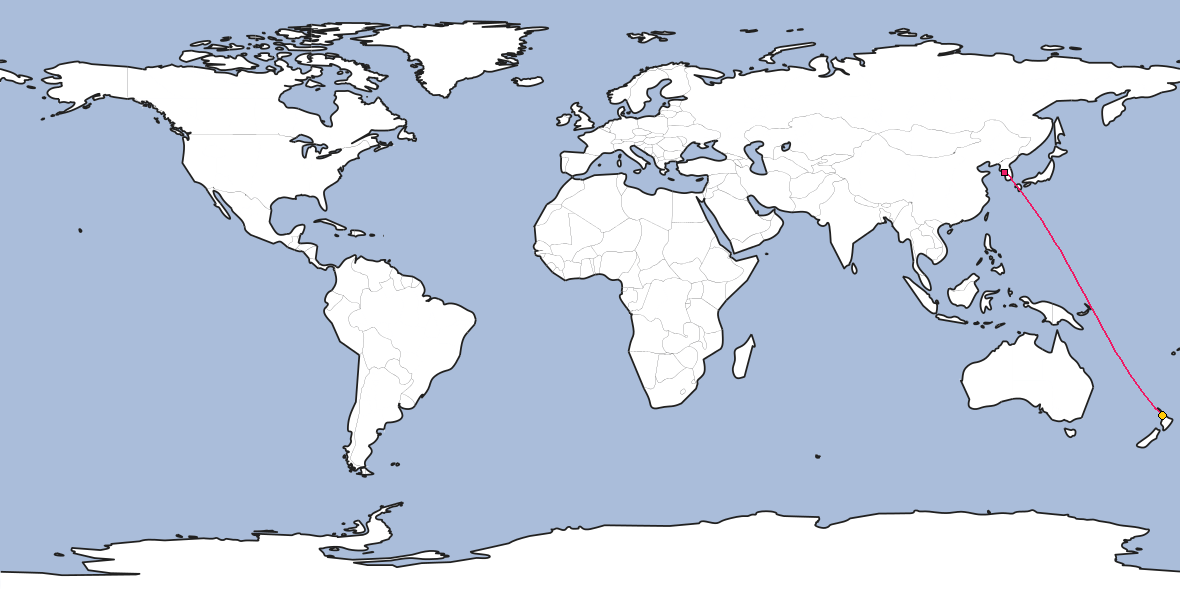 Finnair’s Australian boss Geoff Stone says stopping over in Asia on the way to Europe is coming back into favour amid geopolitical tensions in the Middle East.

Although Finnair does not serve this market with its own aircraft, the airline has codeshare arrangements with British Airways, Cathay Pacific and Qantas, as well as interline agreements with Japan Airlines, to take passengers from Australia to Asia, where they transfer onto Finnair’s services to Helsinki and beyond.

And Stone says connections through Asian points such as Singapore and Hong Kong have been on the rise in recent times, helping boost Finnair’s sales in Australia.

“I have often heard this comment that ‘I’ve been to Dubai many times now and I am a little bit bored by it or the shopping is no cheaper than Australia and I have more options within Asia’.

“We are getting a lot of repeat customers and people have no problem with going to Europe once a year these days.”

While the total market for Australians travelling to Europe was up about four per cent in the first three months of 2016, Finnair reported a 20 per cent increase in bookings from this part of the world, compared with the prior corresponding period.

Further, the airline was the only offline carrier included in the federal government’s air travel services panel, meaning it can capture a slice of the roughly $420 million in travel that politicians and public servants undertake each year.

Finnair has also been named Best Offline International Carrier at the Australian Federation of Travel Agents’ National Travel Industry Awards for the past three years.

“I think Finnair Australia is somewhat bucking the trend in terms of what sort of increases we are experiencing compared to the market as a whole,” Stone says.

“In this market, of recent times we have somewhat taken over the mantle as the largest offline carrier.”

Stone describes the inclusion on the government’s 18-airline list as a “huge vote of confidence” in the airline.

Read more about Finnair in the June edition of Australian Aviation, on sale now.

Cathay Pacific has boosted the strength of its Hong Kong hub with the reopening of business class lounge “The Pier” as it takes the fight up to its rivals for premium passengers amid sluggish market conditions.

Following the upgrade, The Pier business class lounge has been expanded by 1,000 square metres (to 3,306 square metres) has enough seating for 550 people. Located in the north-west part of the airport, it is the airline’s largest lounge.

The refurbished Pier, designed by London-based Studioilse, features Cathay’s signature noodle bar as well as showers, workstations and a tea house. It aims to replicate elements of Hong Kong street life, “albeit elevated to a more luxurious standard, to give a distinctly Hong Kong identity to the lounge offering”, Cathay said.

It is the latest facility in Cathay’s lounge network to get an upgrade, following the opening of refreshed lounges in external ports such as Bangkok, Manila, Tokyo (Haneda) and Vancouver in recent times, as the airline faces competition for premium travellers from the likes of Singapore Airlines and the rise and rise of China’s big three – Air China, China Eastern and China Southern.

“The number of passengers carried decreased compared to the same month in 2015, despite more capacity being operated, which resulted in another drop in load factor,” Hwang said in a statement.

“April figures received a boost from Easter returning traffic and the beginning of travel for the Labour Day holidays in China, but overall we are not seeing the high volumes we saw last year. Pressure on yield remains, with competition increasing and premium demand continuing to fall short of expectations.”

The oneworld alliance member, which serves Adelaide, Brisbane, Cairns, Perth, Melbourne and Sydney with a mix of Airbus A330-300 and Boeing 777-300ER equipment, will also get a boost to both its passenger offering and bottom line at the end of May, when it was due to receive the first of 22 new generation, fuel efficient Airbus A350-900s on order.

The A350-900s, will be configured with business, premium economy and economy, were expected to feature new seats and on board internet.

Cathay has announced previously Dusseldorf and London (Gatwick) were the first two long-haul destinations for the A350-900, with Auckland also expected to receive the type before the end of 2016.

Recent reports said Cathay chief executive Ivan Chu has initiated some cost-cutting measures such as cuts to non-essential discretionary expenditure, a hiring freeze for non-essential personnel and a review of operational budgets.

Curtir Carregando...
por antoniodavirolanddebrito
Caltex Socceroo striker Robbie Kruse is back in a positive mindset after a horror tackle last time out for the national team threatened to derail his career yet again.

Kruse, 27, says he feels lucky he only had ten days out after a shocking tackle against Jordan in the second half had him in agony on the Allianz Stadium surface in Sydney.

Till that point the Bayer Leverkusen striker had tormented Harry Redknapp’s Jordan with the Socceroos going on to 5-1 win in World Cup qualification on March 29.

It could’ve been much worse for a player who knows all about long-term injuries having been unlucky enough to have suffered more than his fair share.

“It was a very positive outcome [being out for 10 days].

“It was a difficult time but it gives me great confidence that my body can handle stuff like that,” Kruse told reporters on Tuesday in Sunderland.

“I was really happy with my performance [against Jordan].

“And I’ve played a lot more games with Bayer [Leverkusen] at the end of the season and I’ve performed quite well so hopefully I can carry that into the game on Friday [Saturday morning Australian time].

“I feel really, really fit. Going by my results in my GPS I was top notch in my last Leverkusen game and in the last game for the Socceroos I was really good.

“That’s the basis for me to know I’m at a top standard in my fitness… my game’s based on working hard and making a lot of runs, deep runs, and I felt my speed is back to where it was before my first injury.”

Kruse says performance and a favourable result are the aims going into Friday night’s friendly with England at Sunderland’s Stadium of Light.

“Obviously we take great pride in our performances in how we play and how we win.

“The boss has implemented that so hopefully we can play an attractive style and hopefully the result comes with it.”

And after six years in Germany and one year left on his Leverkusen contract, an eye-catching display against the English could be the catalyst for a future move away from Germany.

“It’s a massive window for all of us this game [against England] to show what we’re capable of individually and as a team.

“Germany is a big part of my career and I’ve loved it there. But obviously I’m open to another adventure.”

The Socceroos trained on Monday at Sunderland’s Academy of Light and have been through a couple of video sessions since starting this week’s camp.

“There are a lot of new faces. Hopefully they’re getting used to the style we want to play.”

Friday night’s friendly at the 46,000-capacity Stadium of Light is sold out.

Mark Bresciano is urging fans to get behind the Pararoos.

Football Federation Australia (FFA) today announced a fundraising drive, in partnership with the Australian Sports Foundation (the Sports Foundation), to help the Pararoos qualify for the CPISRA World Cup in 2019.

Football Federation Australia (FFA) today announced a fundraising drive, in partnership with the Australian Sports Foundation (the Sports Foundation), to help the Pararoos qualify for theCPISRA World Cup in 2019.

The Pararoos, Australia’s national team for players with cerebral palsy and other neurological disorders, including stroke and traumatic brain injury, need $160,000 by 30 June to help fund their trip to the 2017 World Championship qualifying tournament in Denmark in July this year.

The Pararoos will compete with 15 other nations in Denmark for the remaining eight spots available for the World Championship next year and seek to progress to the next qualification stage for the 2019 World Cup.

In 2014, the Pararoos lost their funding from the Australian Sports Commission (ASC) under the Winning Edge policy where Olympic and Paralympic teams are allocated funding based on their likely medal prospects. While the Pararoos were ranked 11 in the world, this was insufficient to secure ongoing funding.

FFA CEO David Gallop said a target of $350,000 per annum has been established to fund an annual program for the Pararoos, including an immediate $160,000 to fund the team to play in Denmark in July.

“FFA has already supported the Pararoos with over $250,000 in funding this year, but there are many projects which are currently beyond the FFA’s operational and budgetary limits,” said Gallop.

“A target of $350,000 per annum has been established by the FFA to fund the Pararoos program. Working with the Sports Foundation will help the FFA generate funds to assist programs such as the Pararoos.”

“The Pararoos are  an inspiring group and wonderful ambassadors for football,” said Gallop. “I commend the Sports Foundation for their commitment to the Pararoos and the ongoing effort to help football achieve great things by matching generous donors to very worthwhile activities.

“Football is the biggest participation sport in Australia and we are now calling on the philanthropic and football communities to stand with the Pararoos and help them continue to represent Australia at the highest level.”

Sports Foundation CEO Patrick Walker said it was vital $160,000 is raised for the Pararoos to compete in the July qualifying tournament.

“If the Pararoos program is abolished, it will be a severe blow for the hundreds and thousands footballers with a disability who aspire to become a Pararoo, just like the countless other boys and girls who aspire to be a Socceroo or a Matilda,” said Walker.

“Everyone can donate to the Pararoos – businesses, football fans and everyday Australians. Money raised will go directly to the Pararoos, and donations of $2 or more are tax deductible.”

To donate, go to  www.gopararoos.com.au

Former Caltex Socceroos star Marco Bresciano is the ambassador for the Pararoos. 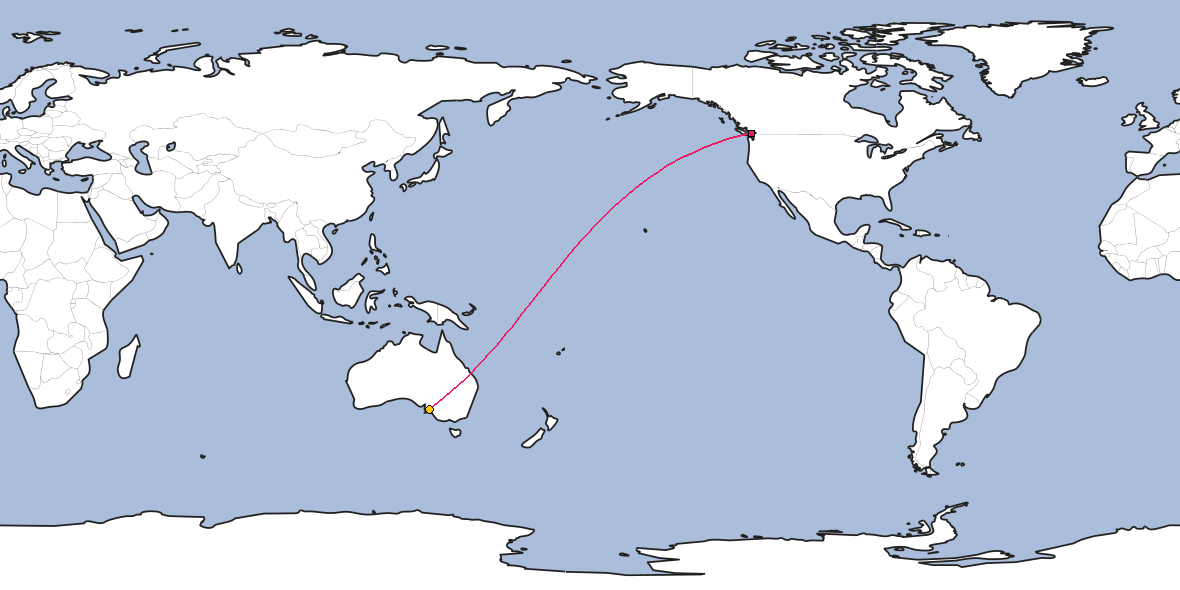 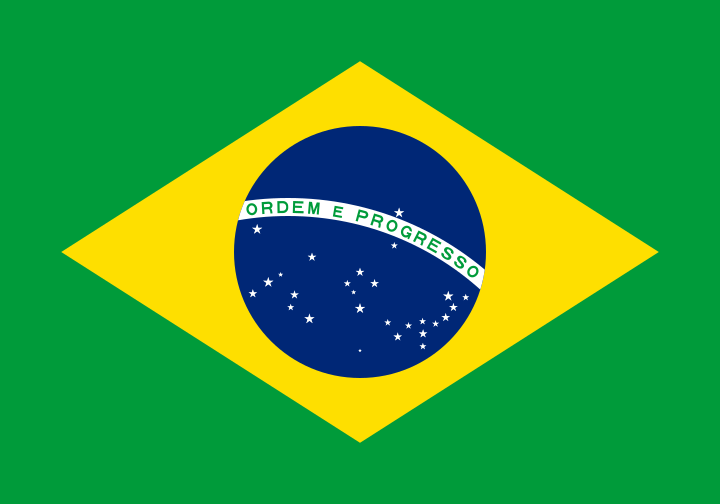 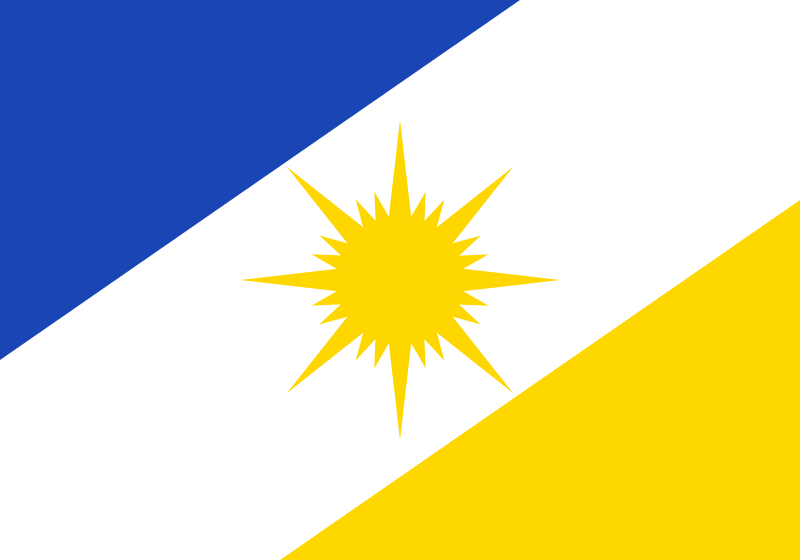