North Korea urged South Korea Friday to accept its offer to hold military talks in its latest charm offensive toward Seoul after spiking tensions with its missile and nuclear weapons program.

“South Korea should respond to our proposal for the talks without delay in a bid to end the two Koreas’ animosity and confrontation and restore trust,” showed the NDC’s “open letter” carried by the Korean Central News Agency (KCNA).

It also called on Seoul to join moves by the North to carry out “audacious and practical” measures for national unity.

Citing the need to ease military tension, the North’s leader proposed military talks with South Korea at the congress by the Workers’ Party of Korea (WPK) which concluded its four-day run on May 9.

Earlier, South Korea’s unification ministry rejected the North’s offer as a propaganda ploy which lacks sincerity, calling on Pyongyang to give up its nuclear weapons program.

Seoul urged Pyongyang to choose the path toward denuclearization if it hopes to bring peace and rapprochement to the divided peninsula.

Inter-Korean relations have fallen to one of the lowest points following North Korea’s January nuclear test and long-range rocket launch in February.

In March, the U.N. Security Council slapped its toughest sanctions to date against the communist country that defied warnings issued by the international community.

In a statement carried by the North’s official Korean Central News Agency (KCNA), a ranking official from the country’s ruling Workers’ Party called on the Seoul government to accept the dialogue proposal made by North Korean leader Kim Jong-un at the recently concluded party congress.

“If South Korea is willing to improve its relations with the North, it should stop pursuing ulterior motives and come forward to have sincere talks (with North Korea),” Kim Ki-nam, a vice chairman of the Workers’ Party, said in the released statement.

Kim also repeated the North’s call on Washington to abandon what it calls a hostile U.S. policy toward Pyongyang, calling it “anachronistic.”

The statement came one day after North Korea’s National Defense Commission (NDC) pressured the South to respond to the dialogue proposal in an open letter also carried by KCNA.

Citing a need to ease military tension on the Korean peninsula, the North Korean leader proposed holding military talks with South Korea at the party congress that concluded its four-day run on May 9.

South Korea’s unification ministry has rejected the offer as a propaganda ploy that lacks sincerity, while instead urging Pyongyang to first give up its nuclear ambitions.

Inter-Korean relations dipped to their lowest ebb after the communist North conducted its latest and fourth nuclear test in January, followed by its launch of a long-range rocket in February.

Seoul has consistently stressed that Pyongyang must first denuclearize if it hopes to bring peace and rapprochement to the divided peninsula.

The two Koreas technically remain at war as the 1950-53 Korean War ended with an armistice agreement, not a peace treaty. (Yonhap)

Trump has unnerved foreign countries, especially such allies as South Korea and Japan, as he has displayed deeply negative views of U.S. security commitments overseas, contending the U.S. should stop being the policeman of the world.

The real-estate tycoon has said that the U.S. should be prepared to end protection of allies unless they pay more. He even suggested allowing South Korea and Japan to develop their own nuclear weapons for self-defense so as to reduce U.S. security burdens.

“We are not a country that can afford to defend Saudi Arabia, Germany, the NATO nations, 28 NATO nations, many of which are not paying us and they’re not living up to their agreement,” Trump said on MSNBC. “Japan, South Korea, nobody, we’re like the dummies that protect everybody. All I’m saying is, we have to get reimbursed because we can’t afford it.”

South Korea currently pays about half the costs, about US$900 million a year, to help finance the troop presence. U.S. officials, including new U.S. Forces Korea Commander Vincent Brooks, said it would cost more to keep those troops stationed in the U.S. than it does in Korea.

Trump’s top foreign policy adviser, Walid Phares, said in a recent interview with Yonhap News Agency that Trump’s remarks made as a candidate should be taken as an expression of principles, rather than policy, meaning that such extreme scenarios as troop pullout are only for negotiation purposes.

Maximizing U.S. interests through negotiation is the No. 1 point in Trump’s “America First” foreign policy. Trump and aides have repeatedly emphasized the businessman is an excellent negotiator and is ready to use the skill to regain American interests lost under Democratic administrations.

Earlier this week, Trump even expressed a willingness to negotiate with North Korea’s leader, saying in a media interview, “I would speak to him. I would have no problem speaking to him.” The remark also sparked criticism that a meeting with the North would end up bolstering the dictator.

On Friday, Trump insisted that he would talk to the North, but added that does not mean he’s willing to go to the North.

SEOUL, May 21 (Yonhap) — North Korea on Saturday proposed to hold working-level talks with South Korea in late May or early June to prepare for military talks, the North’s state media said. 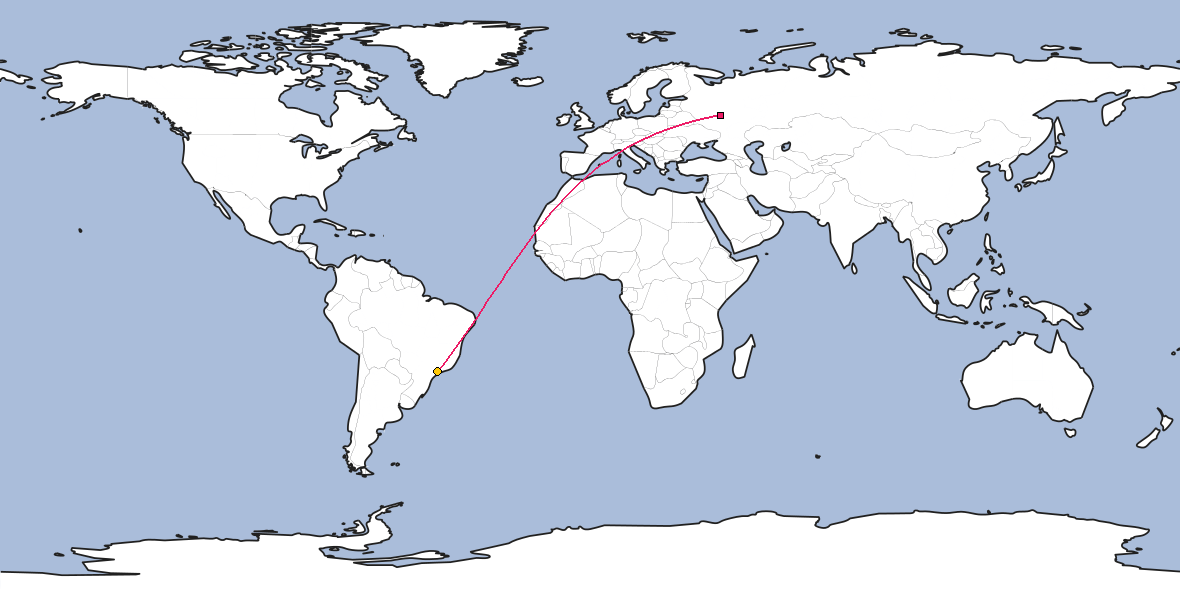 Climate Change Minister Paula Bennett says she will set up a high-level taskforce to drive down New Zealand’s greenhouse gas emissions after the latest annual report revealed another 1 per cent increase in 2014.

New Zealand’s gross emissions per person are now fifth highest out of the 41 countries which set reduction targets under the 1997 Kyoto Protocol, and our net emissions are 14th highest.

Australia tops both lists with the highest emissions per person in both gross and net terms.

Mrs Bennett said she planned to appoint “a high-level taskforce to provide advice and ways in which we can drive down our emissions”.

She has said previously that the taskforce would include business, farming and environmental groups, and that she was also open to a cross-party discussion about what the next steps should be.

“It is clear our Earth cannot sustain any more greenhouse gas emissions,” she said.

“That is why New Zealand signed up to the Paris Agreement on climate change and why our Government is committed to reducing emissions.”

She said the Government was spending $400 million a year on research to help the farming sector become more efficient and reduce greenhouse gas emissions, and $1.2 billion over three years on public transport and encouraging the use of electric vehicles.

It was also reviewing the emissions trading scheme and planned to scrap the current “one for two” carbon unit subsidy.

But Greenpeace director and former Green Party co-leader Russel Norman said it was already clear that the way to reduce emissions was to stop “subsidising” them through building motorways which increased transport emissions, subsidising irrigation schemes which increased intensive dairying, and leaving agriculture out of the emissions trading scheme.

“Labour, National and the Greens all have policies not to bring in agriculture. The Greens put a five-year moratorium in place,” he said.

“If you want to reduce emissions, then why are half of our emissions yet to face a price? Instead we are subsidising it.”

The Environment Ministry report says emissions from agriculture increased 0.8 per cent in 2014 and now represent 49 per cent of the country’s total emissions. The increase was mainly due to a 3.3 per cent increase in the dairy herd – an increase which has since been reversed due to lower dairy prices, which should reduce agricultural emissions in the next report.

Emissions from energy rose 1.2 per cent to make up 40 per cent of total emissions, mainly due to economic growth in chemicals, food processing and oil and natural gas production.

Transport emissions, which are included in the energy category, rose by a below-average 0.3 per cent despite increasing vehicle numbers.

Emissions from industrial processes and products increased by 2.8 per cent due to growth in the mineral, chemical and metal industries, but made up only 6 per cent of total emissions.

Emissions from waste disposal declined by 0.7 per cent, reflecting continued improvements in landfill management, and made up only 5 per cent of the total.

Offsetting carbon “sinks” mainly in forestry have been shrinking for the past six years because of increased forest harvesting and conversions to farming during the years of high dairy prices, and shrank by a further 2.5 per cent in 2014.

Three ACT organisations have lost their charity status as part of an effort to tidy up the sector.

The former charities were deregistered after repeatedly failing to provide information to the Australian Charities and Not-for-profits Commission.

The commission revoked their charitable status only after giving each organisation 28 days to get in touch and making multiple attempts to contact those listed.

The Aboriginal Corporation of Employment Development, which had a mailing address in Canberra but a street address in central Sydney, has had an active ABN since 1999.

The organisation, however, did not provide annual information statements for 2014 and 2015, leading the ACNC to conclude it was no longer operating.

Similar conclusions were drawn about Autism Association ACT, based out of Pearce.

The organisation and its ABN were still listed on the charity register despite having amalgamated with the Asperger Syndrome Support Network to form Autism Asperger ACT in 2006.

The result of the merger has retained its charitable status and has submitted every required annual information and financial statement to date.

The Southpaw Stroke Club, the last of the local charities to be deregistered, was in a similar situation.

The Hughes-based support group, which has held its ABN since 2000, is one of three groups within the larger Stroke Association of the ACT.

The association itself has an ABN, but has not registered with the ACNC to be eligible for tax deductions and exemptions.

The three organisations were among 159 nationwide to lose their charity status in the latest round of deregistration, effective as of May 12.

Another two had their charitable status revoked back in February, while 1162 groups were spared deregistration after they were issued with reminders to send annual information statements to the commission in March.

Charities risk revocation if they fail to submit two or more consecutive annual information statements, detailing the revenue bracket, staff numbers and the purpose of the organisation.

These “double defaulters” have been gradually removed from the charity register, based on the month in which their information statements are due.

The process is designed to prevent overlaps or defunct groups from appearing in the register, which was established when the ACNC started operating in 2012.

“Many of the 149 charities were identified as charities that had likely ceased operating,” Commissioner Susan Pascoe said.

“All of them had unclaimed mail returned to the ACNC on their behalf and had not responded to ACNC attempts at contact.”

If the organisations are still operating, their organisers have another 50 days in which to contact the ACNC and ask for the charitable status to be returned.