por antoniodavirolanddebrito
If Brad Inman makes his Caltex Socceroos debut against England it will round out a journey that started 10 years ago just over 20 kilometres way from Sunderland’s Stadium of Light.

Inman moved from Adelaide to Sunderland’s archrivals Newcastle United as a 14-year-old but after a promising start at the Premier League club’s academy, the Australian midfielder was forced to take the road less travelled to wear the green and gold.

Known as ‘Kaka’ during his time on Tyneside – due to physical similarities as well as his playing style – stories predicting Inman’s imminent Premier League breakthrough popped up regularly in the Australian media in 2009.

Inevitably the ‘Next Harry Kewell’ tag was thrown in his direction.

But Inman’s expected explosion onto the world stage never came.

Inman was named in Newcastle’s match-day squad on two occasions but failed to make a senior appearance for the club.

Meanwhile, his involvement with Scotland’s Under 19 and Under 21 national teams had some believing he would be lost to the Socceroos.

In November 2012, Inman moved to Crewe Alexandra in League One for much-needed games and made 26 appearances in all competitions, scoring eight goals.

Newcastle released the Australian at the end of that season but Crewe moved quickly to sign Inman, who has gone on to make 117 league appearances for the Railwaymen.

While Crewe finished bottom of League One in 2015-16, earning relegation to England’s fourth tier, Inman has had the best season of his career.

The 24-year-old has played 42 games in all competitions and notched 10 goals, including six in as many matches in January and February.

Inman’s goal tally made him Crewe’s leading scorer in the league this term, and the club have announced they have offered the Australian a new contract for next season.

In February, Inman told the Stoke Sentinel: “This is the best goal-scoring run of my career, and I’m playing well and with a smile on my face.”

It also had Inman thinking about the Socceroos.

The South Australian’s versatility will suit Ange Postecoglou, with Inman having lined up on both flanks this season, as well as up front and in behind the striker.

If Postecoglou points in his direction on May 27 it will be a symbolic moment for Inman – a senior international debut just across the River Tyne from where he began his professional football career.

A change to the draw principles for the Westfield FFA Cup 2016 will make the Round of 32 even more unpredictable for the 10 Hyundai A-League clubs, Football Federation Australia (FFA) has announced today.

This year, all of the Hyundai A-League clubs will be placed into one pot, meaning any one of the 10 professional clubs could be pitched into a knock-out tie in the suburbs against a semi-pro Member Federation club.

In previous years, the four Hyundai A-League Semi Finalists were placed into a separate pot, which guaranteed them a tie against a Member Federation club in the Round of 32, with the other six A-League clubs drawn against each other.

FOX SPORTS has again committed to provide comprehensive coverage from the Round of 32 onwards for Australian football’s national knockout competition in 2016, which began with a record 691 Member Federation clubs competing in the Preliminary Rounds of the competition.

The match schedule for the Westfield FFA Cup 2016 Final Rounds, which is when the ten Hyundai A-League clubs join the fold, remains predominantly similar to last year.

The Westfield FFA Cup 2016 Round of 32 is set to commence on 26/27 July and, similarly to last year, will comprise of four (4) match days (four matches per night on either a Tuesday or Wednesday night) over a three week period, while the Round of 16, Quarter Finals and Semi Finals will each be played over the space of a fortnight.

The Westfield FFA Cup Final 2016 will be played on Tuesday 29 November to determine the third winners of the competition after Adelaide United claimed the trophy in the inaugural year before Melbourne Victory won it in 2015.

As the Westfield FFA Cup prepares to again take centre stage on the national football calendar, FFA CEO David Gallop said another captivating year of the competition lay ahead.

“With the addition of the Hyundai A-League clubs, a total of 701 clubs will have taken part in this year’s Westfield FFA Cup, which continues to go from strength to strength and capture the imagination of football fans around the country in just its third year,” said Gallop.

“The competition’s unique selling point is the appeal of watching grassroots clubs playing at suburban grounds against the pros from the Hyundai A-League.”

Similarly to last year, FOX SPORTS will show 11 matches LIVE (one match per match night) while providing coverage and updates, as well as LIVE streaming, of all non-broadcast matches.

Details regarding the FOX SPORTS broadcast and streaming will be announced closer to the start of the Round of 32.

“Fox Sports have done a fantastic job in their coverage of the Westfield FFA Cup in the first two years and it’s fantastic that they have again committed to extensive coverage in order to bring the magic of the cup to people wherever they are around Australia,” said Gallop.

“Following the success of the first two years of the competition, Member Federation clubs are realising the significant benefits that come with making a run deep into the competition as Hume City found out in reaching the Westfield FFA Cup Semi Finals last year, so these clubs will be as determined as ever to go and put their name up in lights.”

On the announcement of the schedule and details for the Westfield FFA Cup 2016 Final Rounds, John Batistich, Director Marketing, Scentre Group National Marketing, reinforced Westfield’s delight in being the competition’s naming rights partner.

“We are extremely proud to once again be the Major Partner of the Westfield FFA Cup,” said Batistich.

“Just like the local clubs that participate in this competition, our Westfield Shopping Centres are very much part of their communities and we look forward to showing our continued support to all the teams taking part in the Cup’s third season.”

The remaining Member Federation slot is filled by Blacktown City FC, who received automatic entry into the Round of 32 after being crowned PlayStation 4 National Premier Leagues Champions of Australia last year.

Each State/Territory will know their final Member Federation entrants in the Round of 32 on the following dates:

* Dates are subject to change

The draw for the Round of 32 will be conducted in the last week of June with details to be announced closer to the date.

Monica Draxler, 30, computer systems and technical analyst, is one of many single women in the United States. Beautiful and attractive, he said today in no hurry to find a new boyfriend. “In my post-adolescent youth, I did not conceive the idea of staying single. Between 18 and 21 years old, I changed my boyfriend as one change of clothes. And between 27 and 28 years old, I came to be bride, but the engagement only lasted three weeks. “Today she is calmer. “Today I’m in no hurry to choose a new boyfriend. I’m enjoying single woman’s life. I’m progressing in my career. A single woman has to devote to career.” Monica does not deny the fact that she is being flirted. “I am flirted. But at the right time meet the right person for me.“ 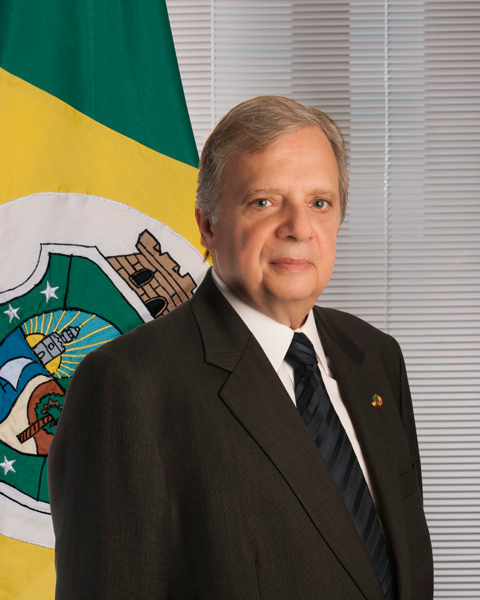