Malaysia Airlines’ new business class seats on its Airbus A330-300 fleet represent the carrier’s focus on improving the passenger experience amid ongoing operational and behind-the-scenes changes at rehabilitating the loss-making carrier.

Since taking over as chief executive in August 2015, Christoph Muller and his management team has cut routes, disposed of surplus aircraft and slashed the workforce by about 30 per cent in an effort to turn around the airline’s financial performance.

While ongoing, those efforts have already yielded some promising results, with Malaysia Airlines reporting revenue per available seat kilometre (RASK) grew 10 per cent in the three months to February 2016. Load factors were also up in the quarter.

Malaysia head of sales Laurent Recoura says the new business class seats being installed on the A330-300 fleet is something new and fresh for the customer.

The airline displayed a working model of its business class seat at a function for the travel trade and other invited guests at a function in Sydney on Wednesday, which also featured a musical performance from Australian singer Kate Cebrano.

“Now is the time where we need to deliver more new products, because in the eyes of the public sometimes we hear ‘you guys, you’ve been very busy but we didn’t see something for us, the customer’,” Recoura told guests at the function.

“Right now, the message we are sending to the industry and to the world: we are back in the game.

“We have something fresh and innovative. It’s a very nice product.”

Malaysia Airlines chose Sydney as the inaugural route to feature the Thompson Vantage seat, which coverts into a fully flat bed and is a significant upgrade from the previous angled lie-flat offering. The first flight was on March 23.

There were no changes to the economy cabin. The aircraft serves Australia, Asia and New Zealand from the airline’s Kuala Lumpur hub.

“The introduction of the A330 Business Class seat will make us more competitive against other full-service carriers and is part of our push to make Malaysia Airlines the preferred carrier to, from and around Malaysia,” Malaysia Airlines chief commercial officer Paul Simmons said in a statement.

“This is the start of an exciting roll-out of new, innovative and personalised products and services that we can’t wait to share with our guests.”

A version of the Malaysia Airlines’ Thompson Vantage seat was also found on airlines such as Austrian, Delta and India’s Jet Airways.

Recoura said the airline was hoping to grow inbound tourism to Malaysia, which has a sizeable domestic market.

“You have seen a lot of adjustments in our network, we’ve cut a lot of capacity in a lot of markets, but what we are doing right now is also putting Malaysia, the destination, in the centre of our network,” Recoura said.

“We have a wonderful destination, it is a great country, we need to make more noise about it.”

The Royal Australian Air Force has begun flying the Heron surveillance UAV out of RAAF Base Amberley, the first time the RAAF has operated the remotely-piloted aircraft from a major Australian airbase.

The RAAF’s 5 Flight has been flying the Heron from Amberley for an initial 10 day period April 13 and 22, where it has operated alongside C-17 transports, F/A-18F Super Hornets and the KC-30A tanker transport. 5 Flight is based at Amberley but until now has primarily conducted Heron flying operations from RAAF Base Woomera over the remote Woomera Test Range in South Australia.

“What it enables us to do is operate from our home base so we can operate more regularly and conduct the training that we need to do to further progress this capability into the future,” WGCDR Bowers said.

Two Herons are currently on strength with 5 Flight operating under a six-year, $120 million lease extension intended to see them remain in RAAF service until the introduction of future unmanned systems such as the MQ-4C Triton to ensure unmanned aircraft skills and corporate knowledge are maintained.

Between 2010 and 2014 the RAAF operated three leased Herons operationally from Kandahar, Afghanistan, during which time they flew a total of more than 27,000 intelligence, surveillance and reconnaissance mission hours in support of Australian and coalition ground forces.

“The main focus with Heron [now] is to sustain and maintain the capacity to operate remotely piloted aircraft,” WGCDR Bowers said.

“Our focus at 5 Flight is to ensure that Heron can be operated safely throughout Australia and integrated with other aircraft in the airspace around Amberley and other airfields across Australia.”

Some of the training outcomes from operating from Amberley include improving interoperability with the Army, 5 Flight sensor operator instructor FLTLT Nelle Sheridan explained.

“We’re still developing some of our training missions and profiles,” FLTLT Sheridan said.

“We’re looking to update what we do to maintain relevance, looking at more urban operations as well as peacekeeping type operations, search and survival assistance as well as looking to more conventional mission profiles with the Army.”

The Heron will now operate more regularly from Amberley, and it will deploy in support of military exercises such as to Tindal for Pitch Black mid this year and to Rockhampton for Talisman Sabre in 2017.

Previously in 2015 a Heron operated from Rockhampton Airport during Talisman Sabre, when it was cleared to operate through civilian airspace by Airservices controllers for the first time.

“What we’re trying to do with normalisation is show that remotely piloted aircraft are exactly the same as normal aircraft, the only difference is the pilot is sitting on the ground, but we have the same controls, [with] the same safety mechanisms at play, to ensure that we can co-exist happily,” WGCDR Bowers said.

An earlier version of this story was first published on April 18.

Australia’s federal opposition is proposing a night time “no-fly zone” over the proposed airport at Sydney’s Badgerys Creek to reduce the impact of aircraft noise on surrounding communities.

Instead, flight paths for all takeoffs and landings between 2300 and 0600 will be in a south-west direction to avoid residential areas.

Opposition leader Bill Shorten and Opposition transport spokesperson Anthony Albanese said the measures were similar to what was currently in place at Sydney Kingsford Smith Airport, where aircraft permitted to operate during that airport’s 2300 to 0600 curfew were directed over water and not over residential communities.

“Labor will act to ensure there is no noise impact on existing residences and communities from night time flights as part of Badgerys Creek Airport master planning,” the pair said in a statement on Thursday.

“This will ensure Western Sydney benefits from the economic boost Sydney’s second airport will deliver – including thousands of jobs – while communities aren’t disturbed by night time aircraft noise.”

Arrival flights will be directed to north west of the airport and be between 5,000-7,000 feet when over Penrith and 2,000ft near Bankstown when landing on Runway 23.

The master plan said it was planned for the airport to operate on a curfew free basis.

“Melbourne Airport’s curfew-free status allows for the movement of an extra two million passengers a year and adds $590 million to the Victorian economy through visitor spending.

“While the proposed Western Sydney Airport is planned to operate without curfew, demand for flights at night would not be as high as demand during the day. The majority of flights would be in the 7am to 10am and 4pm to 7pm peak periods.”

Meanwhile, Labor said the simultaneous operations for takeoffs and landings to the south-west was one of several noise mitigation measures for Badgerys Creek, including landscaping and shared flight paths. The opposition has also committed to having rail links at the airport.

The federal government “declared” Badgerys Creek as the site for a second airport in the Sydney basin in August 2015, which ensured further planning work on the airport could proceed and airspace around the proposed facility was protected from potential high-rise buildings.

The first photograph, taken on March 11, shows the wings being joined on the aircraft, while the second photograph shows the tail being added.

Acquisition of eight P-8As for the RAAF was approved in 2014, while the recently released Defence White Paper’s accompanying Integrated Investment Program (IIP) revealed that, “Eight Poseidon aircraft will be introduced in the early 2020s, with seven additional aircraft to be acquired in two tranches to bring the total to 15 aircraft by the late 2020s.”

Approval of the first of those additional tranches of P-8s was subsequently announced by Defence Minister Senator Marise Payne at the RAAF’s Air Power Conference in Canberra in March.

“The first of the Poseidons is expected to be delivered late this year and 12 aircraft will be in service by 2022,” Senator Payne told the Air Power Conference.

The P-8A is based on the Boeing 737-800 commercial aircraft. The fuselage is built at Sprit AeroSystems as a dedicated P-8A alongside the commercial 737 fuselages in Wichita, Kansas while final assembly is on a specific P-8A line at Boeing’s 737 factory in Renton, Washington State. Mission and sensor systems are then installed at Boeing Field, Seattle

The Bureau of Infrastructure, Transport and Regional Economics (BITRE) said in its monthly report on on-time performance 88.2 per cent of the combined Virgin Australia/Virgin Australia Regional Airlines network’s flights arrived within 15 minutes of schedule in March.

This was ahead of the Qantas/QantasLink operations at 86.6 per cent.

The combined Virgin/VARA network was also ahead of Qantas for on-time departures at 89.5 per cent, compared with Qantas/QantasLink at 87.7 per cent.

All airlines suffered a decline in their on-time performance in March compared with the previous month – when they were at near record levels – with Tigerair Australia reporting the biggest fall in punctuality.

The battle for passengers has led to a strong emphasis on punctuality for airlines in an effort to attract and retain customers, particularly those in the lucrative corporate and government travel sector.

Further, all 81 scheduled flights at Mount Isa Airport from Qantas, Virgin and QantasLink departed and arrived on-time in March.

At Melbourne Tullamarine, international passengers were up 7.3 per cent in March at 763,848, compared with the prior corresponding period.

“This continued and consistent growth shows great faith and confidence from our airline partners who continue to increase their services to Melbourne.,” Strambi said in a statement.

“Our third quarter results are also particularly pleasing, with growth achieved in all key international markets compared to the same period last year.”

The largest increases in international travellers to Melbourne were from Hong Kong (39.3 per cent), Singapore (37.1 per cent) and Japan (27 per cent). The start of Etihad’s second daily flightfrom Tullamarine to Abu Dhabi that kicked off in August 2015 has also boosted the number of European visitors to the Victorian capital, Melbourne Airport said.

Meanwhile, Sydney Airport handled 1.211 million international passengers in March, up 7.9 per cent from the prior corresponding period.

“This exceptional growth continues to be driven by seat capacity from new and existing airline customers,” Mather said in a statement.

“Growth in Japanese nationals was the largest international inbound contributor to passenger growth.”

There was also healthy growth for domestic travellers, with Sydney reporting a rise of 4.4 per cent and Melbourne Tullamarine posting a 3.3 per cent improvement.

By contrast, Perth Airport handled 1.1 per cent fewer domestic passengers in March, amid a slowdown in mining activity in Western Australia. 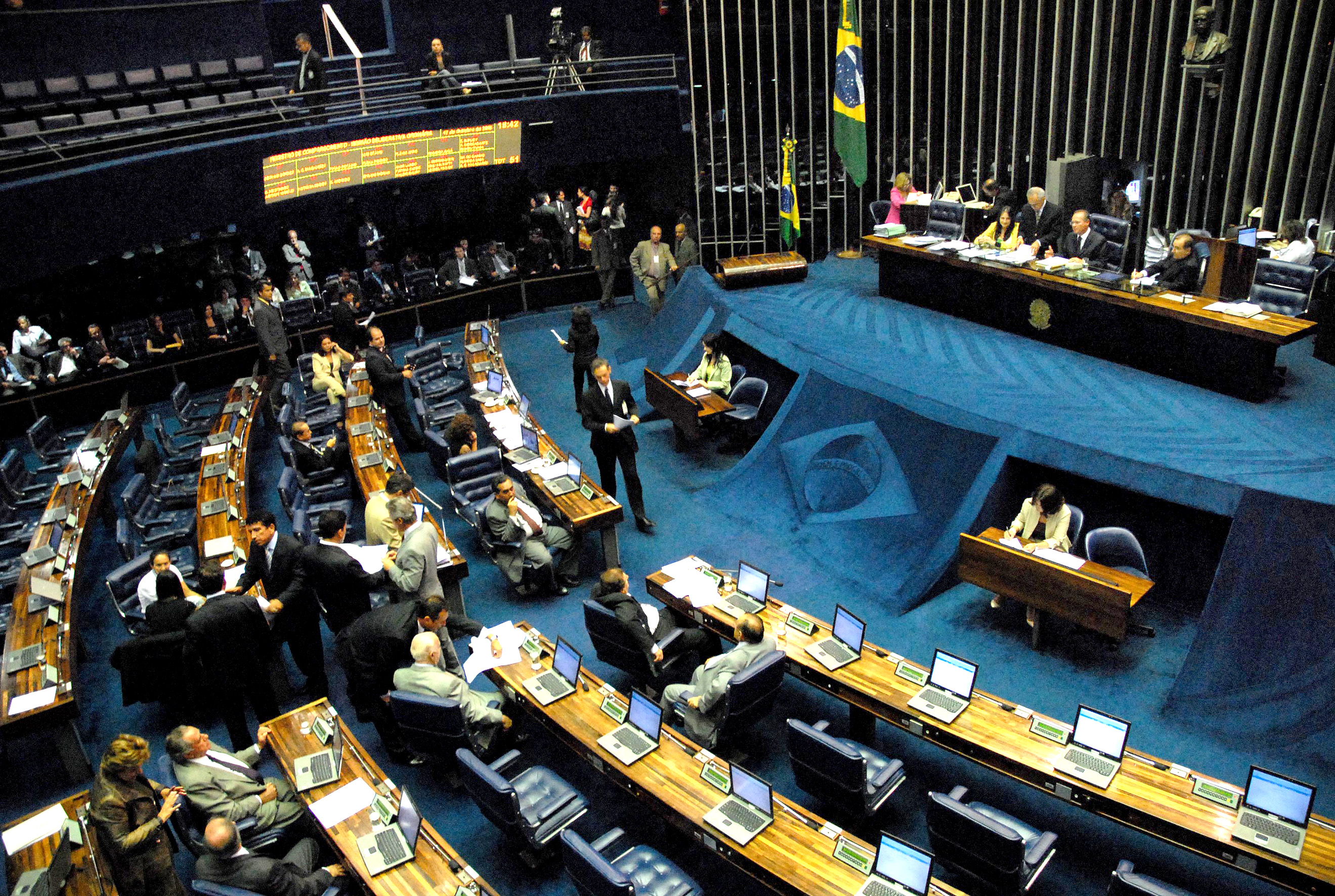