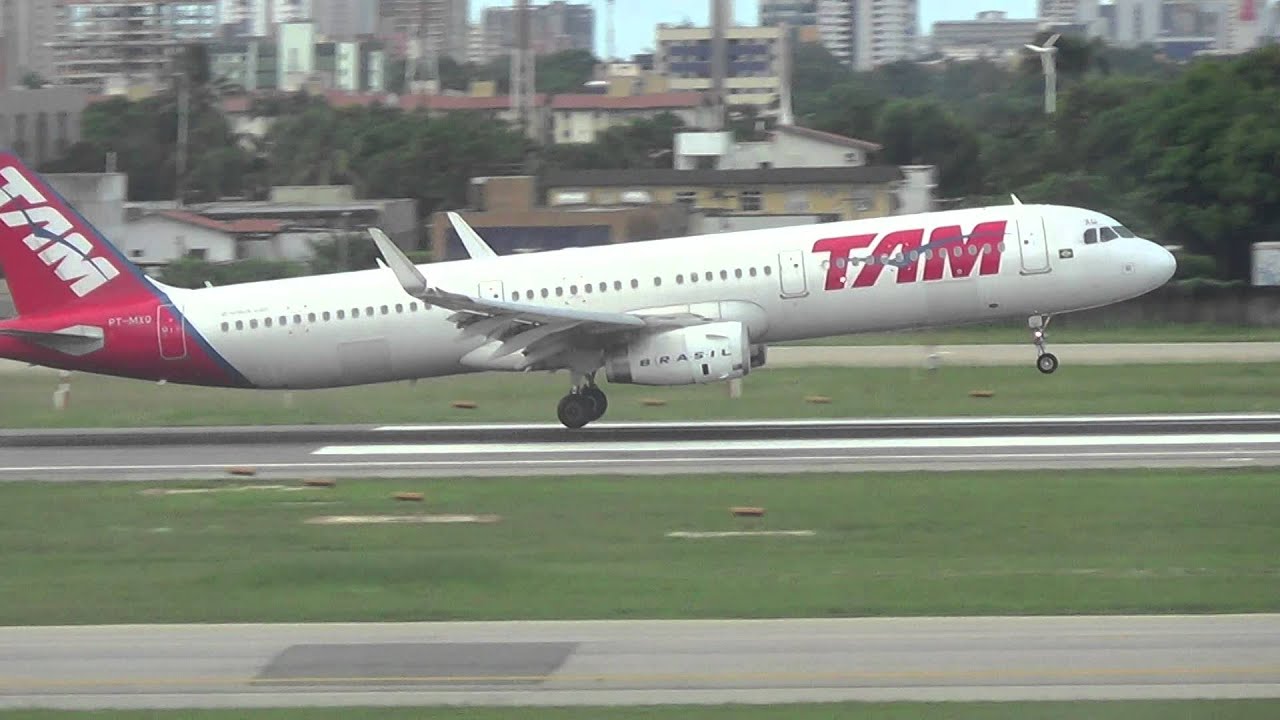 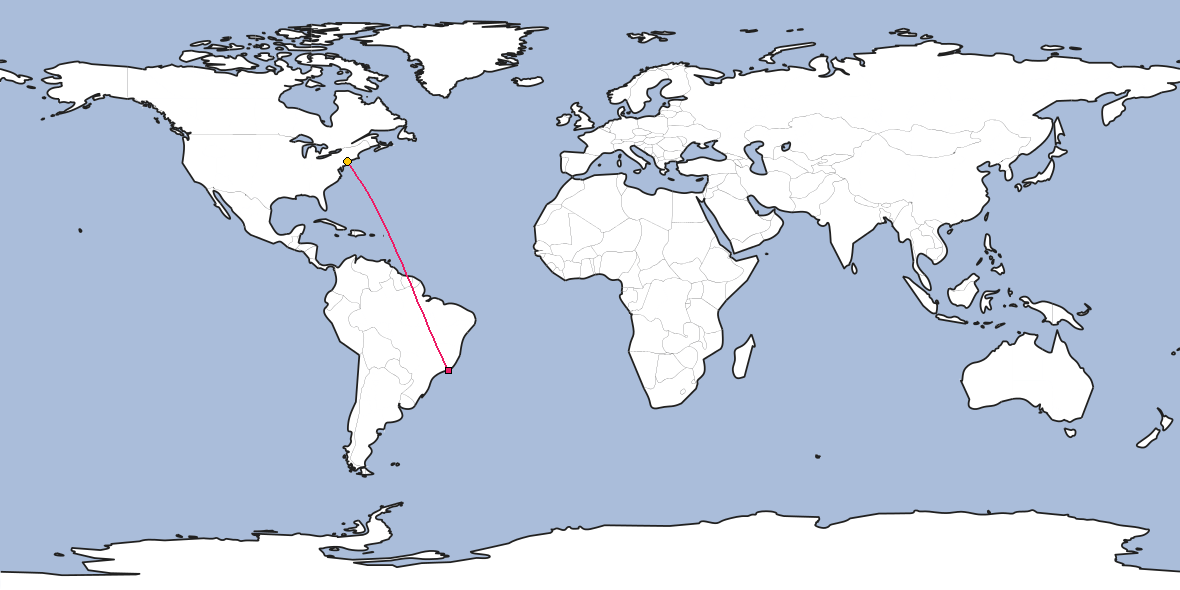 North Korean Prime Minister Park Bong-ju (3rd from R) talks with officials of an oil refinery in this photo released by the state-run Rodong Sinmun on March 21, 2016. The newspaper reported Park has checked in on a project to improve the refinery’s production and discussed ways to boost output as recent U.N. sanctions ban the sale and supply of aviation fuel to North Korea. (For Use Only in the Republic of Korea. No Redistribution) (Yonhap) (END)

Kim Hong-kyun (R), South Korea’s special representative for Korean Peninsula peace and security affairs, shakes hands with Daniel Fried, the State Department’s coordinator for sanctions policy, at the foreign ministry building in central Seoul on March 21, 2016, at the start of a meeting on how to implement new sanctions on North Korea. (Yonhap) (END)

Australia’s competition watchdog says recent investments in new infrastructure, as well as planned improvements in the period ahead, should help lift the passenger experience at Australia’s four largest airports.

The Australian Competition and Consumer Commission’s (ACCC) Airport Monitoring Report for 2014/15 says despite high profit margins at Brisbane, Melbourne, Perth and Sydney airports, the quality of service passengers have received has not increased in recent years.

Brisbane maintained its “good” rating and retained its place as the highest rated of the four monitored airports in the ACCC report, a position it has held since 2004/05. Perth was the only other airport to receive a “good” rating.

Melbourne Tullamarine and Sydney were rated as “satisfactory” in 2014/15, the same as the prior year.

“Over the period from 2004-05 to present, there have been no significant improvements in any of the monitored airports’ average quality of service ratings,” the ACCC report said.

“Passengers are likely to benefit from a significant boost to investment, with the four monitored airports undertaking the largest aggregate capital spend on aeronautical assets since the airports were privatised.”

The ACCC said the four airports continued to achieve high profit margins from aeronautical revenue, such as landing fees and use of terminal facilities, and from car parking in 2014/15.

And in the case of Sydney Airport, the competition watchdog found one dollar of aeronautical revenue earned a record 50.1 cents of profit in 2014/15, which the ACCC said was the “highest by any monitored airport over the period from 2004-05 to 2014-15”.

“The high profit margins of the airports indicate that they do not face much competitive pressure,” ACCC Chairman Rod Sims said in a statement on Wednesday.

The ACCC report said the airlines using the four airports gave Melbourne, Perth and Sydney a “satisfactory” rating, while Brisbane was the only airport with a “good rating”. Sydney received the lowest rating out of the four monitored airports.

However, the ACCC said there was cause for optimism given the recent agreement between Sydney Airport and the Board of Airline Representatives of Australia (BARA) had a “service level framework” included for the first time.

“The service level agreement provides for the measurement of airport performance against various quality of service indicators for airlines and passengers,” the ACCC said.

“BARA advised the ACCC that this represents a significant step towards enabling improved service quality outcomes and hopes that other airports can adopt a similar arrangement where no framework exists or to enhance the existing framework.”

The ACCC report found all four airports continued to earn “significant profits” from car parking in 2014/15, given they were the only suppliers of car parking on airport grounds.

Sims said there were bargains to be had for those who took advantage of discounted pricing when pre-booking their parking online before coming to the airport.

“The ACCC found that consumers parking at the airports could save up to 66.5 per cent for longer durations by booking online,” Sims said.

“Consumers should consider all of their options, including whether they could obtain a cheaper rate by booking online or using an off-airport parking operator.”

The full report can be found on the ACCC website.

Moody’s says Virgin Australia’s improvement in earnings amid low fuel prices and its move to capture more high-yielding corporate and business travellers has been below expectations.

The ratings agency’s view was published in a statement on Tuesday evening, following Virgin’s announcement on Monday it was reviewing its capital structure and had secured a $A425 million, 12-month loan from its major shareholders.

While the loan and review of the balance sheet would be “credit positive” for Virgin and help strengthen liquidity levels, Moody’s noted the company’s adjusted debt to earnings before interest and tax ratio for the 12 months to December 31 2015 exceeded its tolerance level.

Further, Virgin’s operating cash flow fell to $A10 million the 2015/16 first half, compared with $A65 million in the prior corresponding period and the airline’s unrestricted cash balance dropped 24 per cent to $A544 million, “weakening the company’s liquidity and credit profiles”.

“While Moody’s recognizes that Virgin Australia’s overall earnings are on a positive trajectory — supported by its transformation program and low fuel prices — the pace of improvement has been below Moody’s expectations,” Moody’s said.

“Moody’s points out that Virgin Australia’s B2 corporate family rating is predicated on the deleveraging of its business. However, since 2013, the airline has not reduced its Debt/EBITDA as quickly as Moody’s has expected.”

Virgin chairman Elizabeth Bryan said on Monday the board was leading the capital structure review “to support the ongoing execution of its strategy”.

“This review will ensure the Virgin Australia group has the best capital structure in place to achieve its strategic goals and generate long-term growth and value for shareholders,” Bryan said in a statement.

The support of the four major shareholders – Air New Zealand, Etihad Airways, Singapore Airlines (SIA) and the UK-based Virgin Group – comes after the three airlines backed a $A350 million equity raising in 2013 that secured Air NZ, Etihad and SIA a seat on the Australian airline’s board.

Virgin also raised $336 million when it sold 35 per cent of its Velocity frequent flyer program to Affinity Equity Partners.

“The announcement that the company will undertake a review of its capital structure is therefore important for the medium-term credit profile of the airline, and will need to be concluded before any rating impact can be assessed,” Chitterer said in a statement on Tuesday.

Separately, Virgin has responded to an Australian Securities Exchange letter querying its share price movements and heavy trading volumes prior to the announcement of the capital review.

Virgin told the ASX in a letter published on Wednesday it disclosed the $A425 million loan “as soon as practicable after it was executed and prior to the market opening on Monday 21 March 2016”.

“The terms of the load facility were only finalised at approximately 11.50 pm Sunday 20 March 2016 (Sydney time),” Virgin said.

“Until this time the terms of the loan facility, including required third party consents, were substantially incomplete and outside the (its) control.

“(Virgin) has no reason to believe that confidentiality in relation to the loan facility was lost at any time prior to the release of the announcement on Monday 21 March 2016.”

Also, Virgin said it was “not aware of any reasons” why Virgin shares fell from 43 cents to 35 cents between Tuesday March 15 and Friday March 18, with trading volumes well above average levels.

First of class flight trials of the Army’s Tiger Armed Reconnaissance Helicopter from the Navy’s LHD amphibious assault ships is planned for the first quarter of 2017, the Department of Defence has confirmed.

“First of class flight trials is planned to be conducted in the first quarter of 2017. Results from this activity and the deck handling trials will provide a basis for establishing the applicable ship-helicopter operating limit for the Armed Reconnaissance Helicopter/Landing Helicopter Dock combination,” a Defence spokesperson told Australian Aviation via email on Monday.

Flight trials will follow deck handling trials planned for June, the spokesperson said, when HMASAdelaide is alongside in Brisbane.

Further, the spokesperson noted: “The trials schedule aims to identify potential ship/helicopter interface issues and seek to establish safe operating procedures and limitations for the combination.”

Air New Zealand plans to boost capacity between Perth and Christchurch when it uses the 787-9 Dreamliner on the seasonal route from December.

Previously, Air NZ’s Perth-Christchurch flights, which operate during the summer months, have been flown with 230-seat Boeing 767-300ERs comprising 24 in business and 206 in economy.

However, the airline said on Tuesday it would deploy the 787-9s, which are configured with 18 business, 21 premium economy and 263 economy seats for a total of 302 seats, on its twice-weekly service which begins December 9 2016 and runs until April 29 2017.

Air NZ said it would be the first scheduled 787-9 services to and from NZ’s South Island.

“Our Boeing 787-9 Dreamliner has proven to be popular with our customers since it first beganoperating between Auckland and Perth in September 2014,” Air NZ chief sales and commercial officer Cam Wallace said in a statement on Tuesday.

“These mid-haul routes are perfect for experiencing the aircraft’s improved cabin environment including higher humidity and lower cabin altitude which help passengers arrive at the destinations feeling more refreshed.”

Air NZ currently has six 787-9s in its fleet, with a further six due for delivery between now and 2019. Meanwhile, the last of the airline’s five 767s was scheduled to be retired in 2017.