Singapore Airlines has taken delivery of its first  becoming the fifth operator of the all-new widebody airliner. With its unrivalled passenger flying experience and operational efficiency, the A350 XWB will form the backbone of Singapore Airlines’ future mid-size widebody fleet.

Singapore Airlines’ aircraft is configured in a premium three class layout with 253 seats, comprising 42 Business Class, 24 Premium Economy and 187 Economy. After an initial period flying on regional services to Kuala Lumpur and Jakarta the aircraft will be deployed on long haul flights from May, starting with Amsterdam and then Dusseldorf.

Altogether the airline has ordered 67 A350-900s which will be operated on long range flights, as well as on selected regional services. Seven of the aircraft will be delivered with an ultra-long range capability for flights of up to 19 hours, allowing the carrier to resume non-stop flights to the US. The A350 XWB will join an existing Airbus fleet at Singapore Airlines that currently comprises 19 double decker A380s and 29 A330-300s, making the carrier an operator of the complete Airbus Widebody Family.

The A350 XWB is the world’s latest generation airliner and the newest member of Airbus’ modern, comfortable & efficient widebody product family. It features the latest aerodynamic design, carbon fiber fuselage and wings, plus new fuel-efficient Rolls-Royce Trent XWB engines. Together, these latest technologies translate into unrivalled levels of operational efficiency, with a 25 per cent reduction in fuel burn and emissions, and significantly lower maintenance costs.

To date, Airbus has recorded a total of 783 firm orders for the A350 XWB from 42 customers worldwide, already making it one of the most successful widebody aircraft ever. 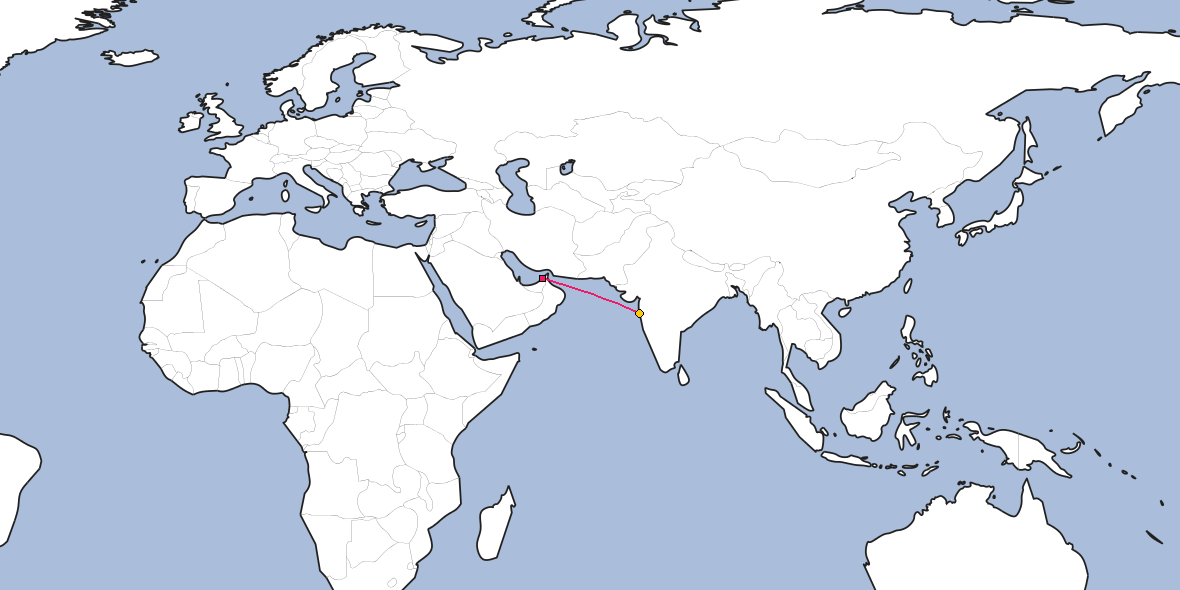 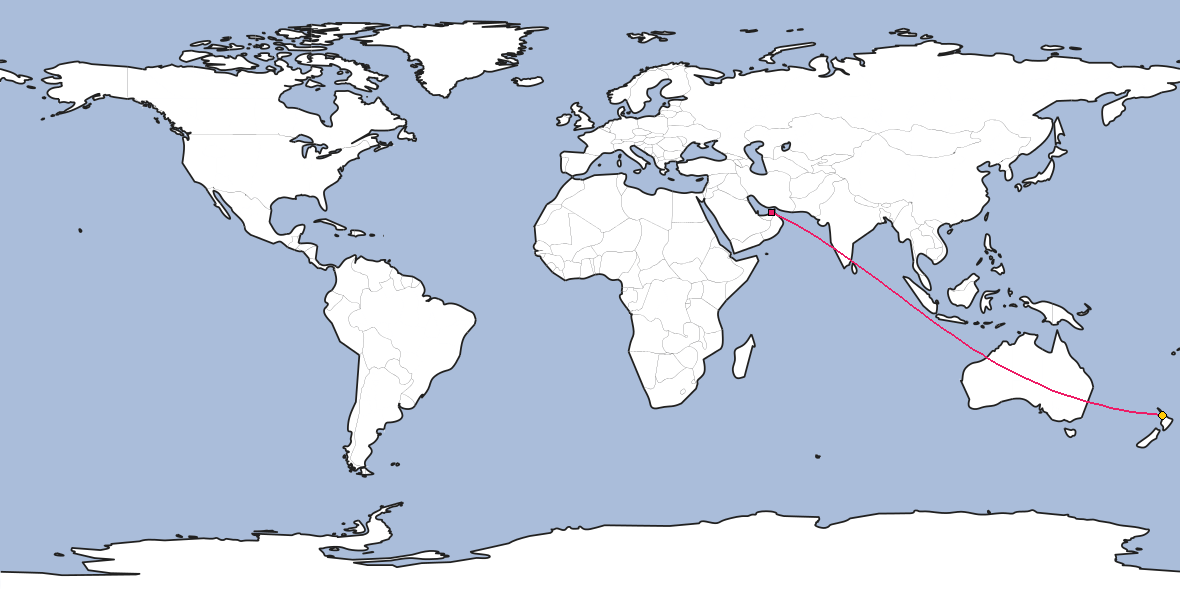 Thai Airways looks set to the be second Airbus A350 operator to Australia with flights to Melbourne scheduled to feature the next generation widebody from July.

A report from the Airline Route website said the Star Alliance member opened reservations for its Bangkok-Melbourne service with the A350 over the weekend.

From July 1, the overnight service from Bangkok (TG465) and afternoon departure from Melbourne (TG466) will switch to the A350-900.

The transition to the A350-900 for the the morning flight from Bangkok (TG461) and red-eye flight from Melbourne (TG462) was scheduled to take place on August 1.

However, a Thai Airways representative in Australia cautioned that the schedule was still subject to change.

“The aircraft type has been loaded as per the planning schedule but it is not confirmed to operate as yet,” the airline said in an email on Monday.

Thai has 12 A350-900s on order, comprising four aircraft on direct order and eight to arrive via lease arrangements.

However, Flightglobal reported in January Thai planned to postpone some 14 widebody aircraft deliveries that had been scheduled for 2016-2018.

Airbus said in June 2015 Thai’s first A350 was expected to start final assembly in October 2015, with first delivery scheduled for mid-2016.

Qatar Airways was the first to announce A350 services to Australia when the oneworld alliance member confirmed it would use the aircraft when it begins flights to Adelaide from May.

A second ratings agency has lifted its assessment of Qantas stock back to investment grade, sending the airline’s share price up more than one per cent in afternoon trade on a flat day for the broader market.

Ratings agency Moody’s on Monday upgraded its senior unsecured ratings of Qantas to “Baa3” from “Ba1”, restoring an investment-grade rating that was lost after Moody’s downgraded the company in January 2014, the year Qantas posted a $2.8 billion statutory net loss after writing down the carrying value of the fleet.

The decision from Moody’s follows Standard and Poor’s move to upgrade Qantas back to investment grade in November 2015. One benefit from an improved credit rating is the ability to borrow at lower interest rates.

“The upgrade of the senior unsecured rating to Baa3 is based on the significant reduction in leverage since FY2015, on the back of lower fuel prices and continued success of its transformation programme as well as a reduction in debt by AUD1 billion from the level in FY2014,” Chitterer said in a statement.

Qantas reported statutory net profit after tax for the six months to December 31 2015 of $688 million, more than three times the $203 million net profit in the prior corresponding half.

“Based on Moody’s forecast prices for Brent and aircraft fuel, along with Qantas’ hedging policy, the agency expects Qantas to benefit from historically low fuel prices for the next several years,” Moody’s said.

Moody’s also noted Qantas’s transformation plan, which aims to reduce costs by $2 billion in the three years to 2016/17.

Qantas said on February 23 it had achieved $1.36 billion in savings to date, including $261 million in the first half of the current financial year.

“We view continued implementation of this program as critical to improving the competitiveness of Qantas’ operations over the long term, while maintaining its premium service levels,” Moody’s said.

“As such, we expect Qantas to continue focusing on its transformation agenda post 2017, through operational and fleet-enabled efficiencies.”

“Moody’s decision to restore our investment grade rating is a reflection of the hard work to get our balance sheet in good shape and to put the Qantas Group in a sustainably strong position,” Joyce said in a statement.

“The Transformation Program has been key to achieving a permanent shift in both our cost base and our competitive position.”

The Honourable Company of Air Pilots has released details of six scholarships it will offer in 2016 for the Australian region.

The organisation, which has qualified pilots, navigators and rear crew as members but is not a trade union, says two scholarships worth more than $1,000 are sponsored by Assessment Services Limited – one scholarship is towards the cost of the Commercial Pilot Licence Examinations and a second towards the cost of the Airline Transport Pilot Licence Examinations.

A further two scholarships are sponsored by Aerowasp Helicopters worth either $1,500 or $1,200 towards the cost of obtaining the Certificate IV in Aviation (Commercial Helicopter Pilot).

Advanced Flight Theory is sponsoring one scholarship worth $3,980 to cover the cost of one ATPL (Airline Transport Pilot Licence) theory course, comprised of full-time classes on the Sunshine Coast and self-study distance learning.

And Online Aviation Theory is sponsoring one scholarship worth $1,250 for a guided self study course up to ATPL theory level delivered online.

More details can be found on the association’s website.