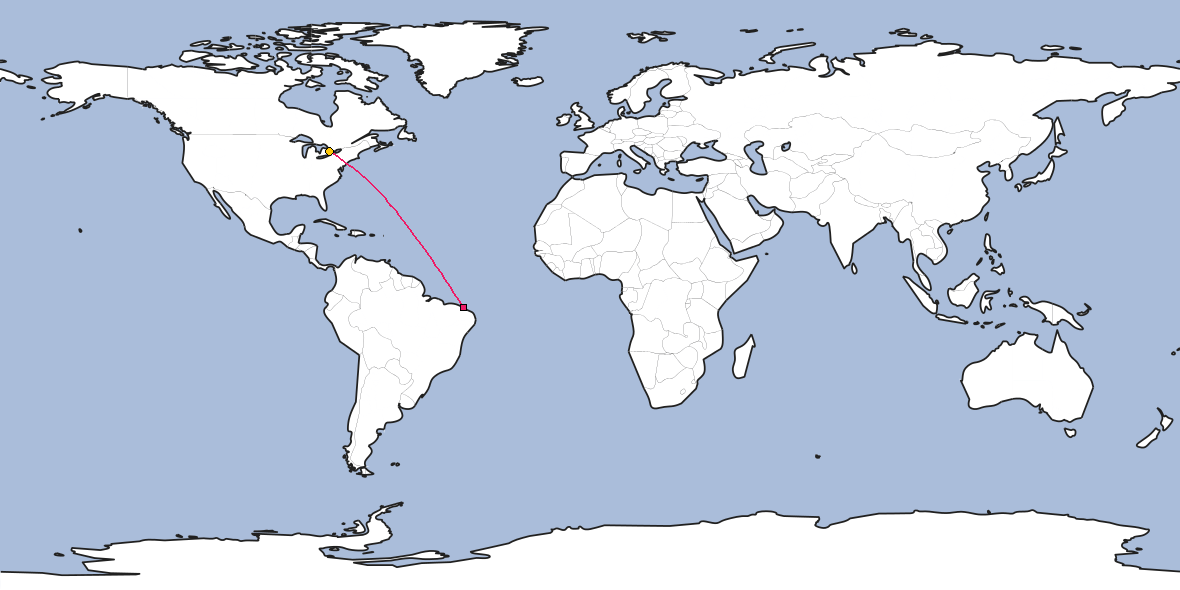 The government will release a new Canberra region freight hub strategy next month as part of plans to use international flights to transport goods from the region around the world. The announcement came in the same week as Singapore Airlines hosted travel agents and other tourism representatives at a special event to celebrate new direct flights to Canberra and Wellington, New Zealand.

The new strategy will seek to build upon investments made by the government including the Majura Parkway and see benefits to a group of Canberra regional councils cooperating on tourism and business efforts.

Freight would help slow the economic impact of federal job cuts. Mr Barr said figures showed in November 2013, public administration had made up 34 per cent of all ACT employment but cuts and hiring freezes had seen that number fall to 28 per cent in November 2015.

“I have seen firsthand how many of these small businesses are capturing the innovation of many Canberrans, and have developed products that have a worldwide application,” Mr Barr told the event.

Mr Barr said more than 12 million tonnes of freight comes into the ACT every year, with forecasts of an almost doubling in growth by 2030.

Early modelling of a scenario in which Canberra catered for the air freight needs of regional producers who currently use other airports shows a boost to the ACT and NSW gross state product of $11.9 million annually, potentially creating around 60 new jobs.

Outgoing federal Trade and Investment Minister Andrew Robb addressed the event, telling participants that movement goods and people from Australian cities to the world was fundamental to economic growth.

“When you enhance connectivity, in particular aviation links, you inevitably also boost trade and investment,” he said.

“In this respect it’s terrific to see what’s happening at Canberra Airport.

“As the only 747-capable, curfew-free airport between Brisbane and Melbourne, Canberra is an increasingly attractive alternative to sending freight from Sydney. In terms of the freight movements of goods and produce, recent experience shows how improved connectivity increases exports.”

Singapore Airlines’ new flights to Singapore and Wellington will start in September.

Flights from Singapore will arrive in Canberra on Mondays, Wednesdays, Fridays and Sundays at 8.35am. Passengers travelling on to the New Zealand capital will depart from Canberra at 9.50am.

In the other direction, flights from Wellington will arrive at Canberra Airport on the same days at 10.05pm and departing for Singapore at 11.30pm.

The relationship between the two Koreas is plunging towards rock bottom as their joint industrial complex — the last bastion of their reconciliation — has turned into a military zone with all its communication channels severed.

Seoul and Pyongyang exchanged barbs, shifting the blame to one another for the closure of the factory park in the North’s border city of Gaeseong. They are showing no signs of compromising to ease rising military tensions on the peninsula.

On Thursday, Pyongyang expelled all 280 South Korean workers from Gaeseong, effectively closing the complex that opened 12 years ago following the 2000 inter-Korean summit. It also froze all South Korean assets in the complex and declared it as a military off-limit zone.

This move came a day after Seoul decided to pull out of the complex as part of punitive measures following Pyongyang’s recent nuclear and missile tests.

“The South Korean government thinks that it is very regrettable for North Korea to have done such a wrongful act, and we would like to make it clear that the North should take all responsibility for things to come in the future,” he told a press conference.

He also issued a “grave warning” against Pyongyang’s decision to freeze South Korean assets in the Gaeseong complex and defended Seoul’s decision to pull out as a “difficult one (made) for national security and people’s safety.”

“Our citizens’ precious properties should never be harmed,” Hong said.

The South has made investments into the complex, estimated to be worth some 1.02 trillion won ($841 million). A total of 124 South Korean companies hired some 55,000 North Koreans to produce some 60 billion won worth of products every month.

As the North turned the factory park into a military zone, expectations have risen that the North might deploy more military assets to Gaeseong, a move that could sharply raise military tensions near the heavily fortified border.

Before establishing the complex, areas in and around Gaeseong were militarized with four infantry regiments — one artillery regiment, one armored battalion and one light infantry battalion — among other military installations. Some observers have speculated that these units could be deployed again.

Bilateral tensions have led to the suspension of inter-Korean civilian projects.

Following Pyongyang’s Jan. 6 nuclear test, cross-border programs such as a joint excavation of Manwoldae, a palace of the Goryeo Kingdom (B.C. 37 to A.D. 668) located in Gaesong, and a joint writing of a Korean dictionary, are to be suspended.

The severance of all bilateral communication lines is also expected to deepen inter-Korean enmity. It is the first time since the early 2000s that all civilian and government communication channels have been cut.

The Defense Ministry said that in case of a need to deliver a message to the North, the only possible way now will be through cross-border broadcasts. Some observers said that the two sides could also communicate through media outlets or via a third-party channel.

With military tensions and the absence of a stable dialogue apparatus, the Park Geun-hye administration’s peninsular “trust-building” process has come to a halt. Seoul has long argued that it will leave the door open for dialogue with Pyongyang, while sternly dealing with the reclusive regime’s military threats.

“This is a remarkable step to inspire a new generation of women clearly capable of top-tier roles in leadership along with men,” Shamsa Saleh,CEO, Dubai Women Establishment Dubai
(Supplied photo)

Women of the UAE – Emiratis and expats alike – have praised the strong representation by women in the country’s newly announce cabinet.

The 29-member cabinet now has eight women – five of whom were included among eight new faces announced by His Highness Shaikh Mohammed bin Rashid Al Maktoum, Vice President and Prime Minister of the UAE and Ruler of Dubai.

“We are delighted that a number of women have been appointed to a number of newly created positions in the UAE cabinet reshuffle – which has raised the representation of women to 27.5 per cent.

This is a remarkable step to inspire a new generation of women who are clearly capable of top-tier roles in leadership along with men. Opportunities such as these have never been greater for women in the UAE and we look forward to the difference these women will bring to the visibility of women in government and politics,” she added.

Sophie Le Ray, CEO of Nasaba Group, said the cabinet reshuffling is a natural progression in the UAE’s long history of empowering women.

“The UAE has been at the forefront of gender parity in the region since the 1970s, and so I’m not surprised by this development, and I am, of course, pleased by it,” she said. “It brings us even closer to realising the vision of Shaikha Fatima bint Mubarak when she first founded the General Women’s Federation in 1975, of including women as equal members in the political and professional sphere in the UAE.

“Even before this important change was made to the cabinet, Emirati women were very active in politics, holding 66 per cent of government positions,” she added.”Women have by no means lived in political shadow in this country, and this change is simply another step on the road to gender parity that the UAE has already been traveling on for 40 years,” she added. “The more women are incorporated in the UAE government, the more likely it is that other women will follow their footsteps, becoming active in politics and in the development of the economy.”Alisha Moopen, Executive Director and CEO of Aster DM Healthcare Hospitals and Clinics GCC, said women’s experience in raising families makes them excellent candidates for cabinet positions.

“Women are the caretakers of the home typically which is the smallest unit in a society. They are opinion shapers and decision makers in households,” she said. “Therefore, it is a natural choice for them to be part of the decision making at the national level too.” 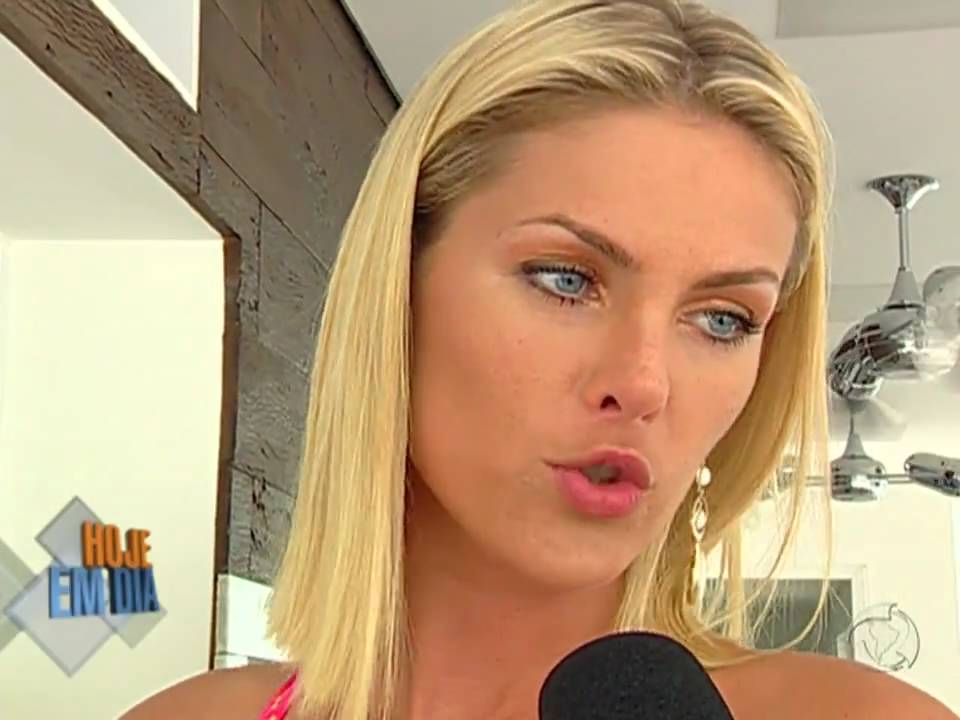