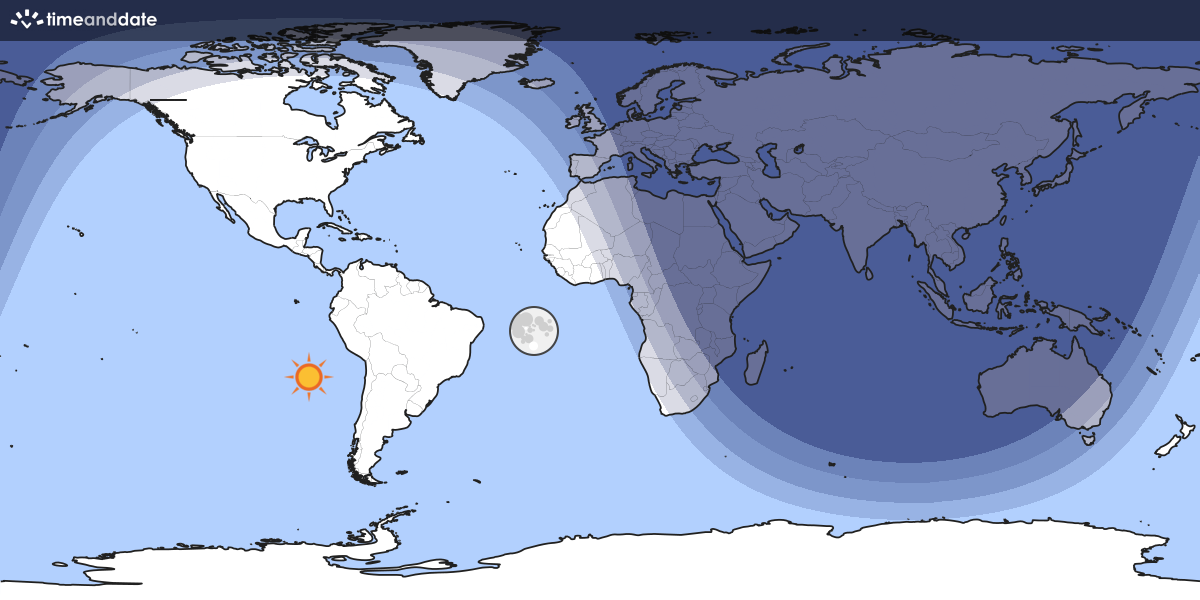 Prime Minister Malcolm Turnbull was so concerned about the sale of the Port of Darwin to a Chinese company linked to the Communist Party that he asked for a review of Australia’s foreign acquisition law a week before the controversial deal was announced by the Northern Territory government.

An insight into the concern around the cabinet table when the port deal came before the national security committee was revealed by Defence Department secretary Dennis Richardson on Tuesday.

He told a Senate inquiry into the much-criticised sale that Mr Turnbull had requested advice on whether the Foreign Acquisition and Takeovers Act needed to be changed.

The takeovers law deems that the sale of a state or territory-owned piece of infrastructure does not have to be approved by the Foreign Investment Review Board – something Mr Richardson described as “an apparent systemic issue” with the act.

Due to the exemption, the Commonwealth would have been powerless to intervene to stop the sale even if federal security agencies had raised objections.

Both Defence and ASIO gave their blessing for the sale to proceed.

But the signing of the 99-year lease over the port to Landbridge Group angered Australia’s key military ally the United States and led to a direct rebuke by President Barack Obama when he met Mr Turnbull in Manila recently.

The secretary of Landbridge, He Zhaoqing, is a former military officer and Landbridge runs what it calls “a people’s armed militia”.

Mr Richardson, a former Australian ambassador to Washington, conceded it was an “oversight” that the US was not briefed that Landbridge had won the 99-year lease but also argued it was the US embassy’s job to monitor a process that had not been kept a secret.

“It was an oversight … Any criticism we should have advised the US in advance is fair and I take accountability,” he said.

He said Defence, which had been monitoring the port sale since early 2014, had cleared the deal as if a FIRB process was going to go ahead because Treasury had only alerted officials of the exemption on September 15, a month before Landbridge was named as the winning bid.

“We did our due diligence very carefully. Nothing that has been said since the announcement has given us pause for thought,” he said.

Of the October 6 discussion by the national security committee, Mr Richardson said: “Specific attention was drawn to the fact that, even if departments and agencies had have objected, there was nothing the Commonwealth would have been able to do about it because of the 1976 Foreign Acquisitions and Takeovers Act,” he said

“As a result of that the Prime Minister asked the Treasurer [Scott Morrison] and the Attorney-General [George Brandis] to review that aspect of the legislation to see whether it should be changed.”

Earlier, Peter Jennings, executive director of the Australian Strategic Policy Institute, said there were real security and intelligence concerns around the sale.

He said the Chinese would have a “deep driving interest” in watching the operations of “competent Western military organisations” and the Port of Darwin hosts about 100 naval vessels a year. Northern Australia is also to host up to 2500 US marines in coming years.

“I would see that as 100 intelligence-gathering opportunities in terms of the interest China would have to find out big things and little things about how naval forces operate,” he said.

He said the 99-year horizon is the same period into the future as the Gallipoli landings are in the past and there is no way to know what the defence relationships will be like between the US and China and their relationships with Australia, Mr Jennings said.

“It’s impossible to know how the broader strategic world is going to look over the broader term of the lease.”

Mr Jennings warned that the sale had the ability to affect the US alliance and the US Navy would “deep concerns” about tying up and unloading in a Chinese-run port.

Mr Jennings pointed out that the US had knocked back Dubai Ports from buying into American ports.

Later, Mr Richardson, who was Washington ambassador at the time, said the Dubai deal was cleared by authorities but was overturned after it was announced.

“It ended up being a political decision,” he said.

Michael Hughes, director of Landbridge Australia told the inquiry that company approached FIRB on June 19. He said there were “no issues raised through the entire process” by FIRB or Defence.

Northern Territory Chief Minister Adam Giles has labelled the backlash to the port sale as “xenophobic”.

TASMANIA’S North-West is in the grip of a currency crime spree with counterfeit money being circulated in shops across the region.

Tasmania Police has issued reports of counterfeit money being passed in takeaway stores, service stations and other businesses since May when an alert was first issued for people to look out for fake $10 and $50 notes.

Police investigations are continuing on the back of reports that a fresh batch of fake notes have hit the tills.

On closer inspection, all the notes have the same serial number – DF 13801448 – and a texture unlike genuine notes.

The fresh investigation comes just a few months after the son of Tasmanian senator Jacqui Lambie pleaded guilty to four counts of uttering counterfeit money but escaped jail on the condition he attend drug rehab in Queensland.

The court heard that in July Dylan Milverton, 21, had passed, or had attempted to pass, counterfeit $50 notes in supermarkets, service stations and takeaway outlets.

Yesterday, another man faced Devonport Magistrates Court on multiple counts of possessing counterfeit notes and having the instruments and material needed to make the fake currency.

The case against Marlon Castanares Laguador was adjourned for him to reappear in the Burnie Supreme Court on February 1.

Sgt Boyd said all offences relating to counterfeit money fell under Commonwealth law and if convicted, offenders could face heavy fines and jail.

Under the Crimes (Currency) Act 1981, those convicted of making counterfeit money could face up to 14 years in jail.

Offenders convicted of uttering counterfeit money and possessing fake currency could be given jail terms of 12 years and 10 years respectively.

Police have asked anyone with information about the source of the latest counterfeit notes to contact Crime Stoppers on 1800 333 000.

Transport Reporter for The Age

Prolific: The red light camera at the junction of Cemetery Road West and Royal Parade in Parkville.

The validity of Melbourne’s most prolific red light camera has been questioned by the RACV, which fears some motorists are being improperly penalised.

The camera monitors an intersection where the traffic signals disappear from the line of sight of approaching motorists as they close in on the intersection, potentially increasing the risk that drivers will run the red.

The camera, at the corner of Cemetery Road West and Royal Parade in Parkville, has caught more motorists since it was turned on in October 2011 than any other red light camera in Melbourne.

In the four years to October, 28,436 motorists ran the red light while turning right into Royal Parade, being penalised a total $10.04 million in fines, figures from the Department of Justice show.
Advertisement

But the validity of some of those infringement notices is being questioned by Victoria’s leading transport group, the RACV following an engineer’s review of the busy intersection this week.

The review found multiple problems, chiefly the poor visibility to motorists of the three right-turn signals.
Two overhead arrows at the stop line cannot be seen by motorists from close to the intersection and a third, on the far side of the intersection, is difficult to see clearly.

The RACV has written to VicRoads this week after concerns were raised by a member of the public, calling on the authority to review the operation and design of the signals.

Dave Jones, the RACV’s manager of roads and traffic, said the transport group wanted to see an extra traffic light built at the approach to the intersection, potentially in the median strip.

He said the poorly positioned traffic lights were one of three irregularities at the intersection that could contribute to the very high number of red light infringements there.

The right turn arrow has a three-second phase before the amber light turns red, which is standard and is based on a turning speed of 45 km/h. But Mr Jones said the layout of the intersection was such that many motorists could take the turn at higher speeds.

“The broad sweeping curve of the right turn means that turning speeds may be higher than normal,” Mr Jones said.
It may be appropriate to extend the amber phase time to reflect this, the RACV argues.

“A review of the timing of the yellow signal phase, between the green and red phases is needed,” he said.
Stuart Newstead, associate director of the Monash University Accident Research Centre, said that if there was a flaw with the intersection design that prevented motorists seeing the traffic lights, that was bad for safety and a more serious problem than the potential for motorists to be unfairly fined.

“If people are breaching the signal because they haven’t actually seen the signal then that is a problem regardless of whether there is a camera there or not,” Associate Professor Newstead said.
He said the traffic signal could be made more visible by installing high-intensity LED bulbs. Almost 60,000 vehicles a day cross the intersection on average, VicRoads data shows.

VicRoads said it had no current plans to review the traffic signals or signage of the intersection. A spokeswoman said there were two displays for right turn traffic on the far side of this intersection.
“Drivers taking a right hand turn should be approaching at an appropriate speed to stop safely if the signal becomes amber,” she said.

Amber times at all intersections are guided by the AustRoads Guide to Traffic Management and calculated using the approaching speed limit.