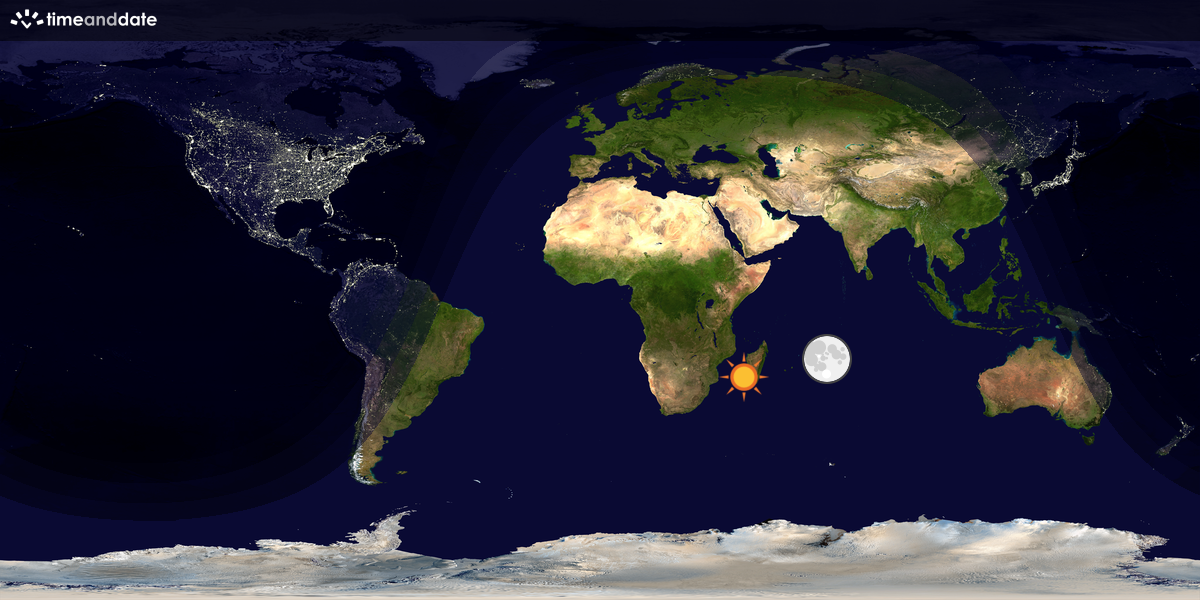 “Today marks another in a long series of milestones that our team has achieved on time, per plan, together,” said Keith Leverkuhn, vice president and general manager, 737 MAX, Boeing Commercial Airplanes. “With the rollout of the new 737 MAX – the first new airplane of Boeing’s second century – our team is upholding an incredible legacy while taking the 737 to the next level of performance.”

The production-complete airplane rolled out of the Renton factory and into the paint hangar on Nov. 30, the precise date determined when the MAX development schedule was defined more than four years ago. Today the freshly painted 737 MAX 8, named the Spirit of Renton, was revealed to employees in a special teal version of the Boeing livery. After celebrations are complete, the airplane will undergo pre-flight preparation in the factory before departing for Renton Field to continue flight test readiness. The airplane is on track for first flight in early 2016.

With the second and third 737 MAX 8 flight test airplanes currently in final assembly and the fourth (and final) in sub-assembly, the 737 MAX remains on track for first delivery to launch customer Southwest Airlines in the third quarter of 2017.

The new single-aisle airplane will deliver 20 percent lower fuel use than the first Next-Generation 737s and the lowest operating costs: 8 percent per seat less than the A320neo.

The 737 MAX incorporates the latest technology CFM International LEAP-1B engines, Boeing-designed Advanced Technology winglets and other improvements to deliver the highest efficiency, reliability and passenger comfort in the single-aisle market. The 737 MAX 8 is the first member in Boeing’s new family of single-aisle airplanes – the 737 MAX 7, MAX 8, MAX 200 and MAX 9 – to begin production. The 737 MAX family has nearly 3,000 orders from 60 customers worldwide.

More than a decade after its maiden flight, the popularity of Airbus’ A380 has never been higher among airline passengers around the world – evidenced in part by this game-changing jetliner’s recent recognition as Best Aircraft Type by the U.S. publication Global Traveler.

The honour was voted by Global Traveler’s travel-savvy readership as part of its 11th annual Tested Reader Survey Awards, which were presented last night during a ceremony held in Beverly Hills, California, USA. It marked the first time the Best Aircraft Type distinction was won by a non-Boeing airliner.

On hand to accept the award on 8 December was Airbus’ Head of A380 Business Acquisition, Didier Nasarre – who in his speech explained how passenger preference increases brand value for airlines, citing the A380 as a primary example.

The A380 provides a typical capacity of 544 passengers in a 4-class configuration, seated on two spacious decks. Boosting the strong customer appeal is its unmatched passenger comfort and quietness, to the point where 65 per cent of passengers would take the extra effort to fly on an A380, according to recent studies.

Airbus knows how much passengers appreciate the A380, as well as how vocal they can be. It is for this reason the company launched its A380love.com website with a digital “social wall” that gathers and displays all the incredible feedback from A380 travellers worldwide.

The A380 love isn’t exclusive to passengers, however, as airlines are quite smitten as well. This flagship Airbus jetliner is proven to attract high-revenue travellers day after day, stimulating demand and offering the best capacity to match requirements at peak hours. By combining the opportunity to capture growth, unmatched comfort and global accessibility, the A380 enables airlines to define new opportunities – and own the sky.

In addition, the A380 boosts branding sentiment – showing an average increase of 40 per cent, and clearly stands out as the most popular aircraft in an airline fleet. 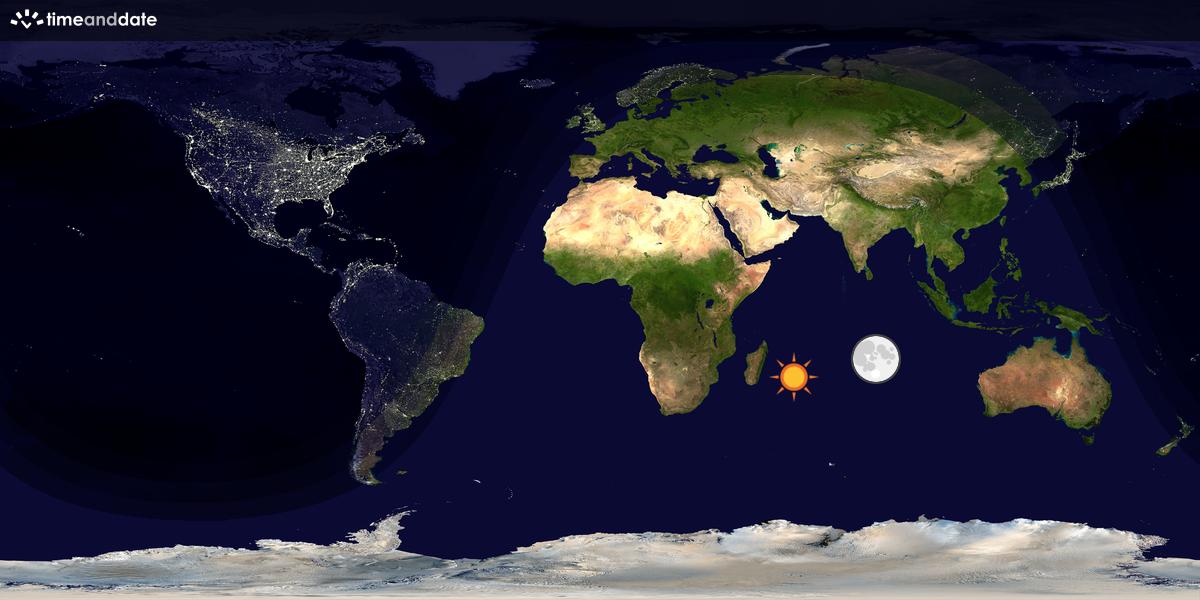 Serbian playmaker Nebojsa Marinkovic scored two goals in as many minutes to secure a 2-1 win for Perth Glory against Central Coast at nib Stadium on Saturday night.

Irish striker Roy O’Donovan put the Mariners ahead after the 28th minute before Marinkovic scored from a free kick just past the hour mark and then produced the coolest of finishes only two minutes later to secure Glory’s first victory since October 25.

The win lifted Glory off the bottom of the Hyundai A-League table, replaced by the Mariners, but still seven points adrift of the top six.

0-1 Roy O’Donovan (28’) – Storm Roux stripped possession from Diego Castro mid-pitch and sprinted about 35m towards goal before passing off to O’Donovan, who broke a four-game scoring drought by threading the ball perfectly between Glory goalkeeper Ante Covic and the near-post.

1-1 Nebojsa Marinkovic (62’) – Glory’s set-piece specialist snared the equaliser for the home side when he brilliantly curled the ball around the wall on a low trajectory as Mariners goalkeeper Paul Izzo remained motionless.

2-1 Nebojsa Marinkovic (64’) – The Serbian playmaker scored his second goal in as many minutes and put Glory ahead with a cool finish past Izzo after running on to a cleverly directed header from teammate Chris Harold.

Liam Rose will regret his careless challenge on Glory midfielder Gyorgy Sandor in the 62nd minute. The defensive midfielder recklessly stuck a foot out as Sandor moved into his path, earning a yellow card in the process. Perth then quickly took the ball up the pitch for Marinkovic to net his second goal in as many minutes and seal the three points for the home side.

Perth has dominated recent contests between the two teams. The 3-2 win in the opening round of the season is only time Central Coast has tasted victory in the past six against Glory and four of those matches have ended with the three points being awarded to men in purple.

Diego Castro was one of three high-profile international recruits added to Perth’s squad during the off-season, but the Spaniard is yet to live up to the expectations that have come with his signature. Castro regularly turned the ball over against the Mariners, including one dismal attempt to maintain possession that led directly to O’Donovan scoring the opener and Glory falling 1-0 behind. Castro was eventually substituted in the 79th minute.

Kenny Lowe’s men will attempt to ride the high of their first win seven weeks into Wednesday’s clash with title contenders Melbourne Victory before backing up against league leaders Western Sydney on Saturday.

Expect plenty of soul searching in the Central Coast camp over the next eight days before next Sunday’s clash with Brisbane Roar in Gosford where the Mariners will desperately try to secure their first win since Round 1 and their first points in a month.

Second half goals to Mark Bridge and the excellent Romeo Castelen has spurred Western Sydney Wanderers to a 2-0 win over Melbourne Victory at Pirtek Stadium on Saturday night.

In an action-packed clash befitting a top-of-the-table contest, the Wanderers continued their incredible winning streak to suggest there’s a new favourite for the title.

It’s now seven wins in a row for the Wanderers while Victory drop to third on the back of two straight defeats.

1-0 Bridge (54’) – Scott Neville’s defence-splitting pass released Romeo Castelen in behind the Victory defence, the Dutchman unselfishly squaring to Bridge for a simple tap-in at the far post. A well-worked goal.

2-0 Castelen (79’) – Picking up possession about 30 yards from goal, Castelen played the ball one side of Georgievski before racing around the other side and regaining the ball. He tried his luck from a tight angle and it was too hot for Danny Vukovic to handle, sneaking in at the near post.

In a pulsating first half which ebbed and flowed from end-to-end, Victory had a couple of great chances to edge in front.

First following an Andrew Redmayne fumble, Daniel Georgievski hit a pile-driver towards goal which hit Besart Berisha and smashed onto the crossbar and down…but not over the line.

Less than 10 minutes later Kosta Barbarouses – after a brilliant one-two with Berisha – almost beat Redmayne, with Scott Neville clearing his poked effort off the line.

The Wanderers made the most of their next chance after the break and the three points was theirs.

The win was the Wanderers first against Melbourne Victory in their last five meetings dating back to the 2013-14 season.

It’s also the first time Victory have lost back-to-back matches in the A-League since Australia Day in 2014.

Bridge’s goal means he has now scored in each of his last four starts.

What a cracking 90 minutes it was at Wanderland.

The Hyundai A-League’s top two put on a show for the 17,000+ fans in a contest that lived up to the pre-game hype.

The match had a bit of everything. Sublime football, great atmosphere, missed chances, a couple of penalty shouts and some great skill.

No doubt these two are destined to meet again at some point during the finals.

Vukovic has been one of the form goal-keepers in the A-League for a number of seasons now but he came up with a shocking error for the Wanderers second goal.

Sure Castelen’s strike had plenty of venom behind it but the experienced gloveman should have done better than parry it into his own net.

Once that goal went in, it was always going to be a bridge to far for Victory to mount a fightback.

Another week, another win for the Wanderers. With each victory it’s starting to feel a lot like it was in the club’s debut season where they went all the way to the Premiers’ Plate. Tony Popovic’s side has now opened up a four-point gap at the top of the ladder ahead of a trip to Perth Glory next Saturday night.

That’s now two losses on the spin for Victory. While it’s nowhere near a crisis yet, it hasn’t be the same high standards we’ve come to expect from Kevin Muscat’s side over the last 18 months. They get a chance to rectify things on Wednesday night with their rescheduled clash, also away at Glory.